Here’s a large selfie for my last Huế post! I got super sunburned during the tour. Also, bikini top in the window is not mine. 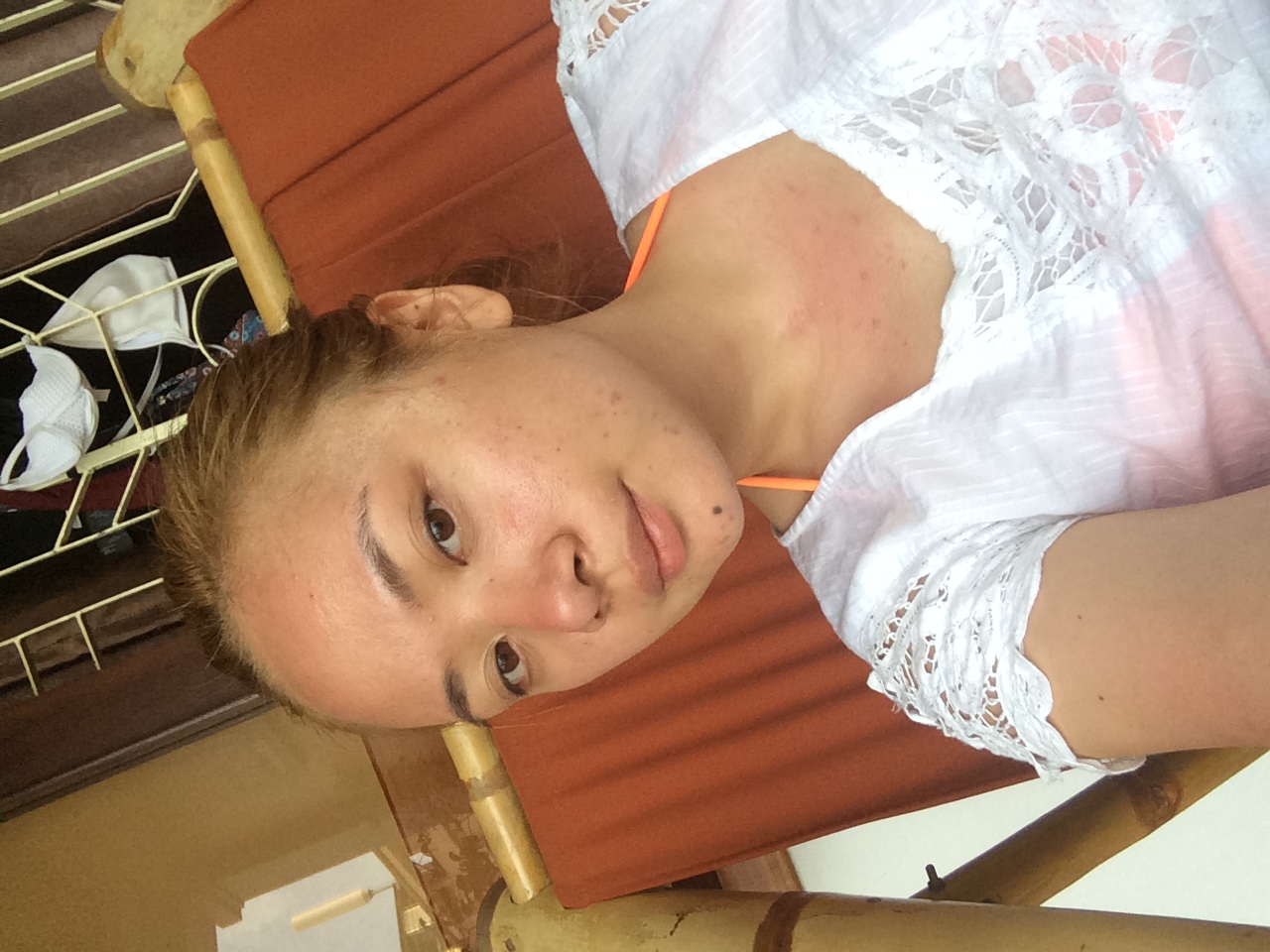 I stayed in Hue Backpackers Hostel, where they initially told me I had no booking even though I have paid for it already when I booked online. After a lengthy discussion, with the staff rechecking their system a number of times, I got checked in. Later that night, I took advantage of the Buy 1 Take 1 cocktail drinks. I had 4 glasses of Dragon Lady and Frozen Daiquiri. 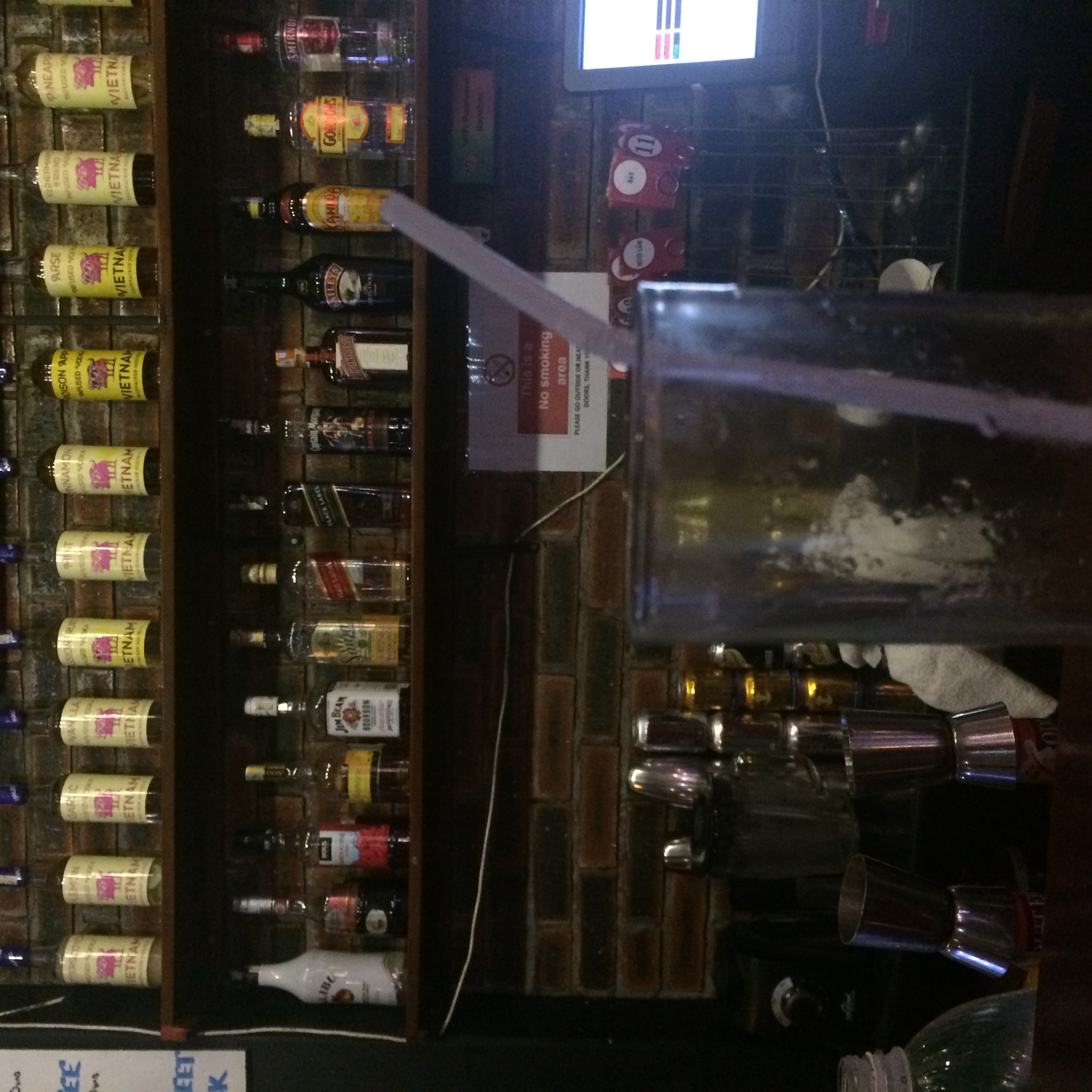 I stopped drinking when I got tipsy and started eating my dinner. I was too lazy to look for another place to eat in, so I had a plate of Chef’s Balls (lol at the name haha) and Iced Milk Tea. I usually sit in a bar and just talk to the bartender, instead of getting a table. It’s also because I honestly do not know how to make friends while traveling alone. People I’ve interacted with usually think I’m outgoing, but first encounters usually make me feel very awkward, it just doesn’t show. Hahaha! 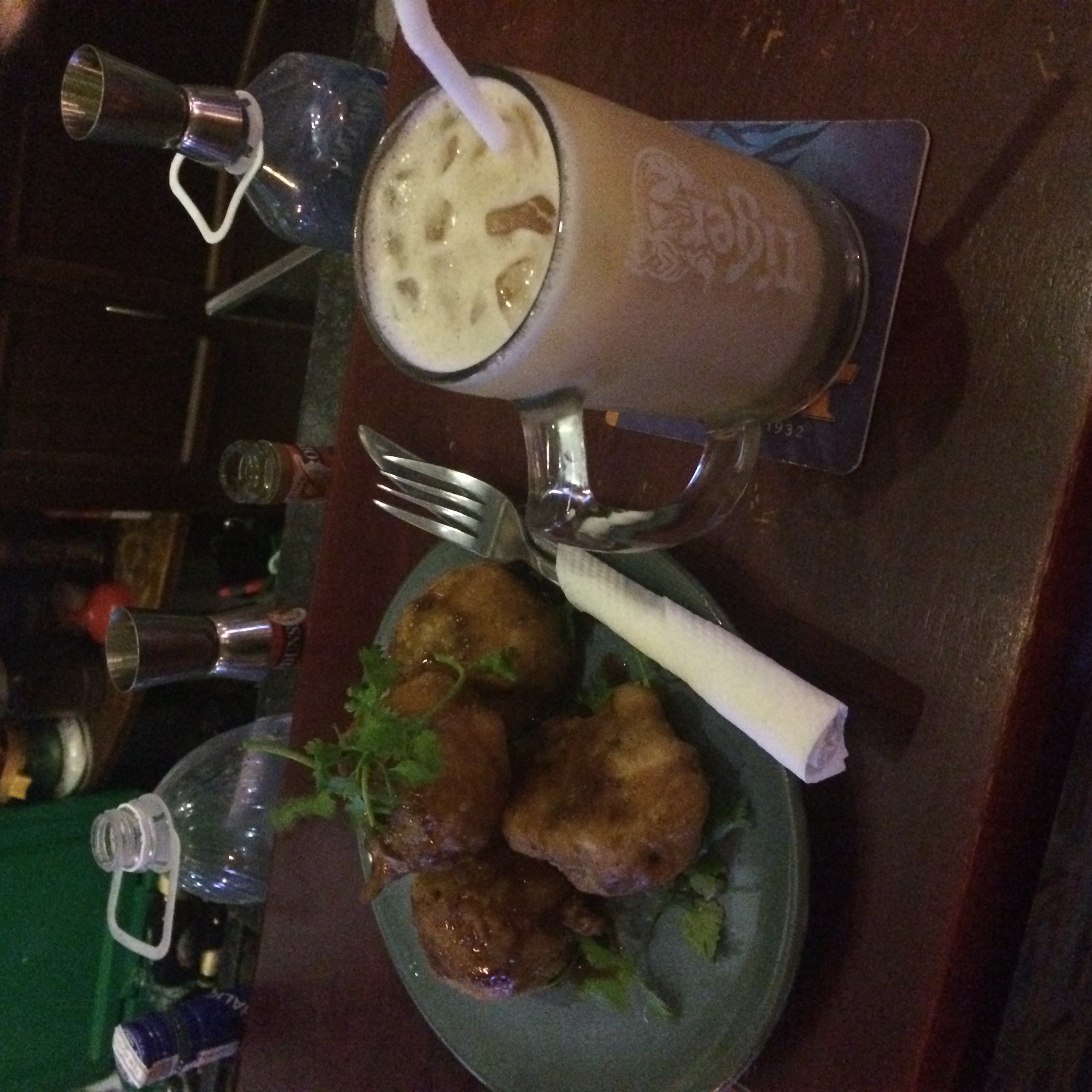 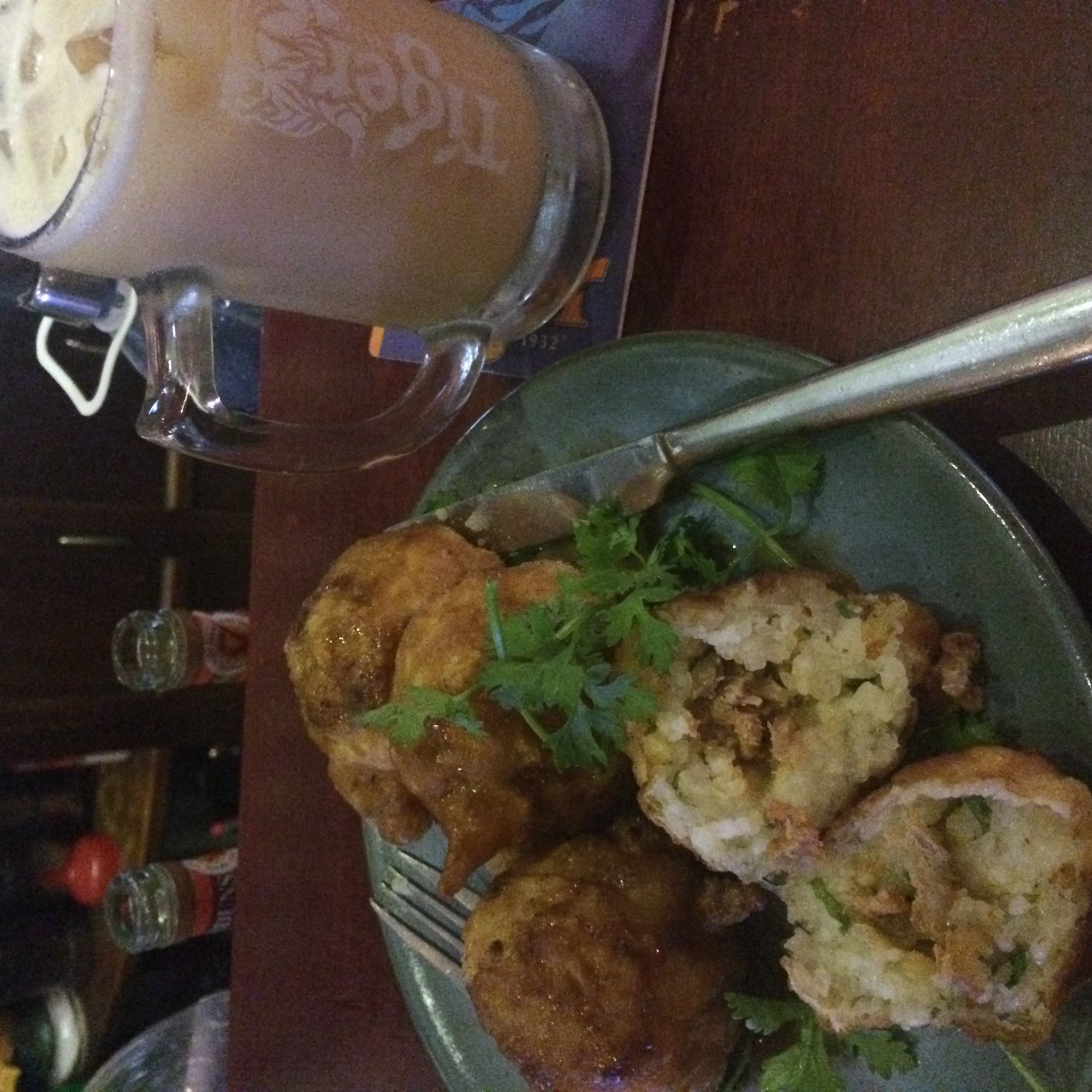 Since it was still a bit early, I went out of the hostel to look at the night market. I used the river as a basis and there were some colorful boats docked, and women in their traditional ao dais hanging out. I feel like, during this trip, I have gotten better in reading maps that even though I was.. not so sober, I got myself where I wanted to go. This is easily one of the most idiotic things I did during this trip – drink and take a walk alone at night. Fortunately, some of my common sense was still intact and I didn’t whip out my phone to take photos. I just scoured the night market for unique finds and ate some more. 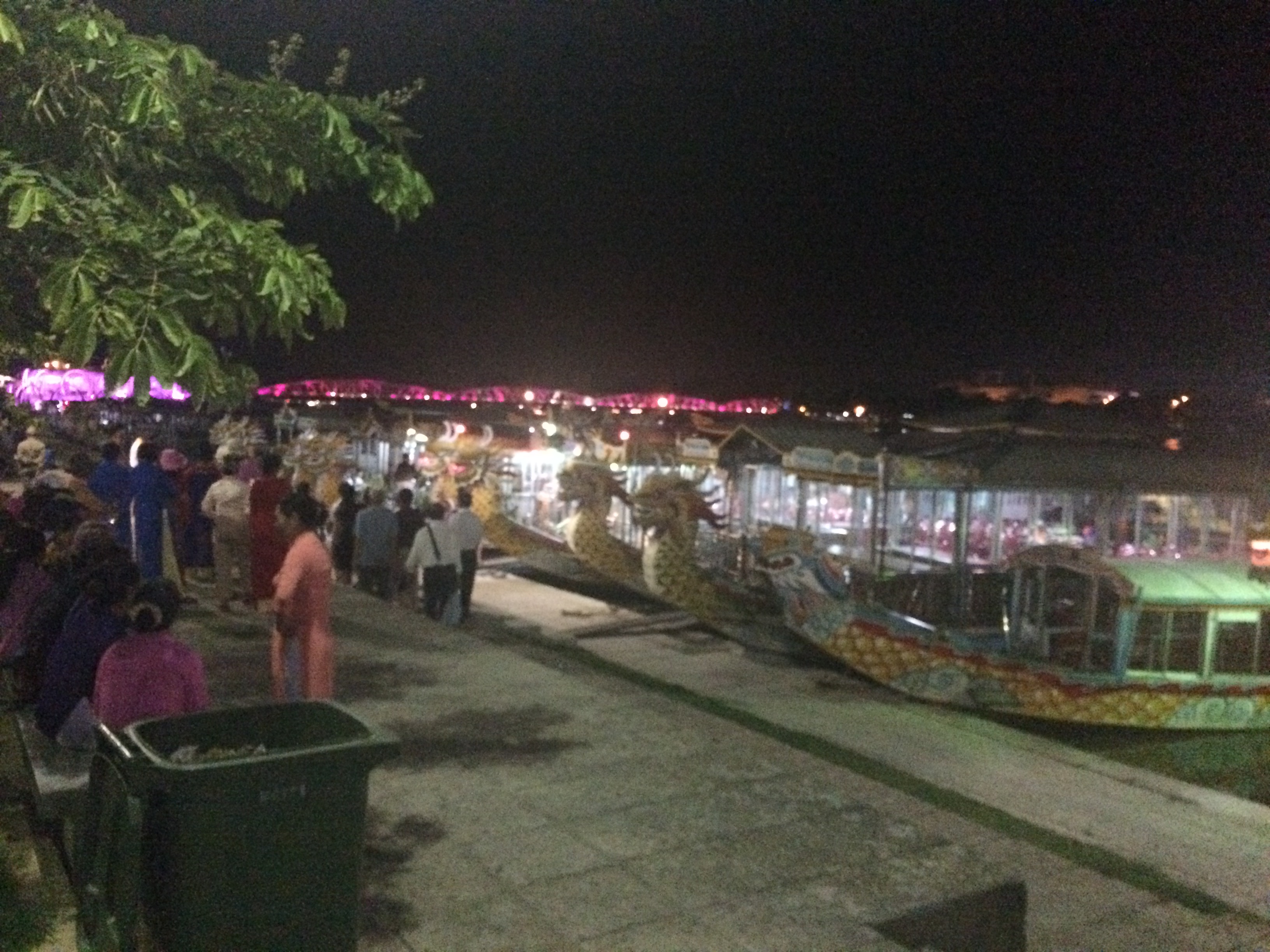 Fortunately for me, I found my way back to the hostel in one piece, although significantly fuller. My roommates were all European – a group of French girls, and solo travelers from Norway and Amsterdam. Both solo travelers were nice enough, our common thing aside from traveling solo is our complaint about the bathroom. The shower wasn’t working and the air-conditioning wasn’t the best, but I guess that’s what you get for AUD 10. I liked the bathroom from my previous hostel better. 😛 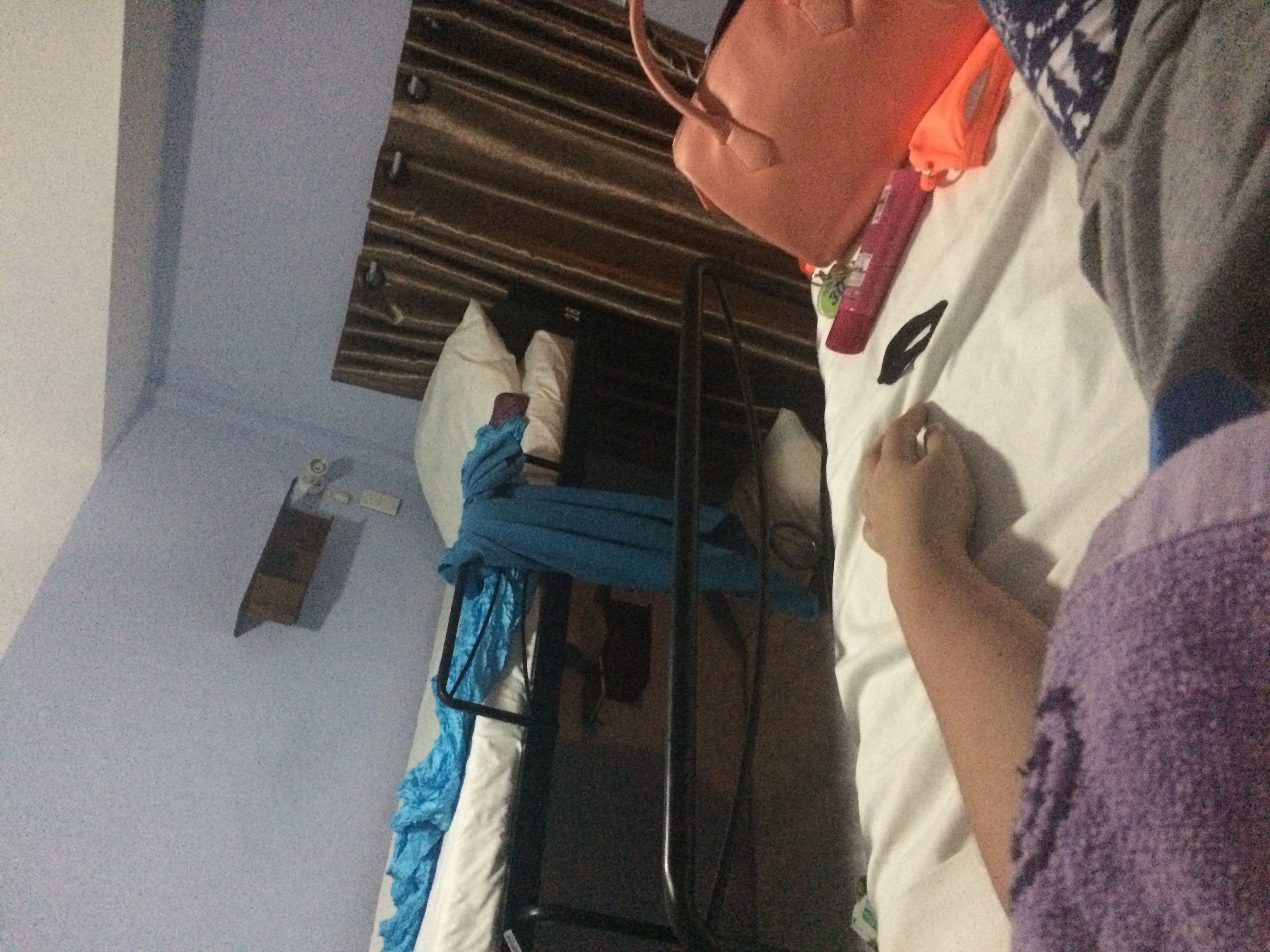 Initially, my plan was to spend only a full day in Huế (which was why I booked the day tour) before taking another train out. But I guess something about this place has made me so comfortable that I stayed for another day. I spent the day walking around the city without any destination in mind. I passed by Truong Tien Bridge, that connects the north and south parts of the city, in the morning and returned in the afternoon. 🙂 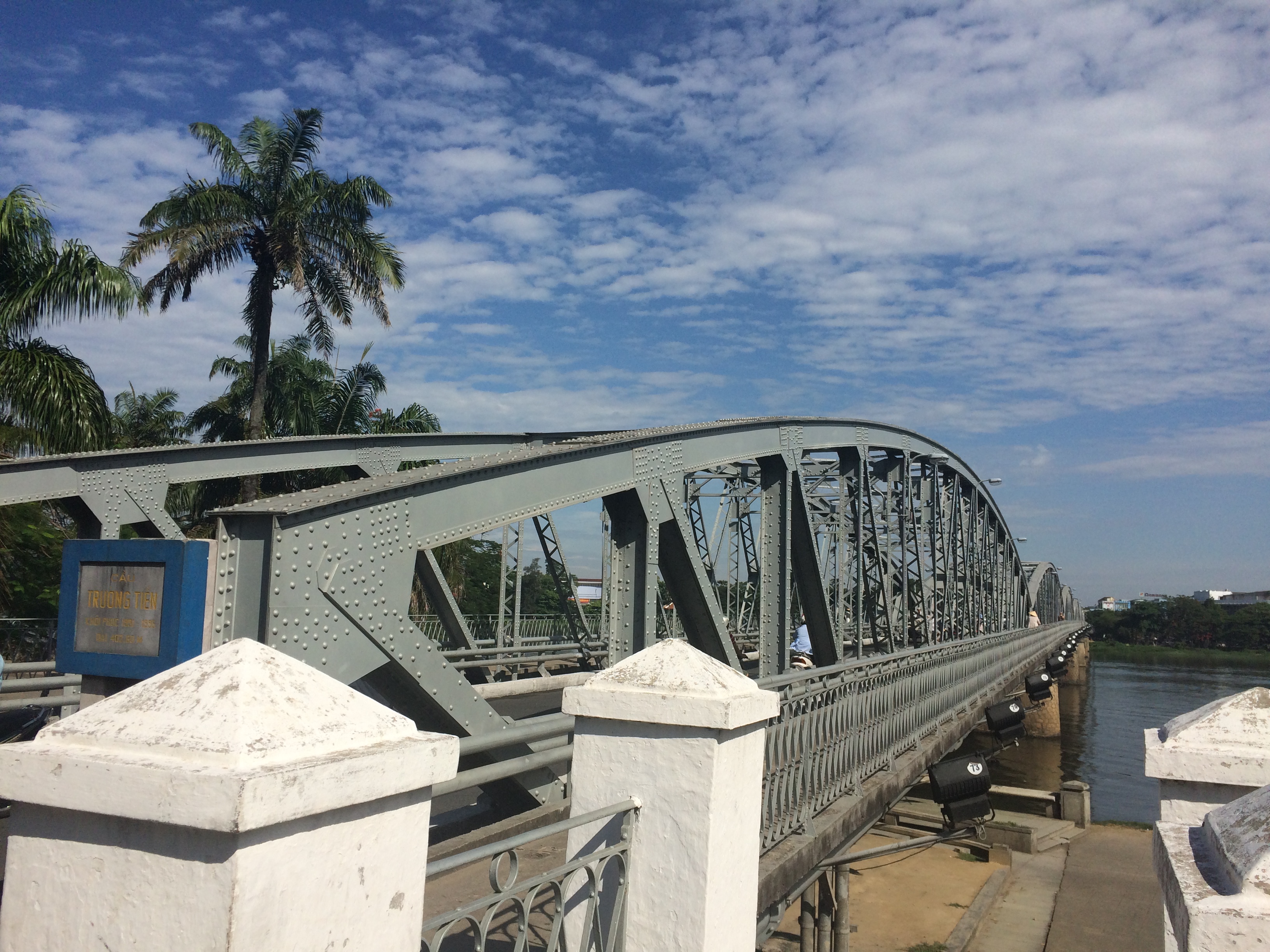 I usually do not go inside malls while traveling, but I went to a department store and found Fahasa Bookstore which sells international books translated into Vietnamese. 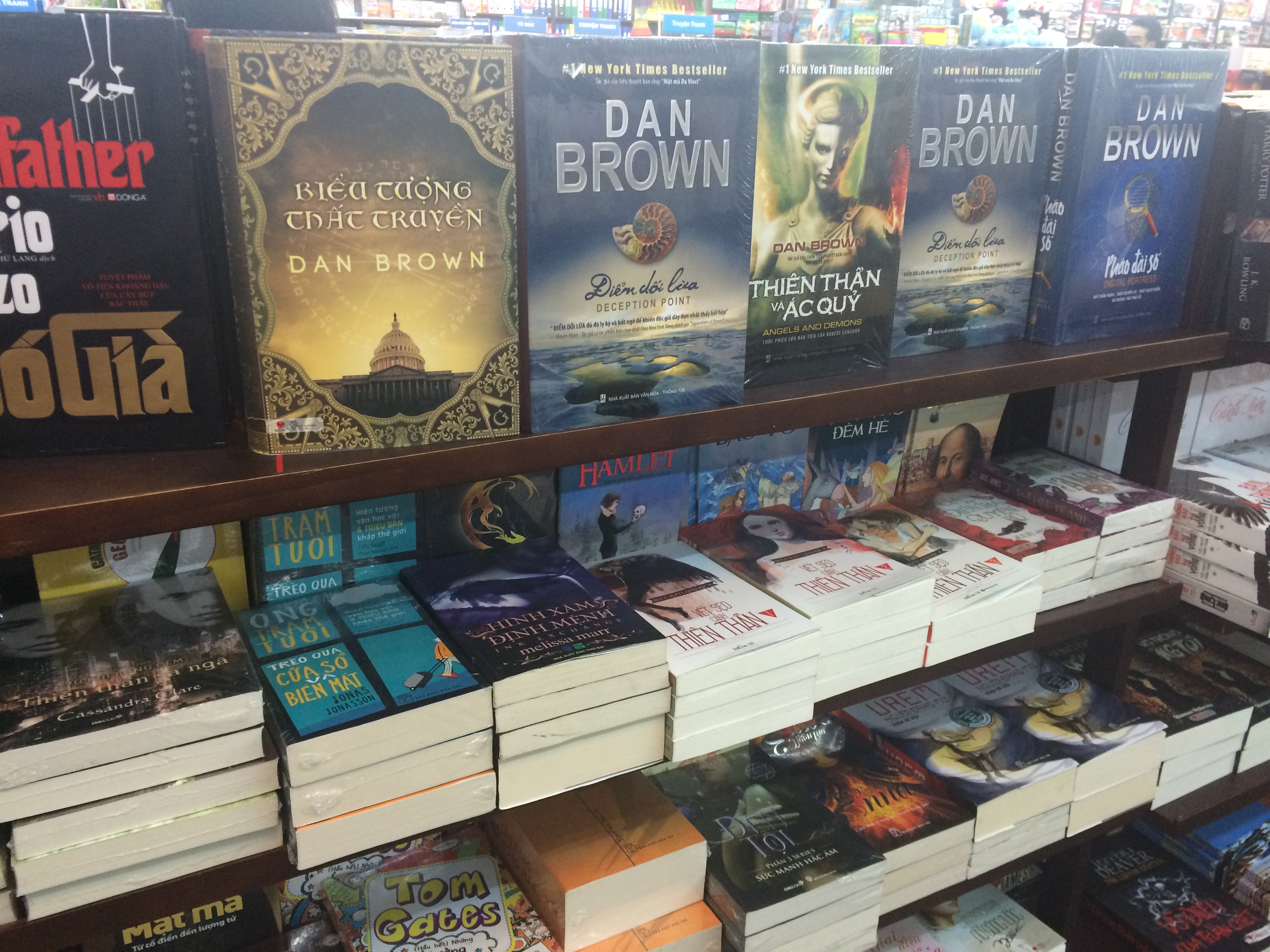 The Harry Potter books were super cheap! I found a Bloomsbury edition in UK English (English books, finally!), and was so tempted to buy the whole set (I’m a hoarder). I resisted the urge because my backpack limits my tendency to buy so many unnecessary trinkets (thank God), but I did buy a few detective novels I haven’t read before for the 20-hour train ride to Ho Chi Minh. 🙂 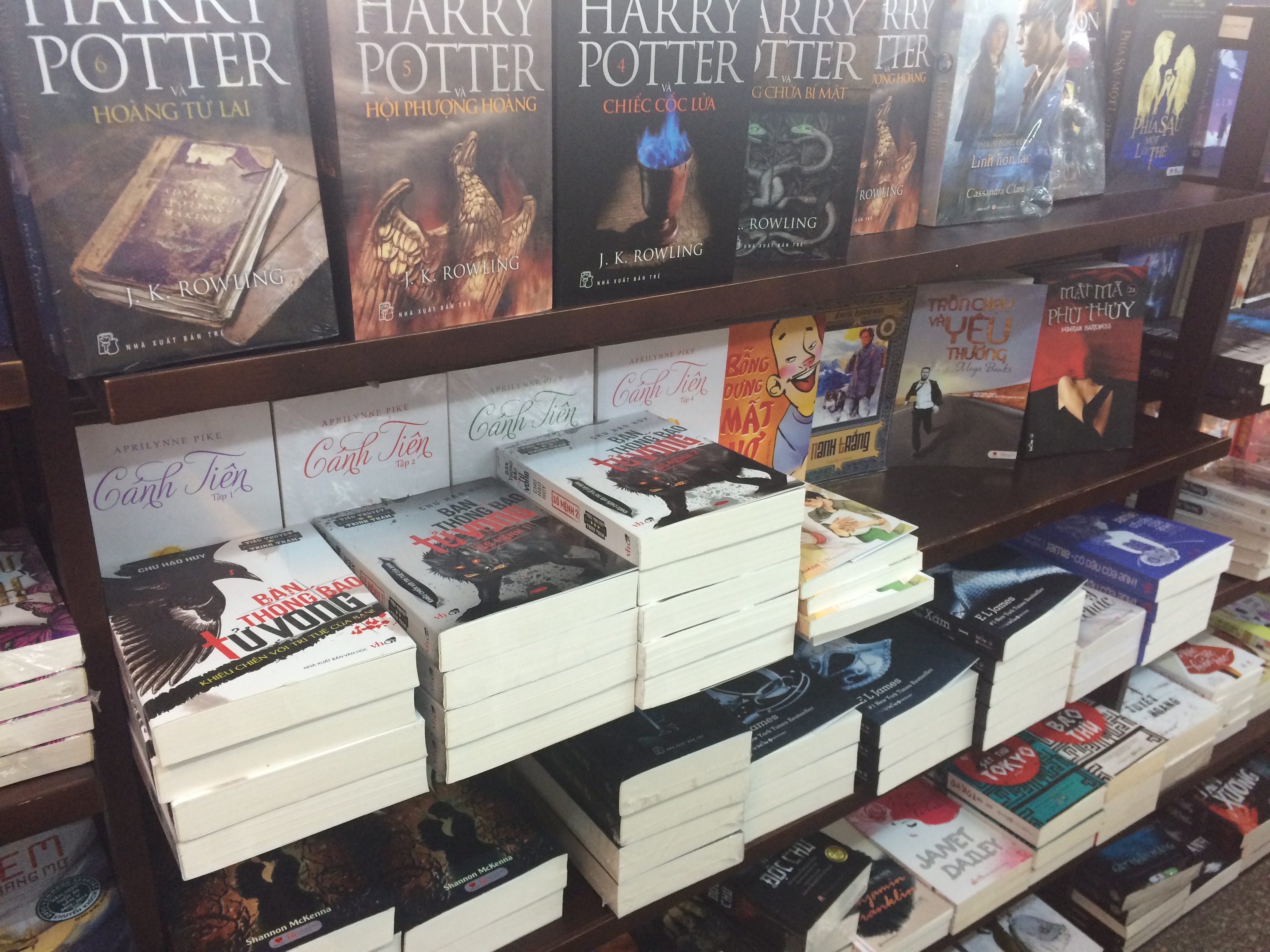 I am sorry to say that I don’t have any more photos from this day. Primarily because I spent it walking around, sitting in cafes and restaurants to read, contemplating about life and thinking about the things I usually have no time for (what do sharks eat when there are no humans around..while Jaw is playing in my head?, what should I do if a quicksand magically appears and I fall in?, I wonder what else I can eat here.. among other random thoughts) and drinking coffee with strangers. It honestly felt like a taste of how life could be if I just up and quit my job to travel. Maybe someday? What I do know for sure is that I will be back to Vietnam and stay longer. 🙂

Next up, Ho Chi Minh!