My new mantra has been ‘just make it fucking work’. So I’ve taken an hour of my time every day to sit down and work on some of my travel posts, edit my pending travel videos.. and basically just do something that’s not stressful because there’s no pressure to make money off of it. While a lot of people who don’t share their content online for public consumption think that people make blogs (or vlogs) to try and make money, I simply do it to document my random musings in life. In fact, this blog is even an expense for me since I’m paying for the domain and writing down everything takes a huge chunk out of my limited free time. I always try to write when my creative juices start flowing, but lately, my life as a corporate slave has drained me. Couple that with a lot of adult responsibilities, most of the hours I steal away to write end up with me sitting in front of my laptop with absolutely nothing to say. Don’t you ever reach a point in your life when you wonder how your younger self, managed to wax off an intricately written prose without the life experiences to back it up? I often feel like I have lived more and have more to say now than then, but it’s also the reason why there’s a roadblock between the thoughts I want to convey and the words that will do so. Can I go back in time and ask my younger self to work on that?

Also, can I go back to Seoul and have cheese dakgalbi one more time? 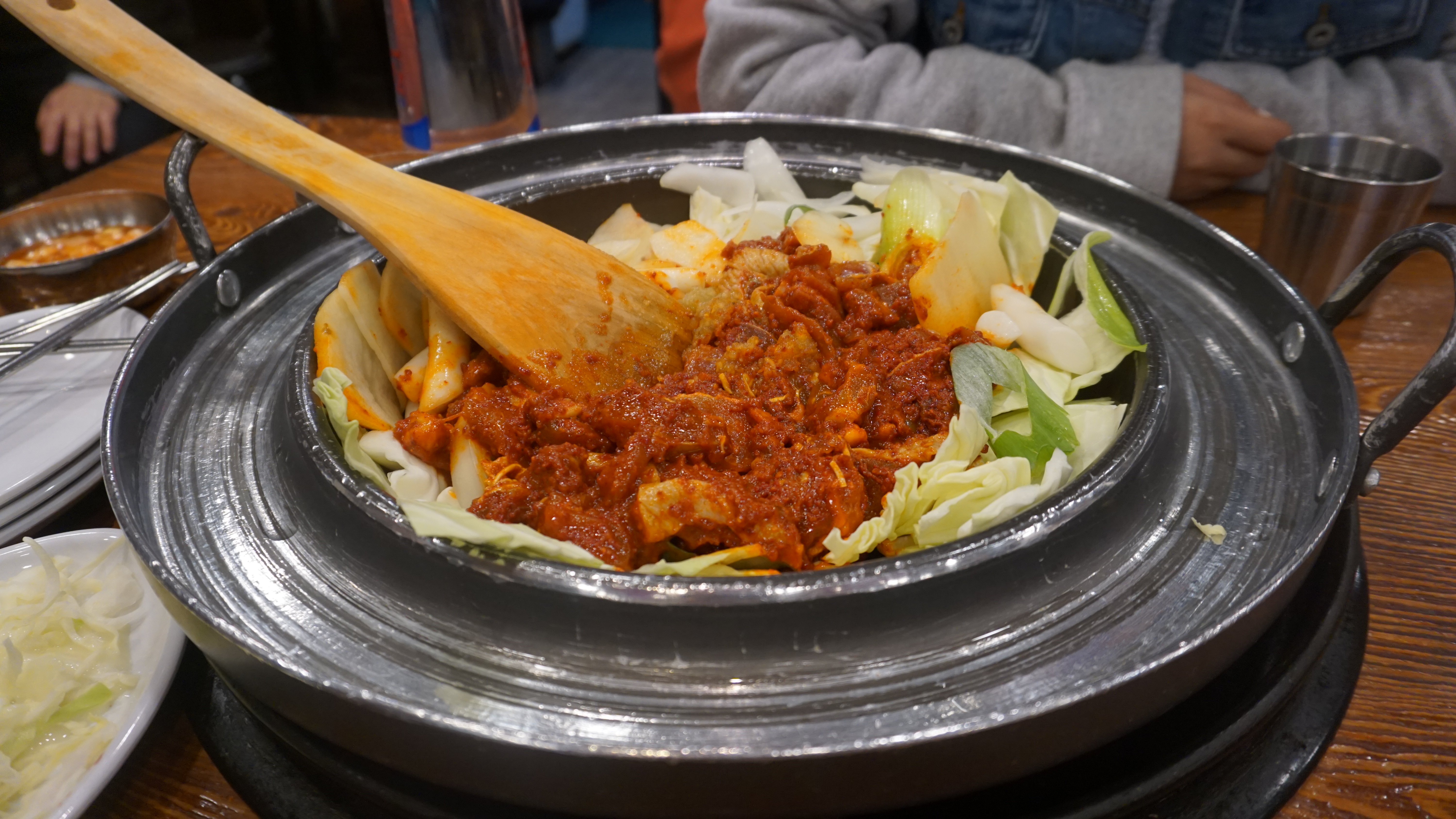 Our fifth day in Seoul started pretty late. Unfortunately, when I got back to the apartment the night before and had the chance to check my messages, I realized why people snooze work notifications while they were on vacation leave. I never really found a reason to do so while I was working for all my previous jobs, but apparently, there’s a first time for everything. There were a plethora of messages from a couple of people from work regarding the meeting they had with the client. I get rashes and stomach ache whenever I get anxious, and I have managed to avoid that at work since I mentally prepare and steel myself on weekdays. Since I was on vacation, all my guards were down, and so I ended up covered once again with anxiety rashes. Not the best holiday experience. After that, I disconnected my phone from the internet because I was pissed to be uncomfortable while I was in Seoul.

But I digress. We headed to Heyri Art Valley which was included in our itinerary since my sister knew that I enjoyed the drama ‘Boys Over Flowers’. Apparently, there were a lot of scenes that were shot here, and it is also pretty popular among other dramas since we managed to stumble upon another taping while we were here. I’m not sure which drama they were filming at the time, but the scene we saw was of the female lead(?) missing the bus, and running after the bus while screaming “ajhusshi!”. They used real buses so they had to have multiple takes and they waited for the buses to arrive. It’s crazy to think how many times they had to film the exact same scene over and over. (I also ended up laughing really loud from across the street when the character’s screaming actually brought a bus to a halt because the ahjusshi stopped for her lol)

However, I guess you have to head here during the weekends or on public holidays to find the place bustling. Since we went on a weekday, the place was a ghost town. It’s also not tourist-friendly because even with the number of the museums located here, there were no English information anywhere and we couldn’t buy a ticket for anything. I can’t believe we traveled all the way out of Seoul to spend an afternoon in a ghost town. 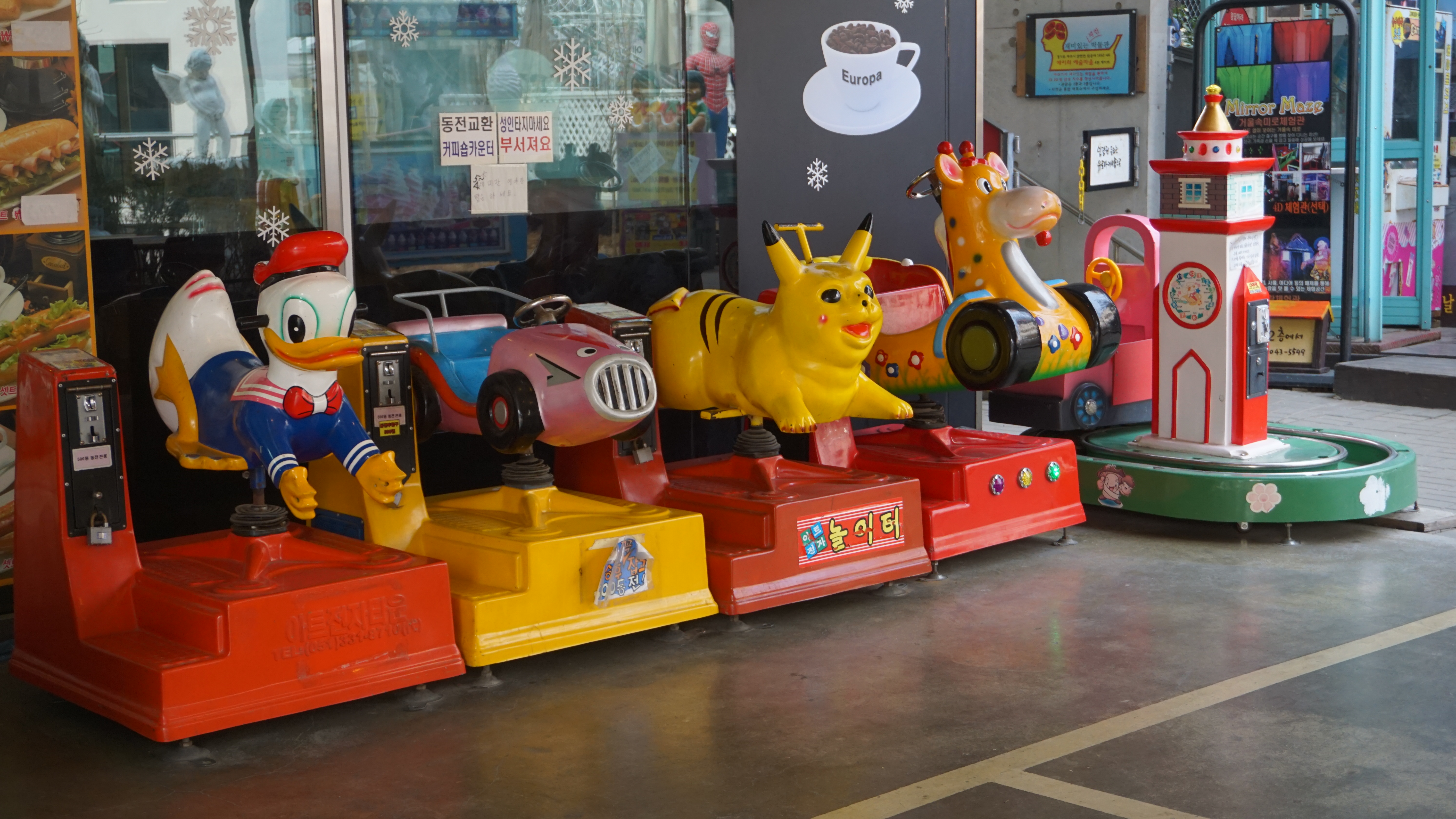 So we did what we could (like my new mantra says haha), and simply took a lot of photos. 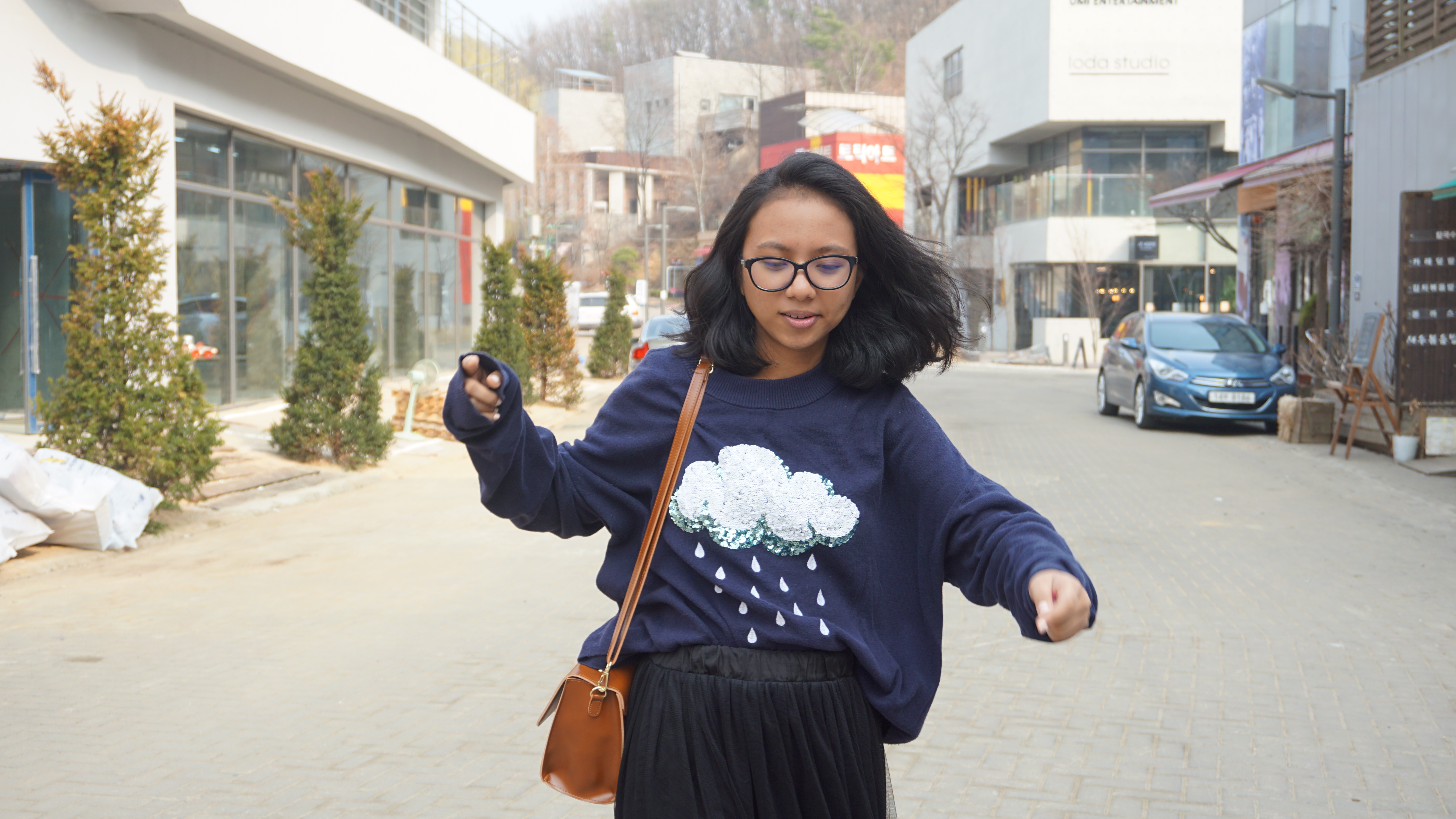 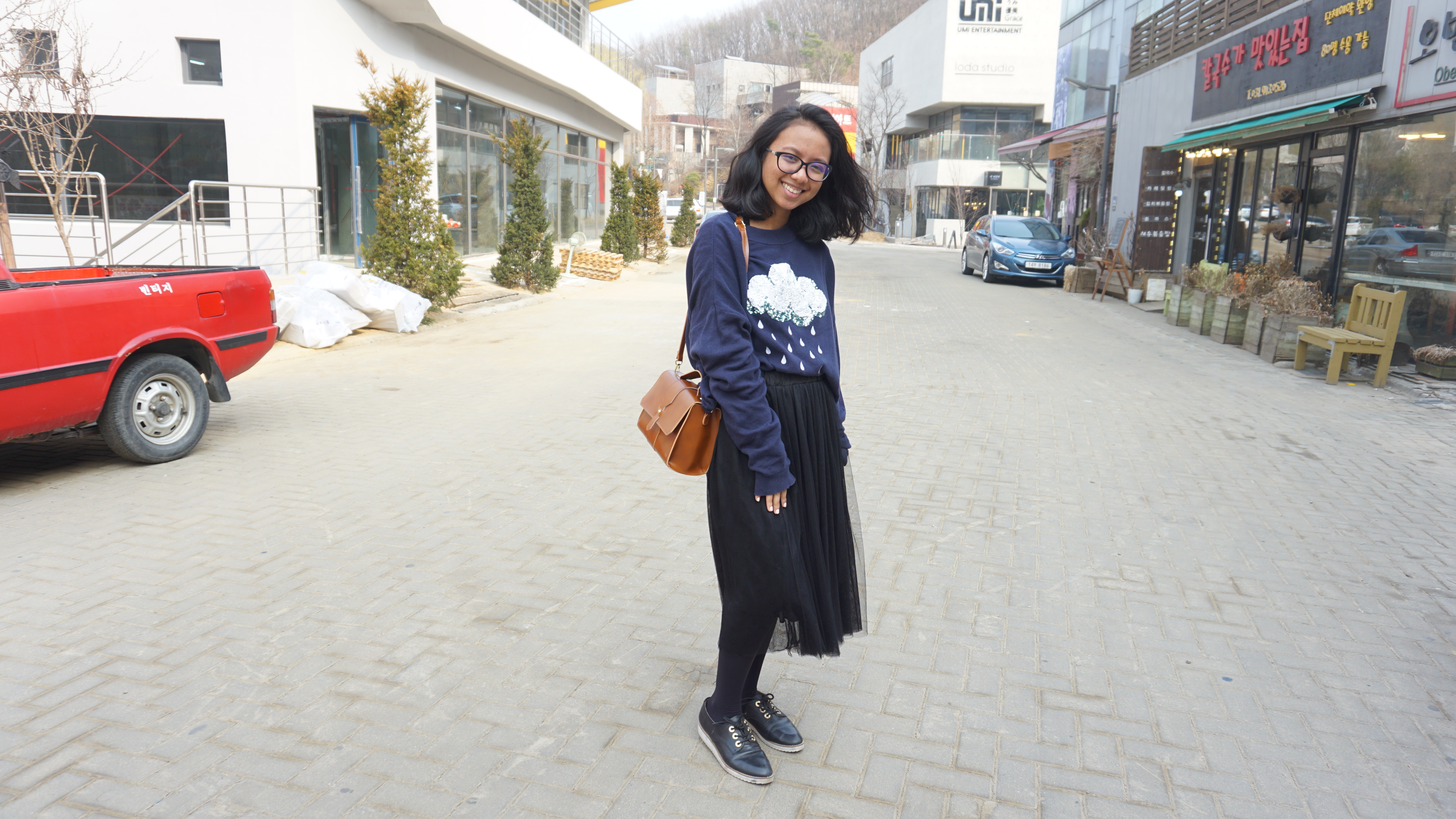 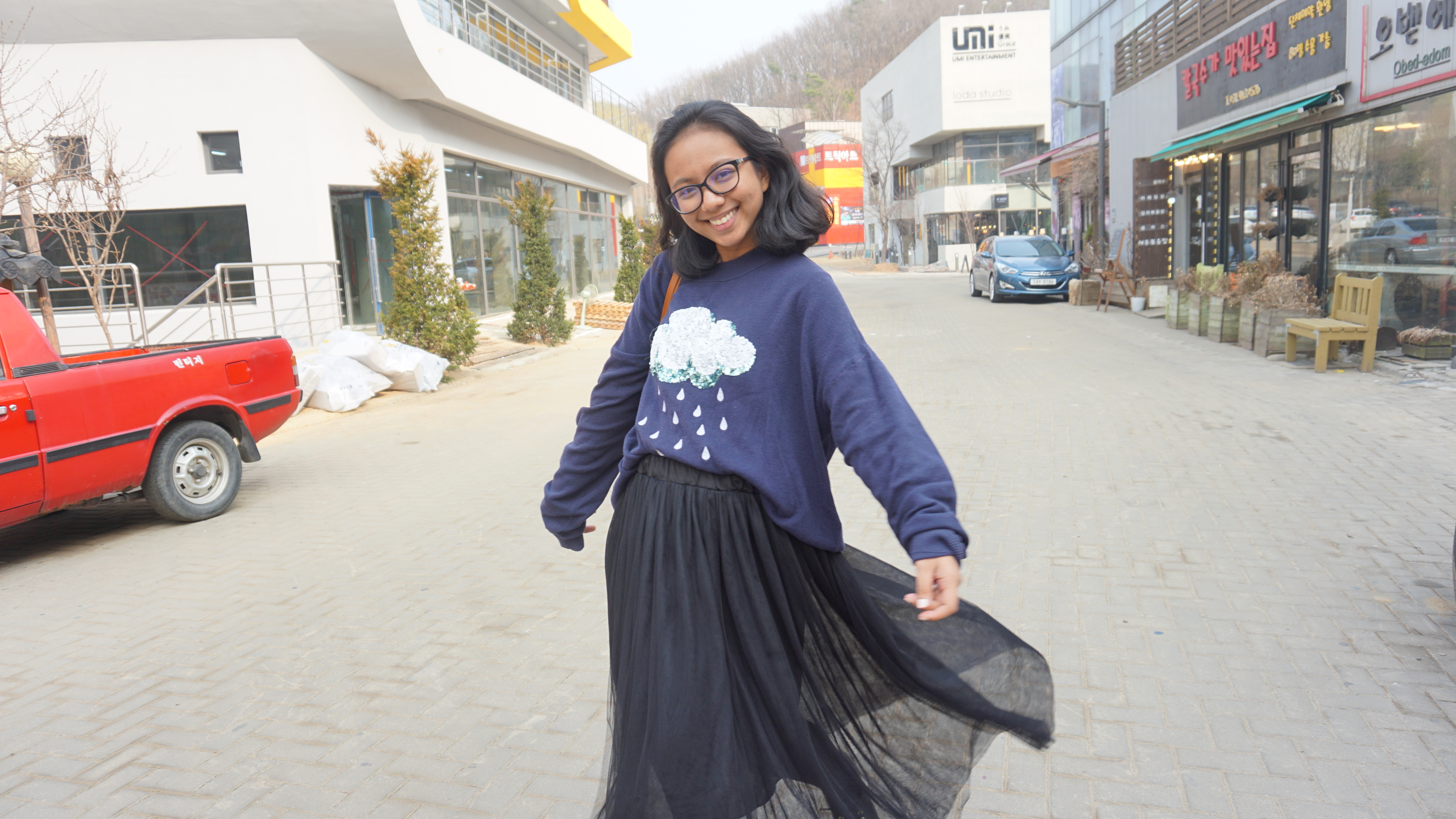 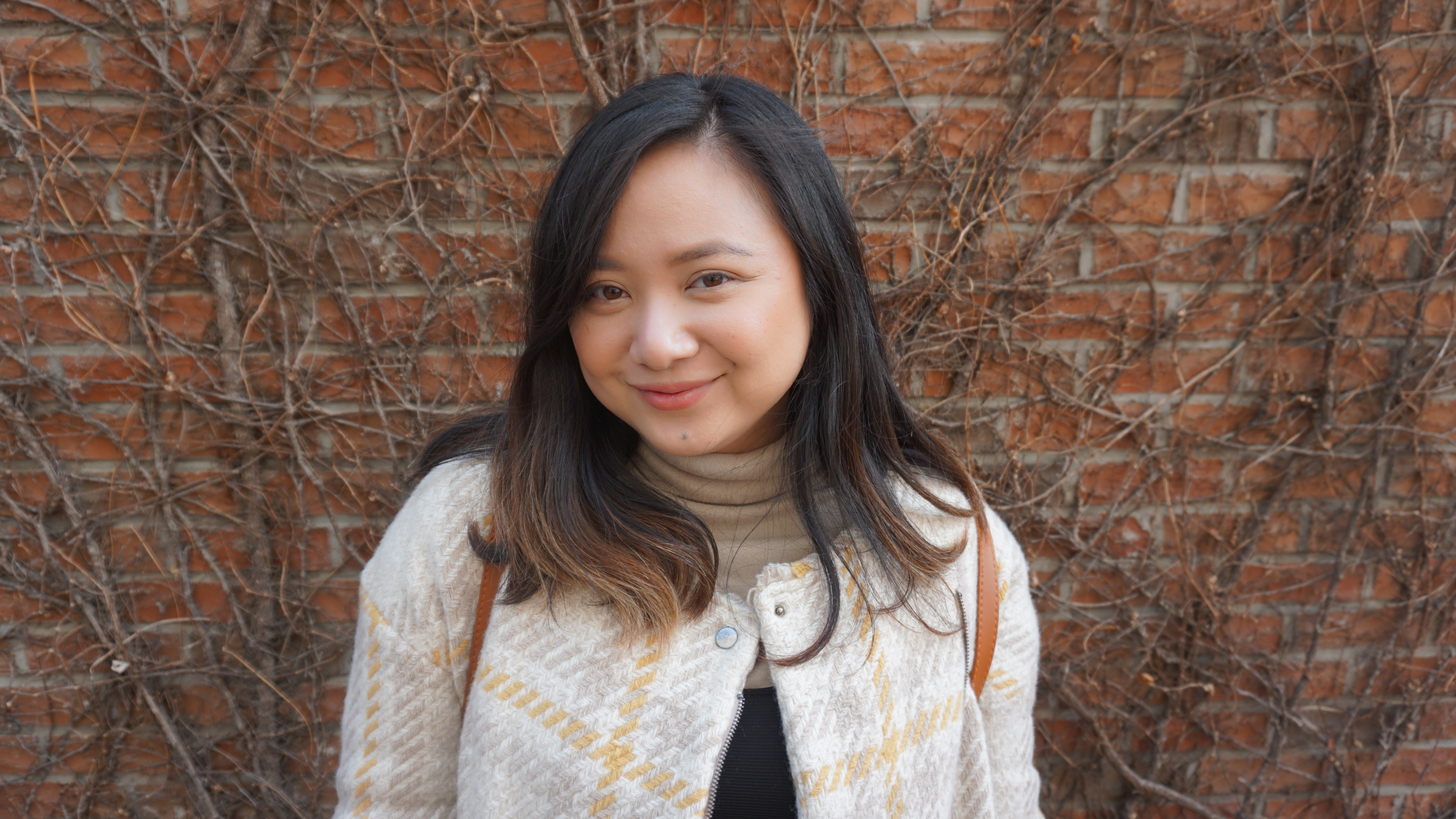 Heyri Art Valley is boring for anyone who cannot speak Korean and is looking for something to do. But it is an instagrammer’s haven. It’s bursting with great architecture, and a better photographer would have made stunning photos out of this place. 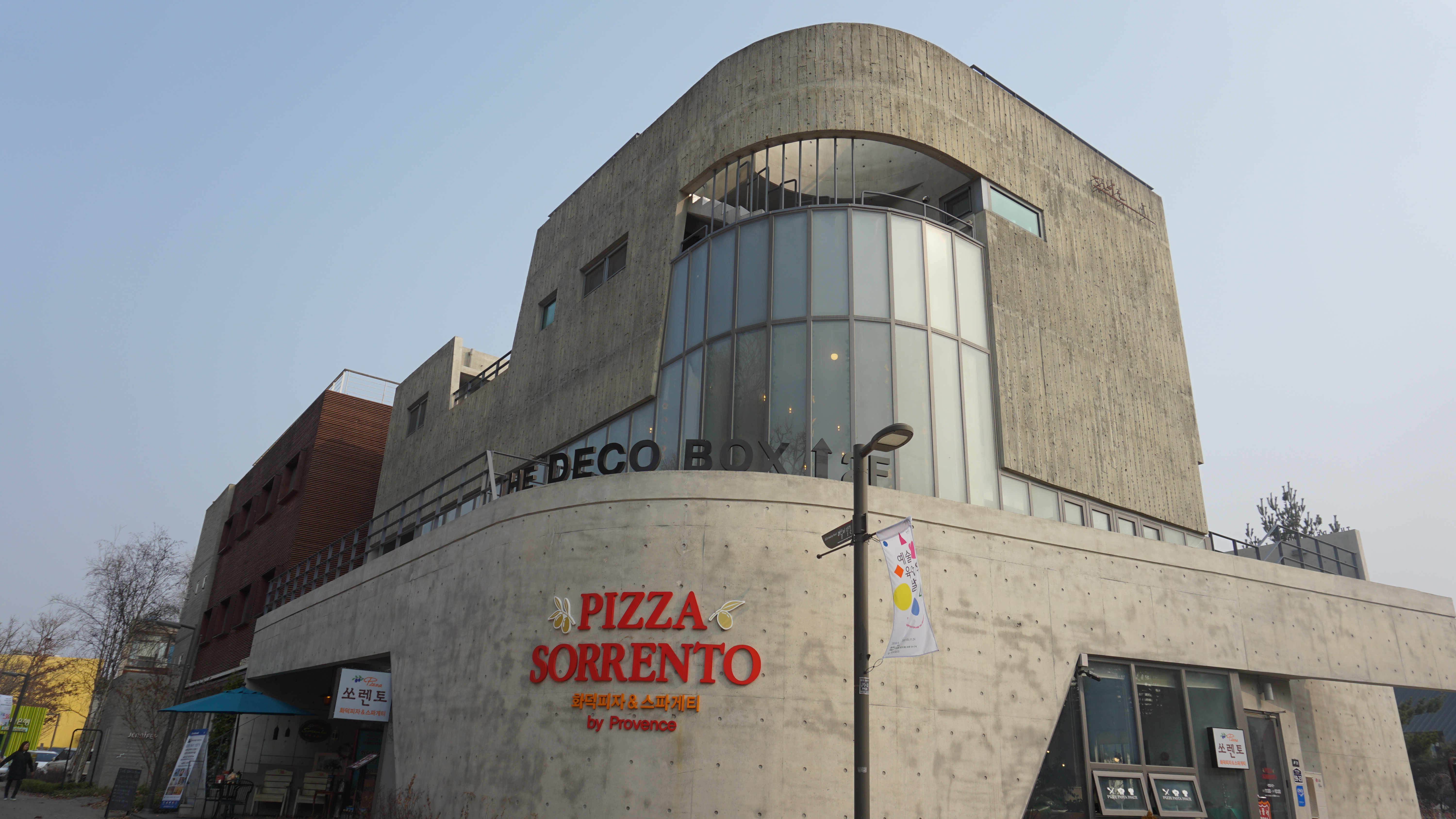 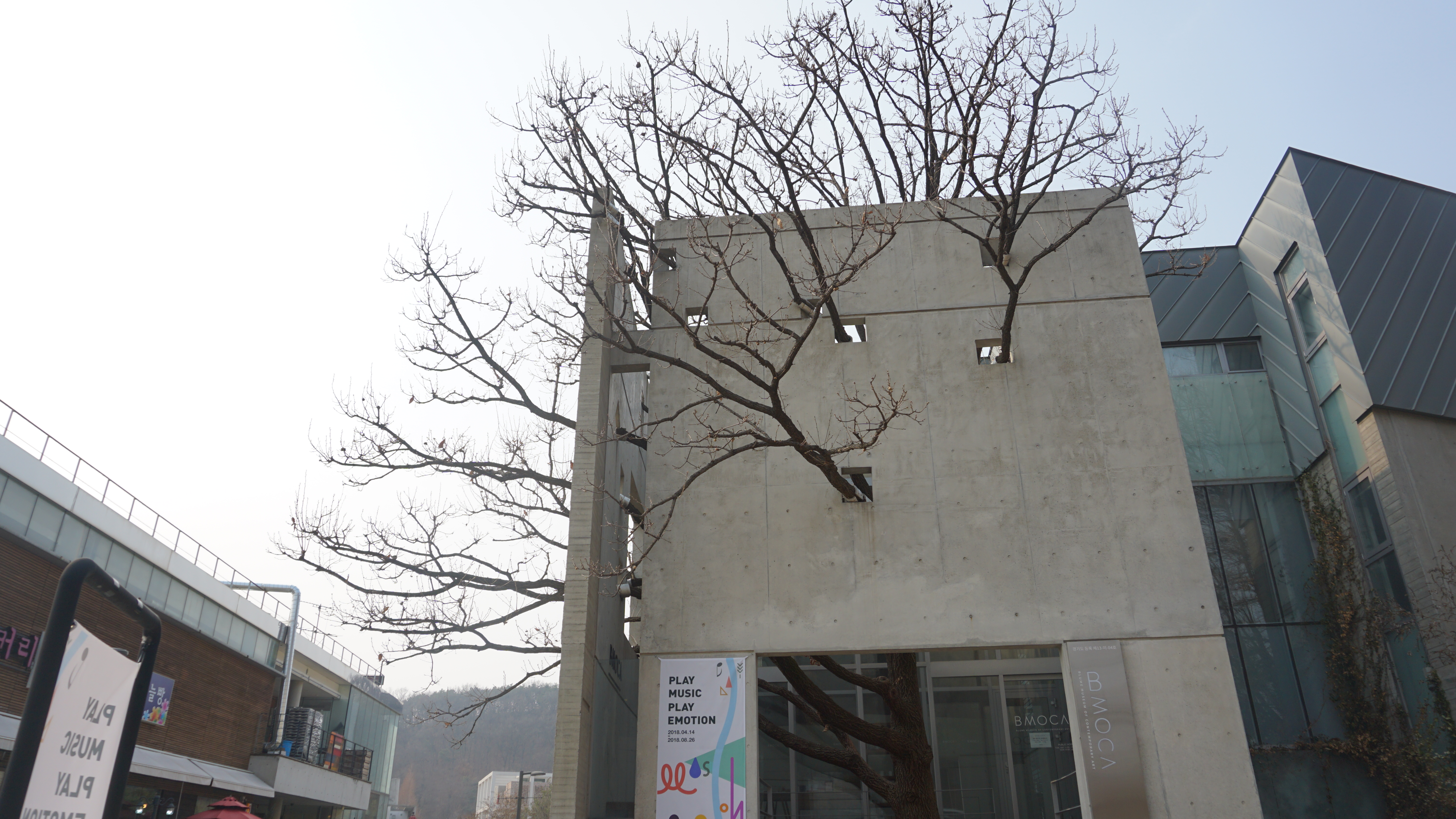 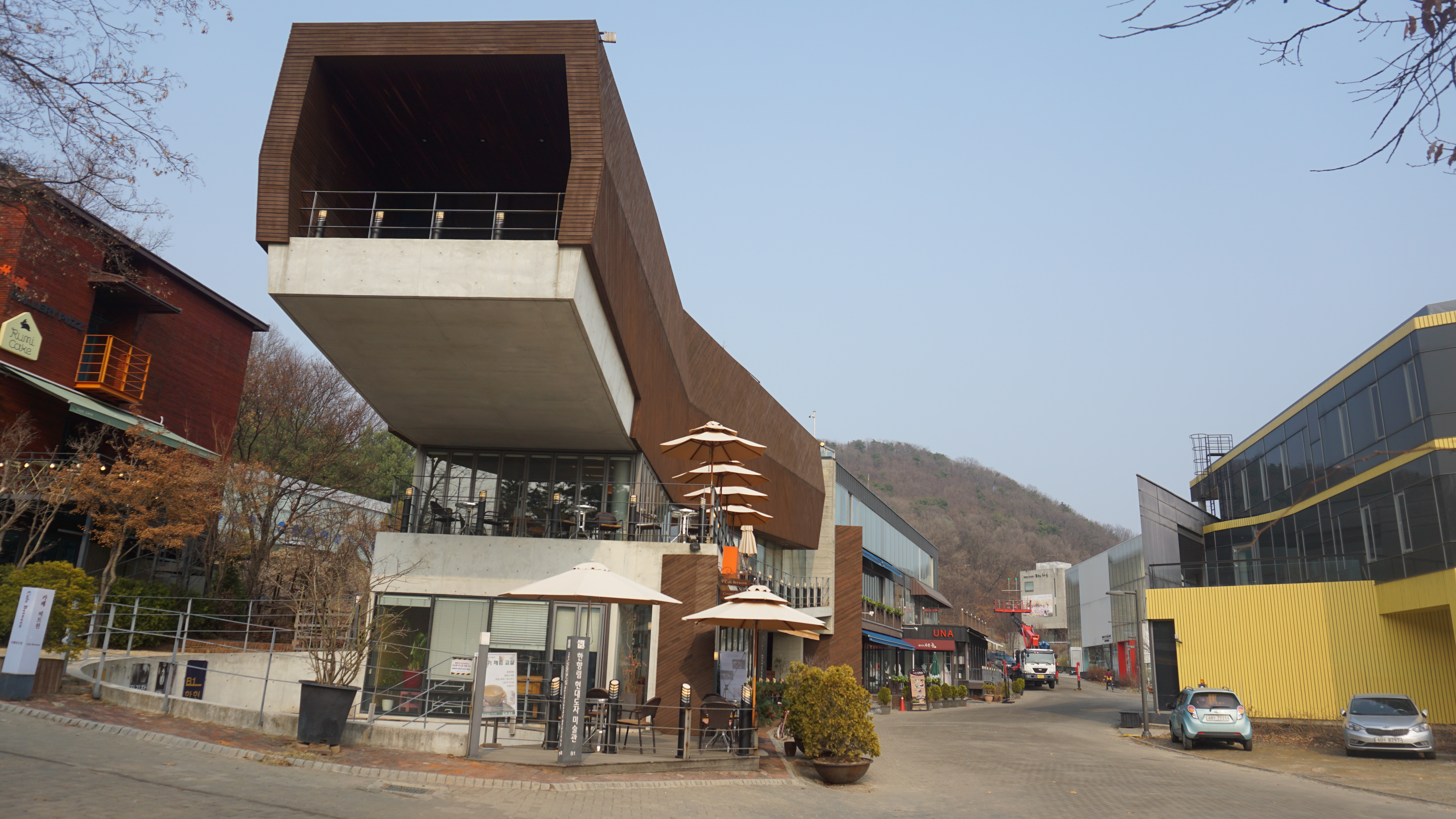 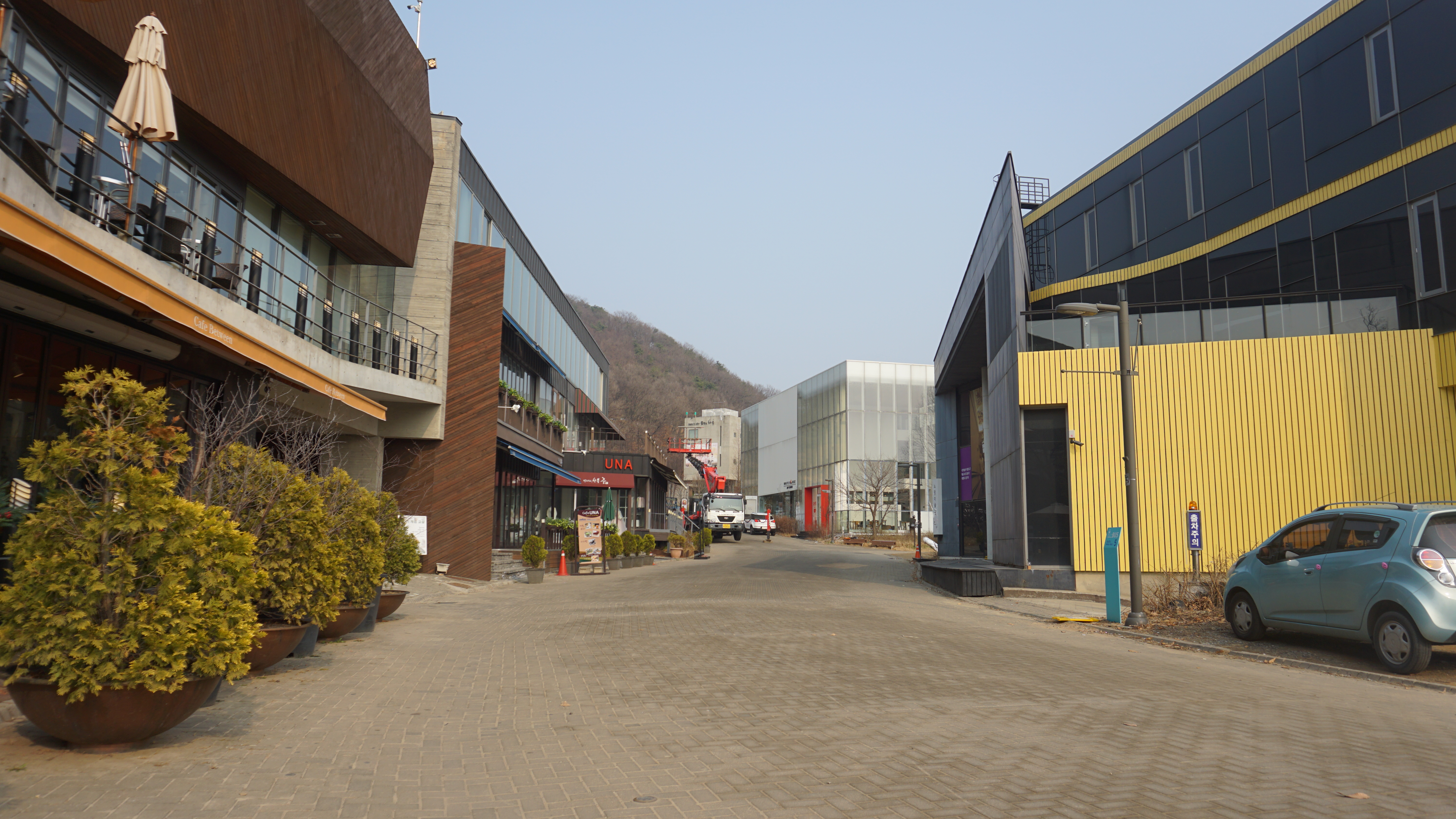 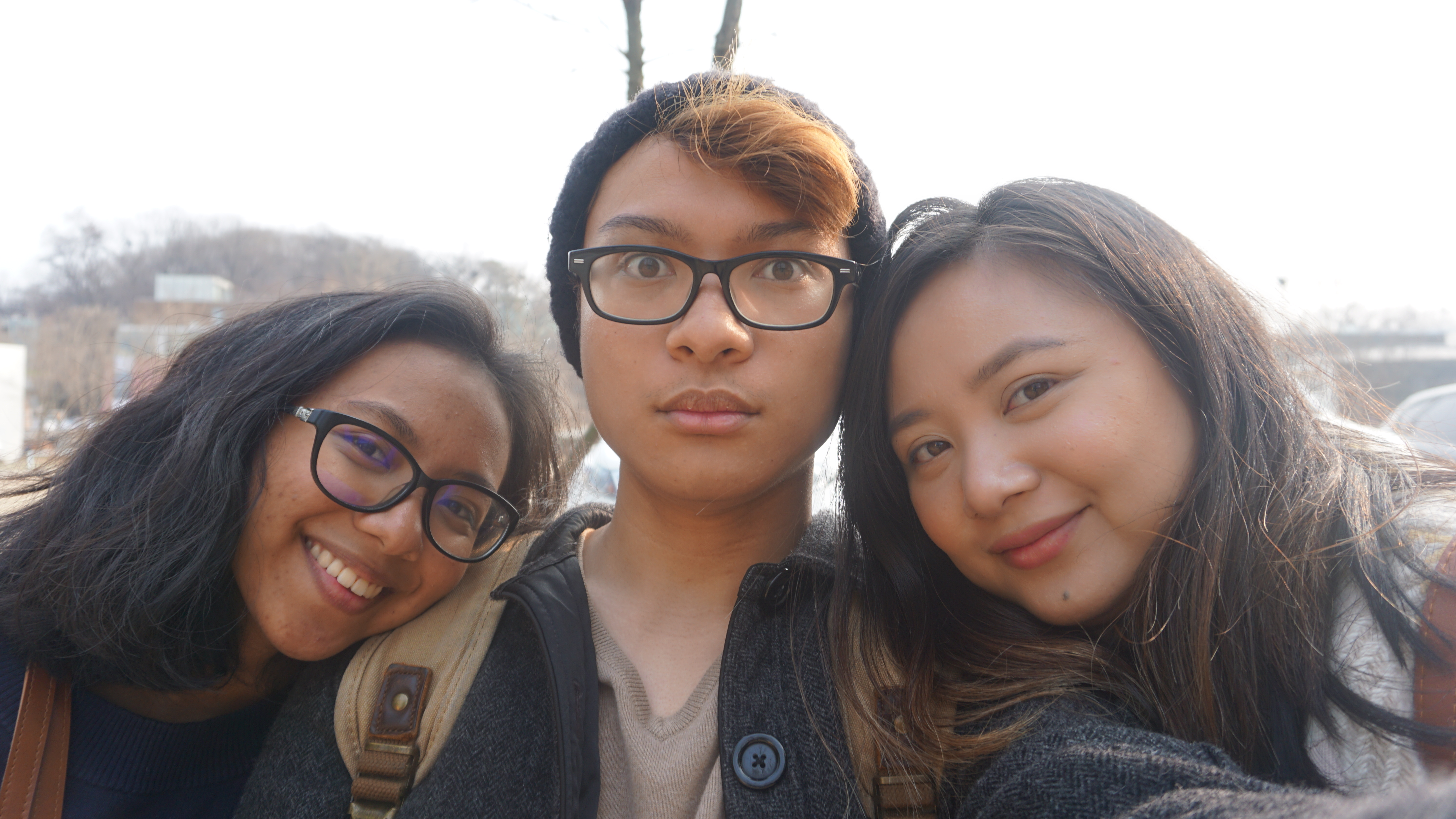 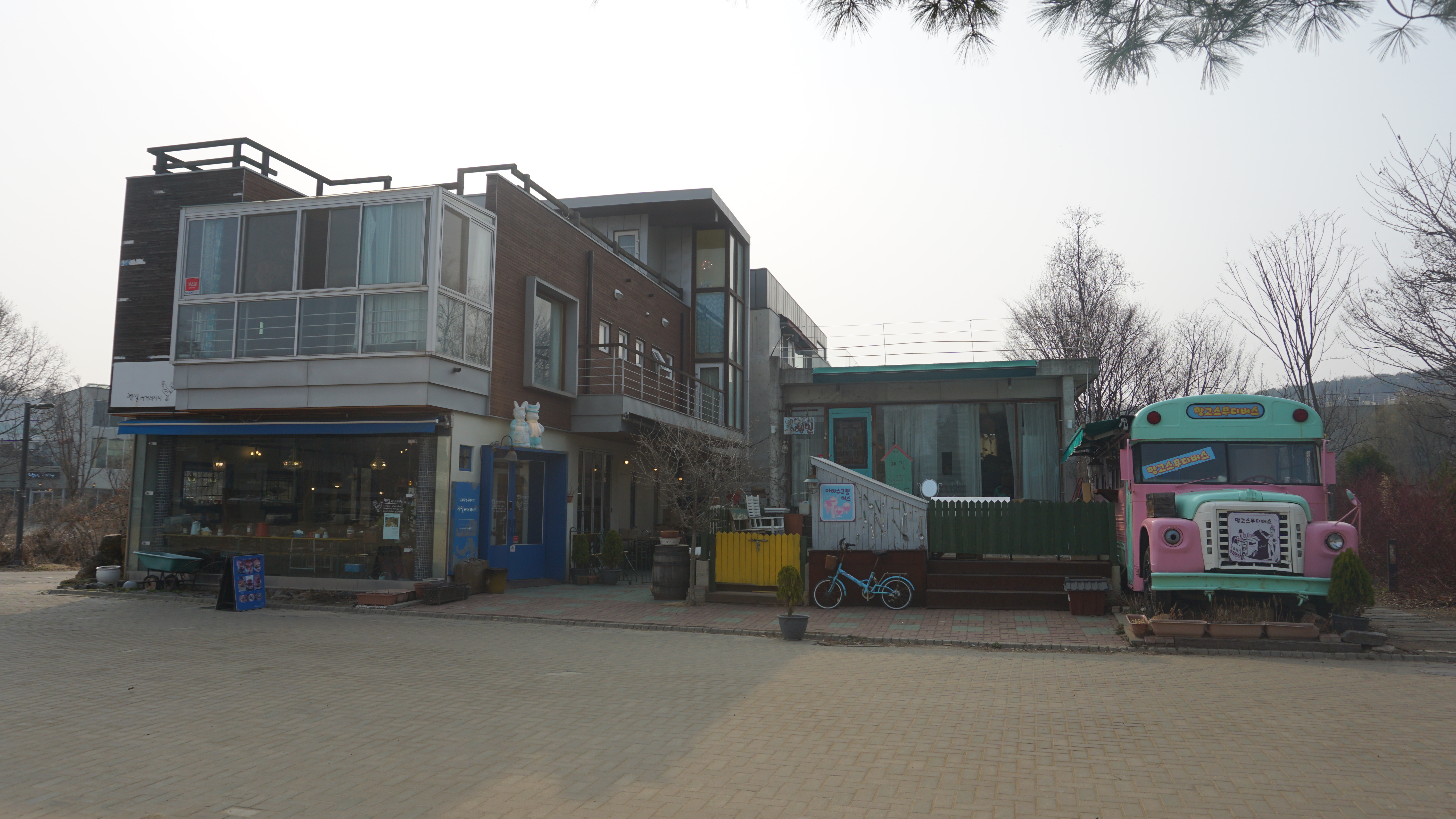 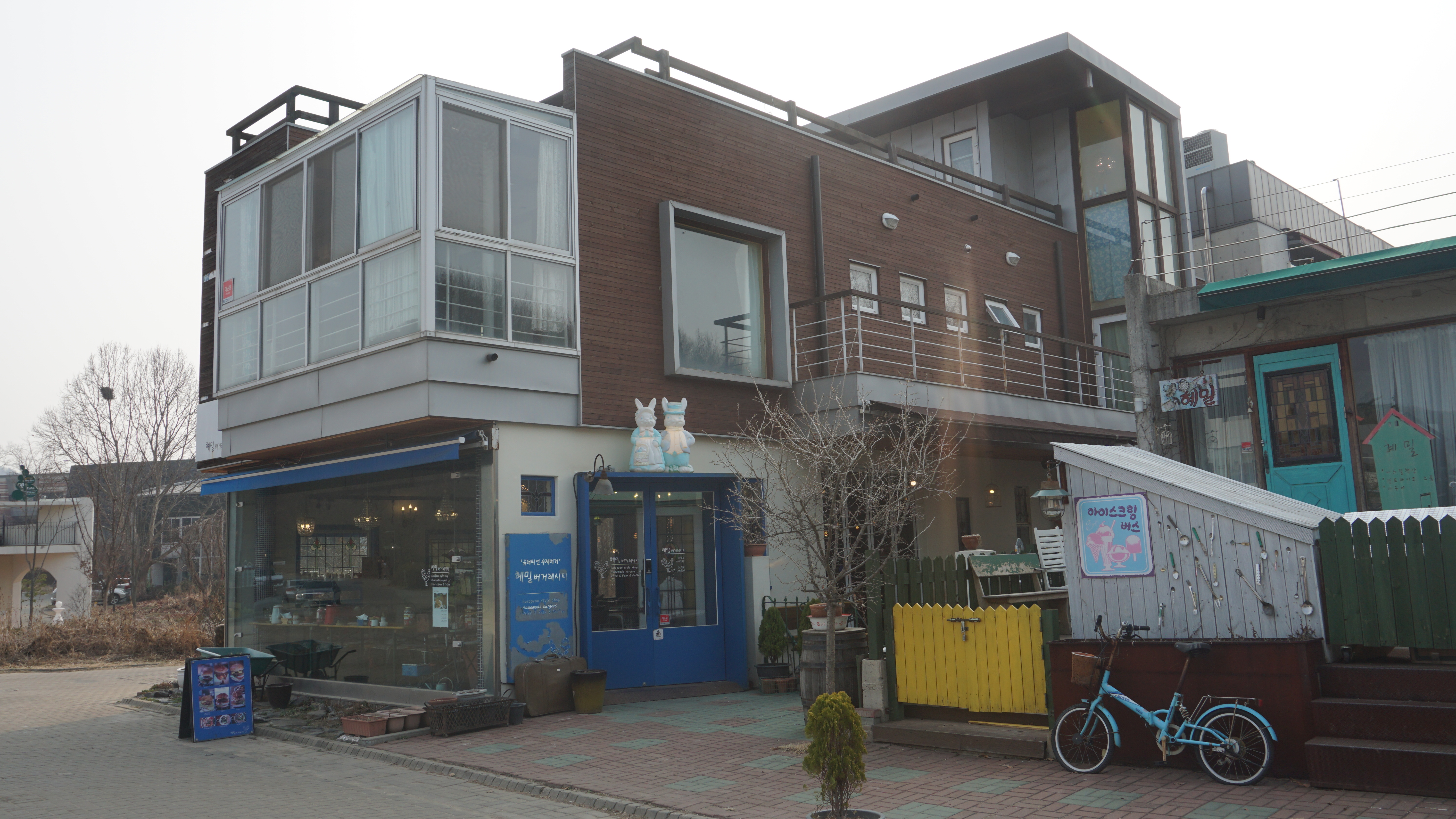 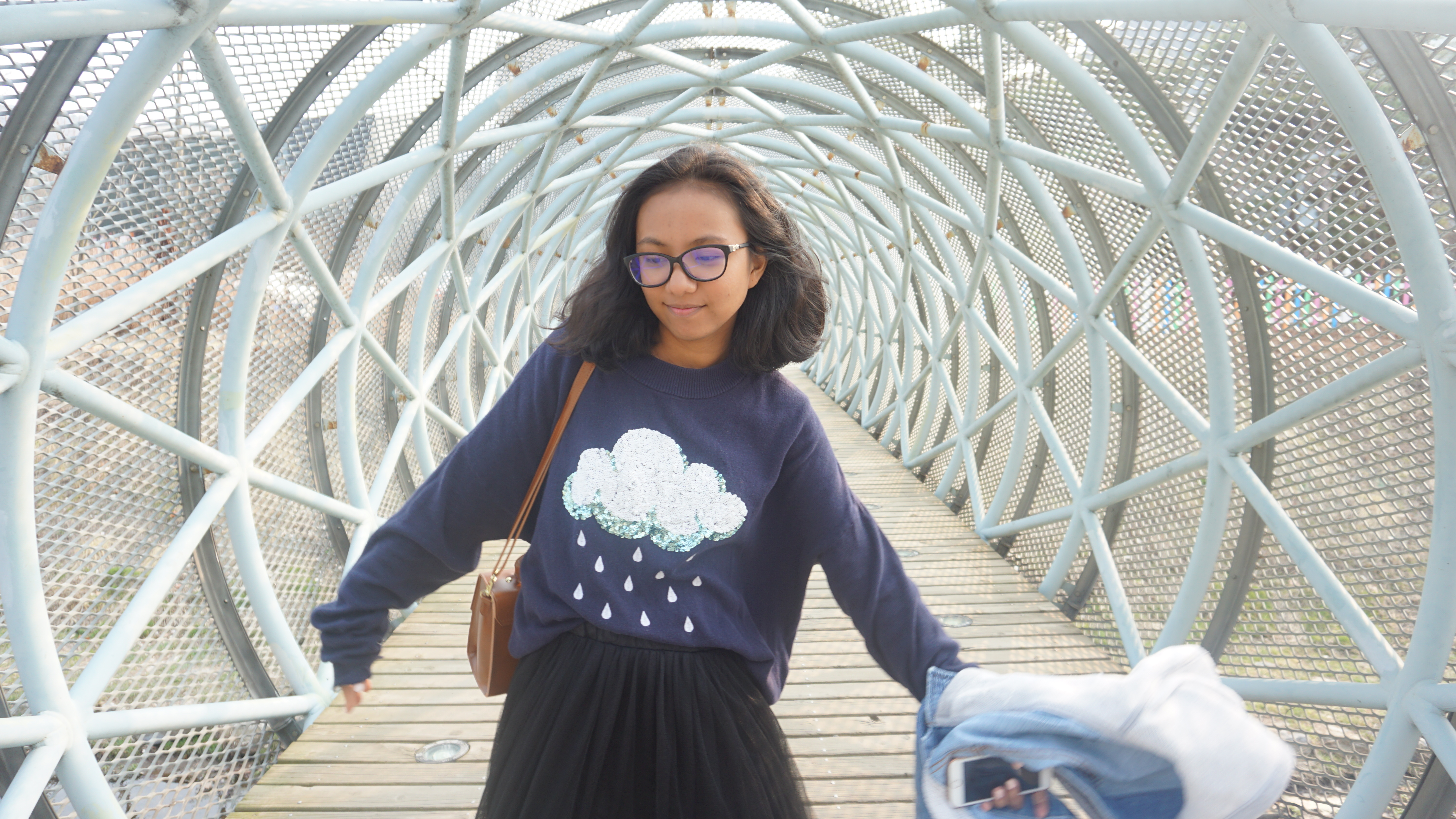 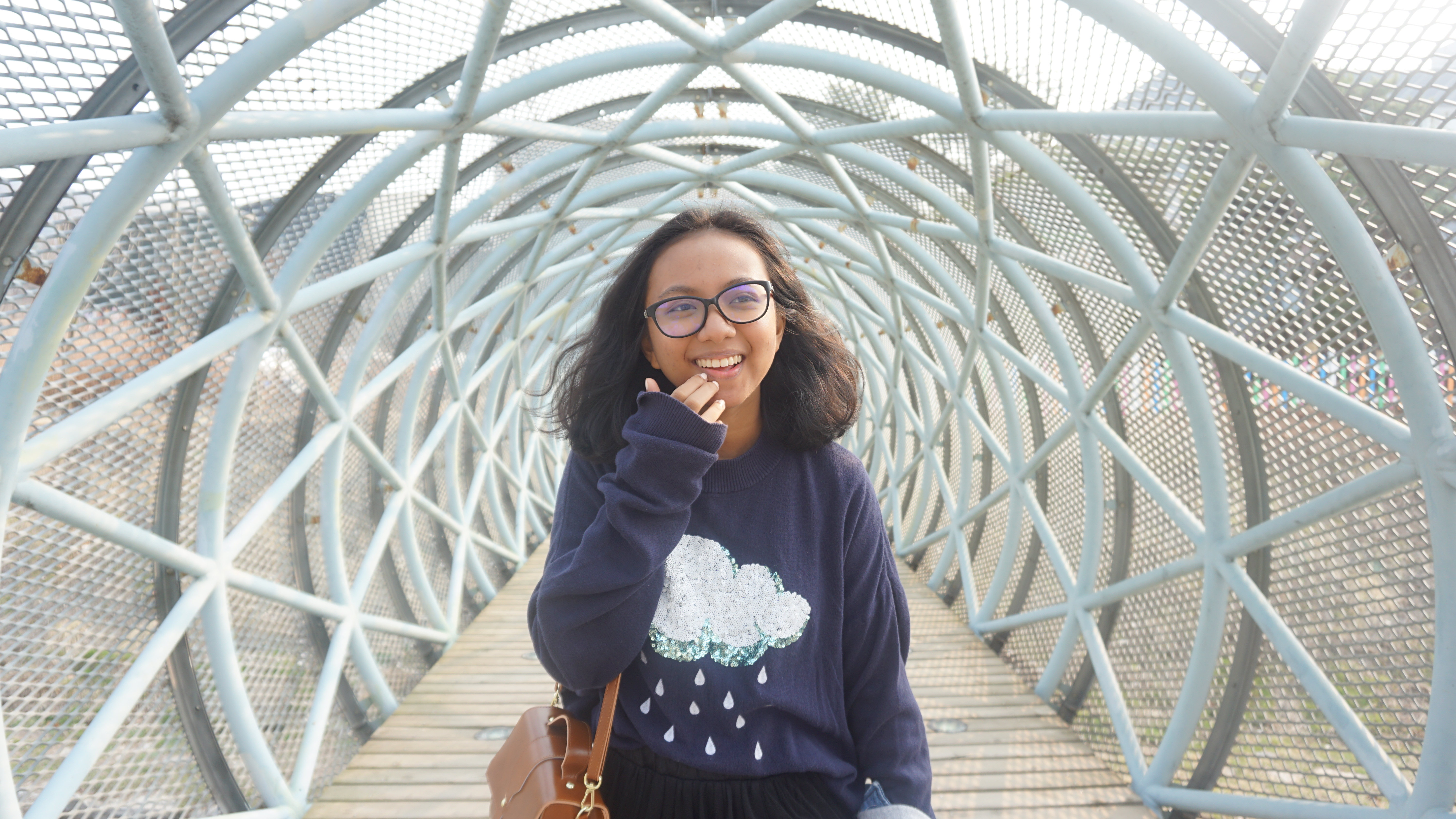 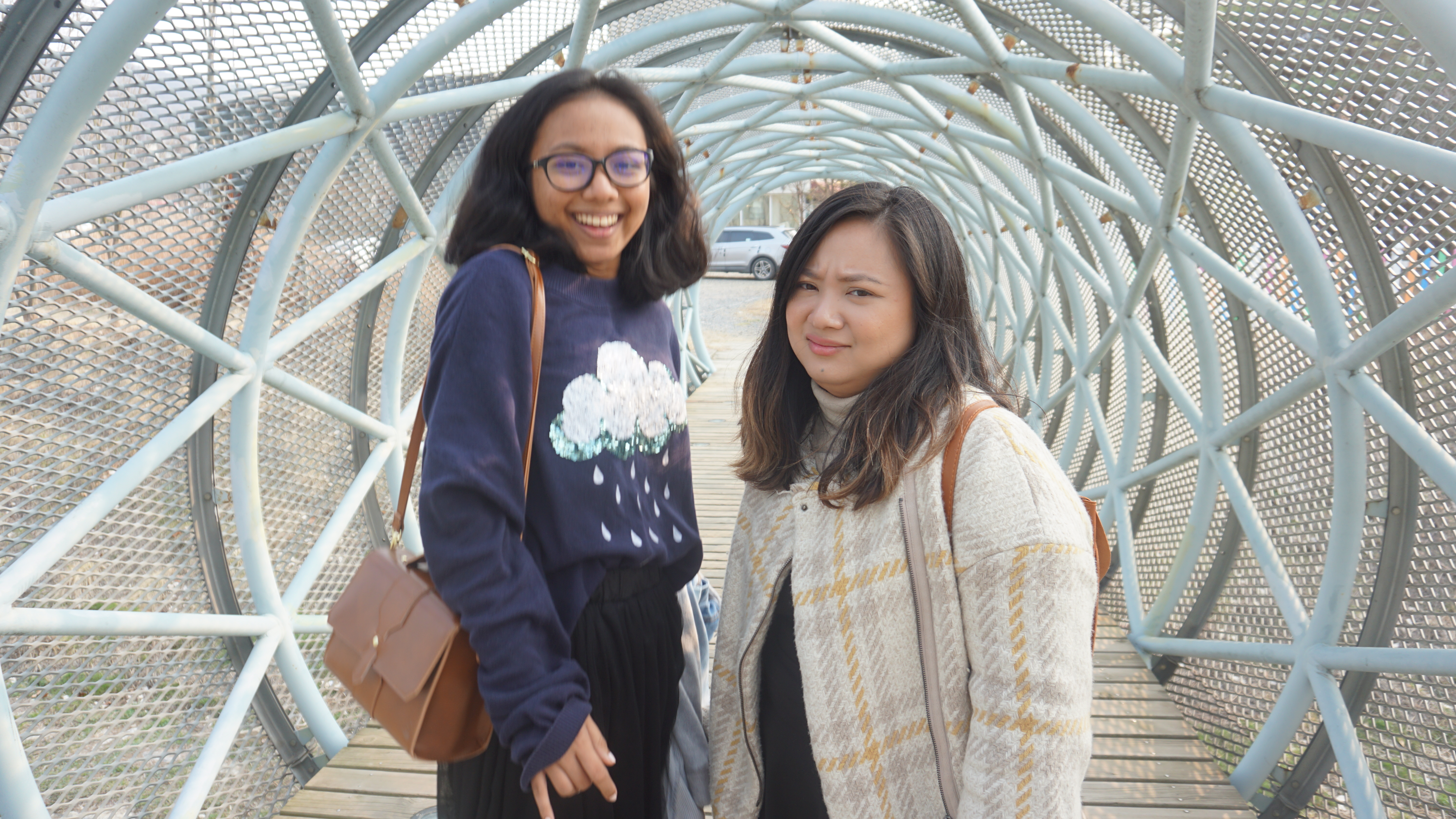 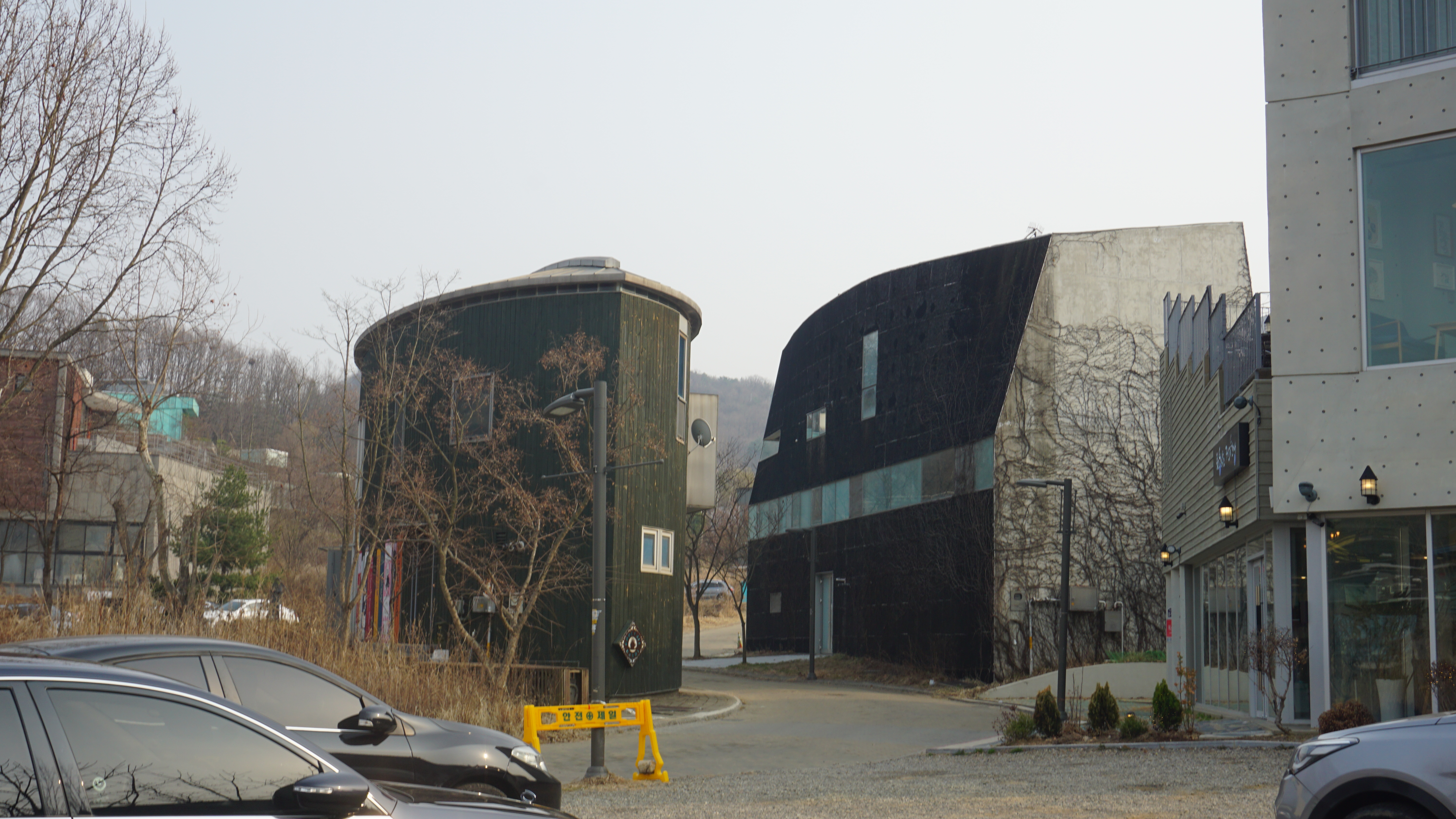 (You know those weird editorial photos on magazines where the subjects seem to be dancing? We tried doing the same thing but produced photos that were simply weird and nowhere near editorial. Haha!) 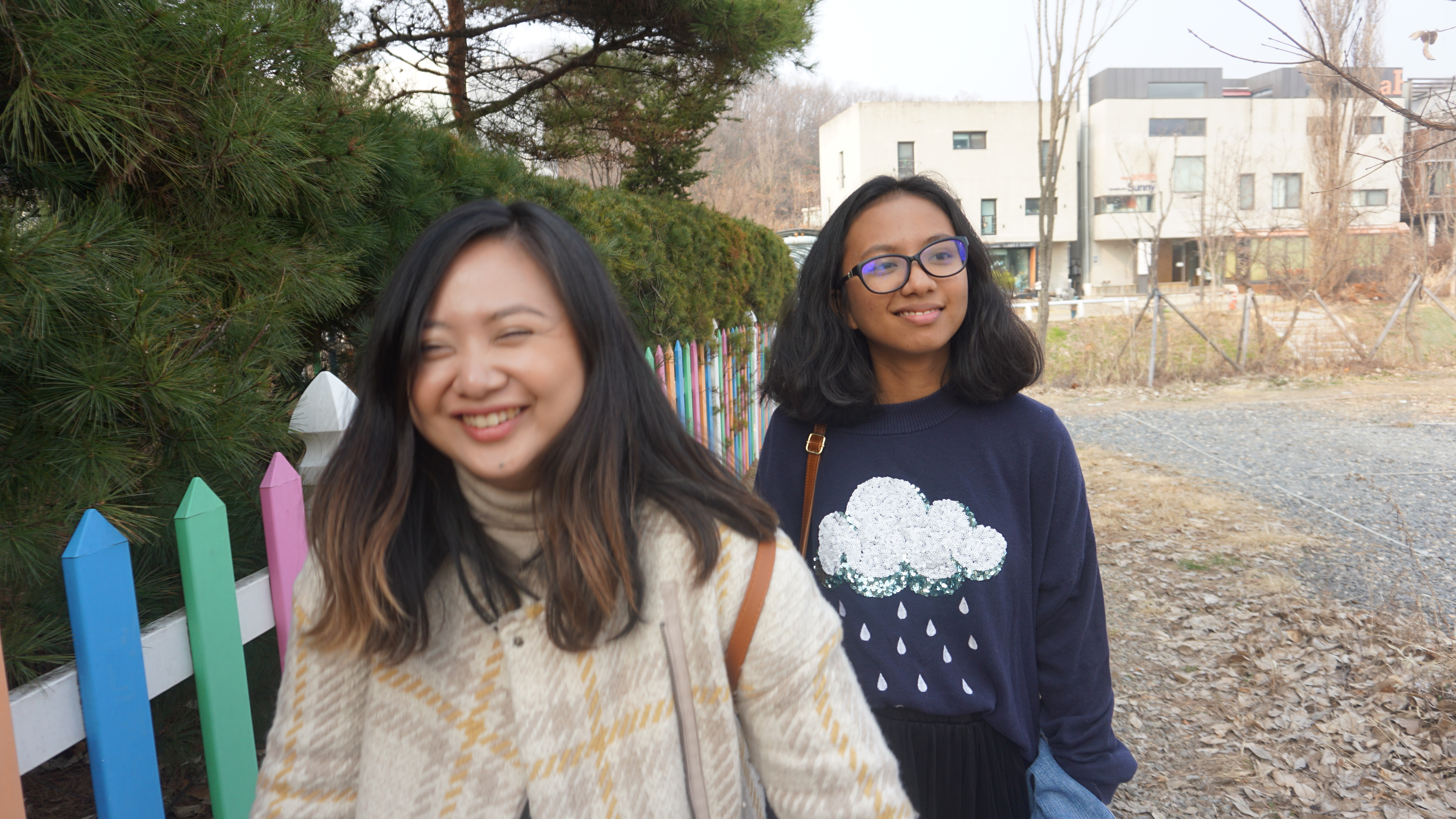 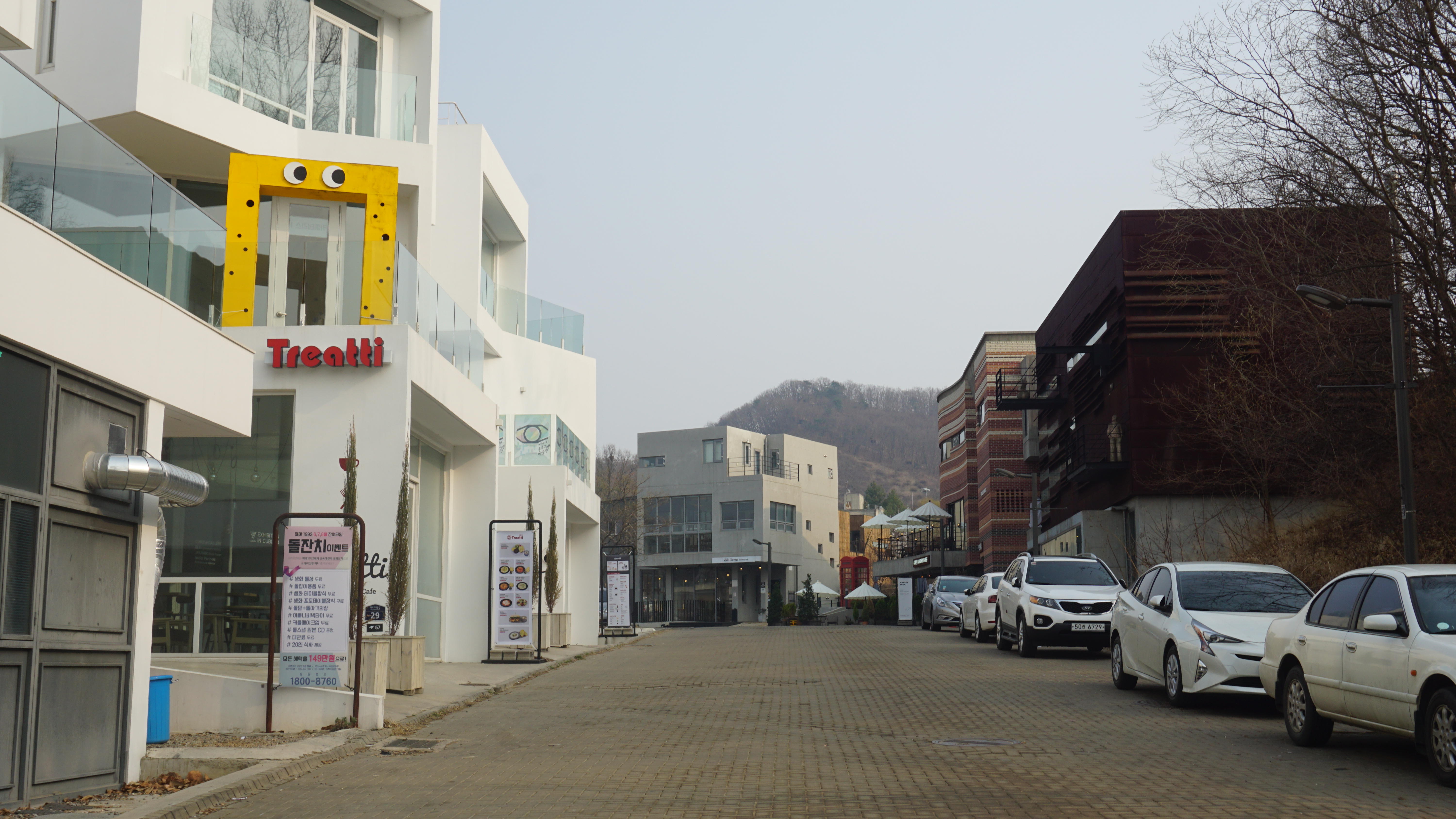 On our way to Heyri Art Valley, we passed by tons of cool buildings. Our brother was sleeping during that time, so we told him we could get off somewhere and check those places out. We should have done this before heading to Heyri Art Valley because we realized that the bus heading back to Seoul had a totally different route than the one we took. We ended up walking around Paju Book City, and although the office buildings are nice (all are of publishing companies and related to books), it was too quiet. We rarely saw anyone walking around, and when we eventually got lost (it was also getting dark), we walked back to the bus stop where we got off. Honestly, one of the creepiest walks we’ve ever done. It felt like the beginning of a horror movie where we end up stuck in a ghost town. 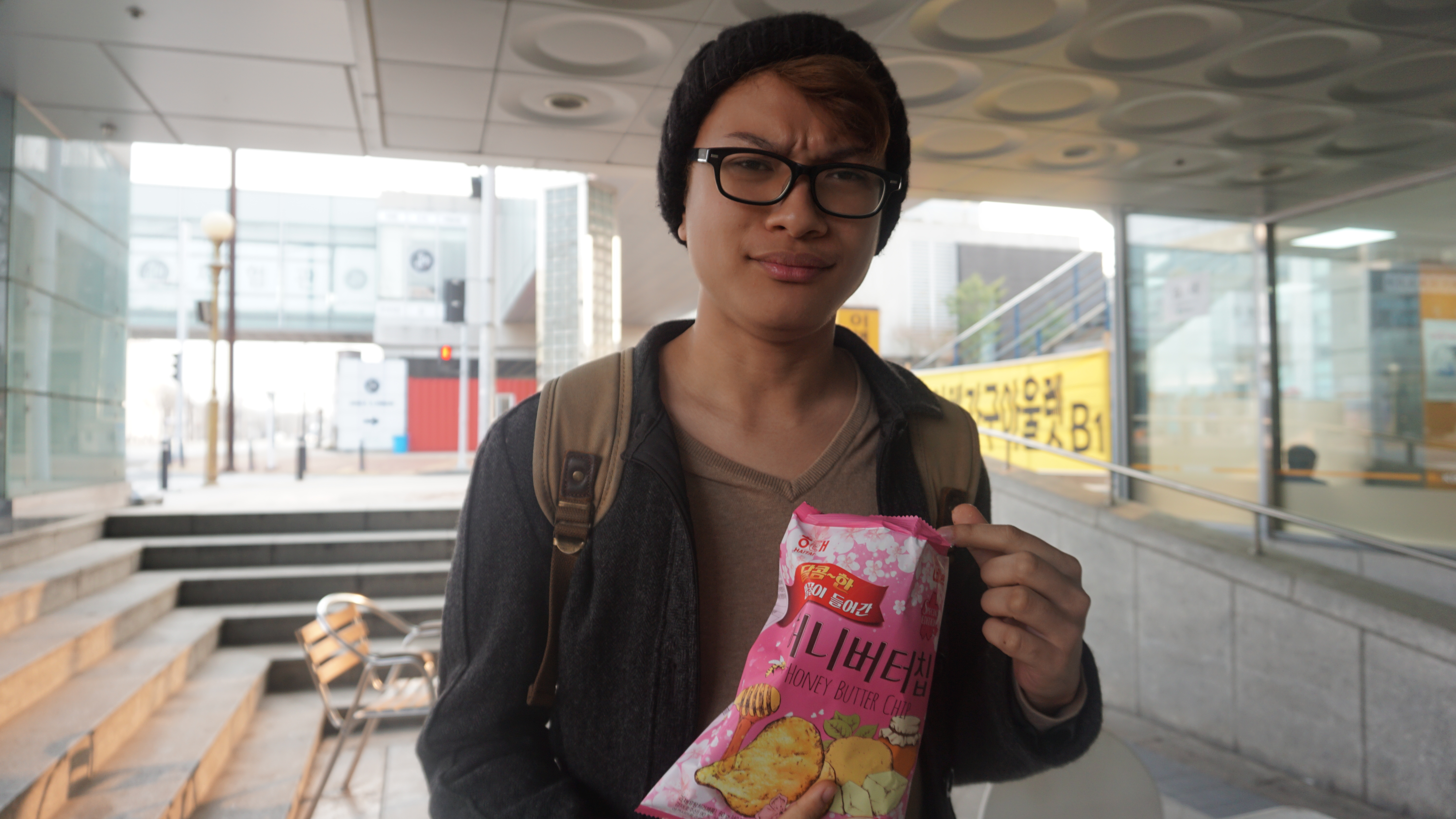 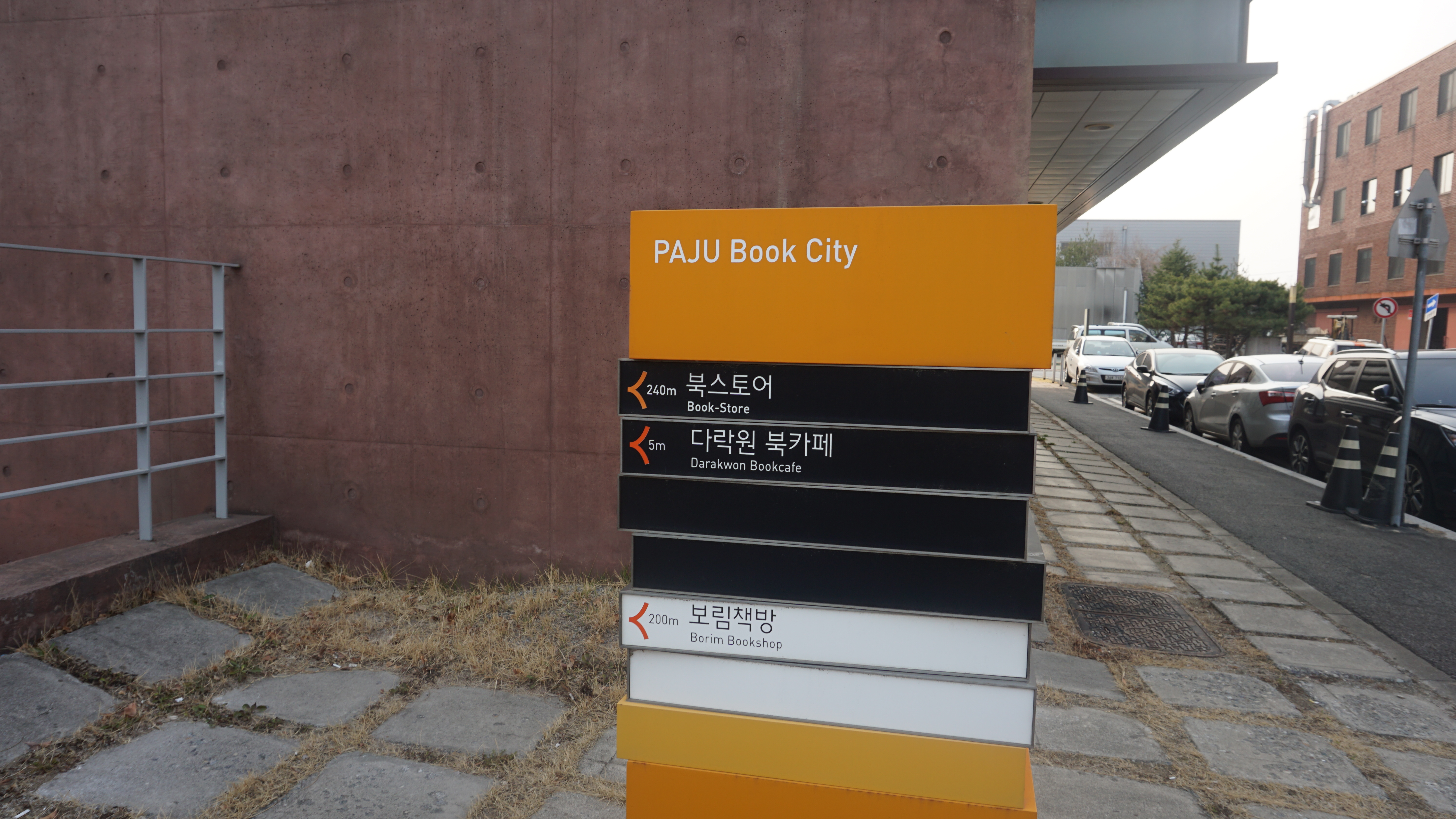 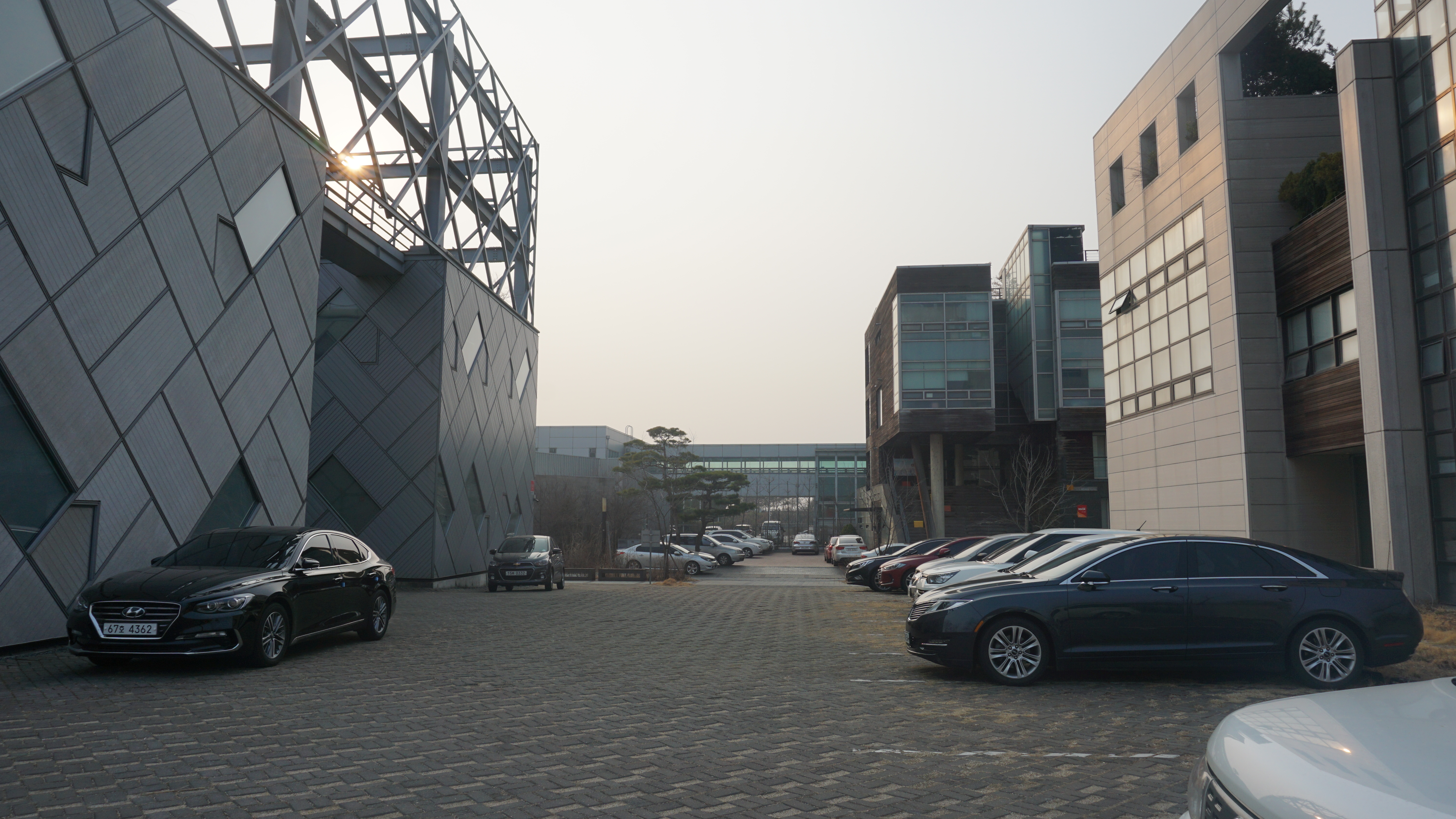 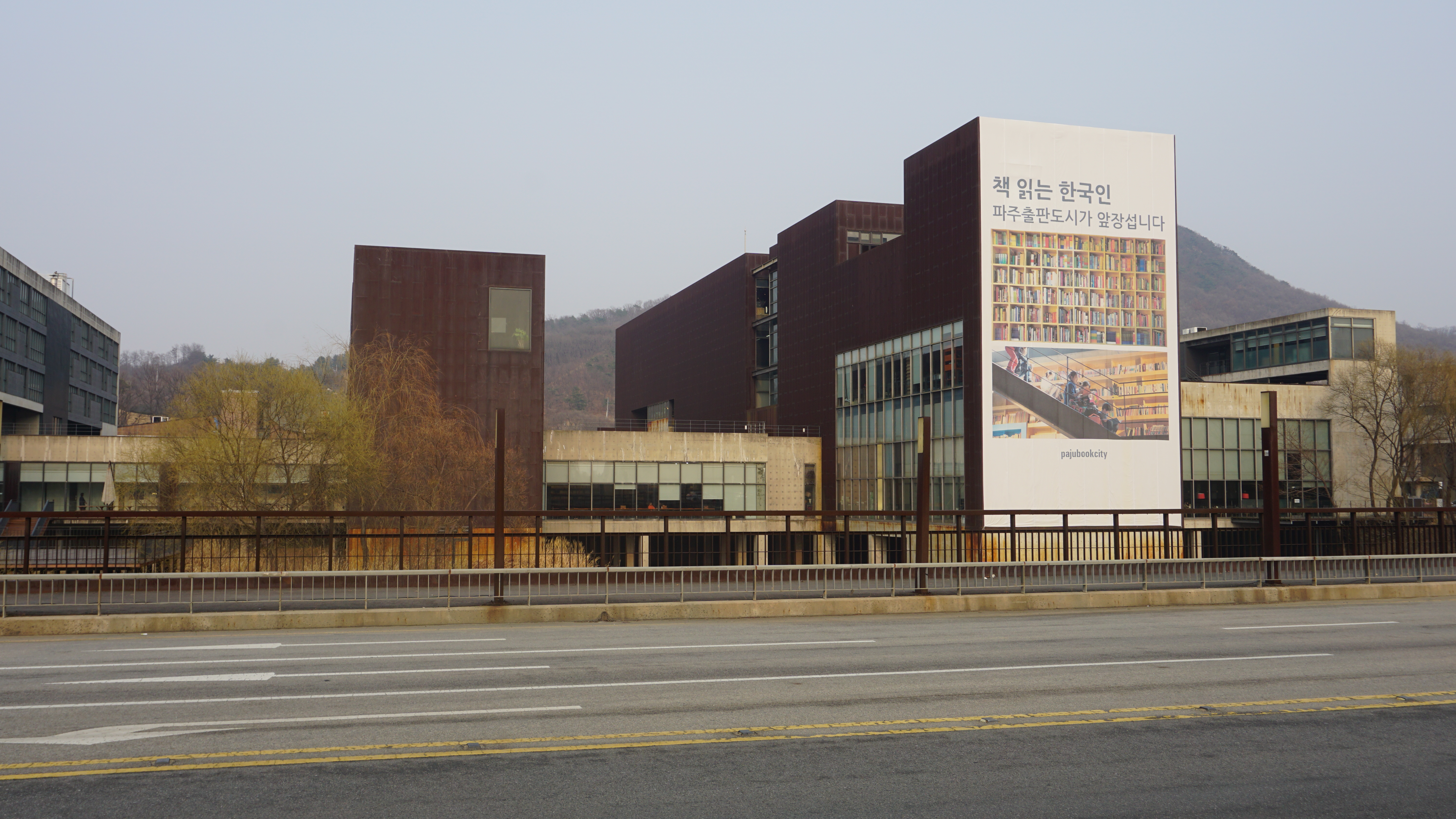 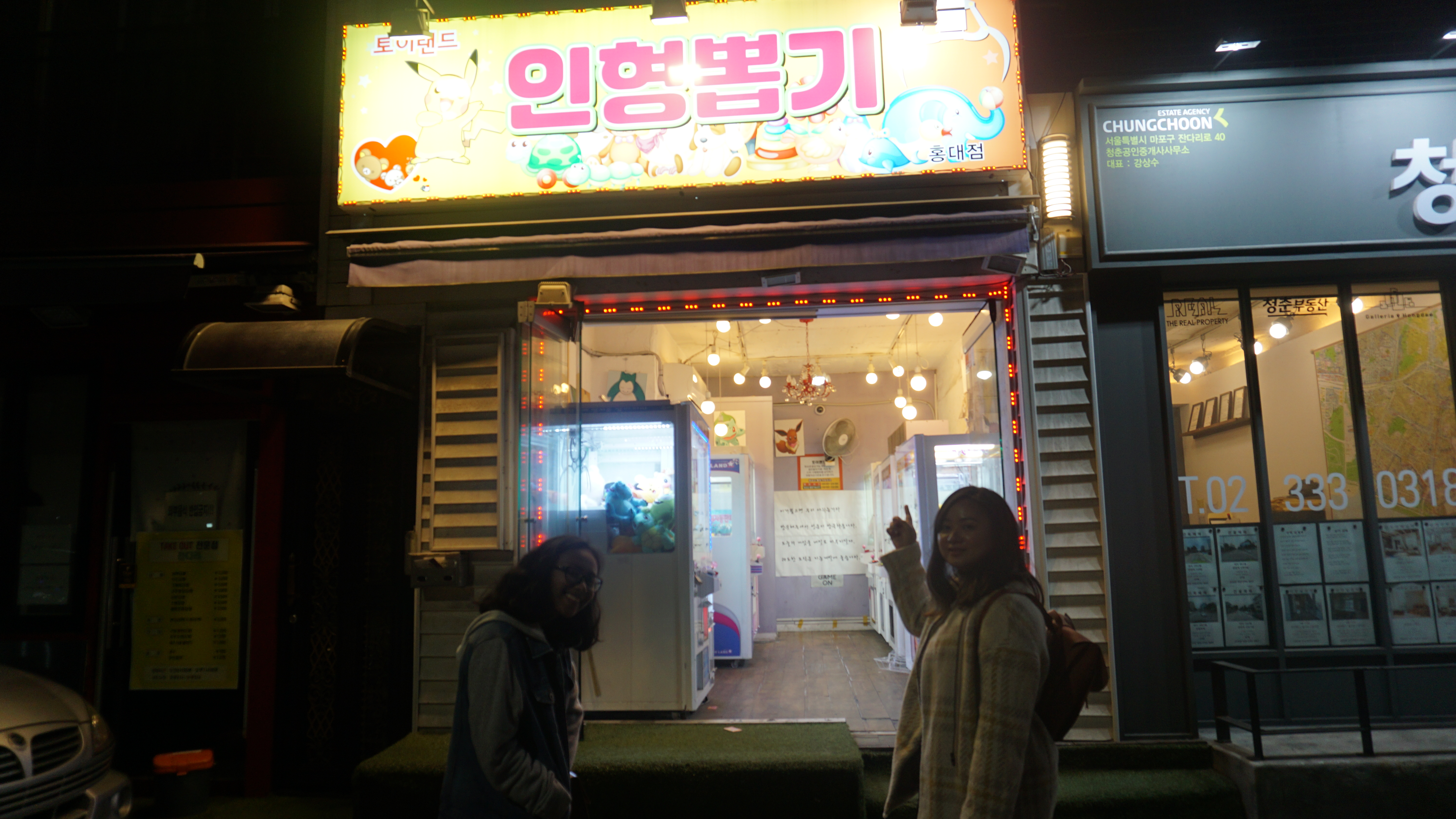 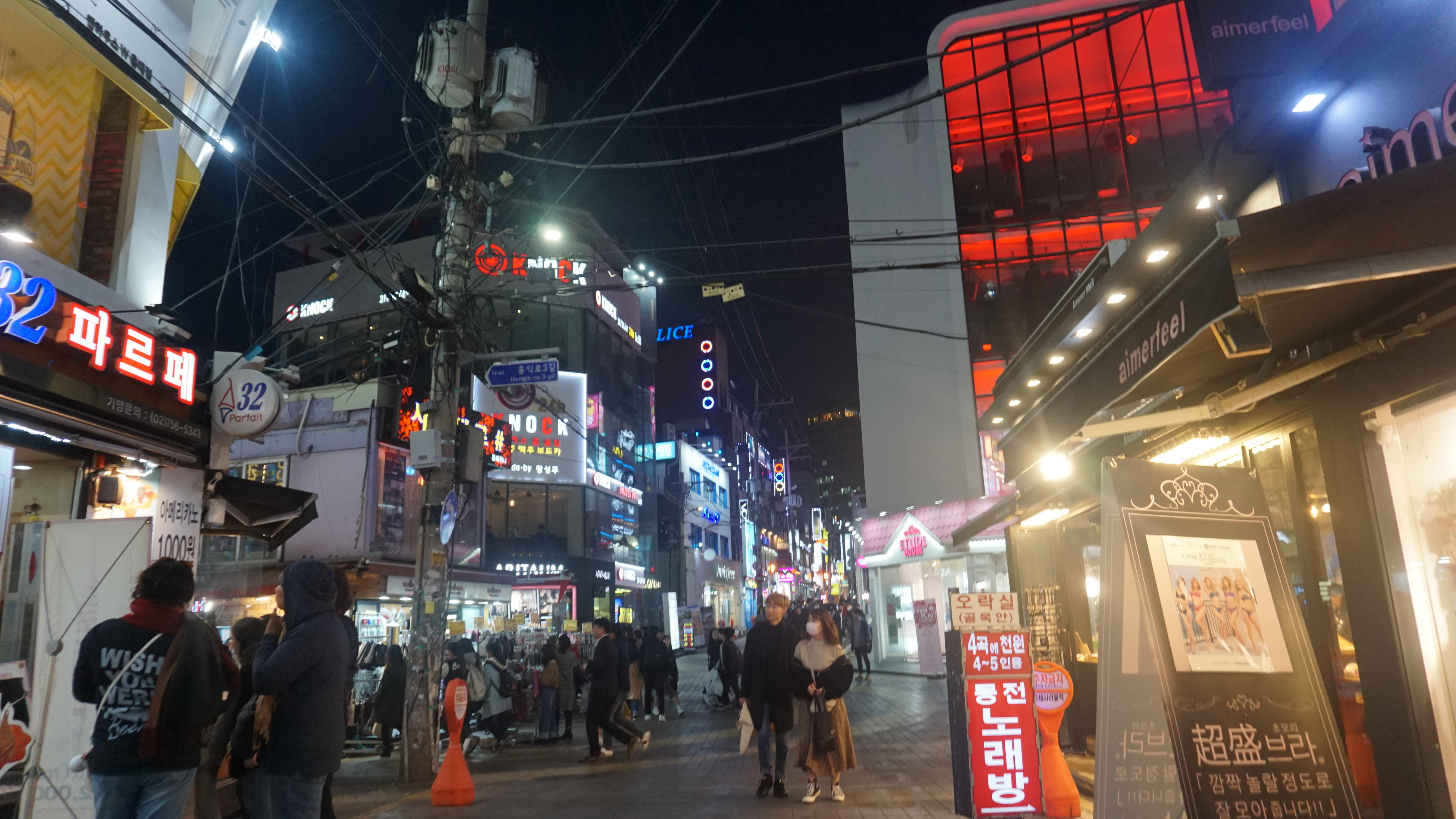 Realizing it was a lost cause, and greatly motivated by the early symptoms of the flu that I suddenly seemed to have contracted, I convinced both siblings to head back to the apartment and eat some take out. 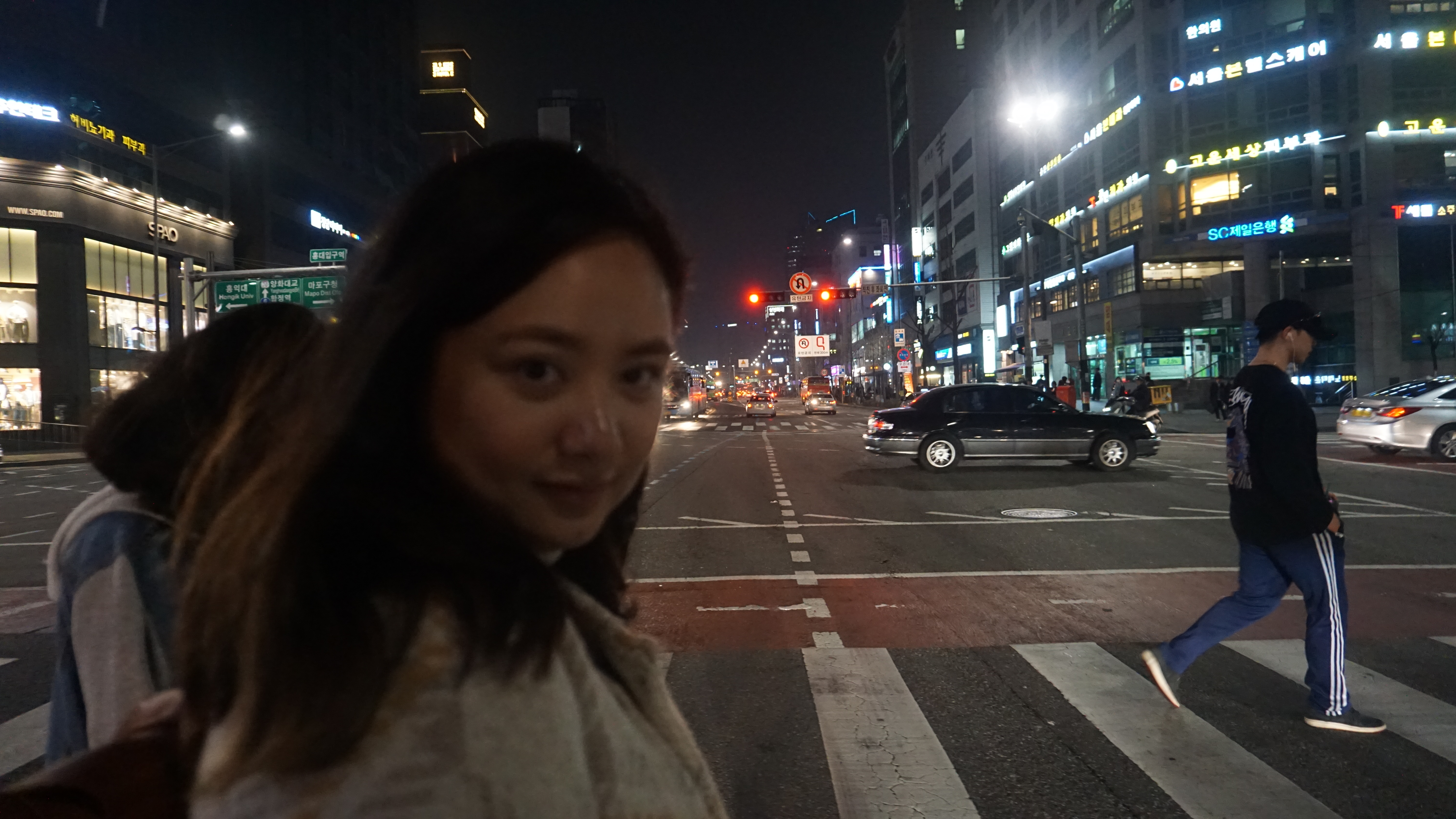 But we passed by this hole in a wall restaurant that seemed to be out of one of those Korean dramas my sister love to watch, and ended up having our dinner there. It was family-run and exactly how I would imagine home cooked meals in Korea would be.

And that concludes our fifth day in Seoul! How has adulting treated you lately? Let me know! 🙂