It’s the end of the weekend once again! Anyone else feels how weird it is that it’s already the first weekend of February when this December trip still feels like just a few weeks ago? And then we eventually get to the end of another year and can’t really remember if we did anything great that year. And yet I still spend a lot of my weekends aimlessly, without planning to do anything productive and laying in bed, reading fanfictions the entire day.

Our fourth day in Taiwan was also an unplanned day. I told my dad that we should probably visit Yehliu Geopark because my parents just enjoy being on the outdoors and tourist spots that are mostly natural. While I don’t feel the same way, my dad was paying for most of the trip (I was only assigned to pay for the hotel) and I thought it was a spot he’d like. He went down to the hotel lobby to ask if we could book a car (at the last minute), and they arranged a car to take us around Yehliu and Jiufen. When dad came back to our room, we all had to prepare quickly and make sure we finish our breakfasts before the car arrived.

Yehliu is a place in a town called Wanli (the same area where I paraglided on my first trip to Taiwan), located in the northern part of Taiwan. The drive took about two hours since we left the hotel a bit later than the usual tourists who do the tour and we got stuck in light traffic. The weather was a bit gloomy that day, and you can definitely see the dark clouds looming ahead. There are a lot of rock formations that you can find along the way where you can climb and take pictures in for free. The view was worth the tricky climb (the rocks are smooth and it’s very easy to slip to your death), although admittedly, I never imagined that I would be climbing rocks in Taiwan.

While it was a weekday, it’s holiday season in other parts of the world, so tourist spots such as the Yehliu Geopark was packed with tourists. The queue for tickets took us about an hour in itself. While a lot of the rock formations didn’t really interest me, a lot of tourists were taking photos of them, my dad included. There are a lot of other people to compete with to take photos of the different rock formations, and dad wanted to take a photo of all of them. At the entrance, you should definitely get a map of the place because they named the rock formations. Some of the formations have already been weathered and no longer resemble the figures they once were named for, so right after the entrance, there are 3D printed versions of them in full display. To be completely honest, they all just looked like rocks to me. And the park frankly, was how I imagine other planets (such as Mars) would look like, you know. Or the moon? And for a person who hates crowds, the absurd number of people inside the park was something that made me not enjoy it more (to my dad’s chagrin). Different strokes for different folks. 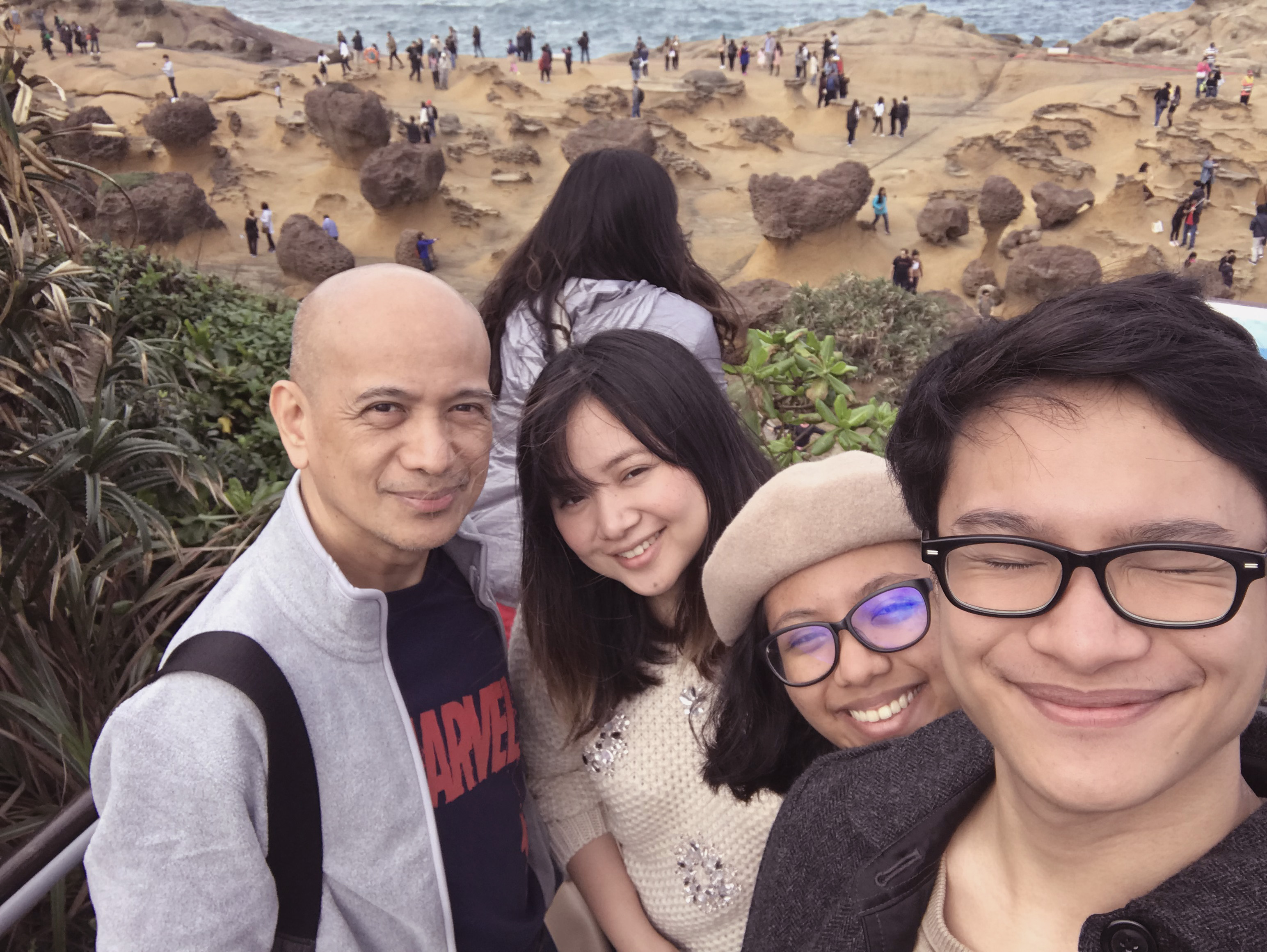 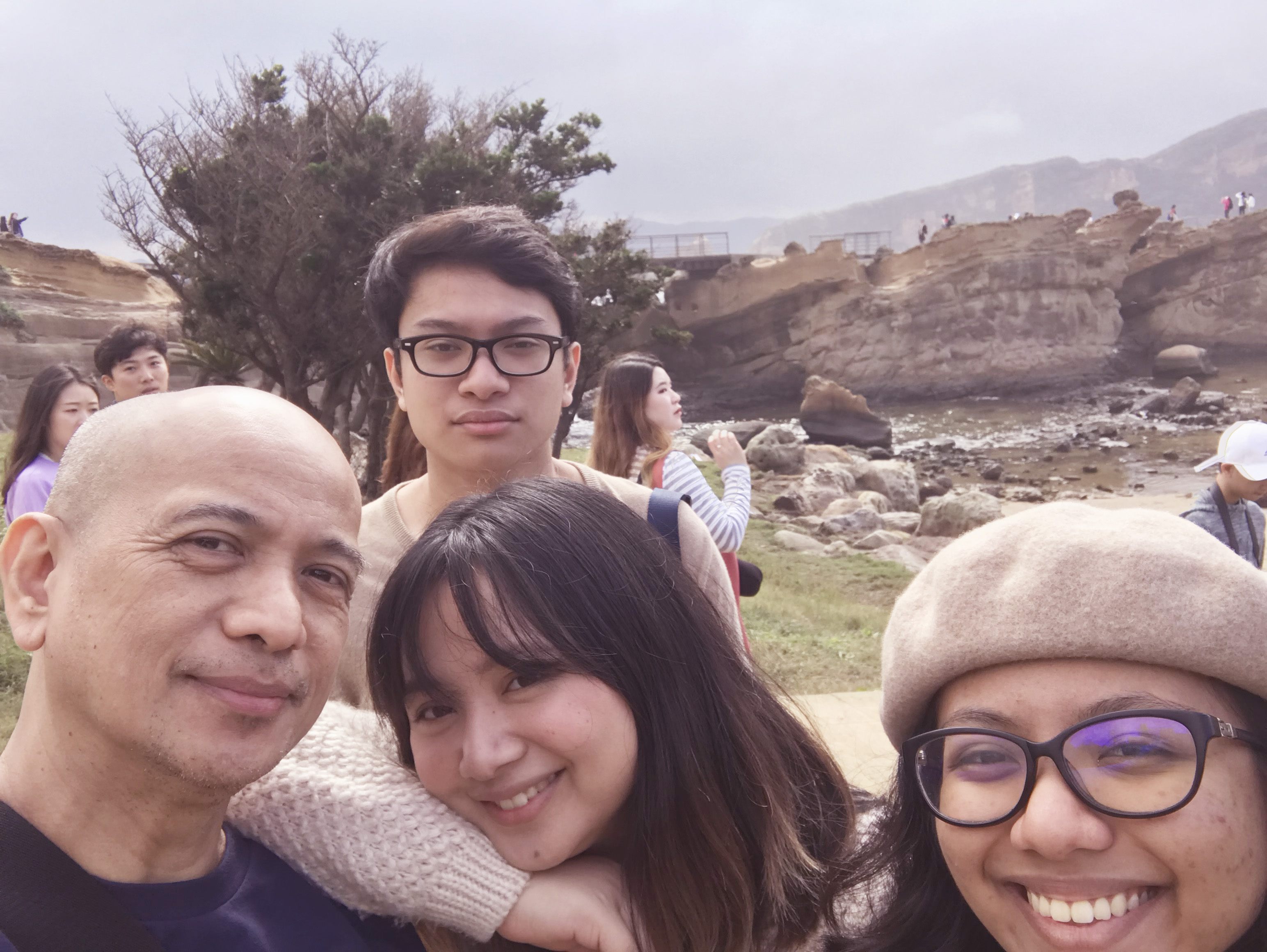 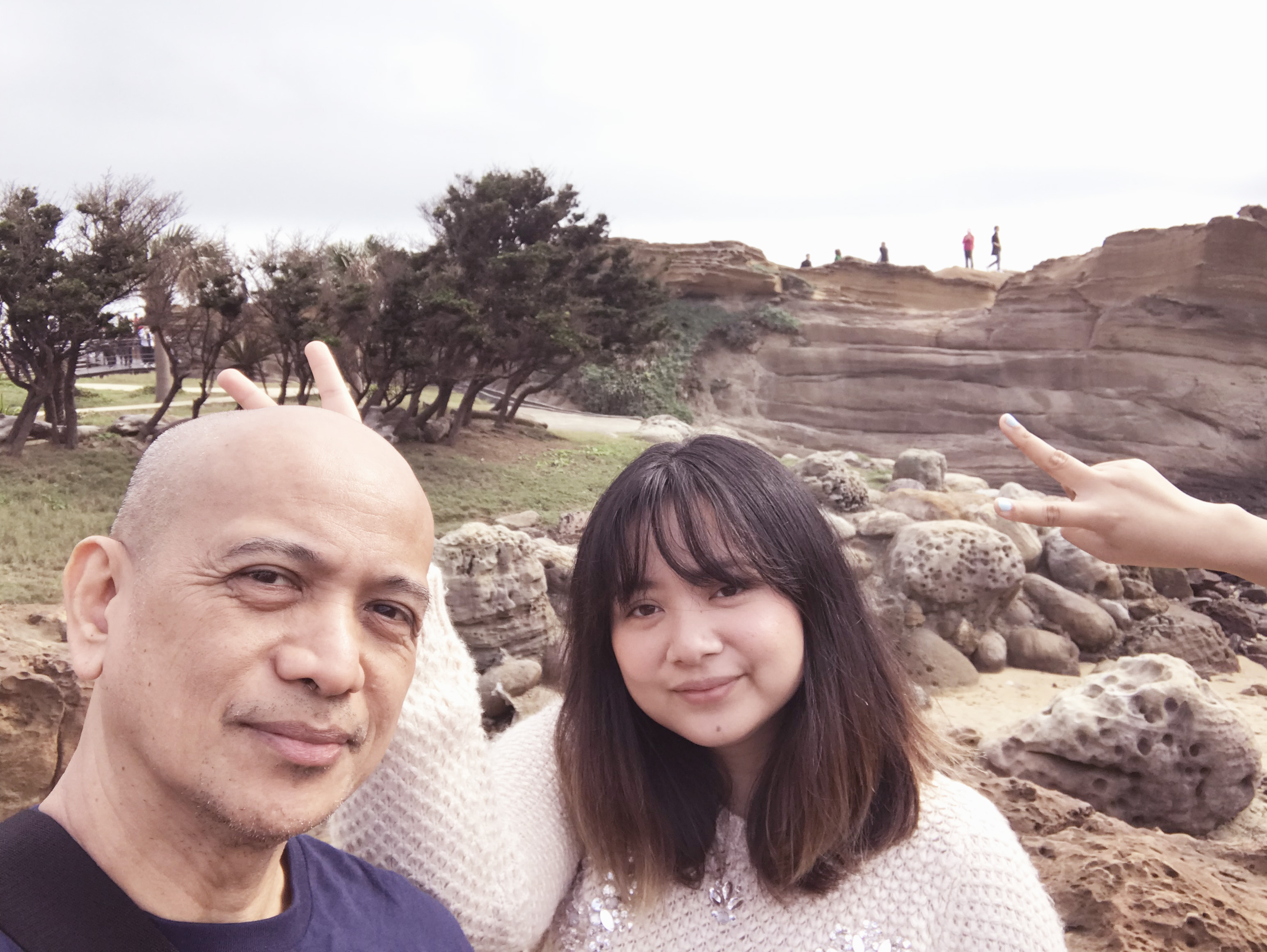 It started drizzling when we got back to the car, and it continued to do so while we headed up the mountains to go to Jifen. We made a stop at the Golden Waterfall. I believe they named it that way because of its color, but people are not allowed to touch the water because even if it looks just like regular water, the metals and chemicals in the mountain (?), has made it toxic.

Our next stop is the Gold Museum in Jinguashi. Jinguashi used to have a mining history since the mountain was previously filled with gold and copper, hence the name of both the waterfall and the museum. It was mostly during the Japanese era when the mining happened, and they had build tons of tunnels (some of them below sea level which is a scary thought to me). While studies say that there is still some gold left in the mountains, the citizens refuse to have mining operations restored because they fear it will destroy the mountain altogether. The museum is an open-air museum, with different buildings that were preserved from the time when this was used as a mining company and a place for the Japanese crowned prince. You can also head down to some parts of the Benshan Tunnel for a fee which was something that we did. Good thing that I never had to live at a time where I have to mine because I would probably develop some claustrophobic qualities. Unfortunately, the rain just kept getting stronger while we were there and we ended up buying overpriced umbrellas in order to be able to move from building to building.

The weather was so bad, that we unanimously decided to pass on Jifen and Shifen since weather forecast consisted of strong rain for the rest of the day. When we headed back to the city, we tried to join Tour Me Away’s Longshan Temple Tour (something that I also did when I first went), but the weather was so bad that we also decided that three hours of walking in this rain was not something that we wanted to do. My brother also started displaying early symptoms of the flu that we had a conveniencec store dinner and headed back to the hotel. It seemed that our packed days have started catching up with us and all we just wanted was to stay in and rest.

Overall, I would definitely recommend renting your own private car to tour the northern part of Taiwan, especially when you’re going as a group. It’s really more convenient and something I would opt to do if I ever find myself in Taipei again. I think the standard rate for taxis are NT$3,500 for the entire day, or you can book with travel sites/apps such as KLOOK. (You can sign up with KLOOK using this link which will give both of us discounts – but only if you want to lol)

So sorry if this seemed like such a short post. The weather that day was not very ideal for sightseeing and we simply ended up muddy due to the rain. I heard from friends that are also currently in Taiwan as of writing, that their vacation has been filled by a number of rainy days. So definitely bring an umbrella if you’re planning to visit this time of the year. Any travel plans that were thwarted by the weather? Let me know and I hope everyone had a great (and productive) weekend! 🙂