If I had to pick one thing to love about the blogging community I’m surrounded with, it would be the sheer amount of support you get from the friends you gain online. The outpouring of love and “please don’t throw yourself in front of the bus” I’ve gotten from the comment section and private messages I received from that previous post really touched me. Don’t worry! I don’t plan to. I feel awful complaining about life when I know I’m already privileged – all my life I’ve never had to go really truly hungry, always knew there was a bed for me to sleep in, I have enough clothes to go a month without repeating outfits, I have been employed by jobs that pay well/allowed me to help my family/finances my travels and the things I enjoy doing, and I have more than a handful of people that loves and supports me throughout all of it. But that crushing feeling of being overwhelmed about not having a “purpose” is not something I can accurately put into words. As I’ve said, I’ve been getting sick more frequently – there’s nothing wrong with me that can’t be fixed by getting a good amount of sleep, some weight loss, and a cleaner diet. But it’s also made me think about my inevitable death and how much I don’t want to die regretful. It has made me take a look at my life, what I spend time on, and I guess I just wanted to take a break to examine just that. And maybe get my head out the water and just keep breathing. But enough about death and all this sad talk guys and girls, I’ll get over it. I’ll just be extra and dramatic about it first. Haha! This post was about something more cheerful and the entire opposite of death. So here’s a rundown on how I spent my 26th birthday weekend! 🙂

I usually go out of town for my birthday on a solo trip. I’ve always found solo trips a gift to one’s self. I know it’s just not me who enjoys traveling solo, but I also like that I get to make decisions based entirely on my preference. This year, however, I decided to stay put and just go on a staycation with my family. My birthday is a day before a national holiday which always guarantees that I either get a long weekend or at the very least, an excuse to stay in post birthday celebrations. C kicked off my birthday weekend by handing me a huge pink Aranaz paper bag. I’ve always had a thing for structured boho bags. I really liked the ones that are available in dozens of online shops now but I’ve seen it on a lot of people now that just seeing it made me tired of looking at it. Haha! 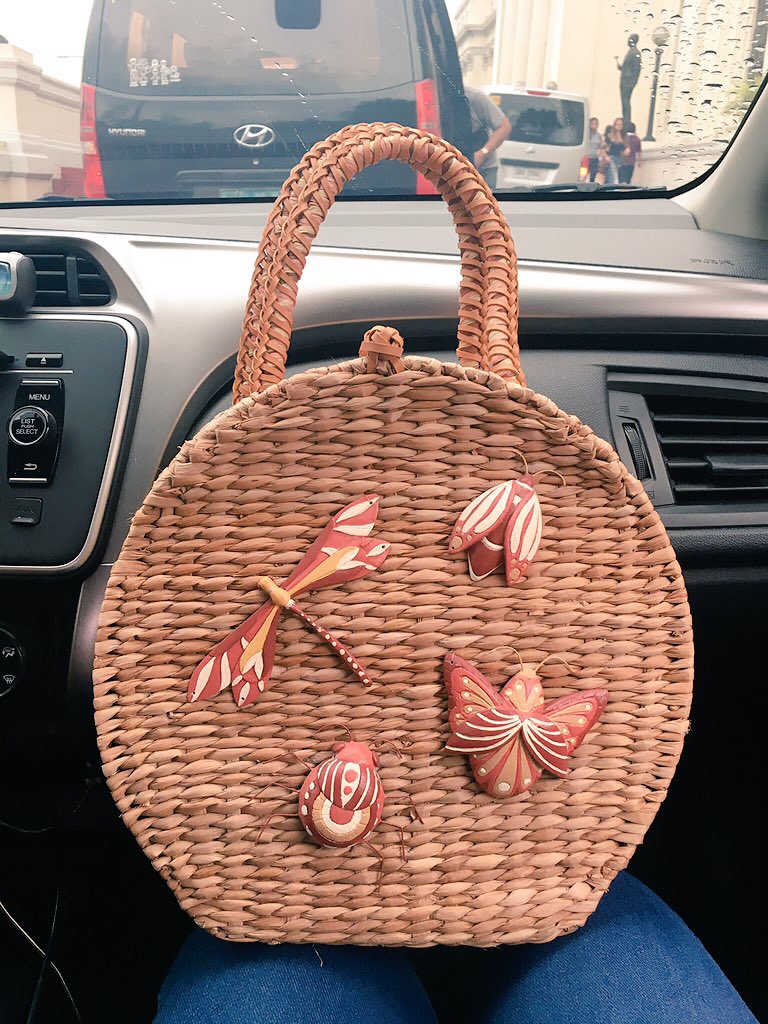 As usual, I didn’t really have a solid plan of what I wanted to do during our weekend. While C loved doing nothing for his birthday, I wanted to sleep in before heading out to visit the museums in Metro Manila for mine. It’s weird because I’ve lived in this country my whole life. I head out to travel and visit museums, but rarely do so when it came to local ones. Unless it was a school requirement, I never bother, so I decided to change that. Of course, our first stop was the National Museum of Fine Arts. It’s a four-story building that used to be where Congress and Senate meet until it got turned over to the National Museum of the Philippines, and was in turn, filled with exhibits by Filipino artists and houses the famous Spoliarium by Juan Luna. Before I started looking into museums to visit, I thought this was the actual National Museum, and didn’t realize that the title is used for the governing body who manages all the National Museums. Entrance fee to all the museums they handle is also free since relying on visitors fees proved to be detrimental in managing the museums, hence, taxpayers now fund the upkeep. I think it worked because it was packed with locals and tourists alike on a rainy Saturday afternoon, more than a year since the fee has been revoked. 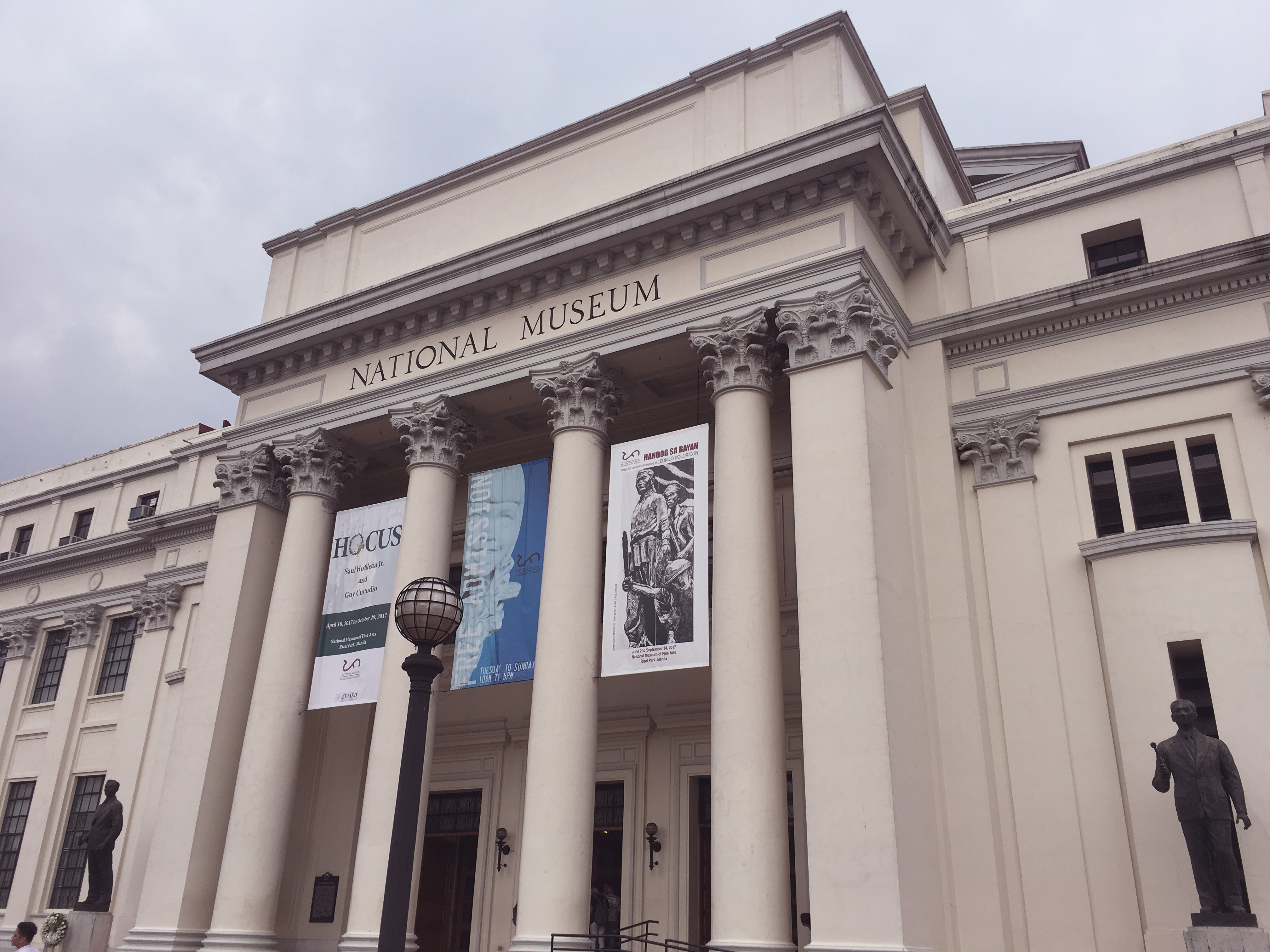 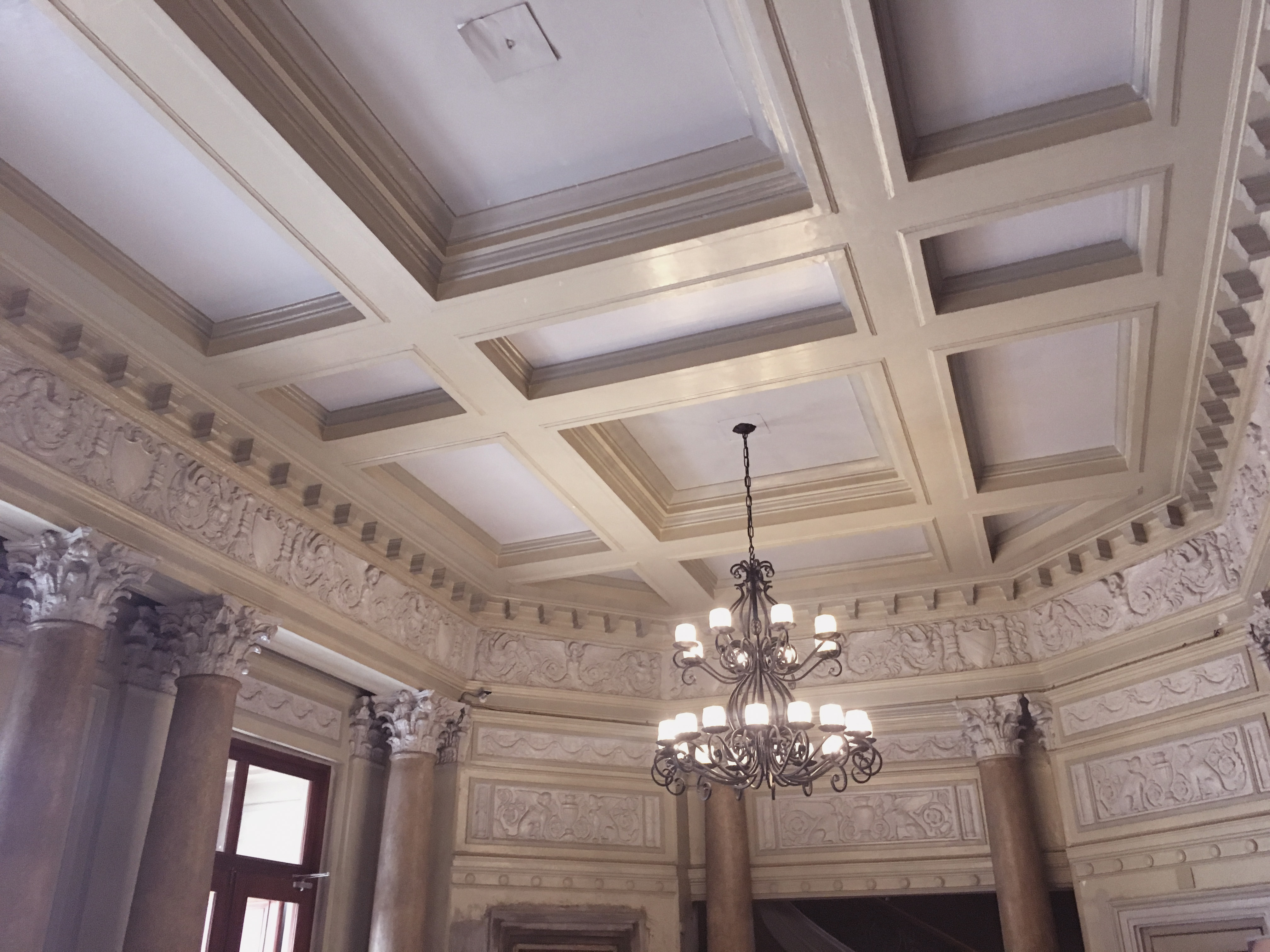 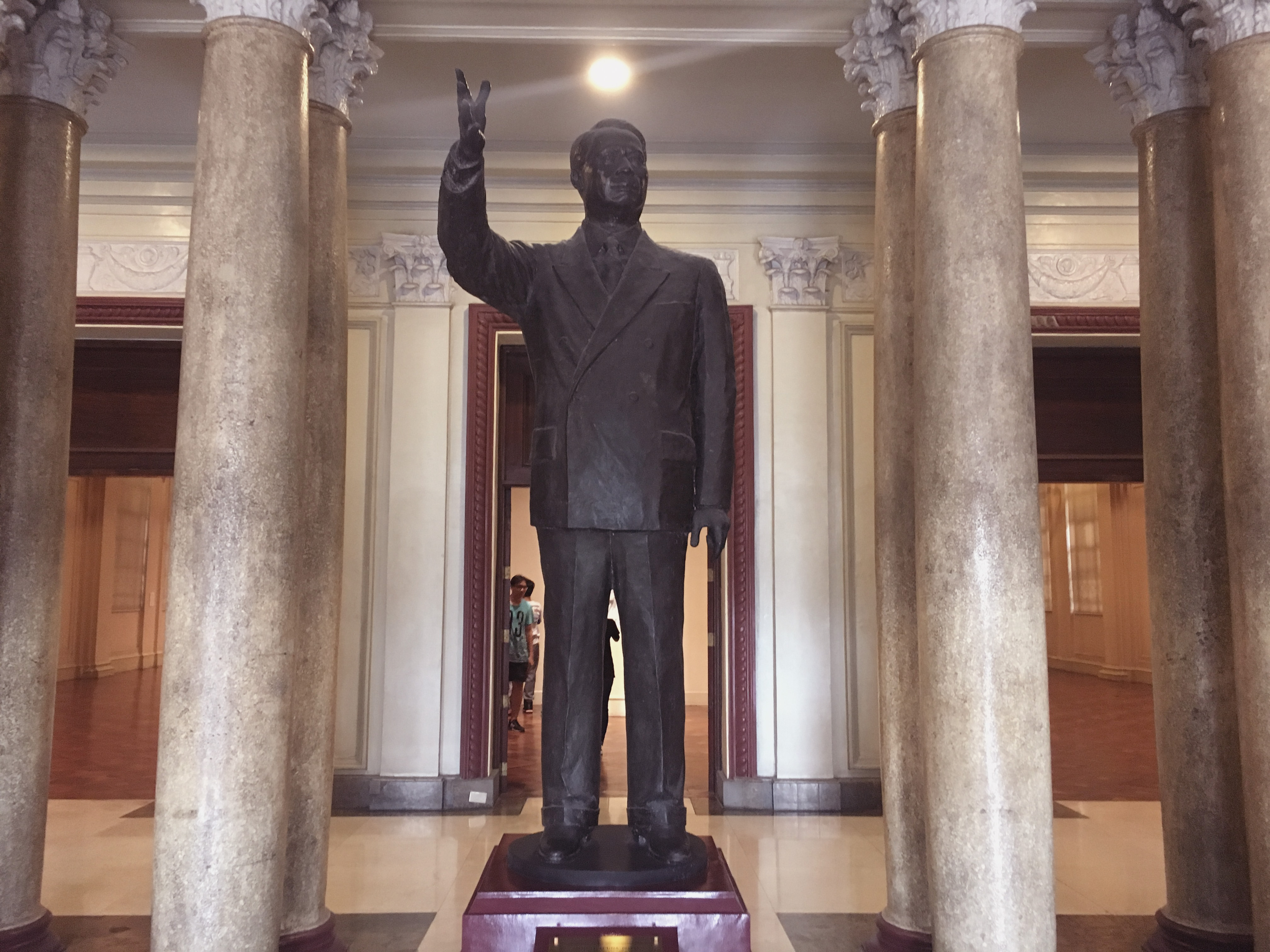 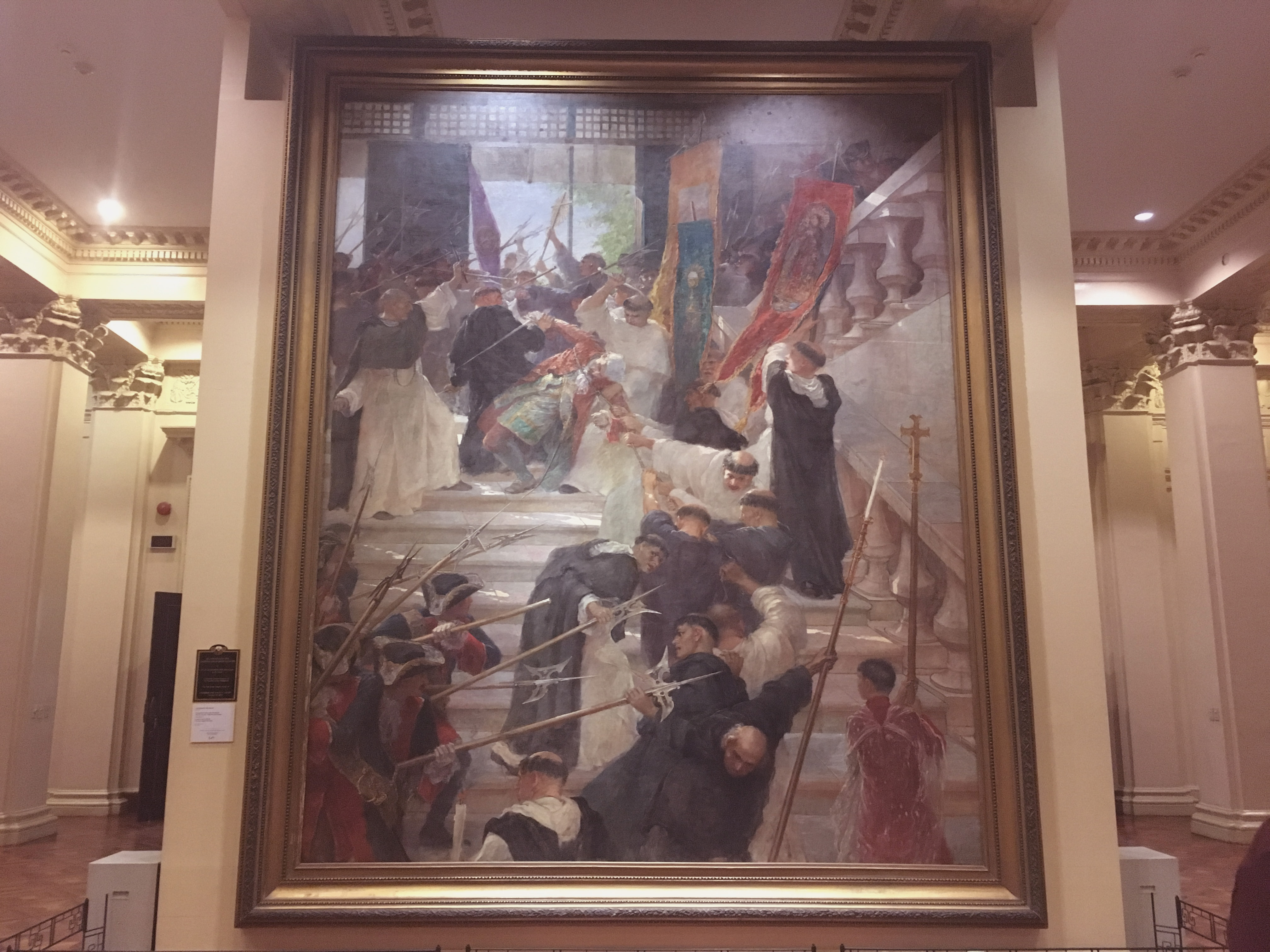 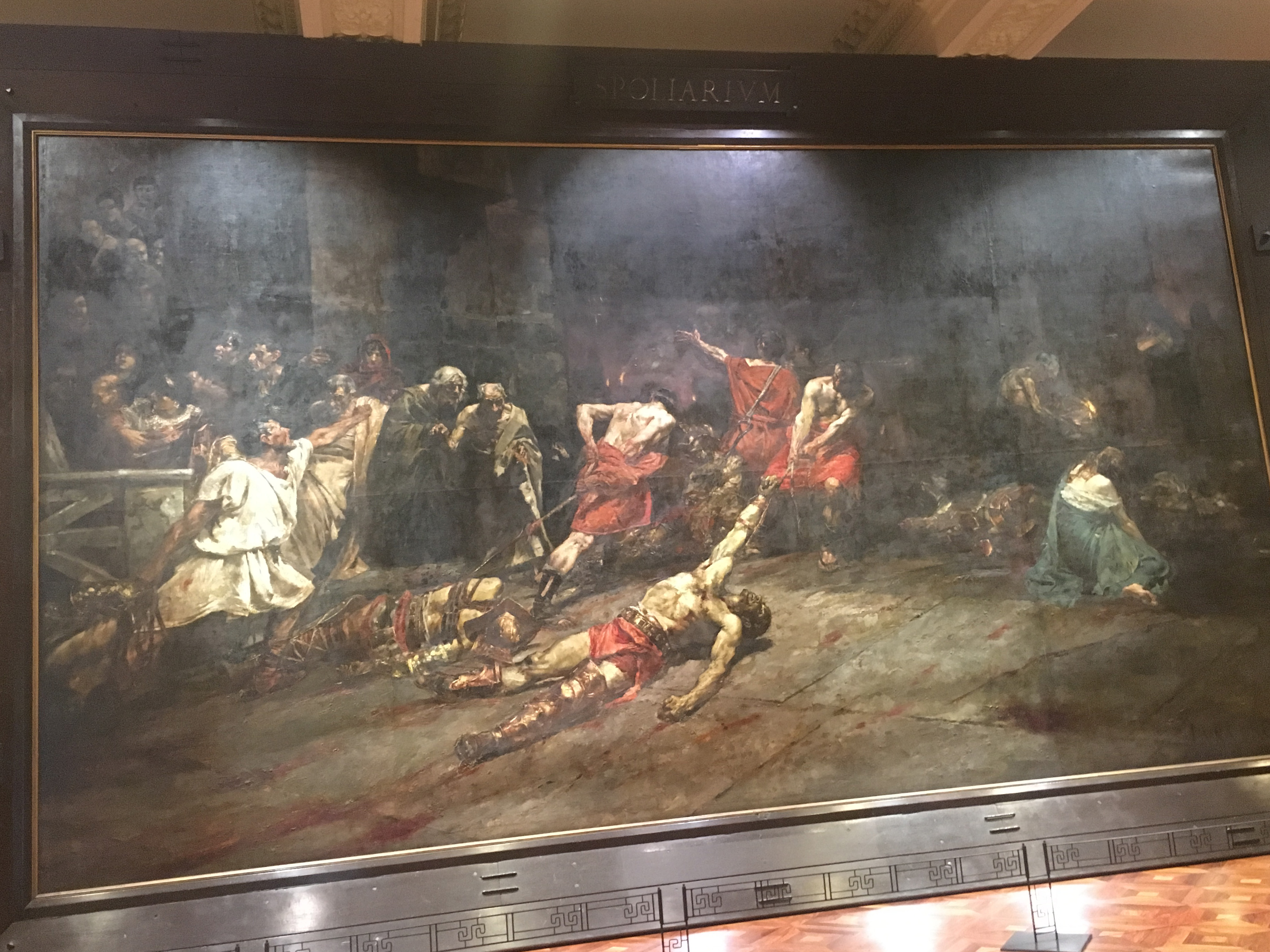 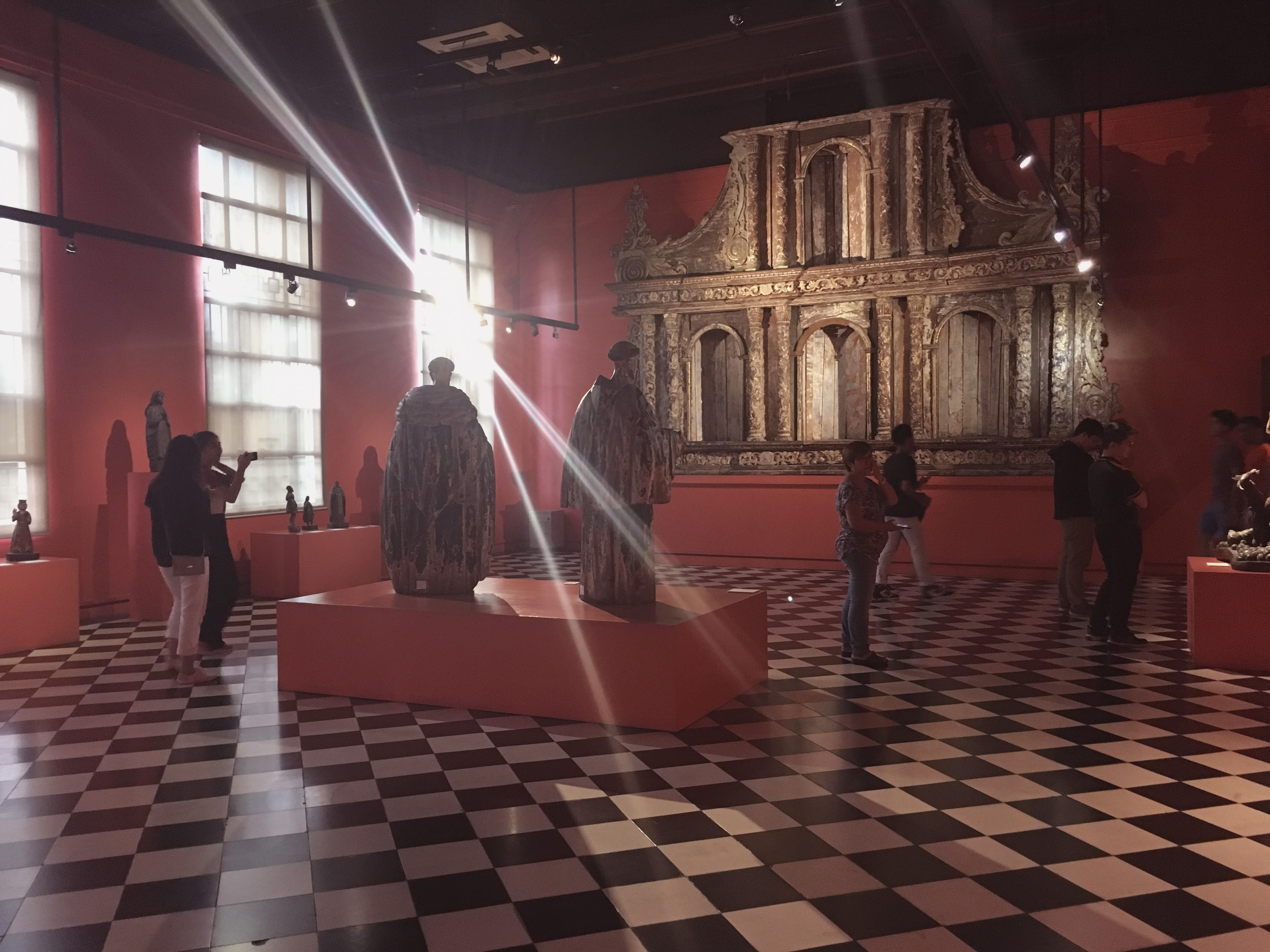 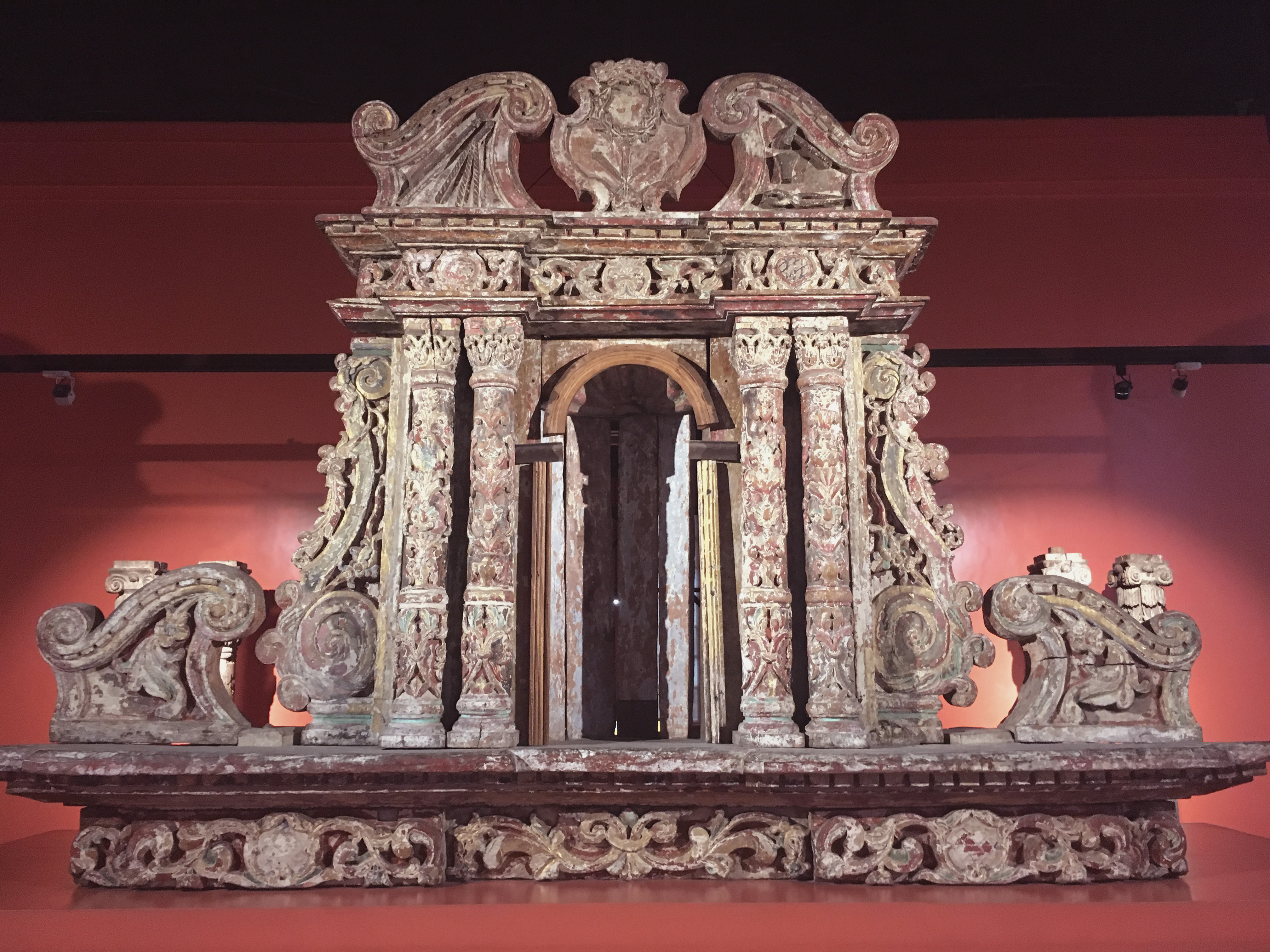 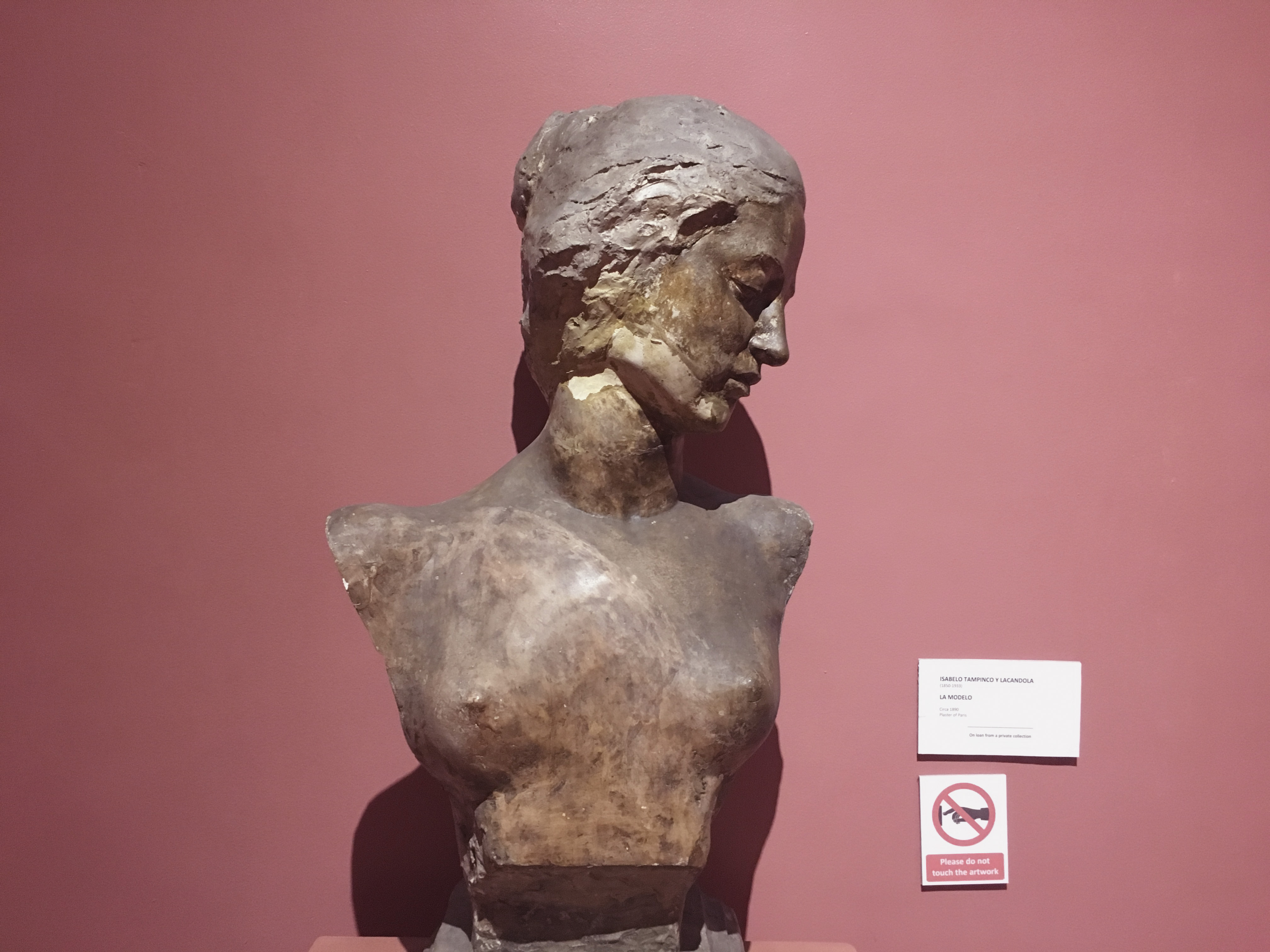 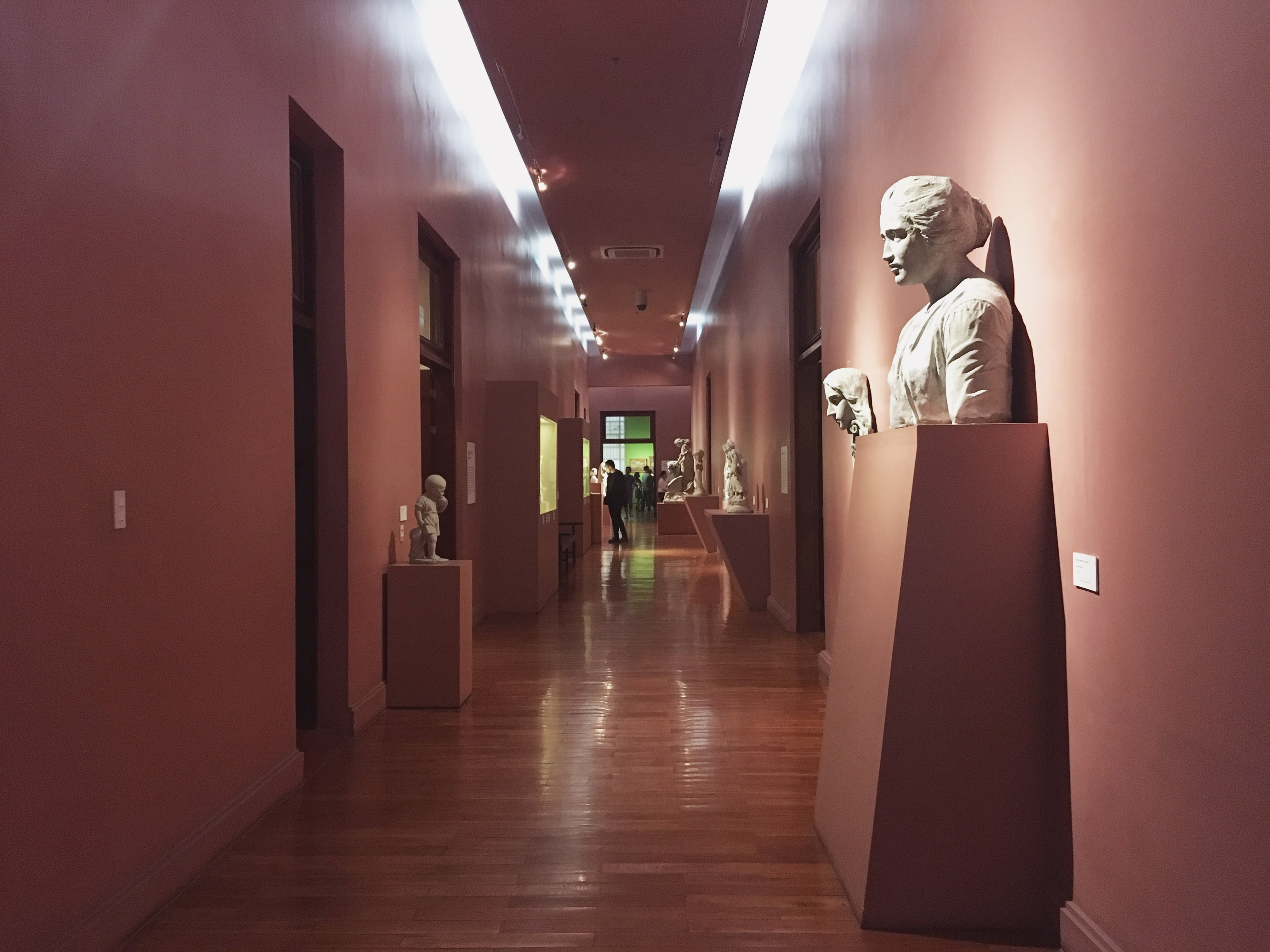 We attempted thrice in the span of two days to watch the shows at the National Planetarium but was unsuccessful because we always get stuck in traffic. It recently re-opened early this year after renovations to upgrade the facility and I really wanted to see whether it lives up to my memories of being in awe of it back when I was in grade school. The nearest miss was when we missed the 10 AM show by 5 minutes and the next one was for 2 PM. Instead of hanging around and waiting, we headed to BGC for another museum. 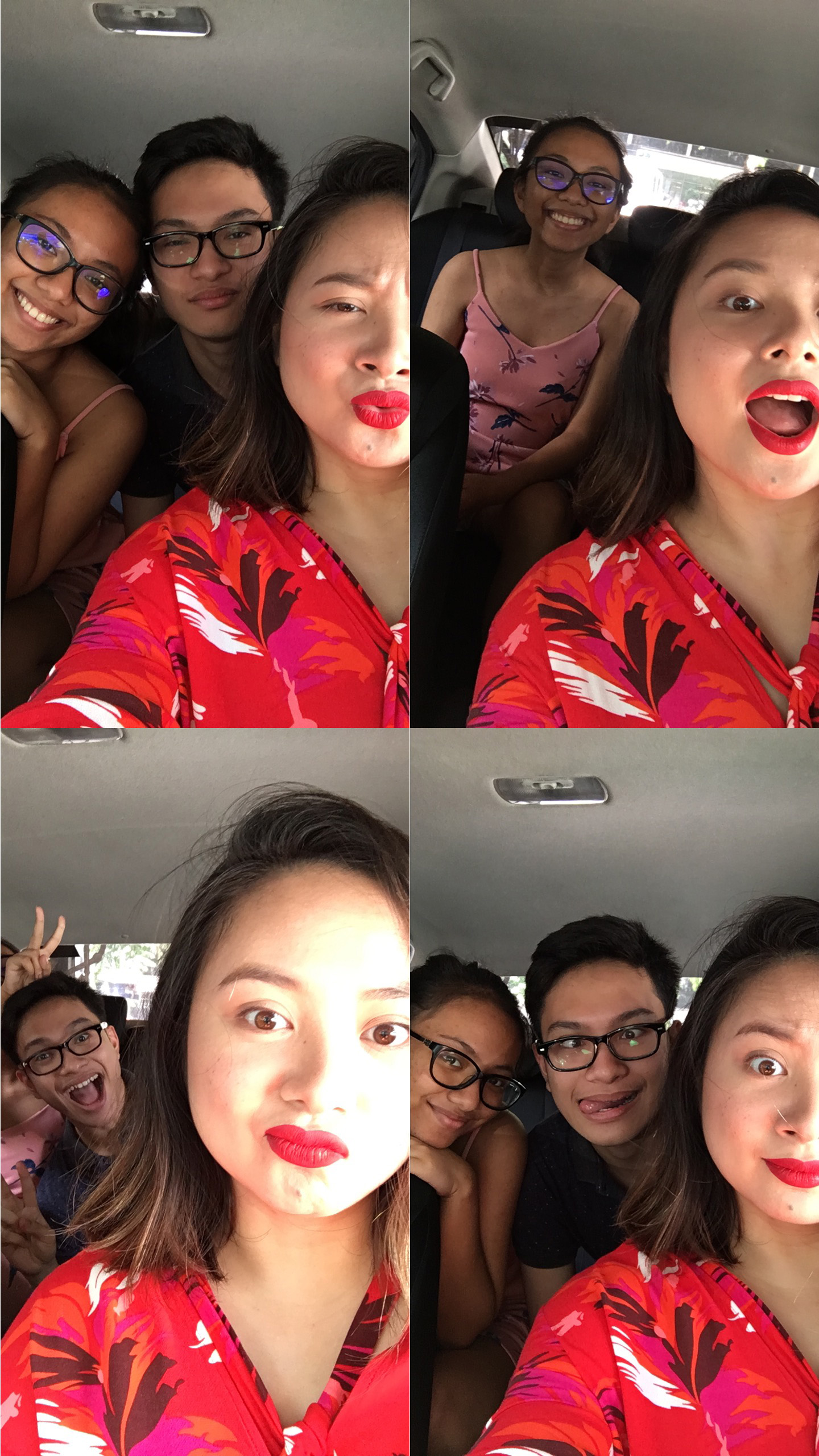 Adult responsibilities aside, I still feel like a child at heart and interactive museums never fail to entertain me. We went to The Mind Museum where I’ve been itching to visit.. but I also don’t like heading to anywhere in Taguig (the office included) because that place is like a bubble. Getting in and out of it is a journey on its own because traffic is horrible. It takes me a full hour on normal work days to get from the BGC bus terminal to the office building I work in even when I get off at the third stop. Ugh. But I digress. The Mind Museum is not as extensive as other interactive museums I’ve been to, and they know that which is why they have three-hour time slots which are ample time to explore the entire museum. Unlike the National Museums, admission is not free. If you’re going with a student (or anyone you know that has an ID for discounts), have them bring their ID. My brother goes to a state university and his discount is huge (since my sister attends a private school, hers is minimal but discounts are discounts haha). 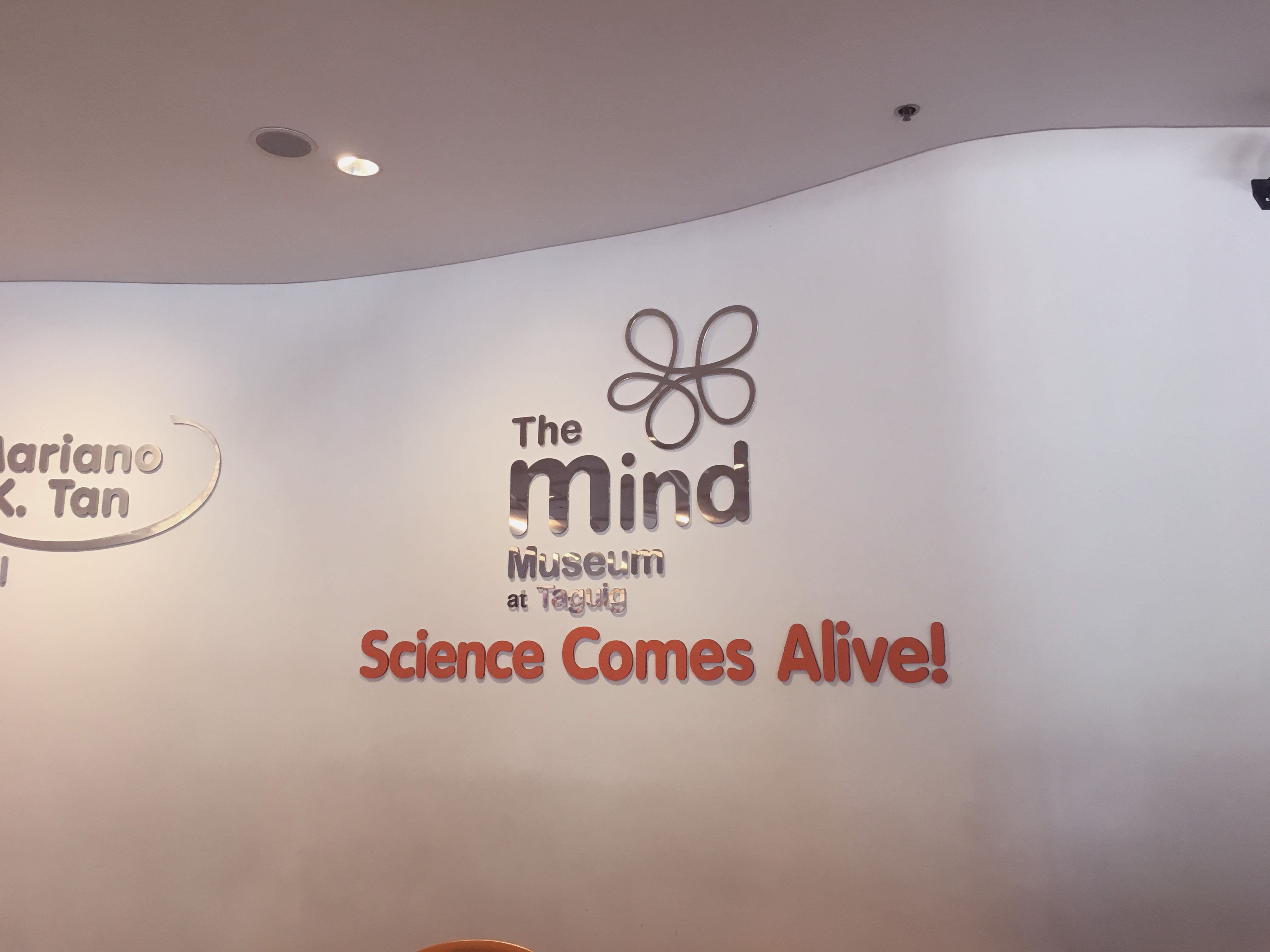 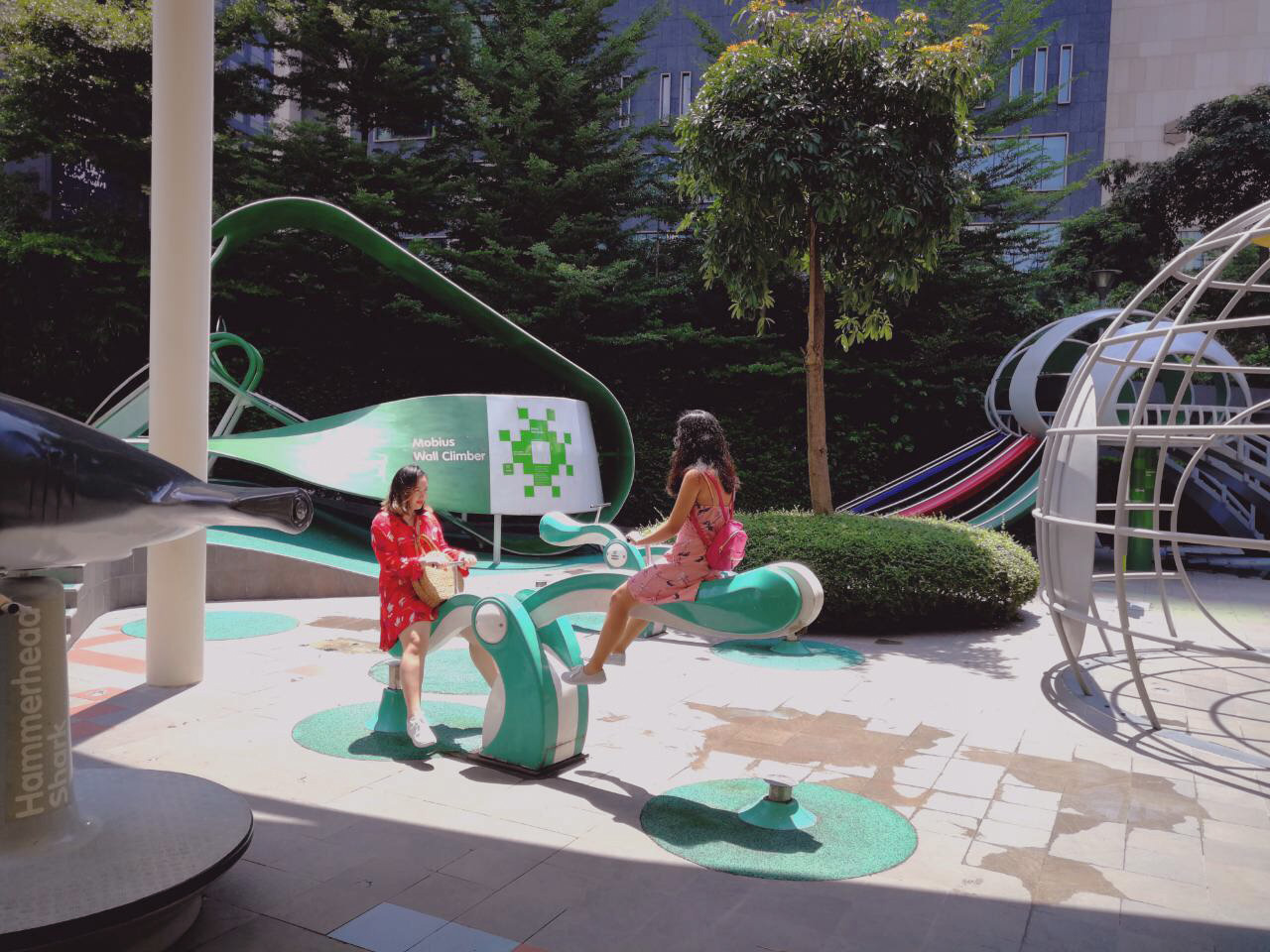 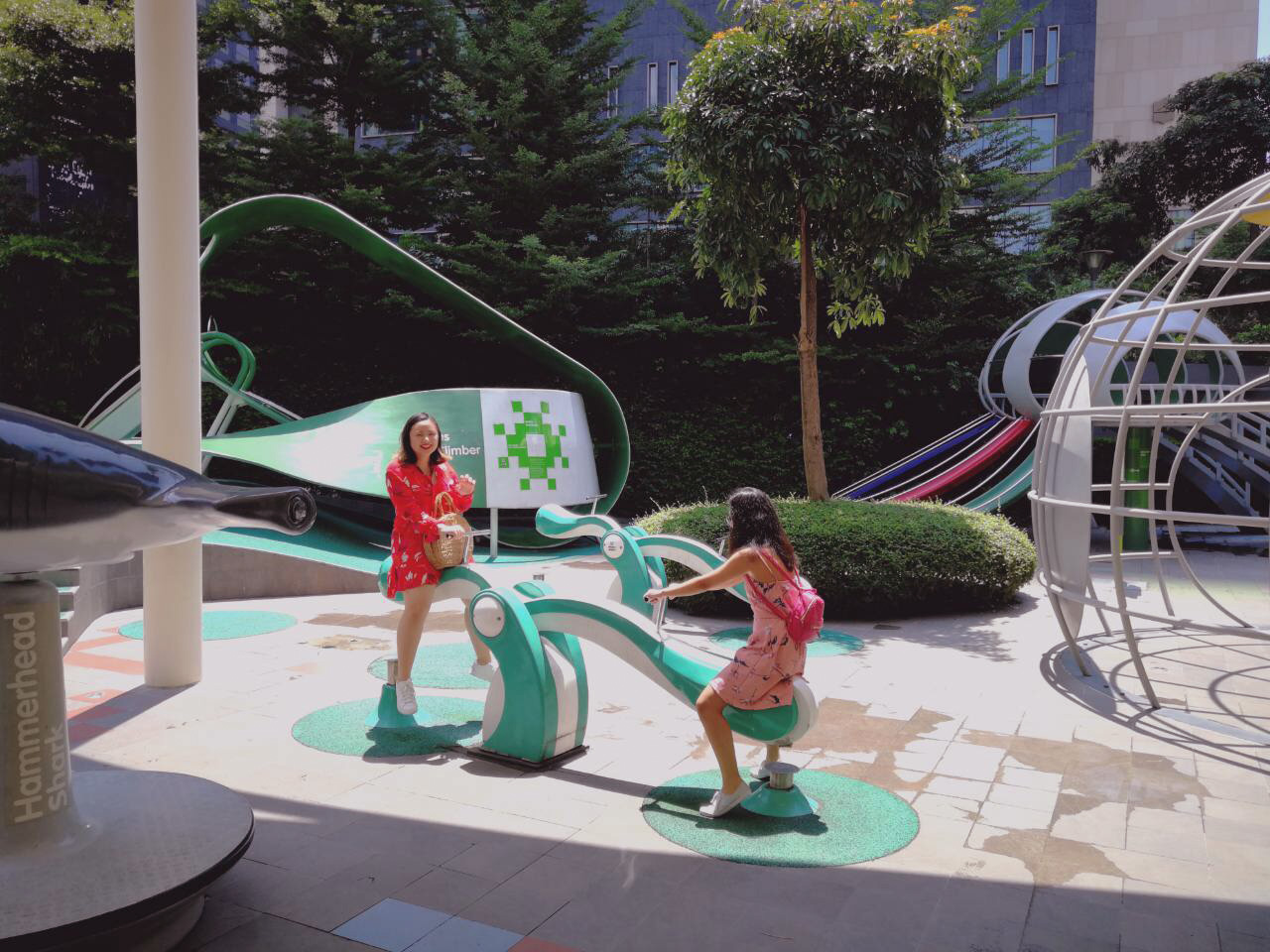 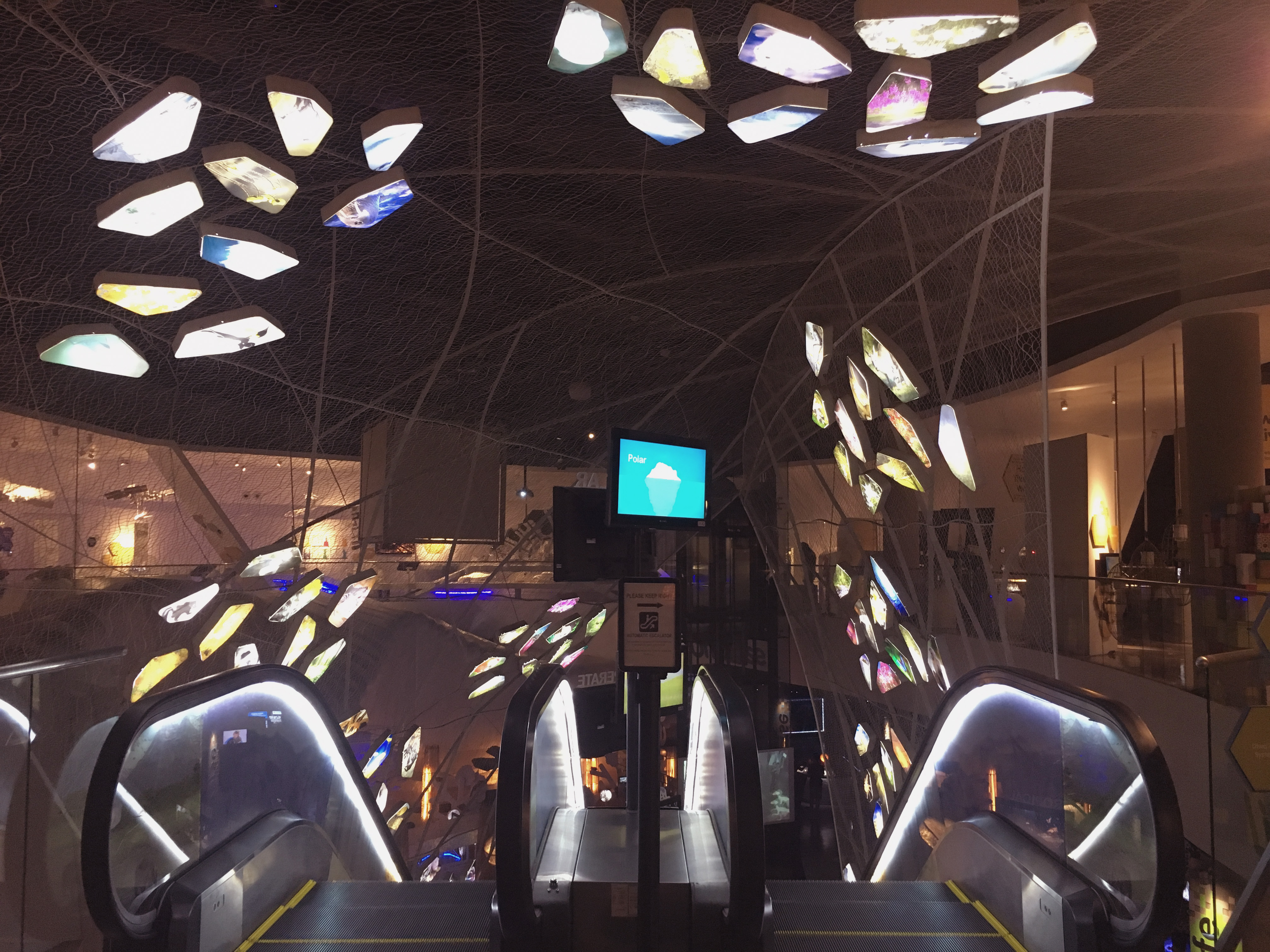 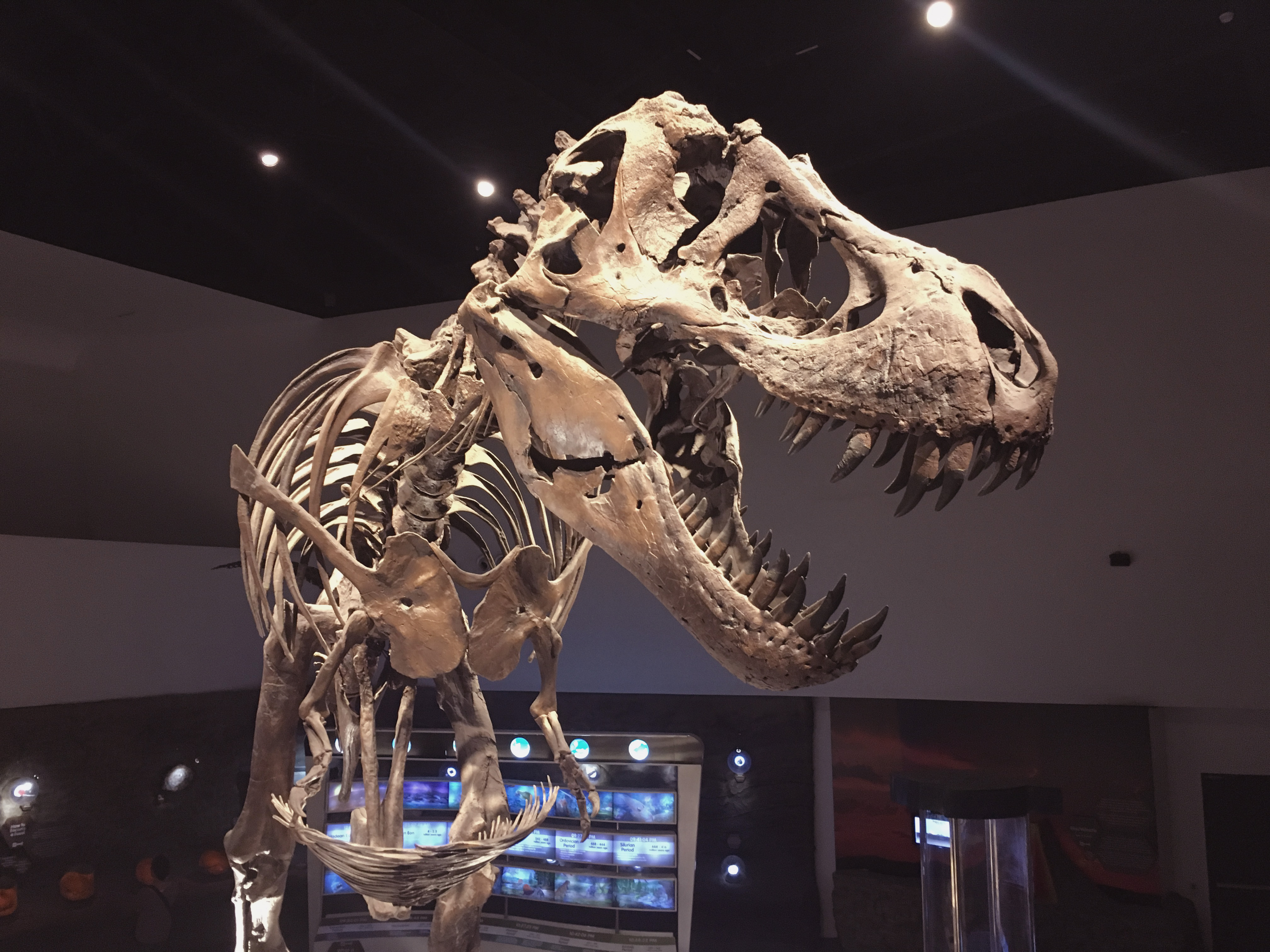 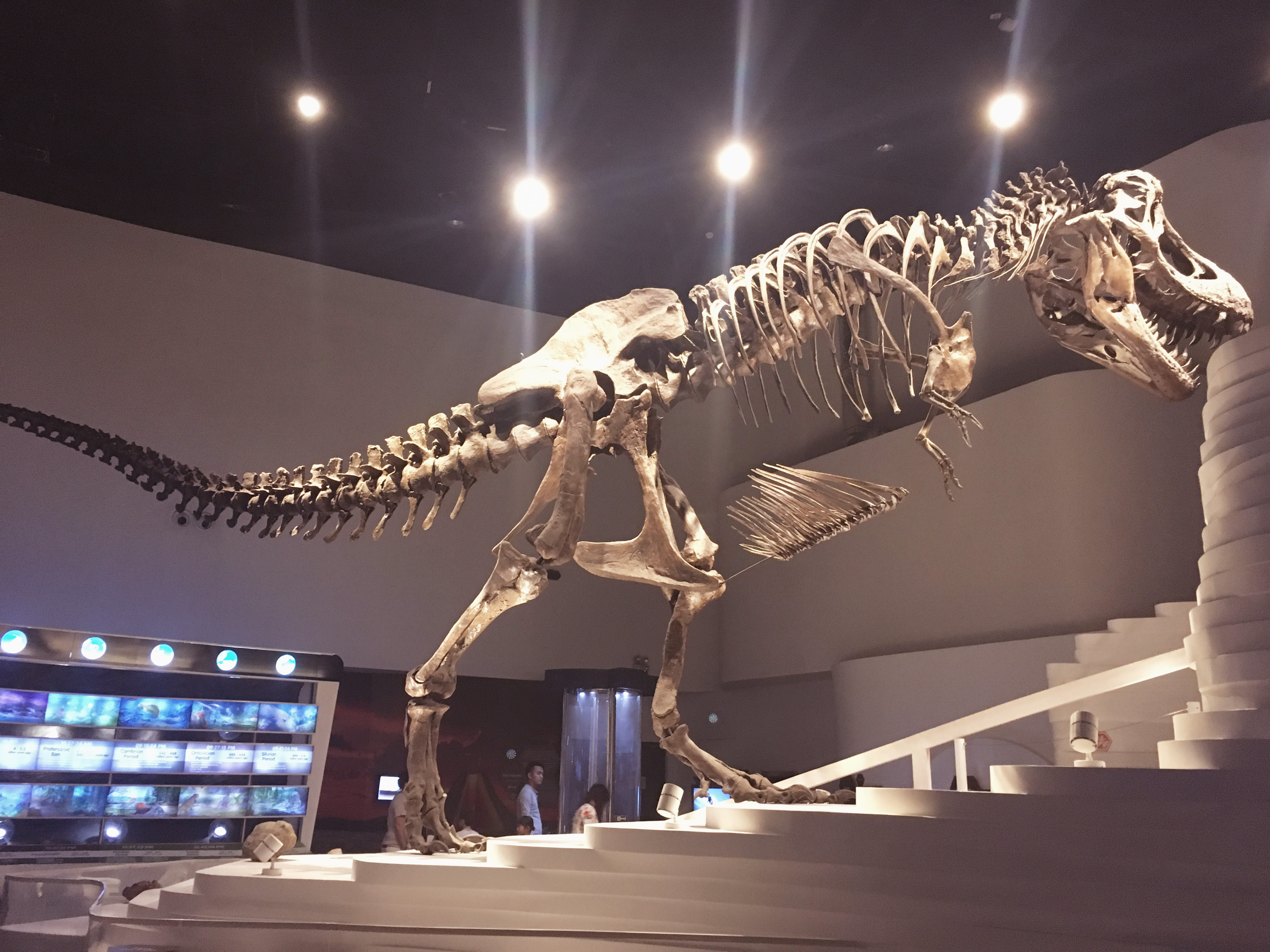 After visiting The Mind Museum, I wanted to head back to Rizal Park and take our chances at either the Planetarium again or Museong Pambata. But we knew the museums close early and all this rain is undoubtedly going to foist our plans once again that C just drove around while we thought of what we wanted to do next. He remembered how I wanted to go to a gun range, and headed to Makati Cinema Center where there’s a bowling alley, a gun range, and an archery range. When we got there, we had a vote on what we wanted to do (I’m all for democracy, even on my birthday haha), and archery won. Off to Kodanda Archery, we go. 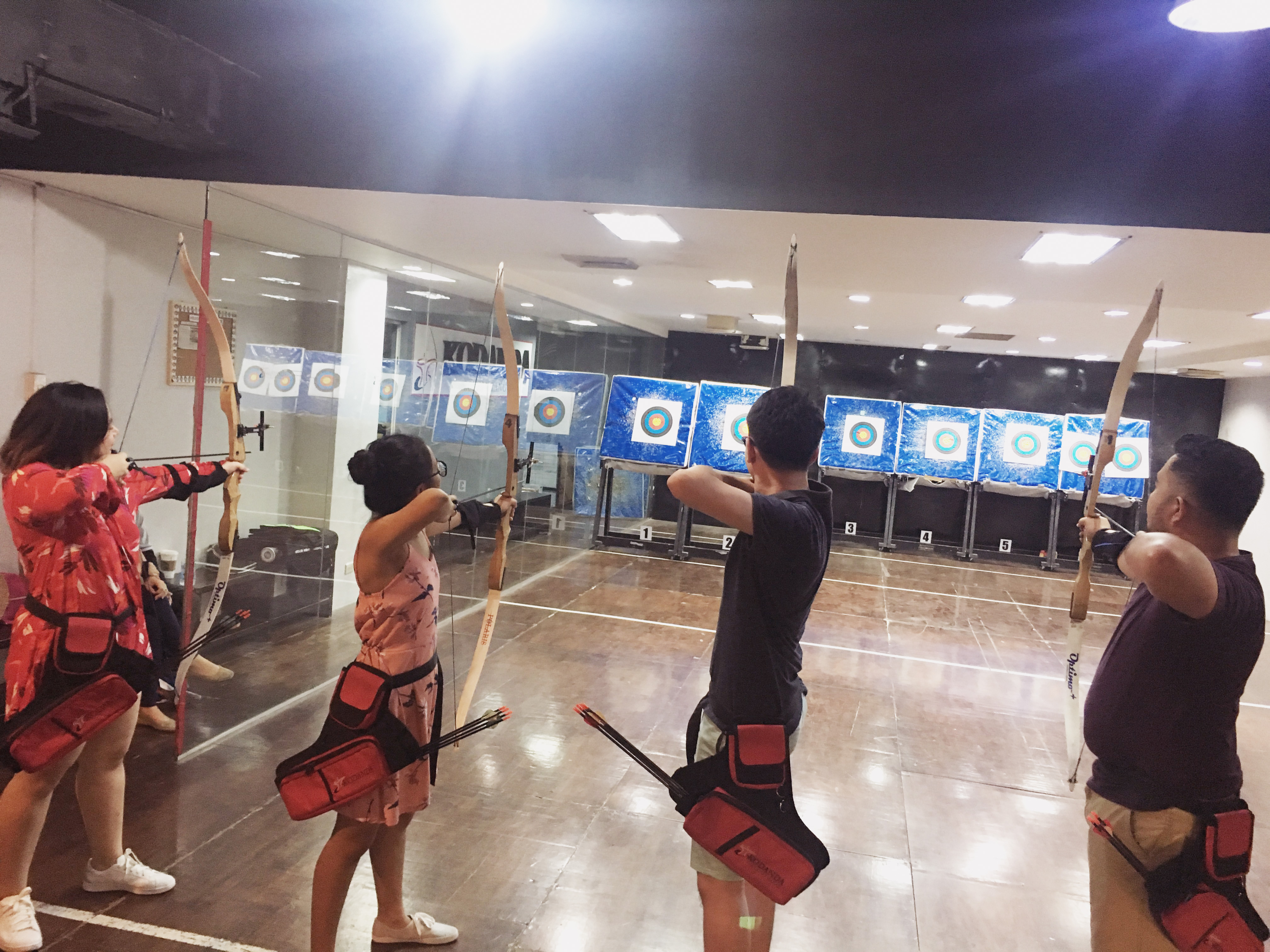 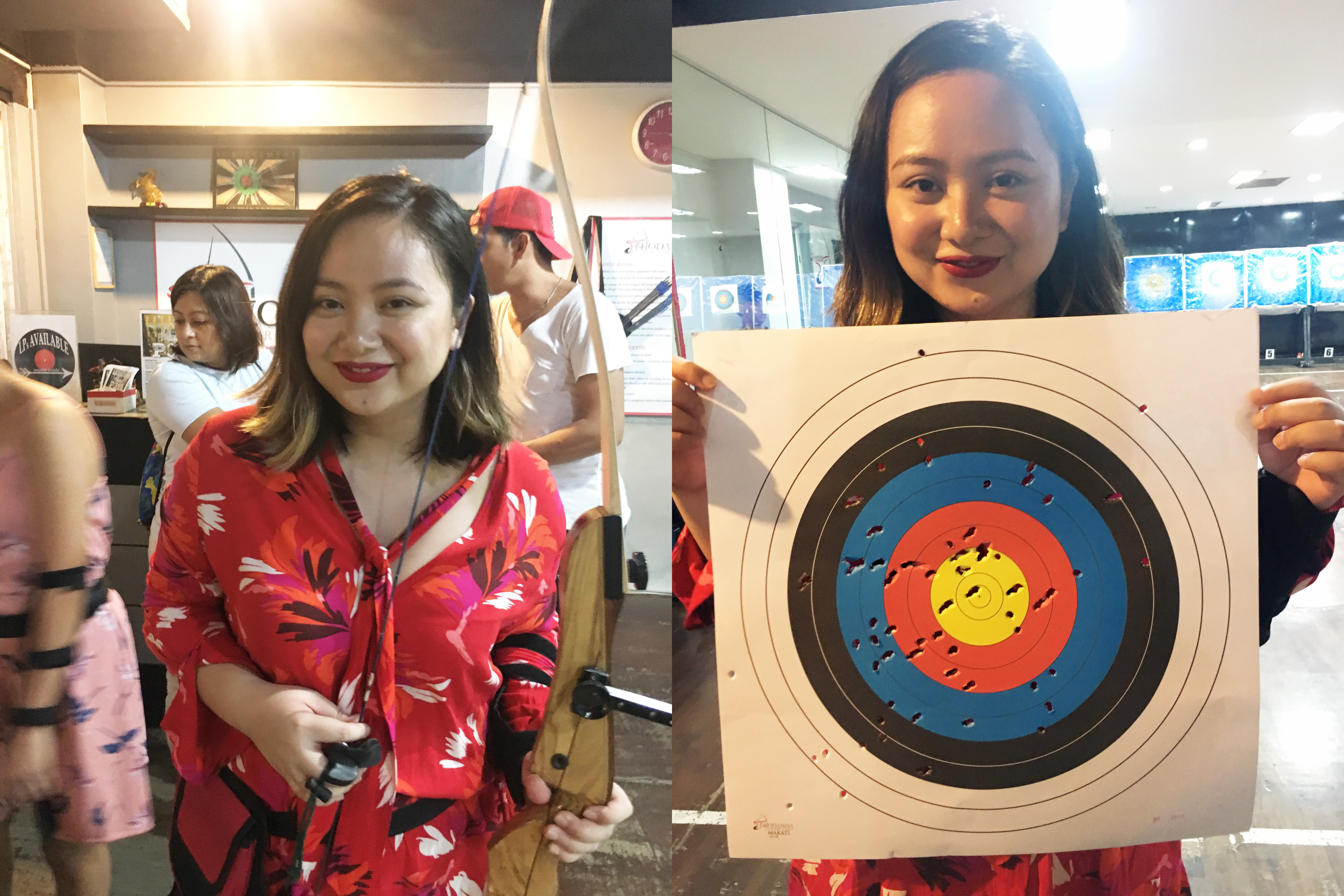 WHERE I STUFFED MY FACE SILLY

I also think that birthdays are a good excuse for stuffing your face silly, and I had three days to do so (which was, unfortunately, also detrimental to losing weight). We had a late lunch in Binondo on our first day and I over ordered that it ended up as both lunch and dinner for us. C & I have made the walk to Sincerity Cafe & Restaurant from Binondo Church since we were in college, mainly because it was C loved their fried chicken, plus it was cheap and we didn’t have a lot of cash to spend on dates. This time we went to their branch in Lucky Chinatown Mall and had our patience, with the traffic and the almost full parking, tested. 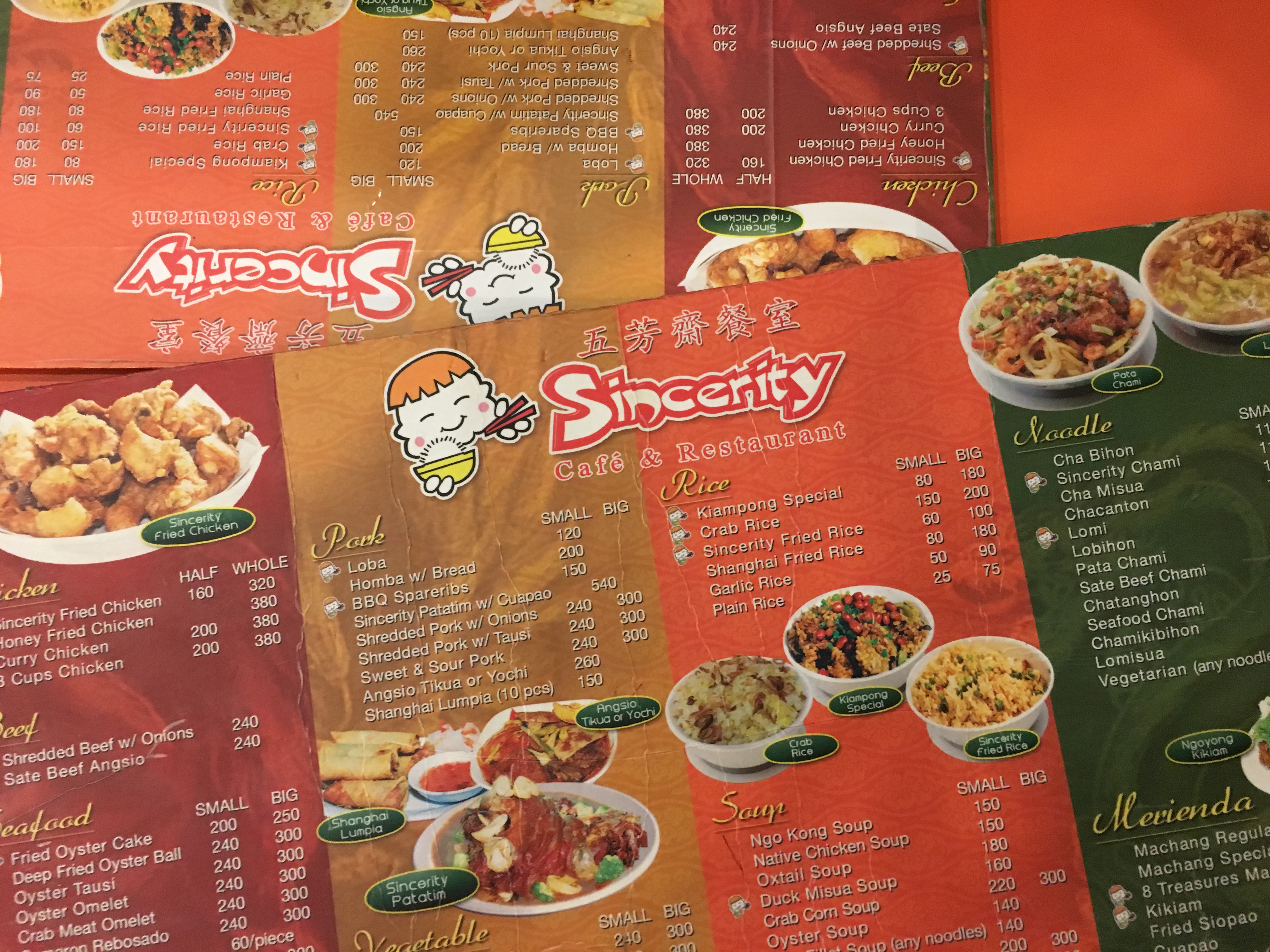 Anyone who spent their childhood in the Philippines in the 90s grew up with Jollibee. I’m not gonna lie, as an adult, it still is my favorite fast food. When I was younger, all I wanted for my birthday is a Jollibee birthday party which I didn’t get, so I’ll make do with a birthday lunch from Jollibee. 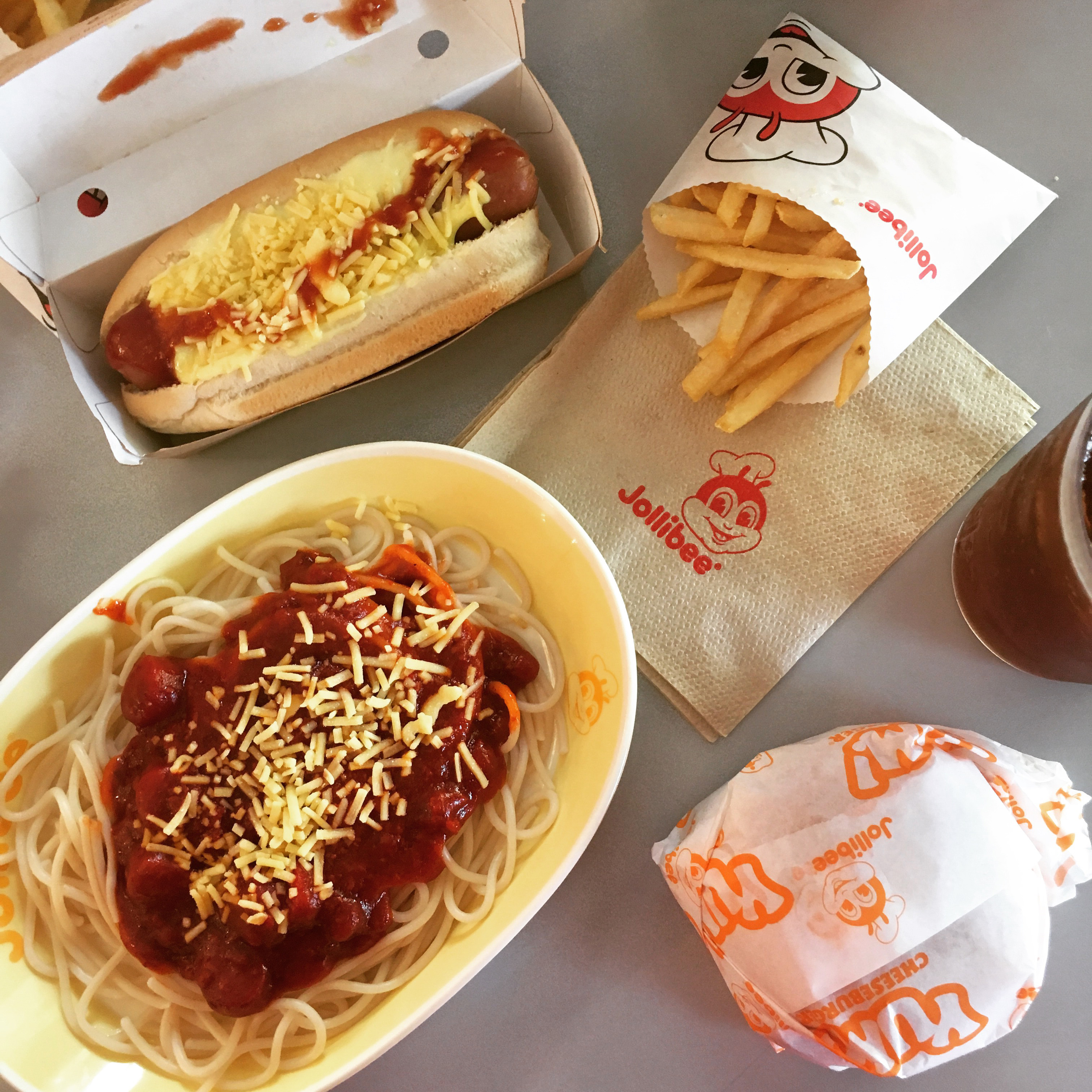 The last leg of stuffing my face happened during my birthday dinner at Niu by Vikings. I was looking into dinner buffets that had a birthday promo and wasn’t too expensive (no hotel buffet dinners for me) but still served quality food. When multi-cuisine buffets started popping out of nowhere the past few years (beating the classic Pinoy buffets that have been around forever), cheaper ones followed suit. I didn’t want to gorge with so-so food, as quantity over quality has been quite the theme in some buffets I’ve been to. I did my research and ended up here to ensure a nice birthday dinner. I, unfortunately, didn’t get to try all the cuisines they offer because I got full around my third plate of food. Haha! 🙂 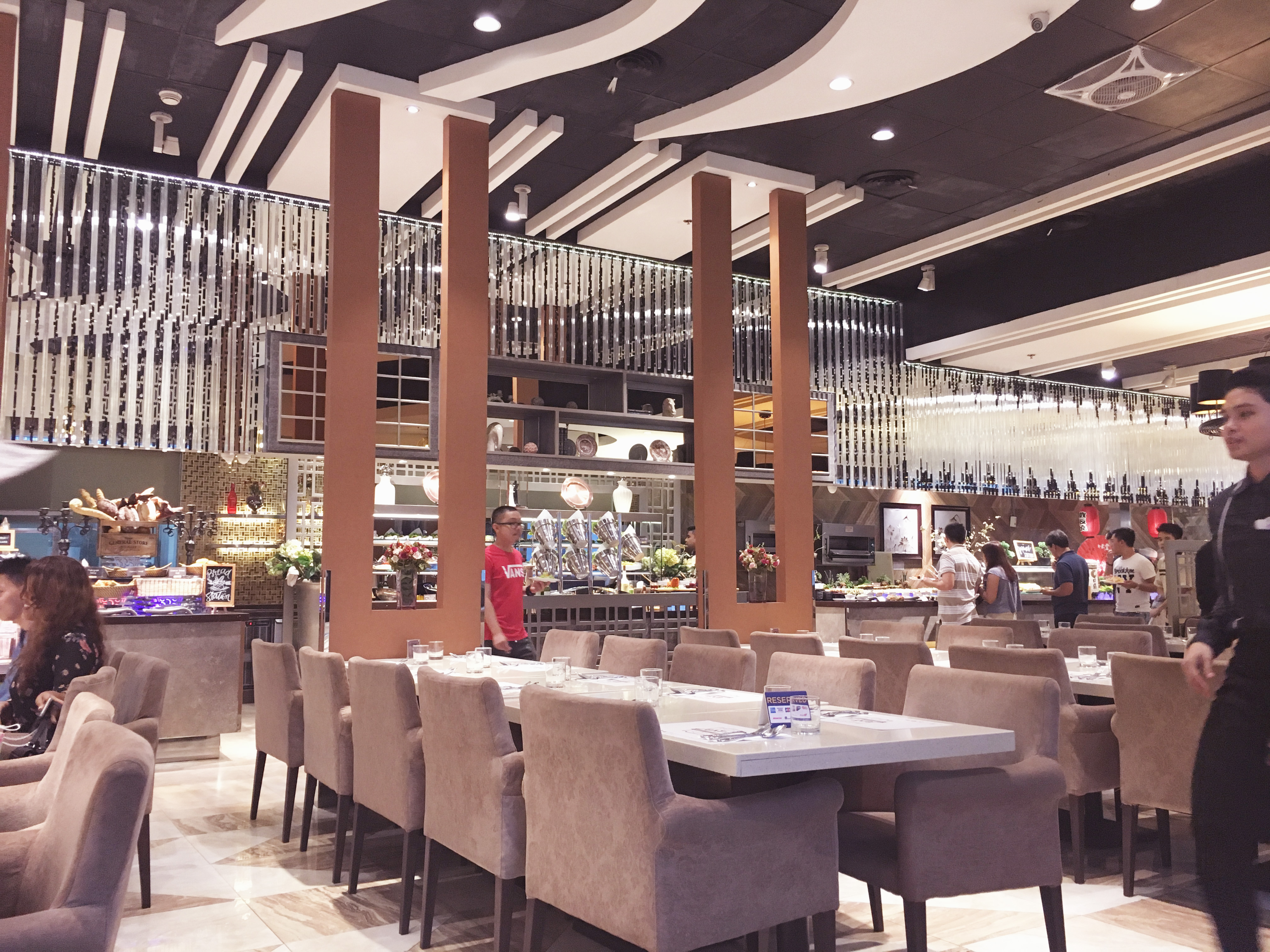 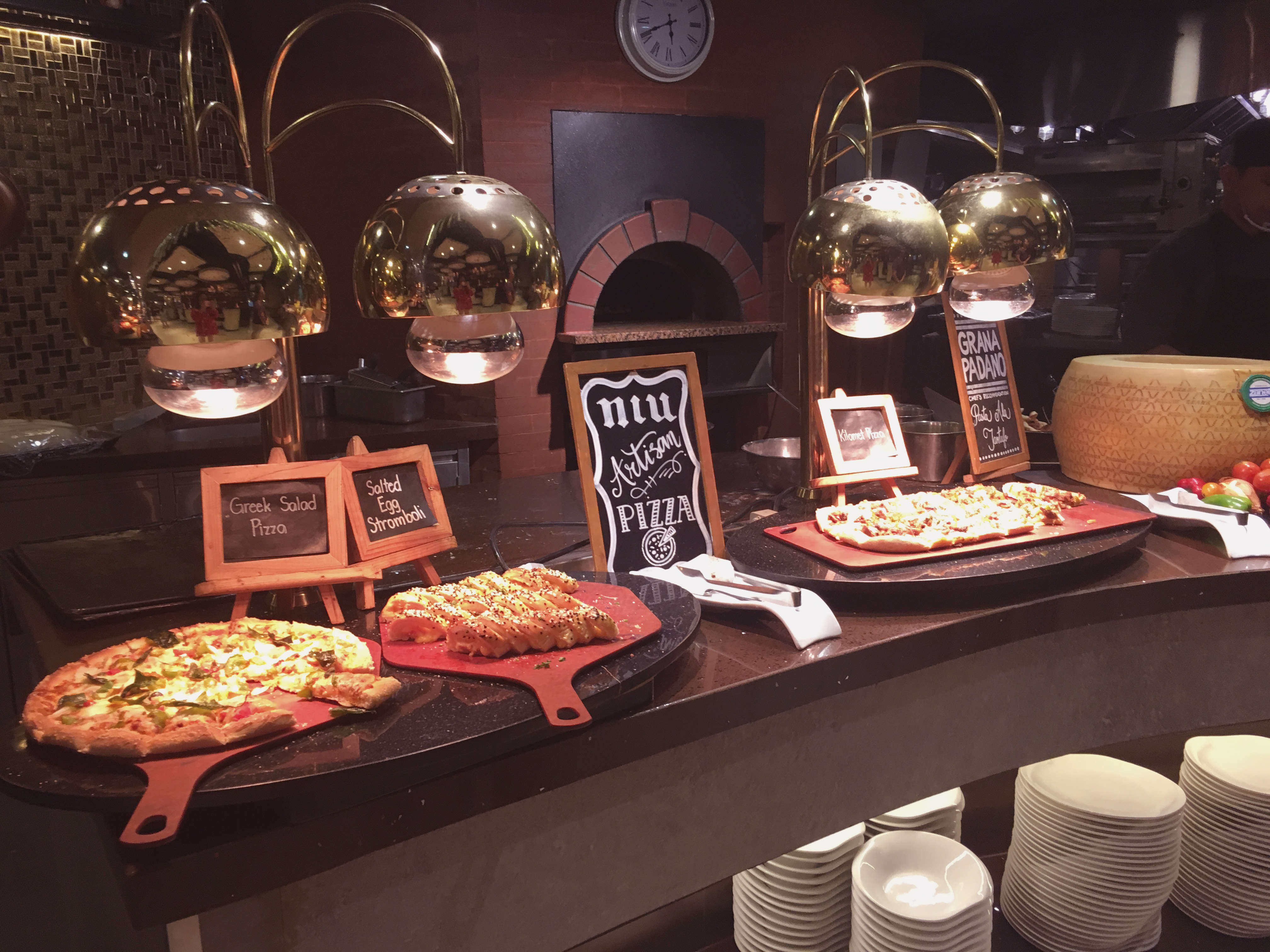 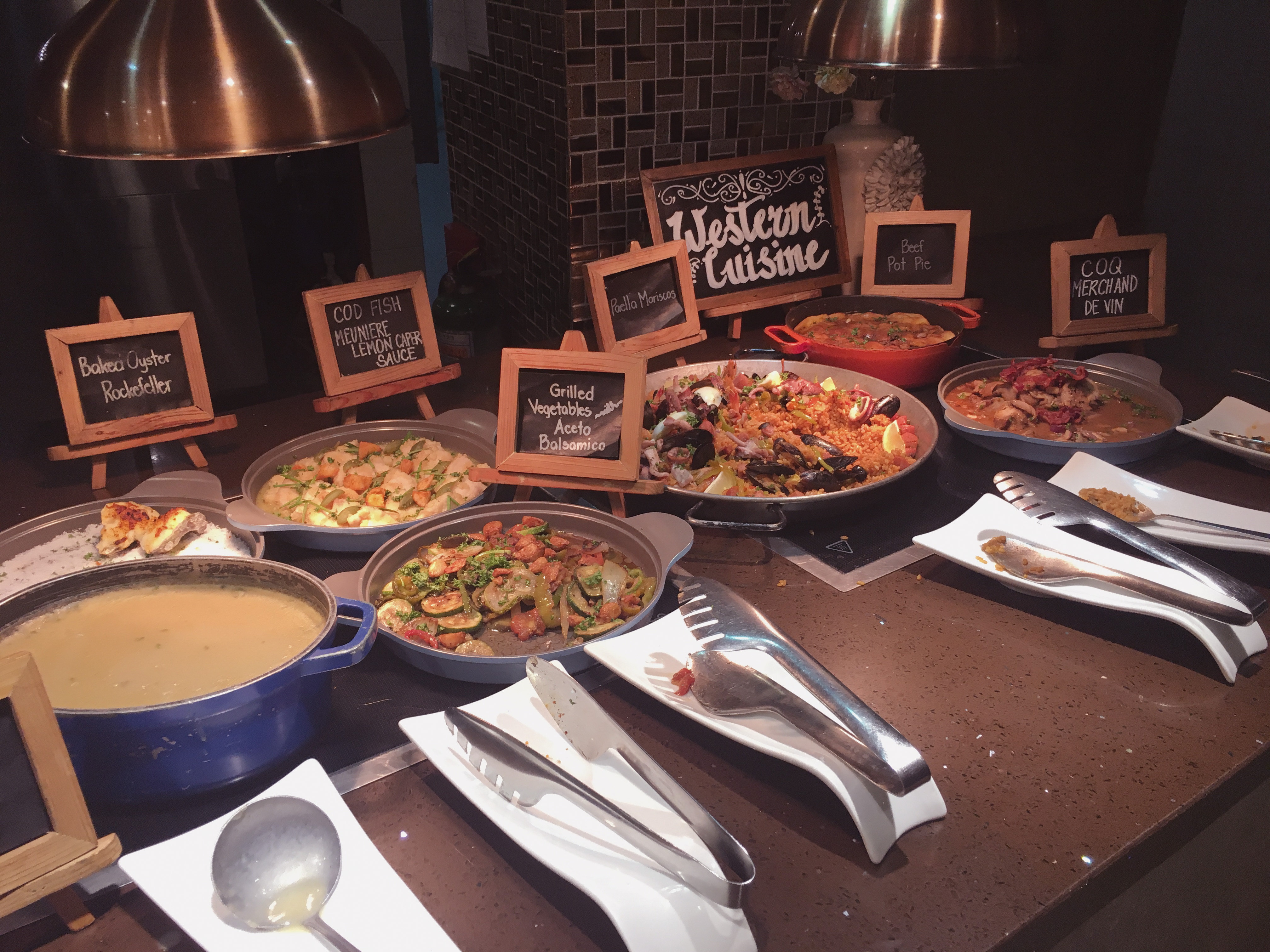 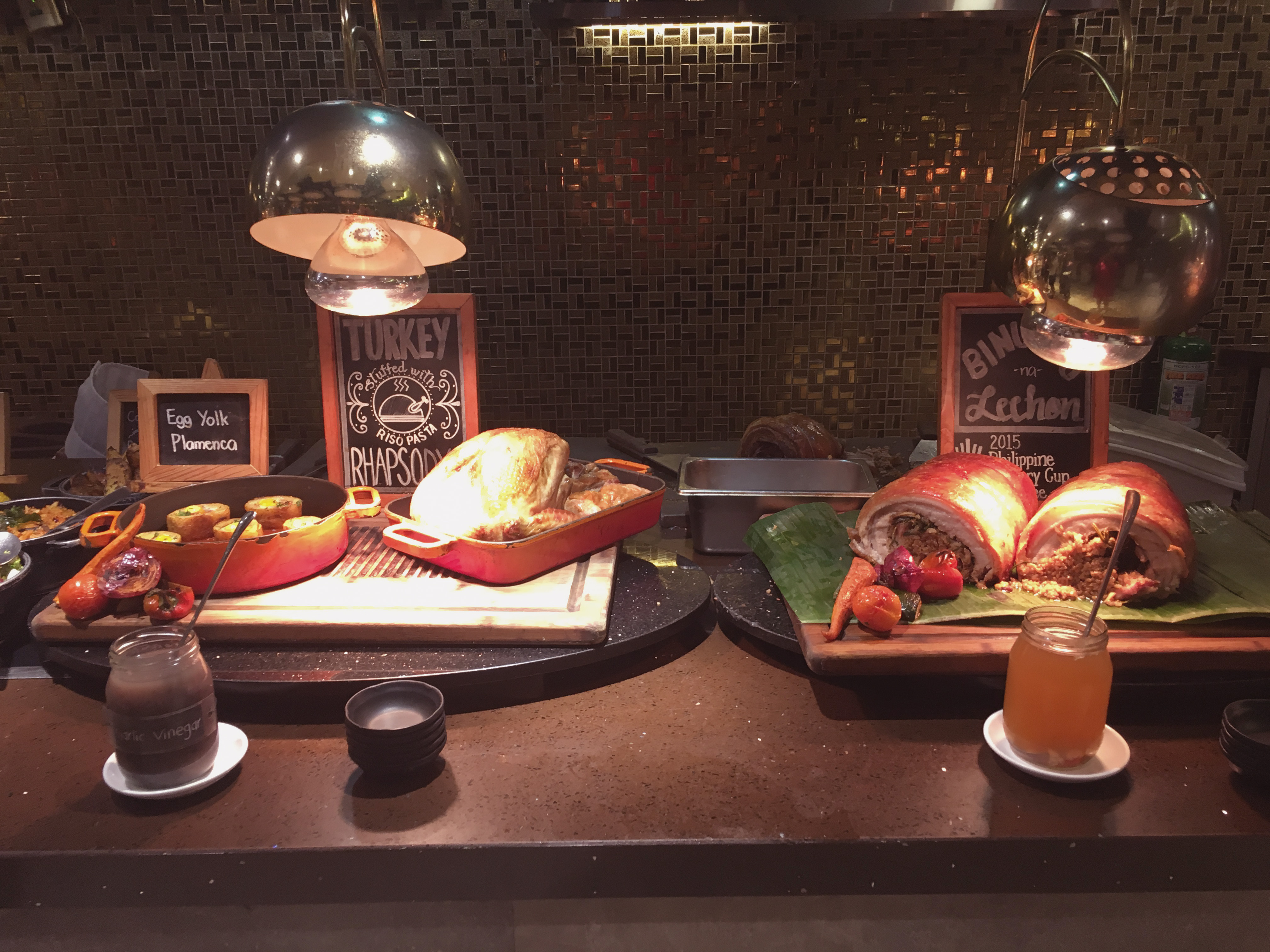 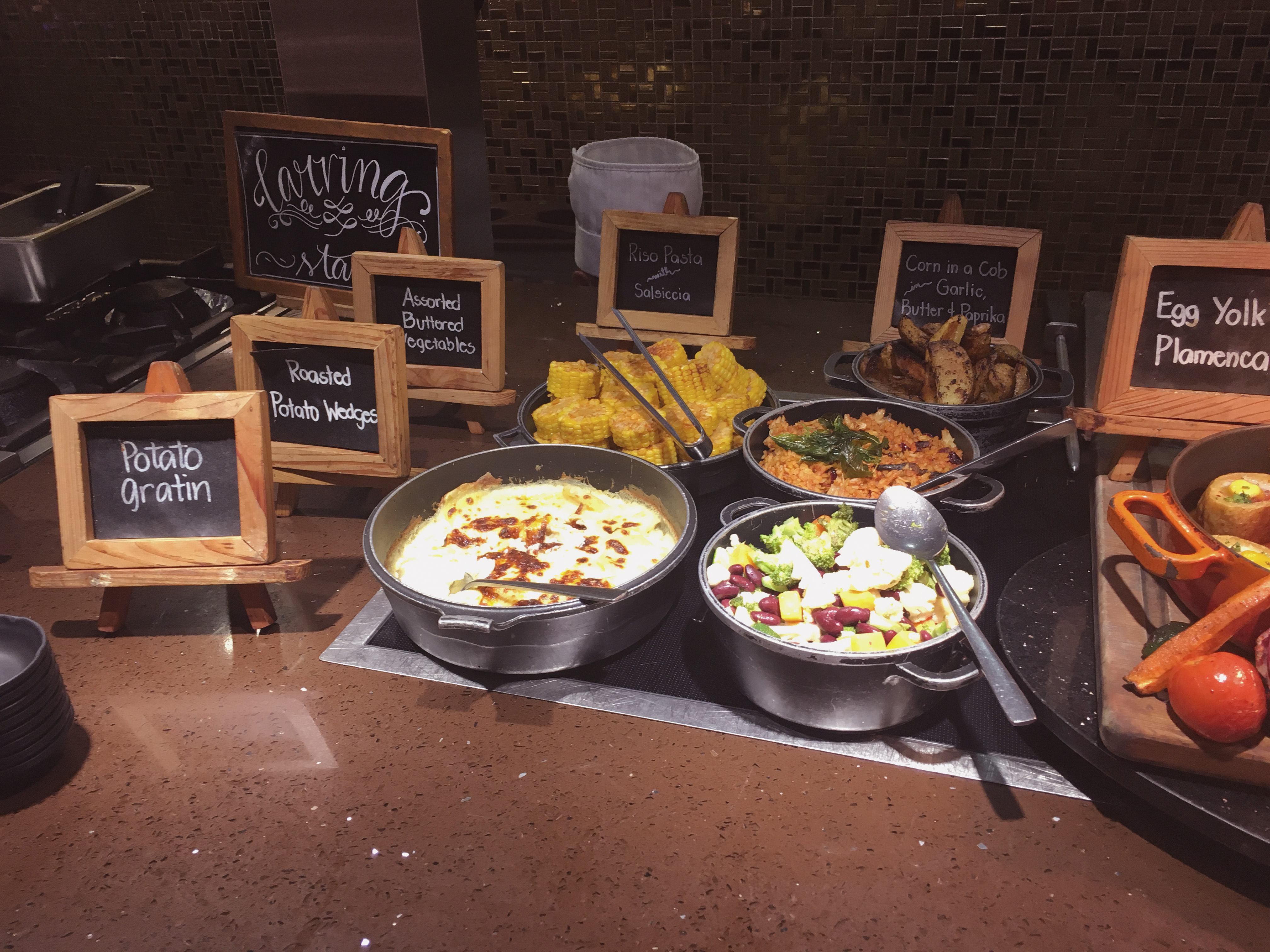 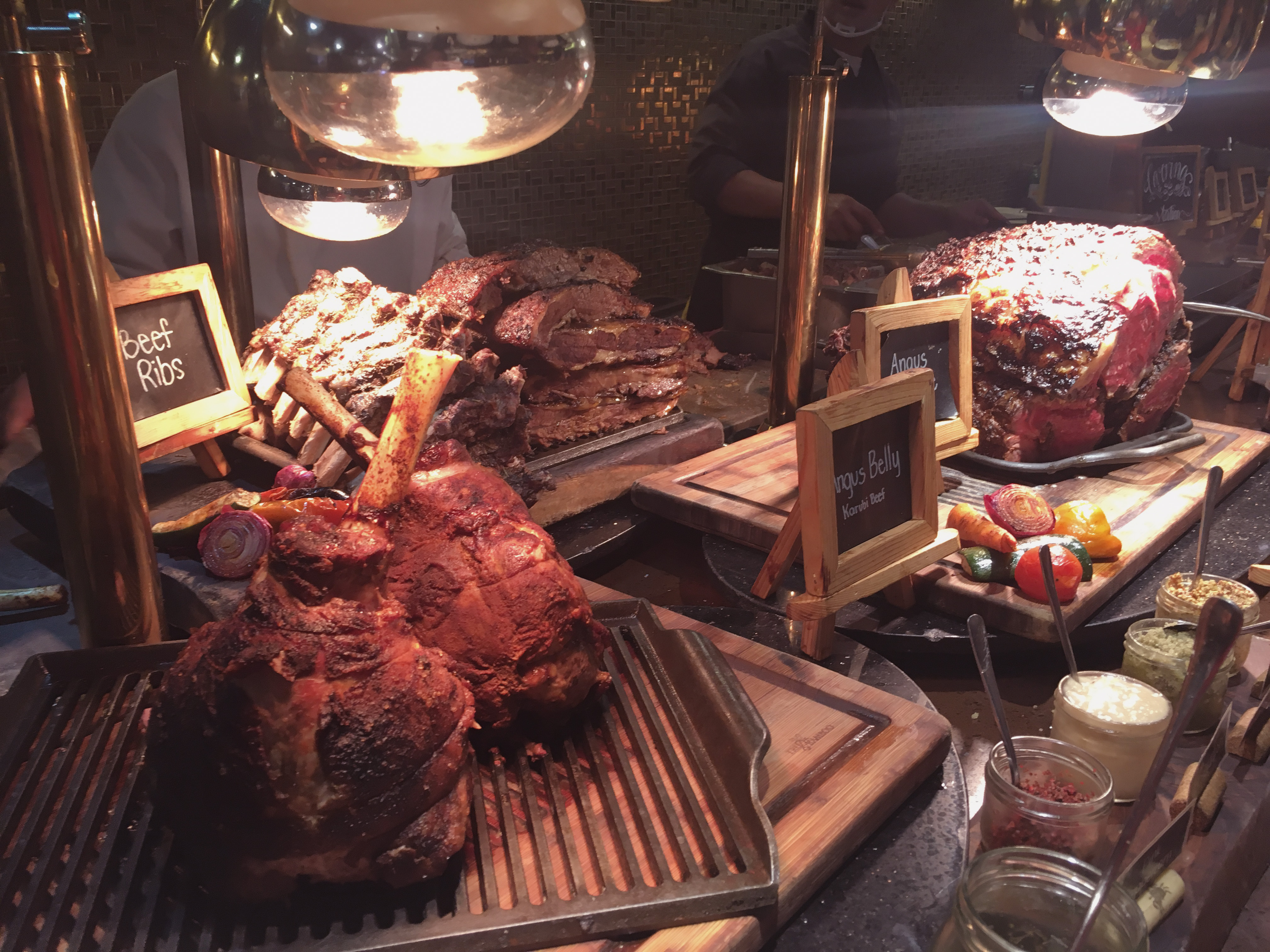 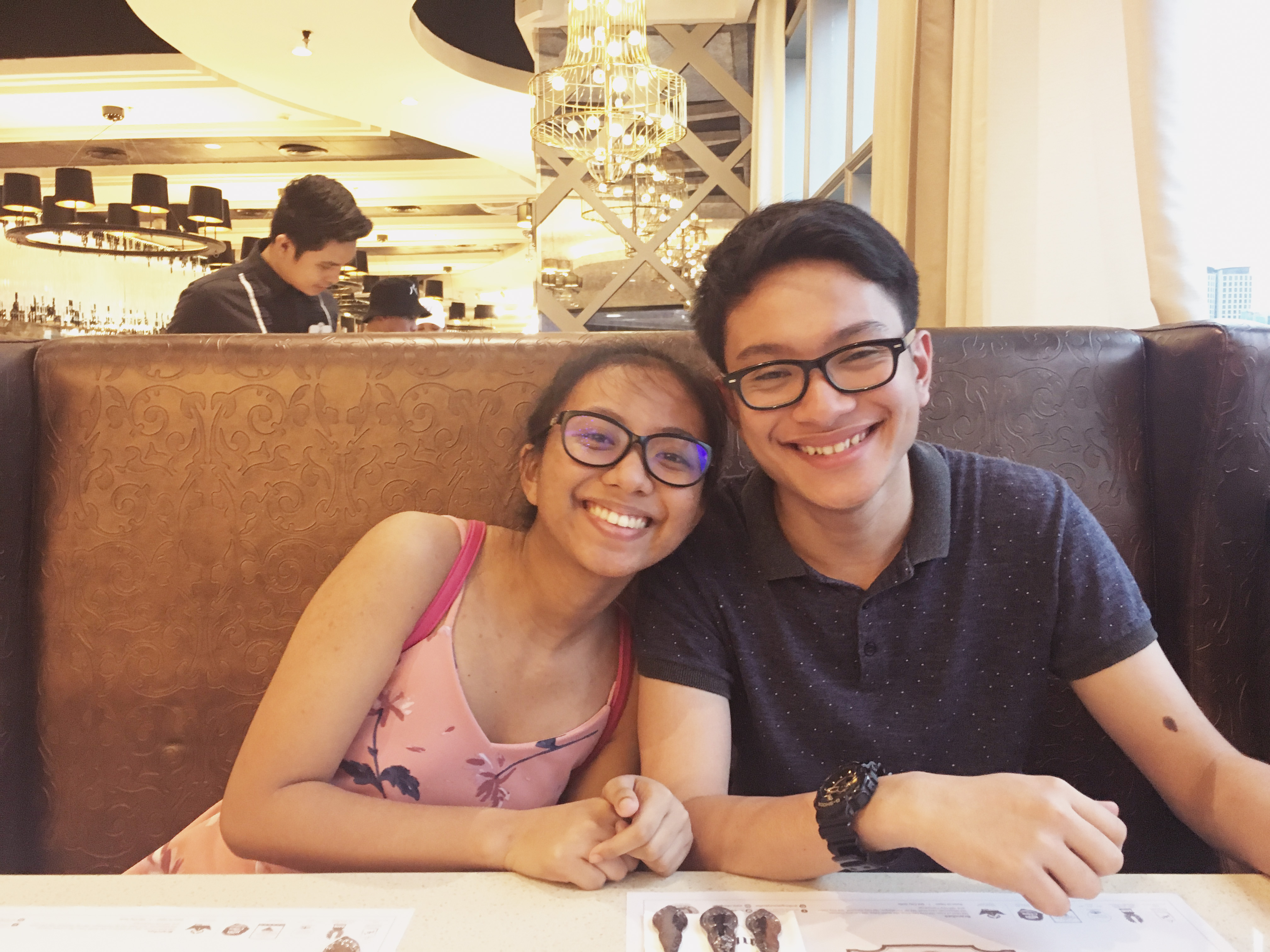 I had a number of restaurants that I wanted to try on our third day, but I still had a large amount of undigested food in my tummy. I was also starting to show symptoms of the flu. The feeling of being bloated and runny nose does not mix well together, and we spent the rest of our staycation utilizing the bed for sleeping. Overall, I had a relaxing and [literally] filling birthday weekend with my family. I honestly was dreading turning 26 for a bit, because 25 is a good number to achieve a lot of milestones in life (admittedly, a lot of my plans were thwarted but it happens). 26 sounded so close to 30 – and it meant I only had four remaining years to tick off the remaining items in my ’30 before 30′ list. But good food and great company (with their thoughtful birthday gifts) make for awesome birthday memories. Cheers to turning 26! 🙂