I am not sure if it’s something to be proud of that I have been quite well-versed with my own brand of anxiety. I could usually tell when it’s coming up. I would start to feel nauseous, there’s a sensation in my tummy of marbles rolling in all directions, and the walls suddenly start to feel like it’s closing in. Even in grade school, I would often – for the lack of a better term – overthink. It got to the point where it either hinders my sleep or I wake up from vivid dreams. You have no idea how many times I’ve been told to ‘just relax’ – by parents, by friends, by boyfriends.. and basically, anyone who has had the unfortunate luck to be within the surrounding area while I have a [not so huge of a] meltdown. If you know C and me separately as individuals, being together would not seem to be a partnership that would work. But for some reason, it does and he’s one of the two people who can actually get me to relax. My anxiety has always stemmed from the things that are out of my control and the fear emanating in the uncertainty of the future. But I guess knowing that he’s there has managed to tone it down over the years. I still get mild anxiety from time to time (mostly work related), but it’s manageable. So for the day of our anniversary, we agreed that what we want to do is plain and simple. Relax. 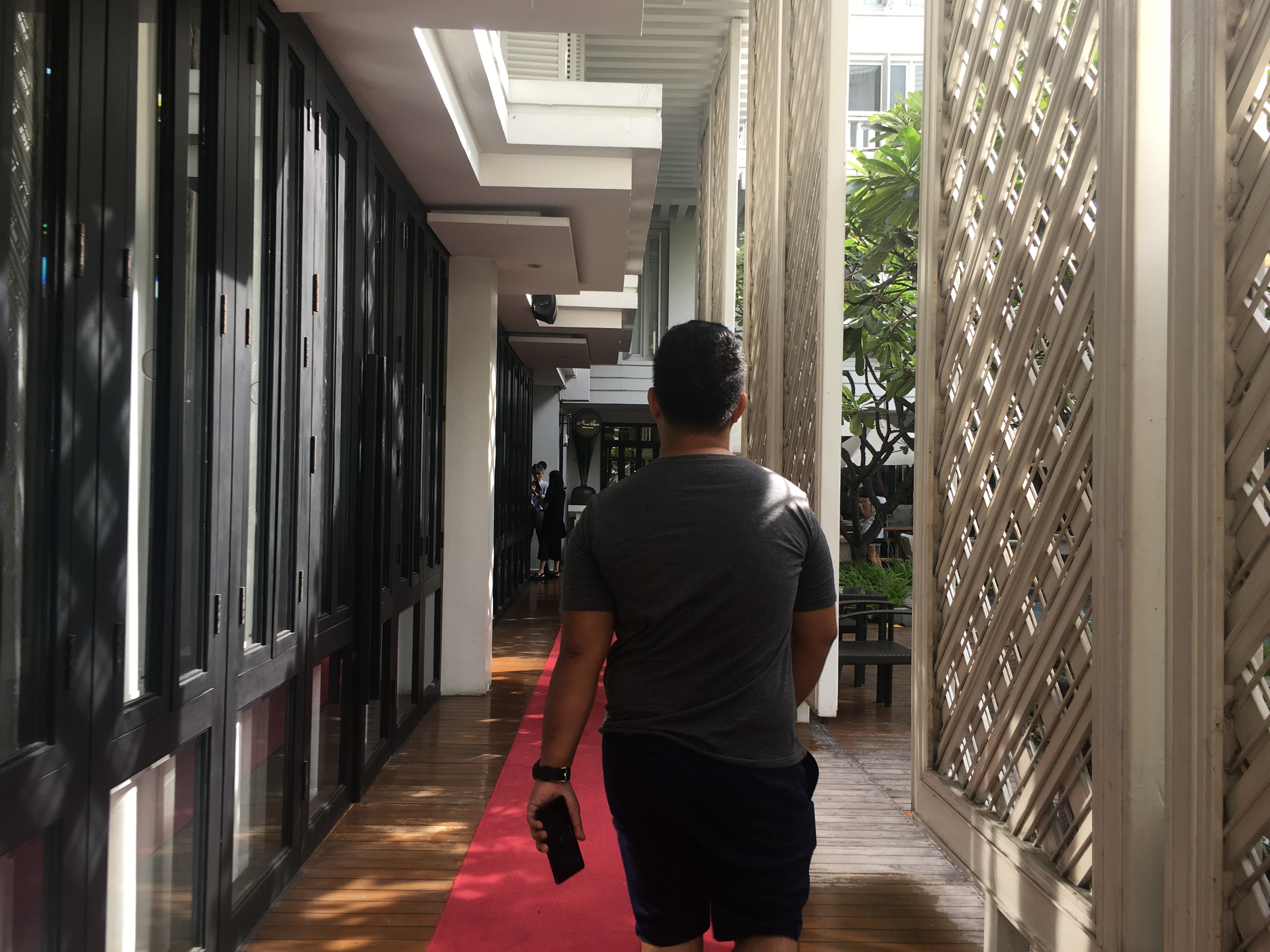 On the actual day of our anniversary, we decided to set our alarm for 9 AM so we could sleep in and have enough time to not miss the hotel breakfast. We ate a hearty meal for brunch since we were heading out after eating for the one thing we wanted to do in Thailand besides eating our way through the city. Spa date! 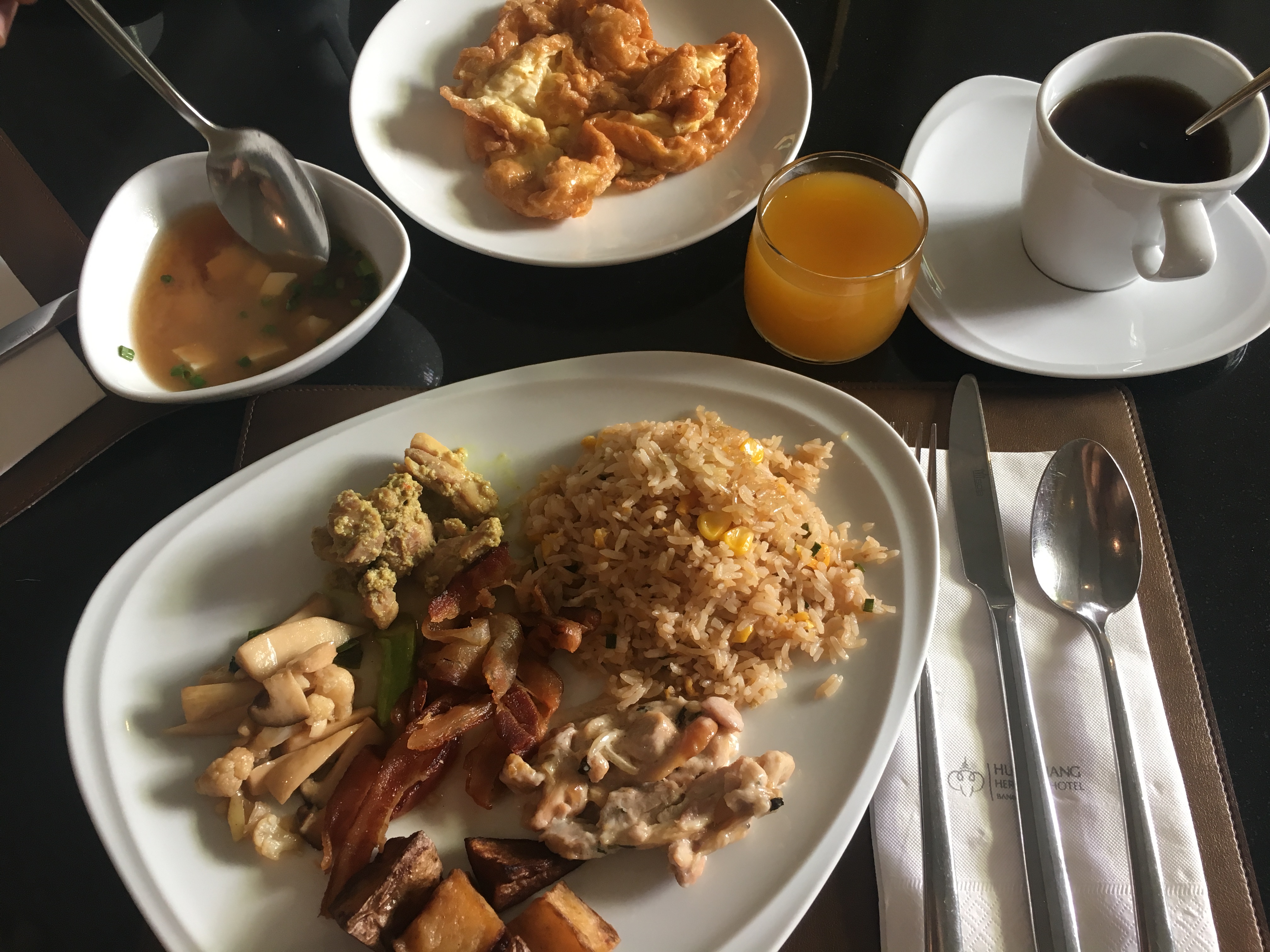 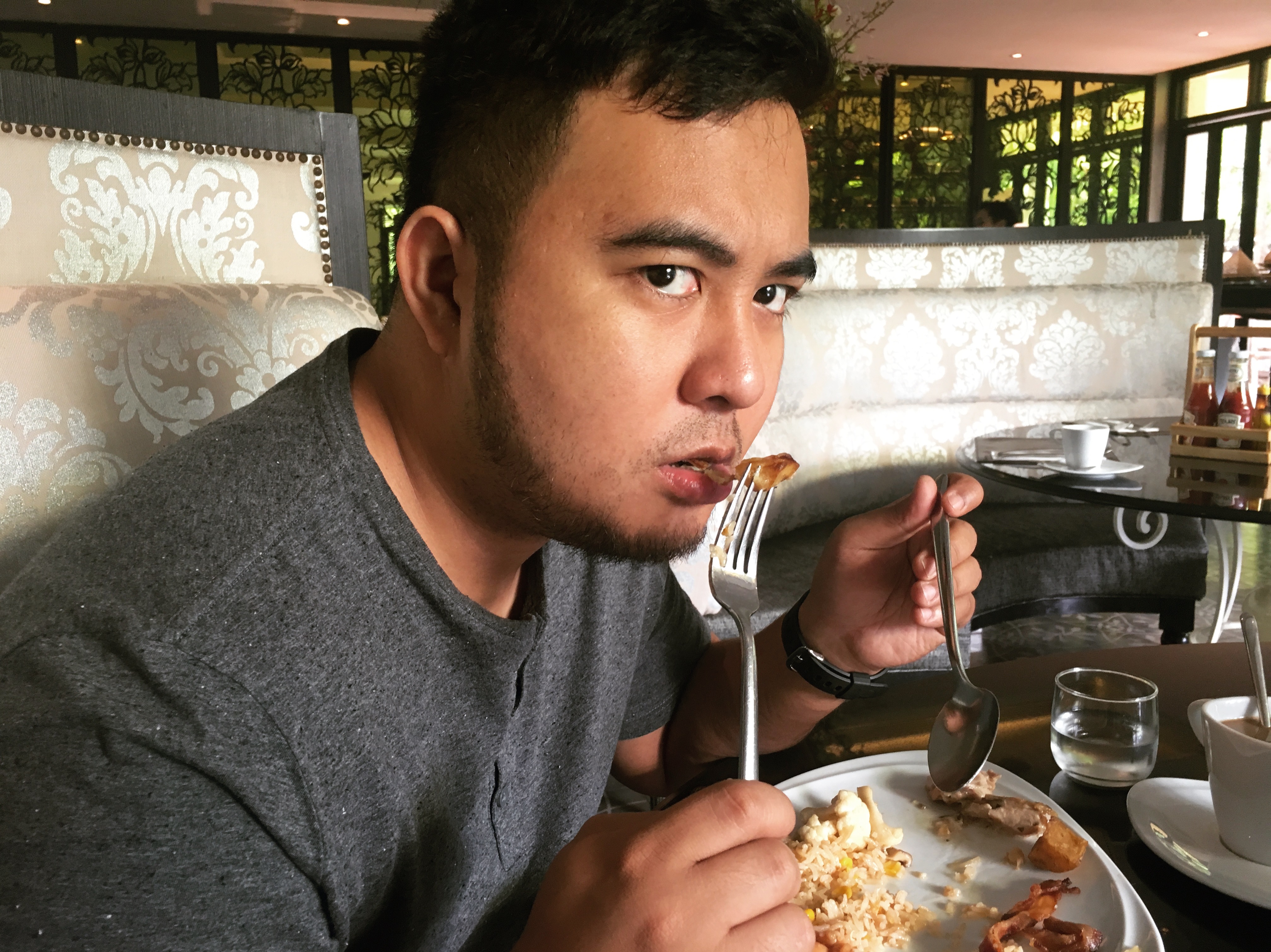 Once again, we took the Skytrain to Phrom Phong Station. We were initially contemplating on taking a taxi, but we were advised that we might miss our appointment if we do due to the traffic. So off to the train we go. Upon alighting the train, we looked for our exit and found this installment that serves as an advertisement for Dinosaur Planet. It’s not visible in this photo, but this was an animated dinosaur and they had a track playing in the background to make it more realistic. I often have the tendency to believe maps when they say it’s just a couple of blocks away and C is annoyed by how much we walk due to it. The Sukhumvit area is known for its shopping malls and night life. There were a lot of hotels located here, as well as malls. The number of foreigners and expats roaming around was also noticeably higher as we walked to the spa, compared to the usual number we encountered while walking around the vicinity of our hotel. 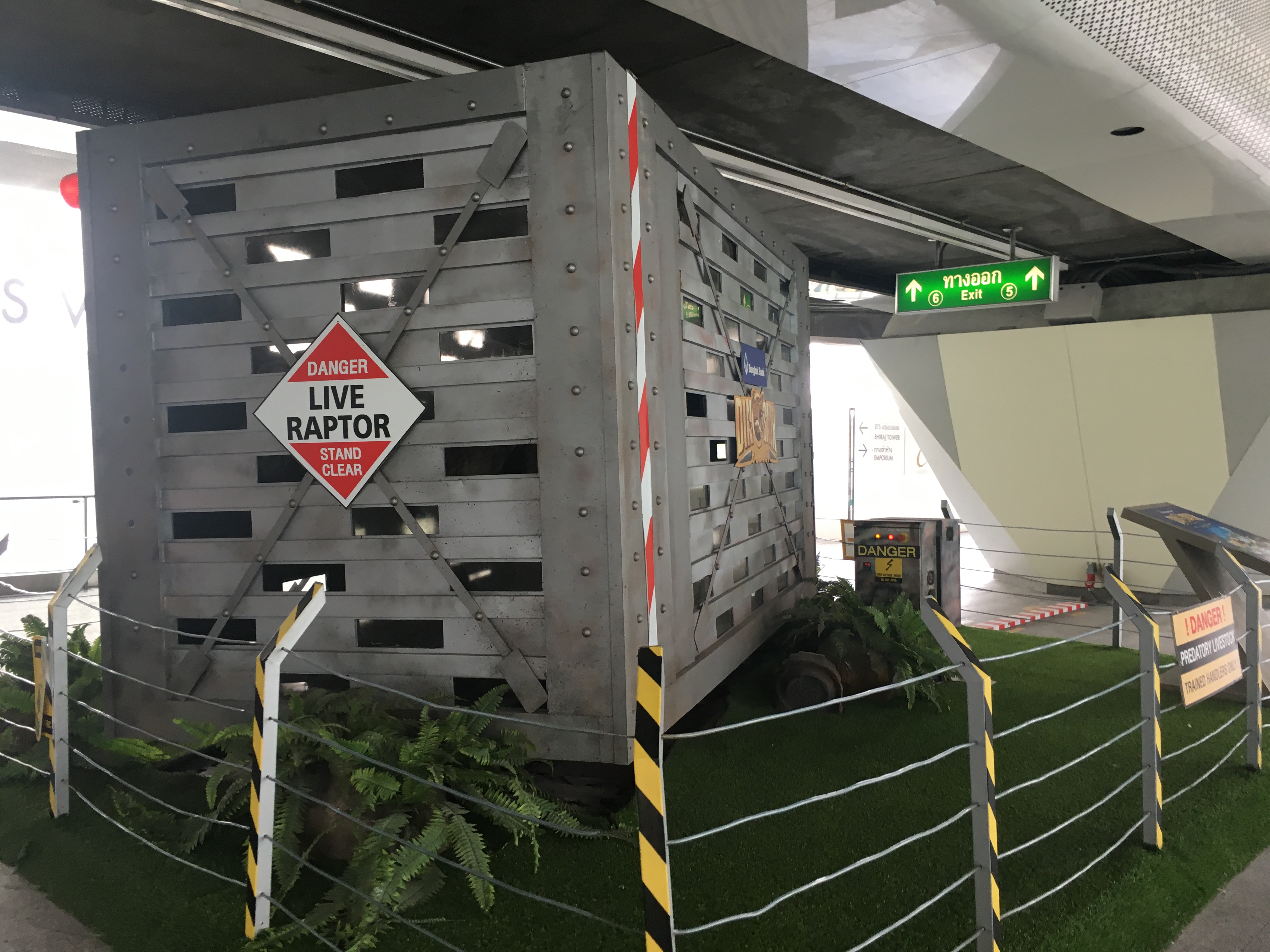 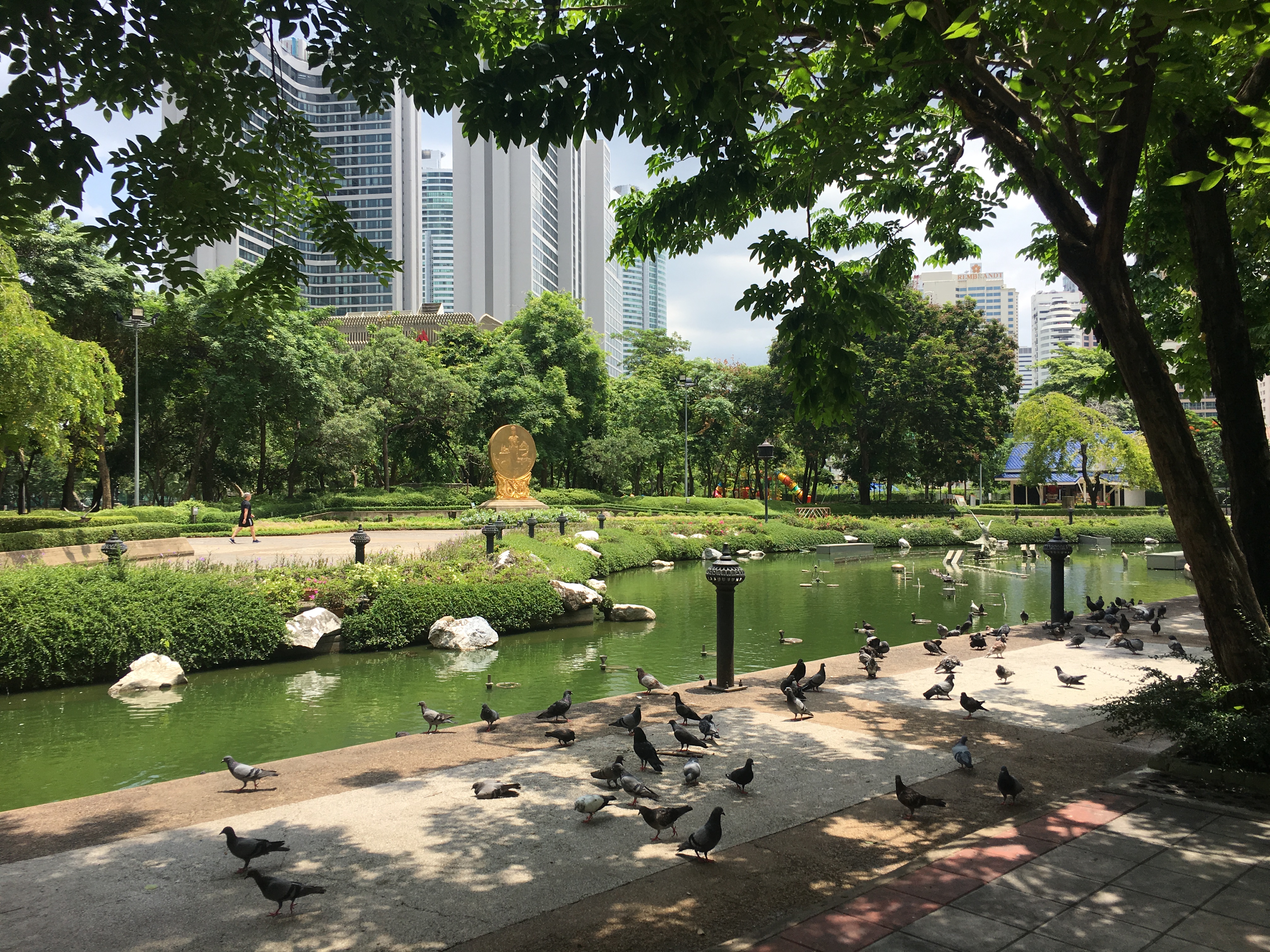 For our anniversary, we wanted to relax and loosen up. We’re both spa fiends, and we have a shortlist of spas for our monthly spa date. Thai massage is commonly found in spa menus, so we wanted whether the Thai massage you can get back in Manila is the same as the one as in Bangkok. Surprisingly, Bangkok spa prices were not cheap at all. We usually go to The Spa for special occasions, and a 3-4 hour spa package costs about Php 3,500++. Similar spa packages in Bangkok were priced at more than 5000++ baht (more than Php 7000++), and these prices were not even for the fancier ones you can find. There are cheaper massage services you can find in the streets though, and 150 baht foot massages in some of the tourist spots, but I trusted the internet and just did my research. I literally spent a couple of hours looking through promotions and spa websites to find the best deal I can, and Dahra Spa offers discounts if you book online. One day, I’ll step foot inside one of the fancier spas in Bangkok without getting stressed by the price in itself. Haha! 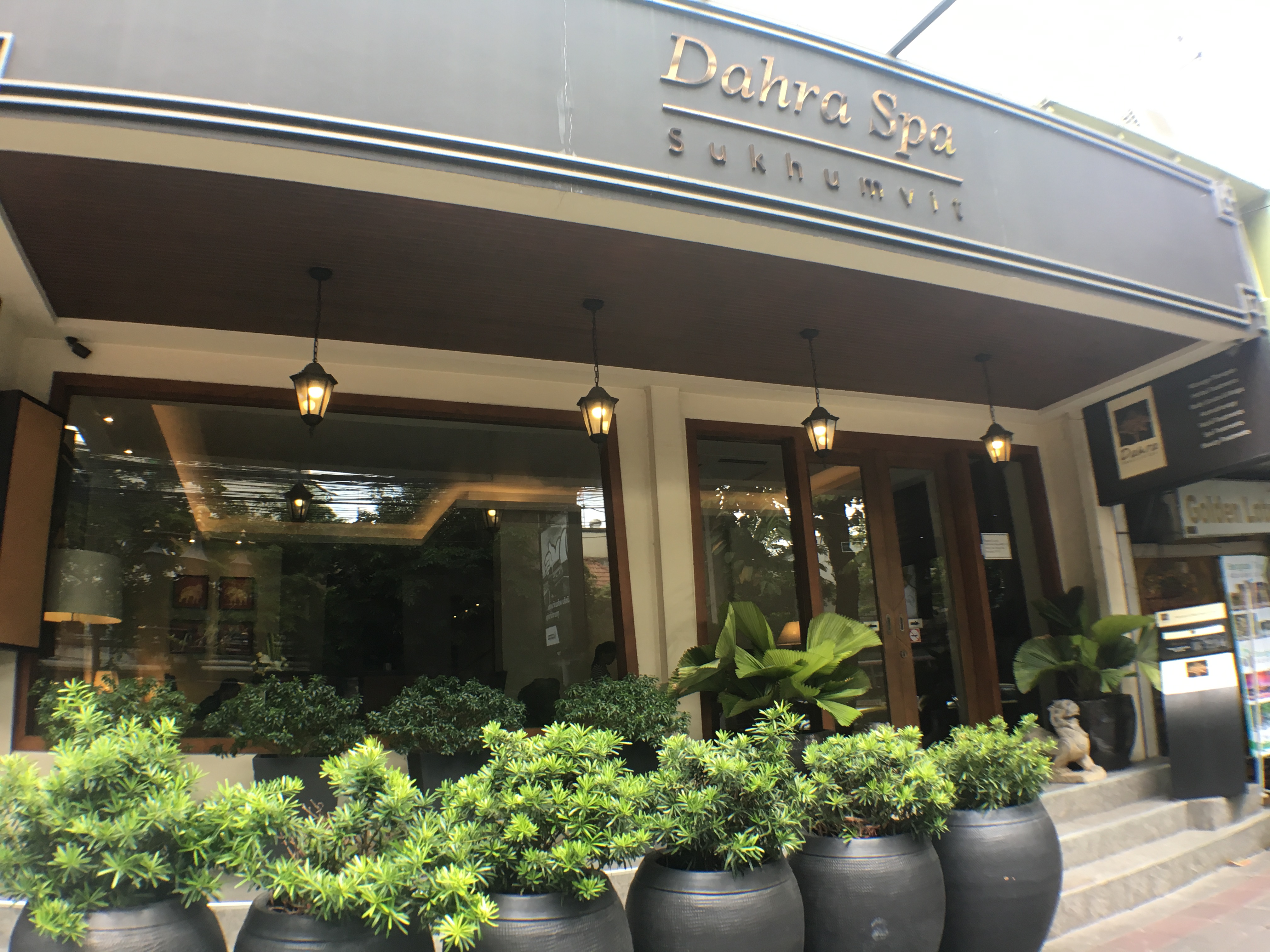 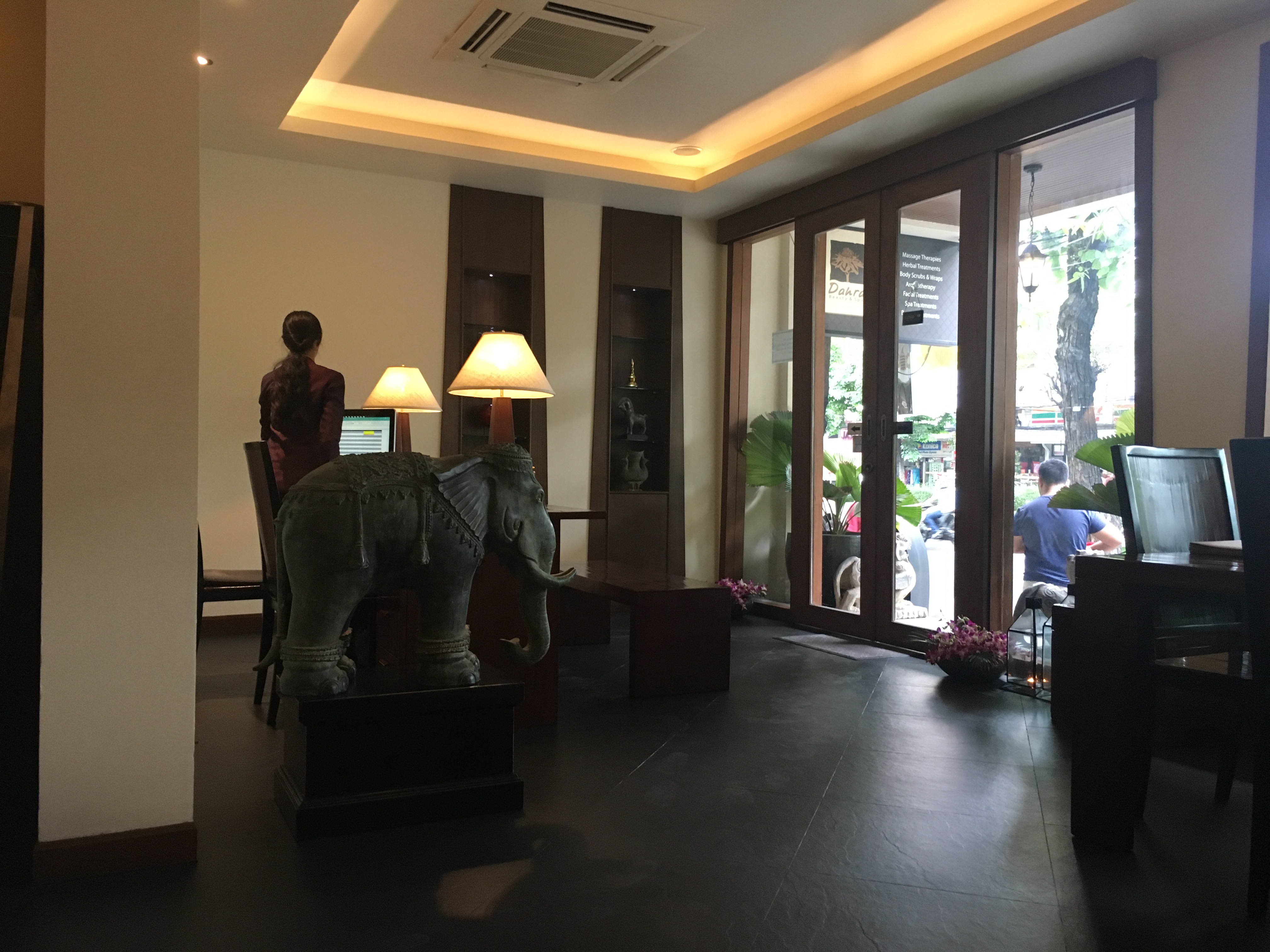 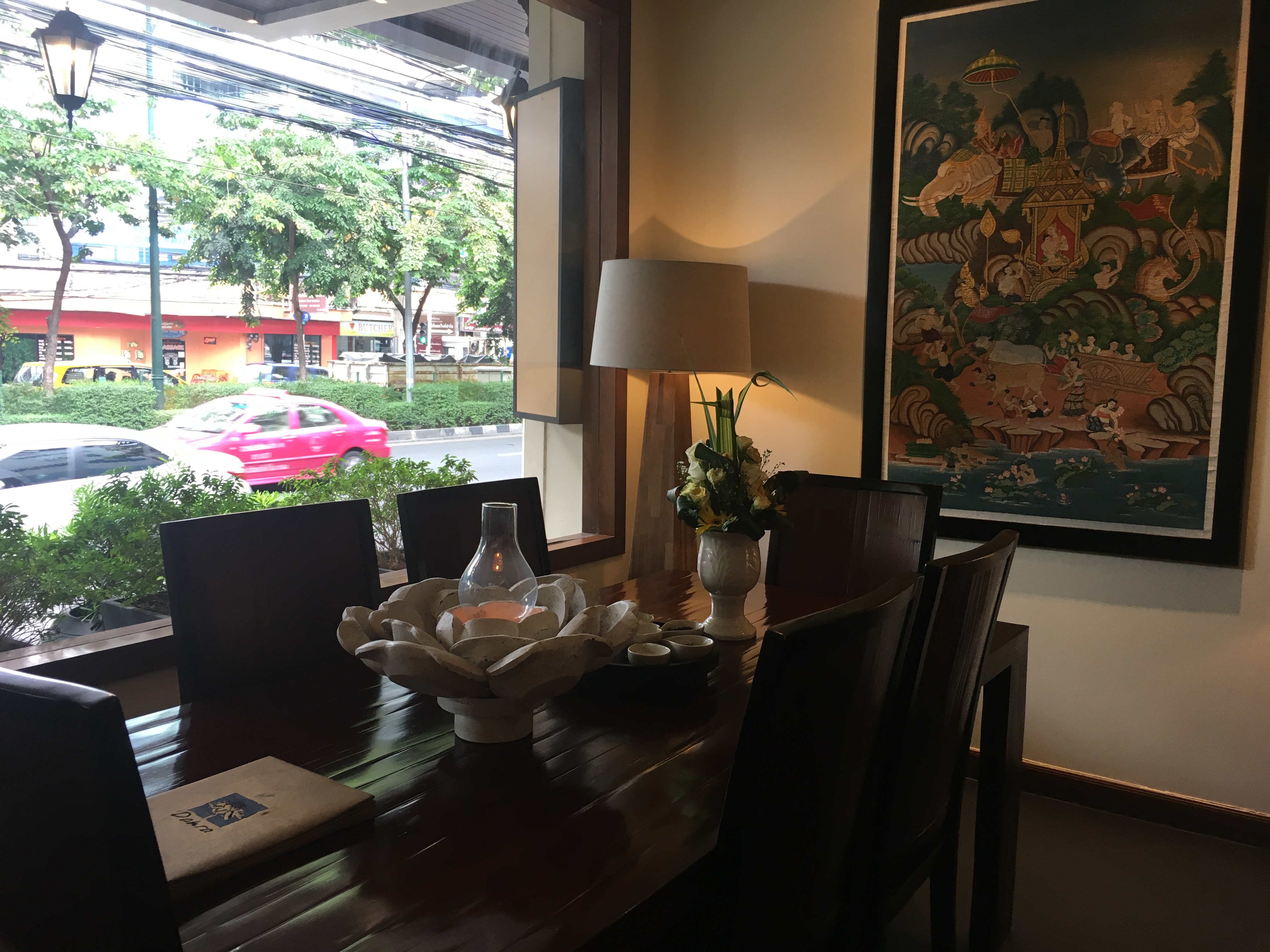 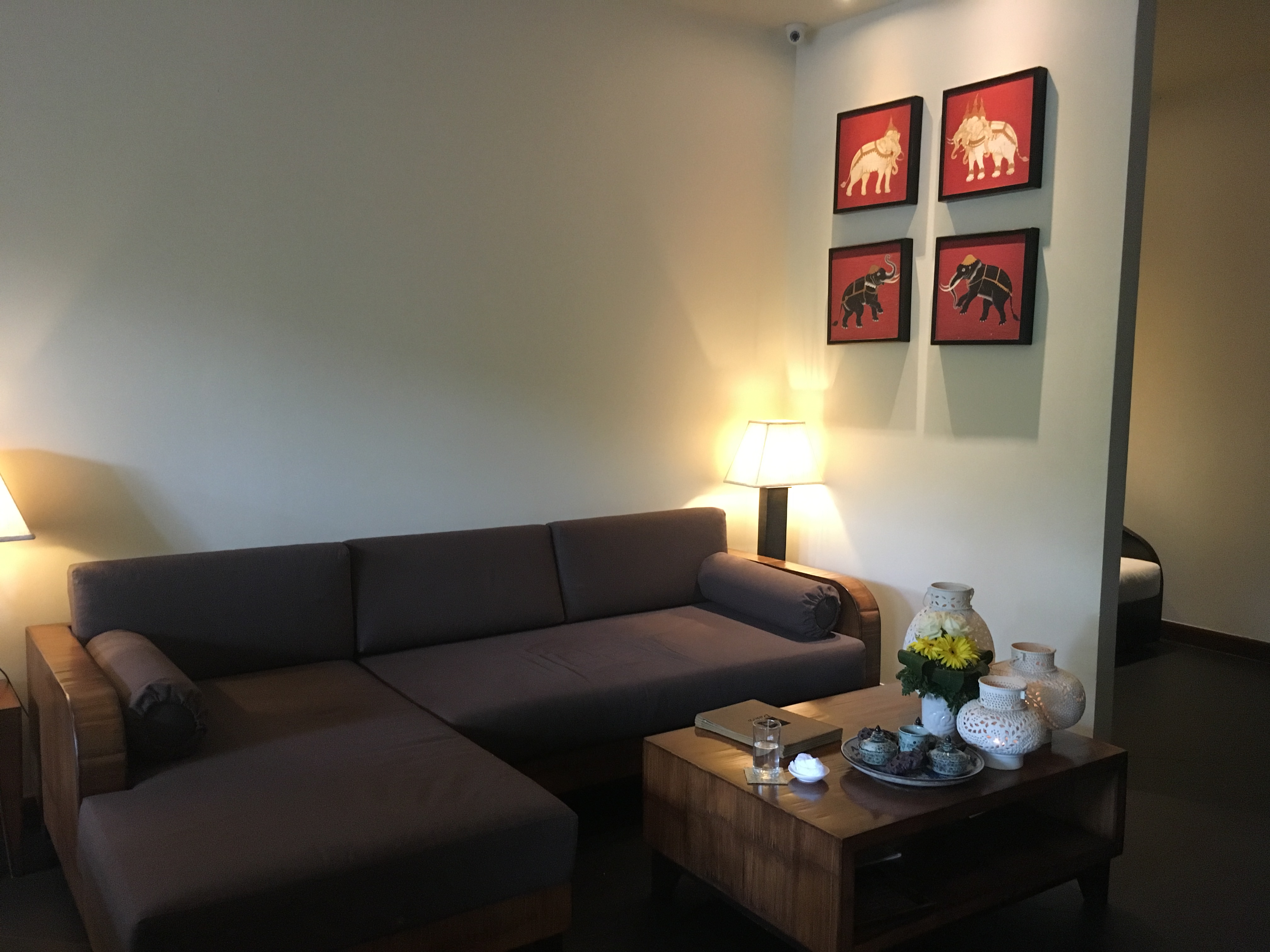 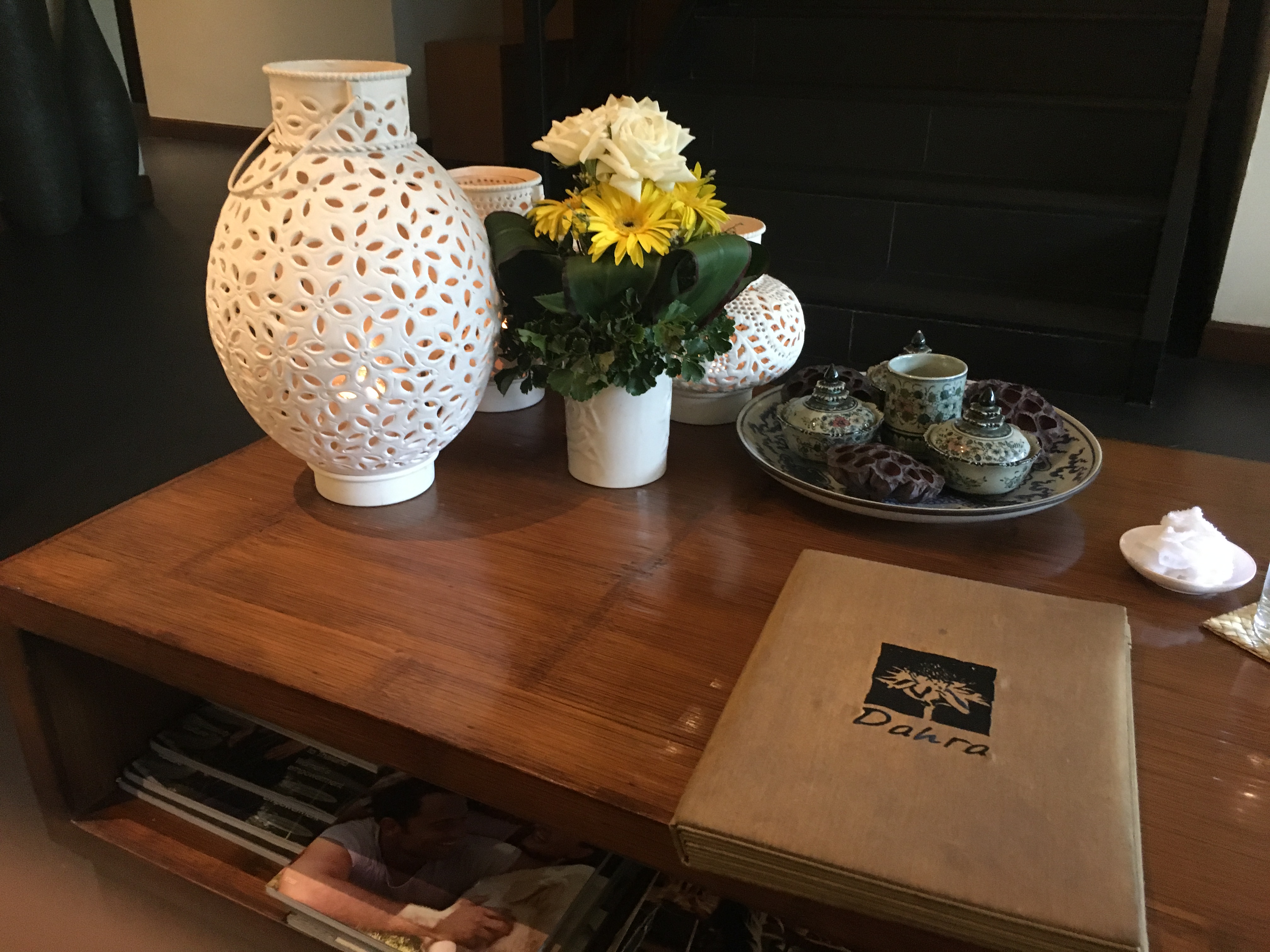 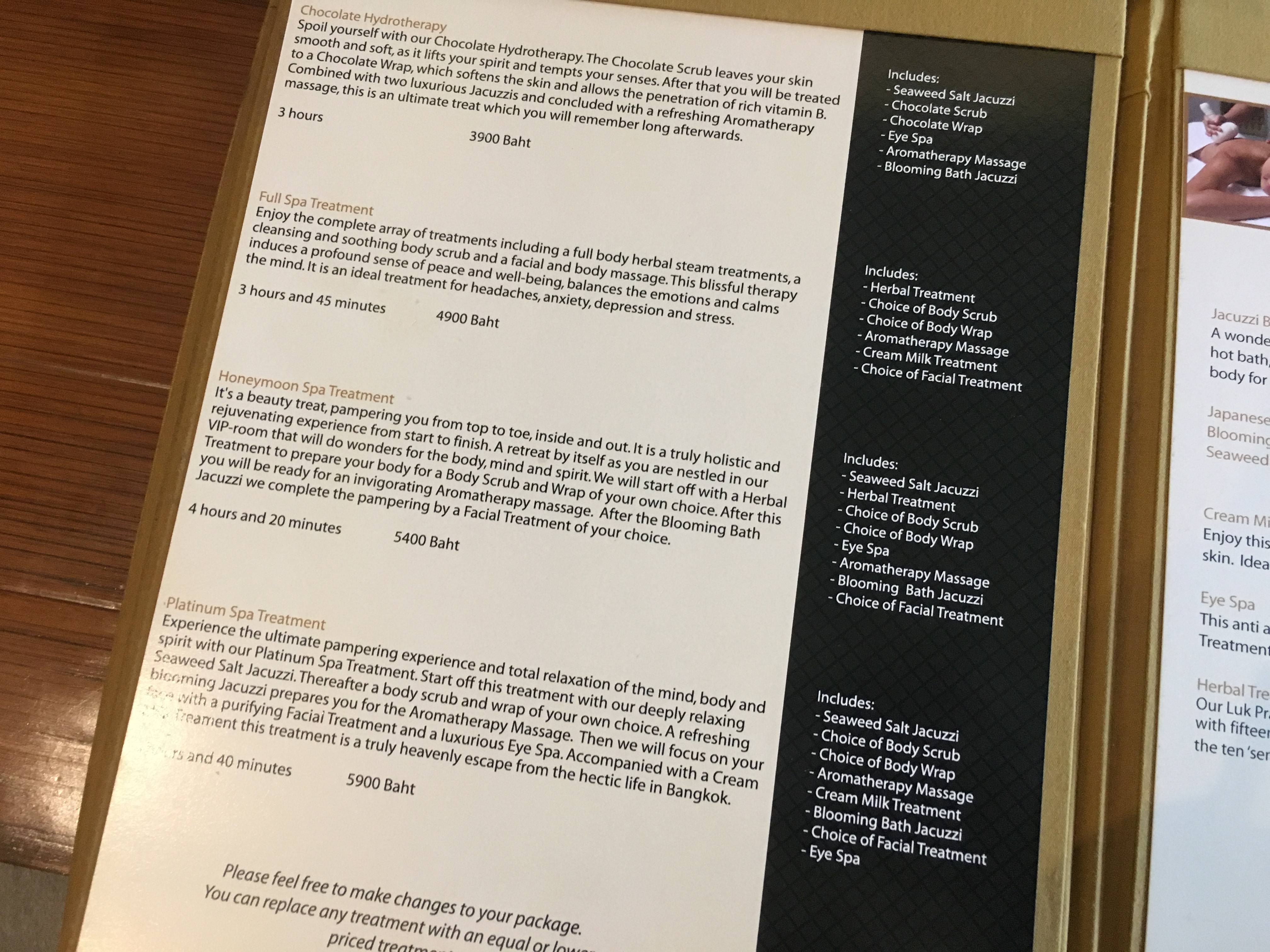 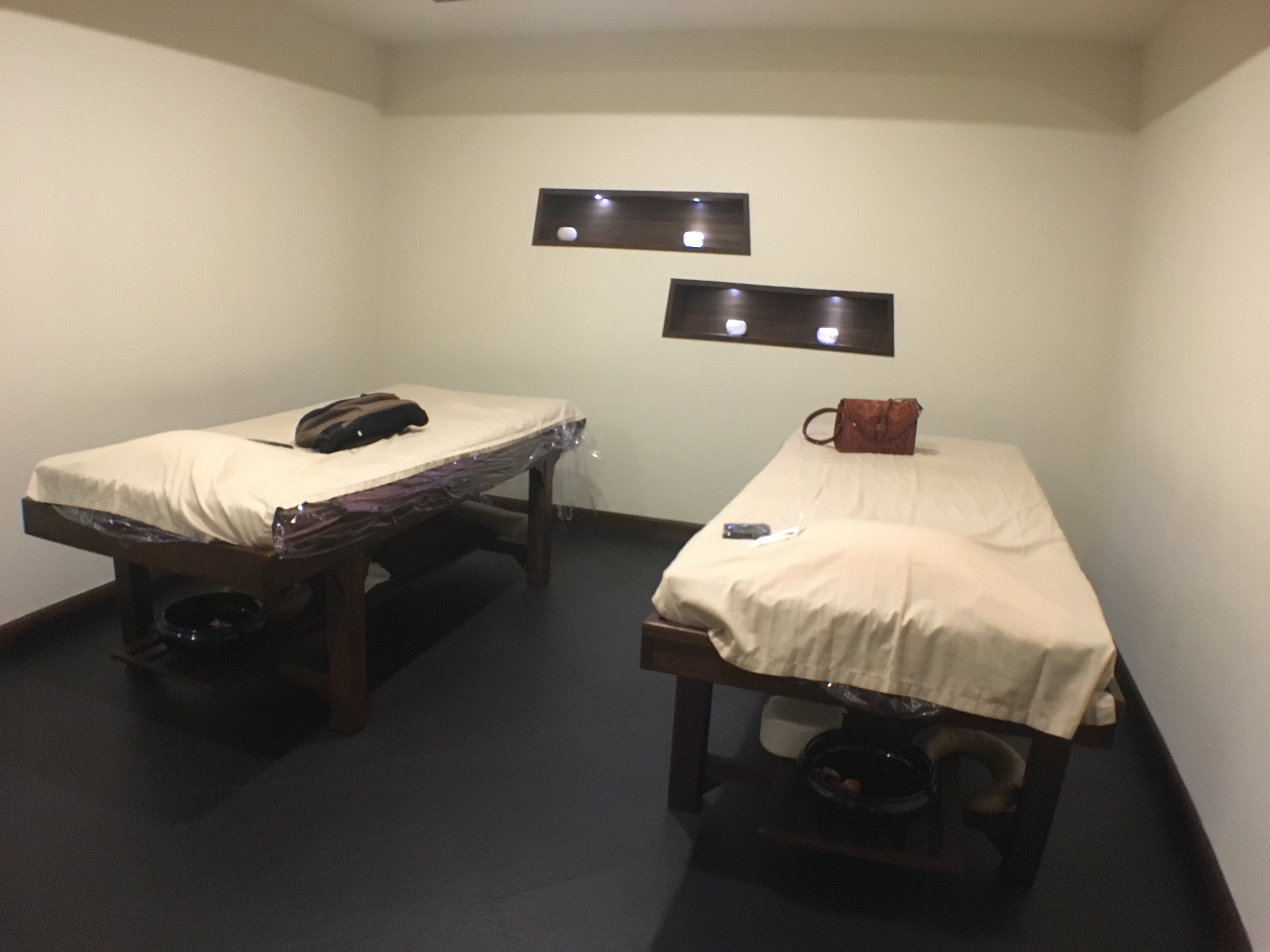 Time flew while we were getting pampered, scrubbed, and rubbed all over – and when we got out of the spa, it was already dark outside! We were initially planning on checking out Emporium Bangkok, the mall connected to Phrom Phong Station, but all I could think about was filling the tub in our hotel room with hot water and soaking myself in it. C who always has a hard time sleeping, finds himself yawning a couple of times on our walk back to the station and agreed that we were just going to pick up our photos from Thai Style Studio and head back. Since the Central Station was connected to all three malls (Siam Paragon, Siam Center, and, Siam Discovery), we took the Siam Paragon exit. I didn’t know they had Books Kinokuniya in Bangkok and was so happy to find one. It’s a curse and blessing in disguise as Books Kinokuniya carries a lot of books that are not available in Manila, which is how it turns into a black hole for my wallet as I go and pick out novel after novel. I have never gone in a branch of Books Kinokuniya and went out empty handed. I am still torn whether it’s a good thing. 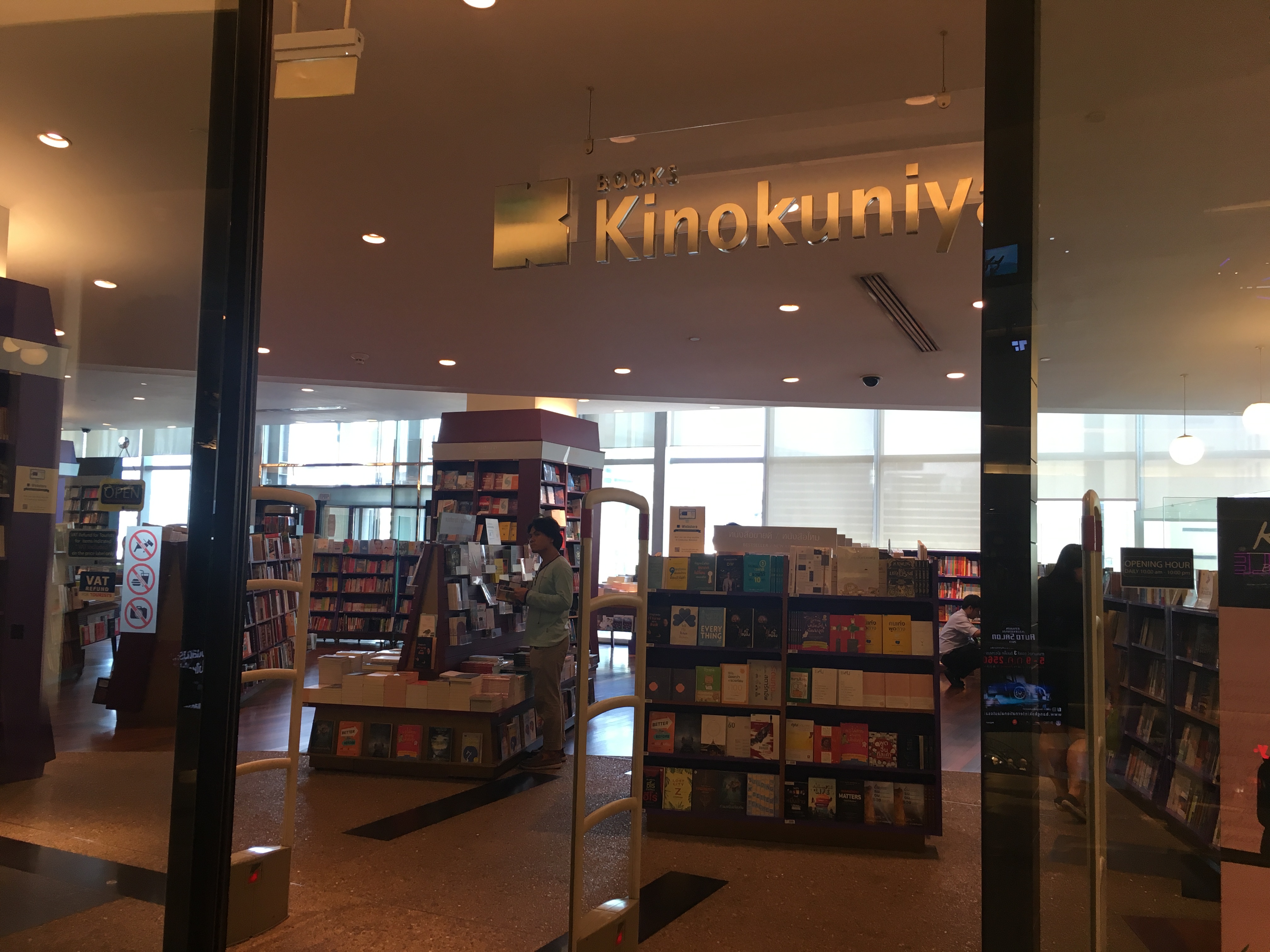 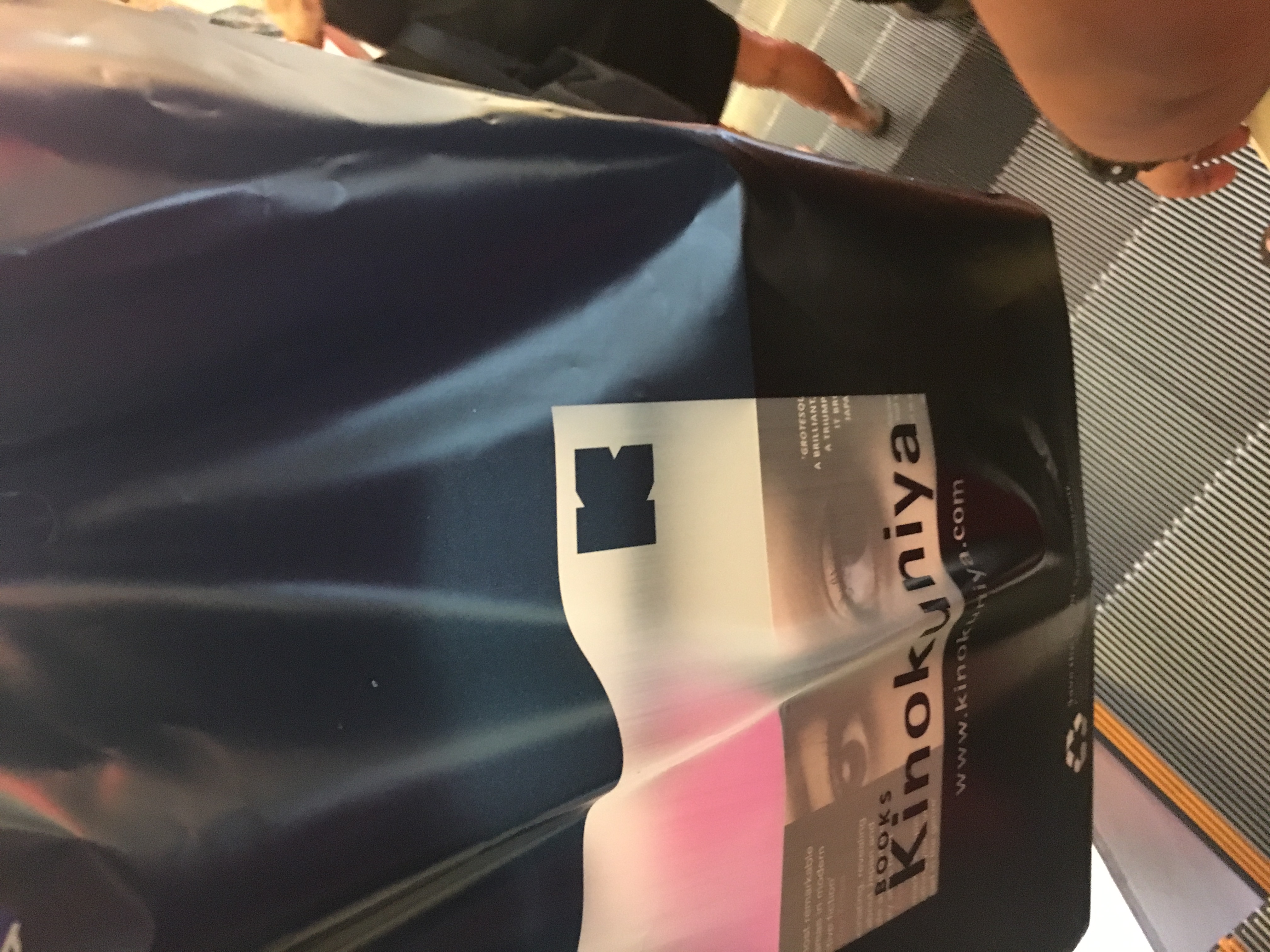 It was a walk back to MBK, especially now that I am lugging books with me. When we finally got our pictures, as well as the disk with all the raw files, we were convinced that dinner at the hotel sounds like a good idea. However, on our way to the mall exit, we passed by a Japanese restaurant called Kobune. I initially ignored it until C told me he thinks it’s a conveyor belt sushi place. I enjoy conveyor belt sushi places and was ecstatic to find one nearby, so our anniversary dinner was spent eating at a budget Japanese restaurant. I did say budget because it was inexpensive because the non-conveyor belt (as it turns out, they were floating on boats!!) sushi cost 35 baht per plate. The staff was very friendly even if we didn’t even speak a word to each other (and just pointed out item from the menu), and was quick to take our orders, our additional orders after that, as well as giving us the bill. The prices were significantly lower compared to another conveyor belt restaurant we frequent in Manila, Genki Sushi. The taste though is so so, but you get what you pay for. I’ve also noticed that after coming to Japan, I am rarely impressed by Japanese food everywhere else. So there’s that. 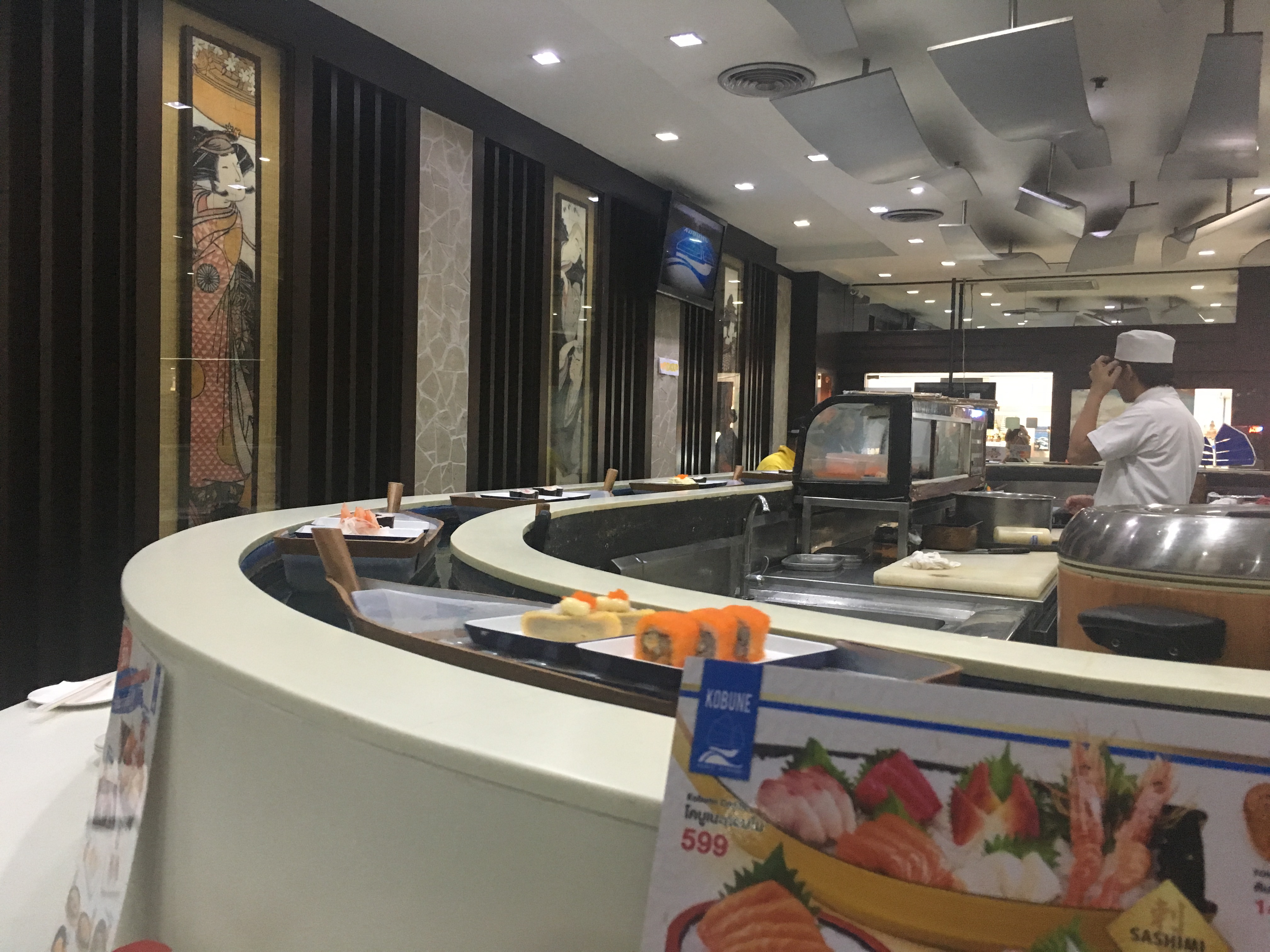 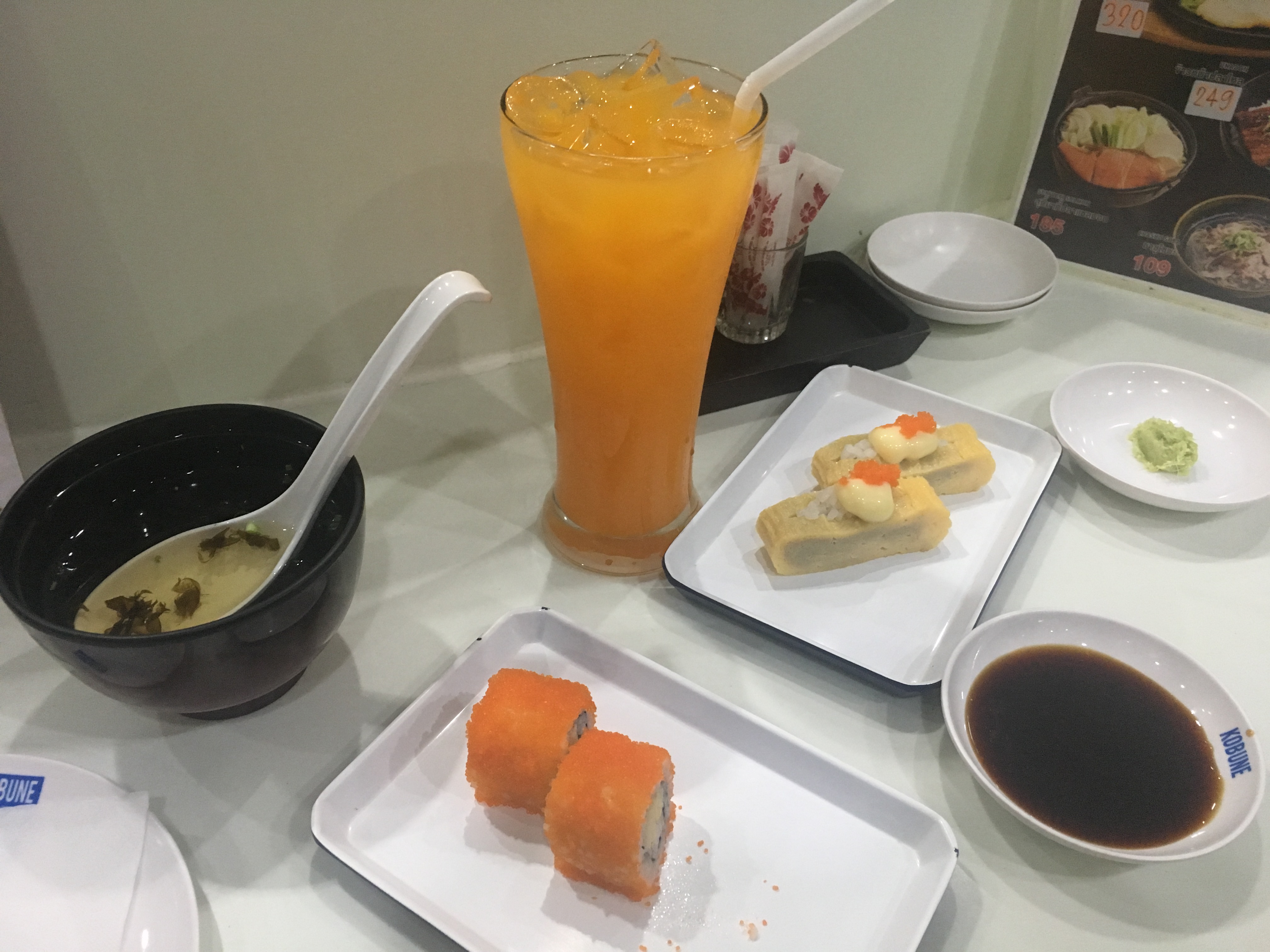 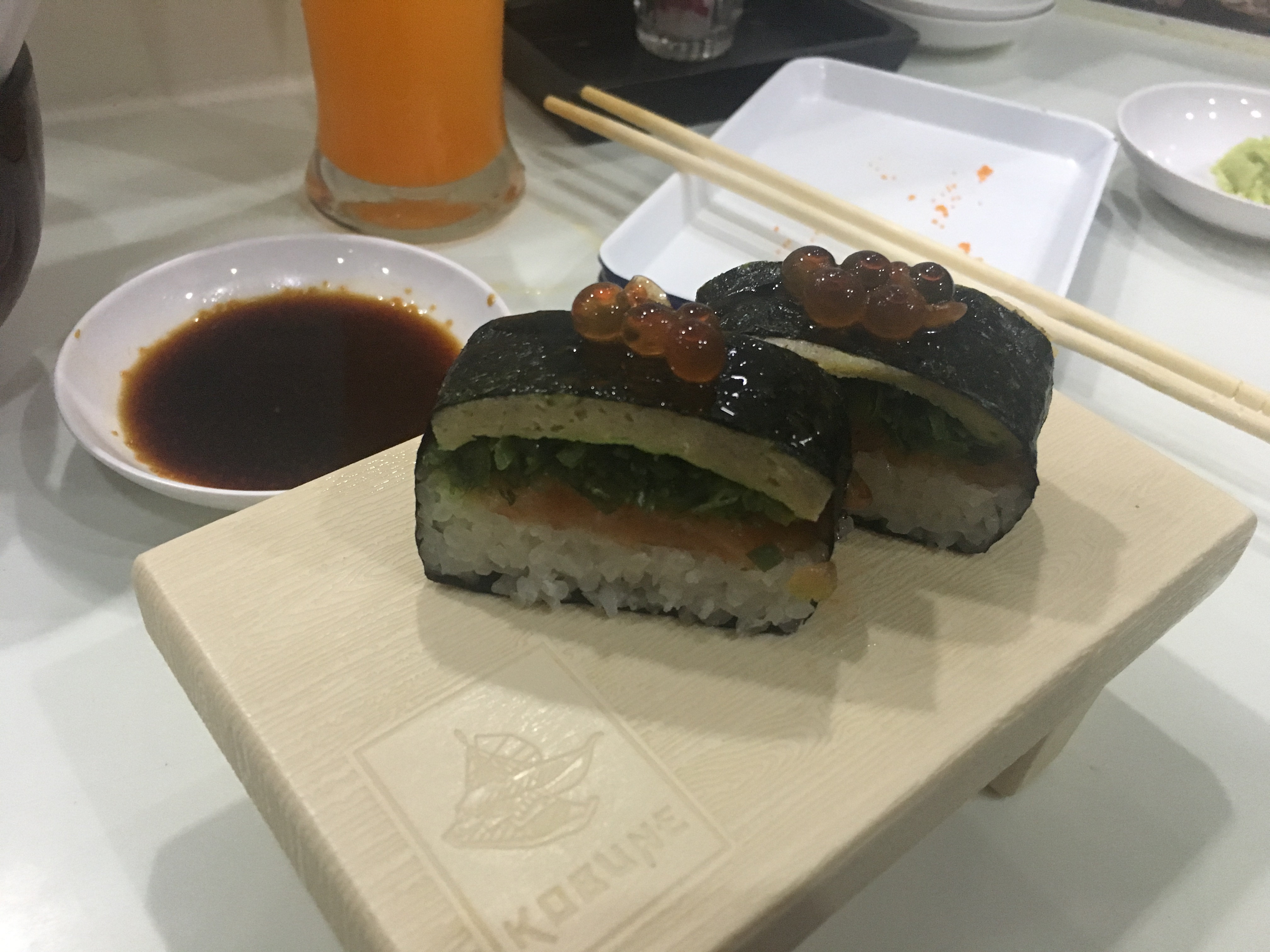 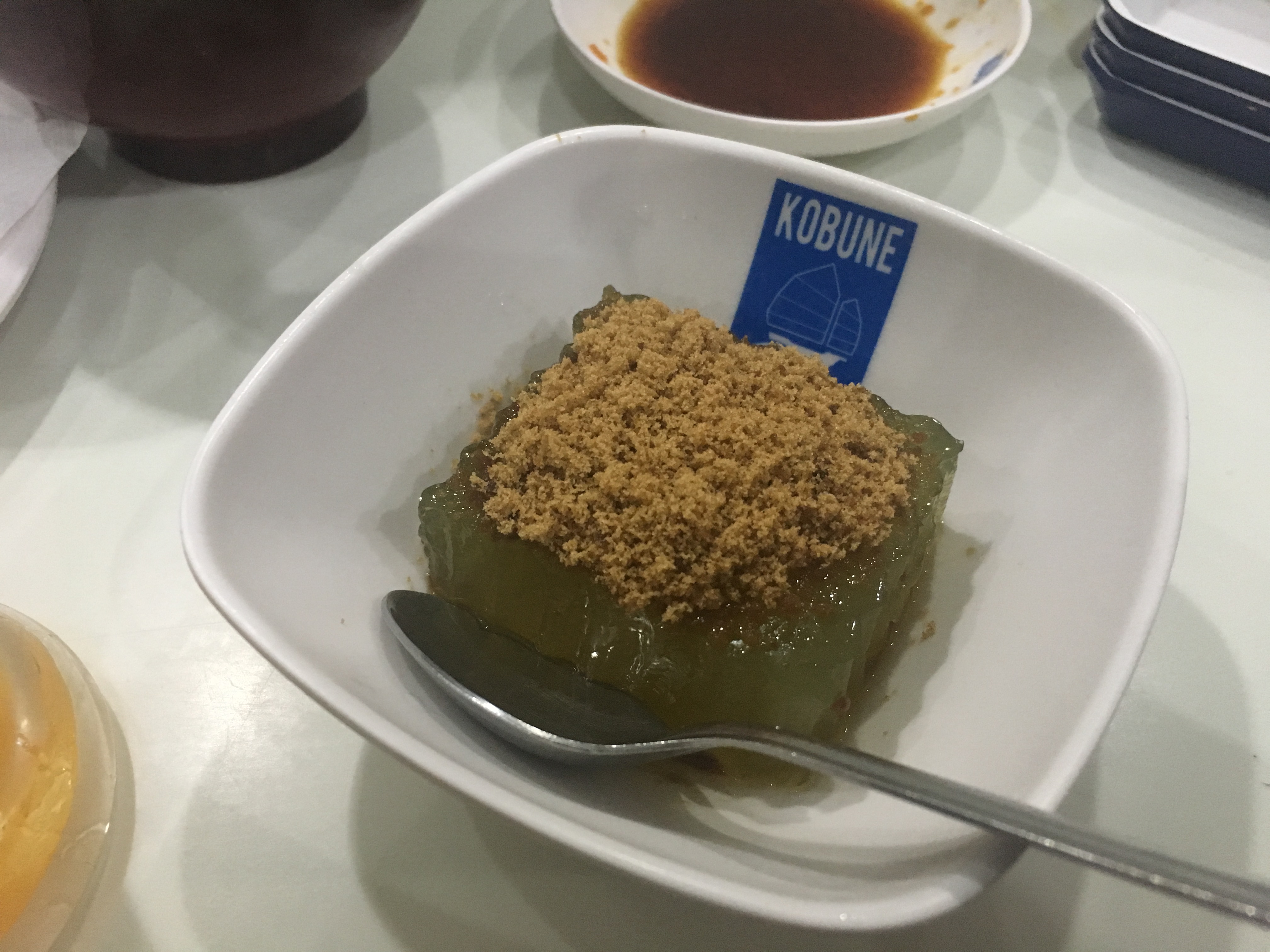 And that’s how our anniversary went. No fancy dinners, no dress up dates, and no expensive gifts. I would always prefer experience over material things, and I’m glad that I get to go through it with Chicken Boy. How do you guys celebrate your anniversaries? Let me know in the comments below!