It’s my first day back to working in an office during the daytime, and *drum roll* I’m sick. I’m writing this with my laptop surrounded by discarded tissue filled with, uh, the contents of my runny nose. Since I was a kid, every single time mom brings me to Manila (or just about anywhere), I show symptoms of the flu even before we get home. It was the same when I studied in a university that was a few cities away – whenever I head back to school after term break, I catch the flu and suffer for a week. When I started working, I always had to file for sick leave post vacation (admittedly, it would seem dodgy to any manager) until I flew to Denmark on a business trip with a colleague and she witnessed ‘the worst case of flu’ that lasted for two weeks (it did not hinder me running outside in my pajamas to experience my first snow storm, though). It comes as no surprise that I still got sick even though I’ve tried combatting the cold with insane amounts of vitamin C by digesting at least five mangoes per day. Is that not enough vitamin C for anyone?!

Okay. I took a break from writing to get some actual vitamin C (in tablet form) into my system. Let’s get on with this!

What was unexpected when we vacationed in Singapore is the fact that I did not get sick, even after all the rain showers we experienced. The weather was clearly not on our side during our last week as the rain ruined our short Malaysia trip. It even rained on Christmas Day! 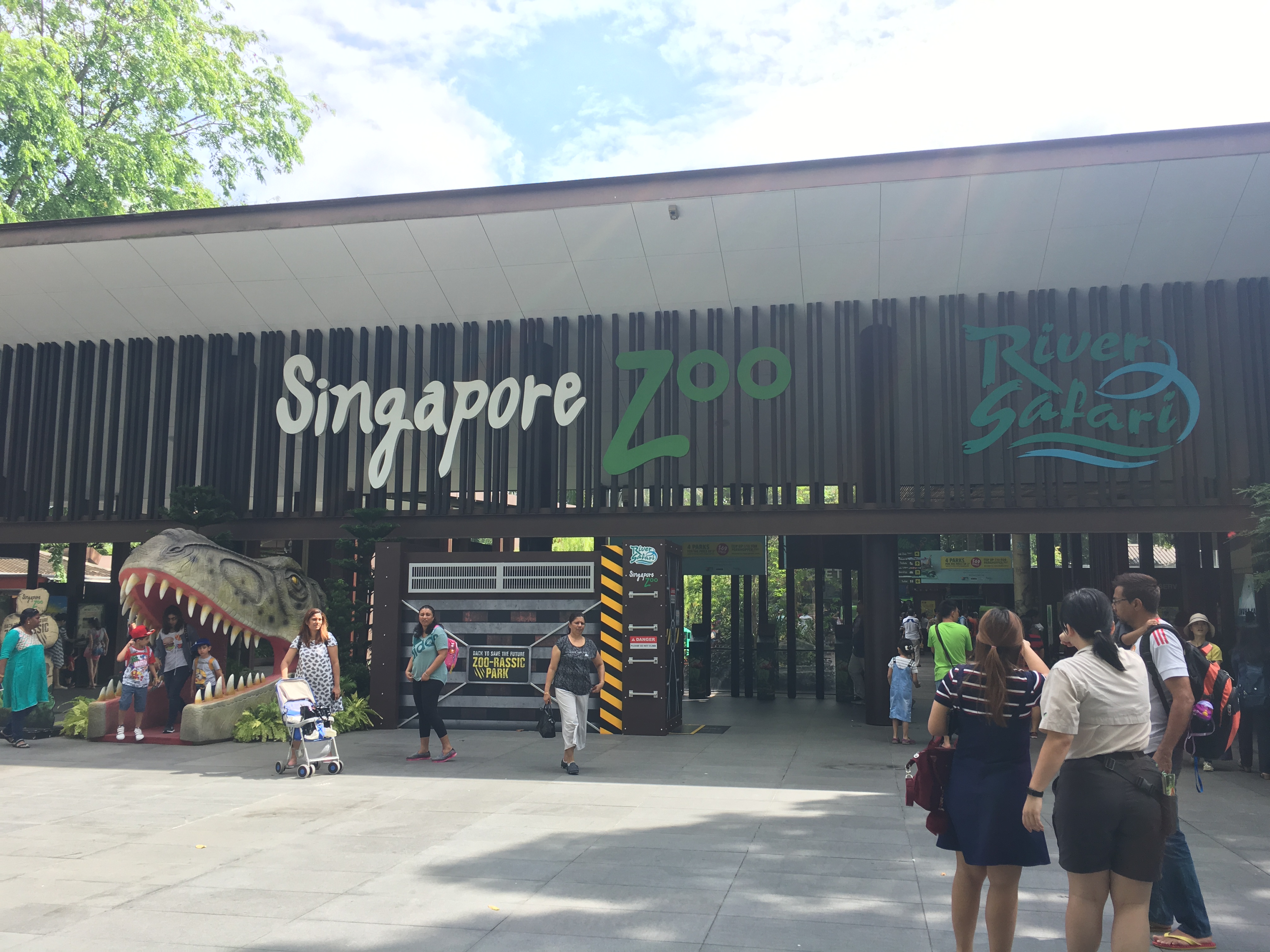 We spent Christmas at the zoo. I was the one who suggested it, and dad went along with it. I wonder if parents feel weird bringing their grown up kids to the zoo, but I guess it’s also nice to spend days where we can be amazed and feel like children all over again. 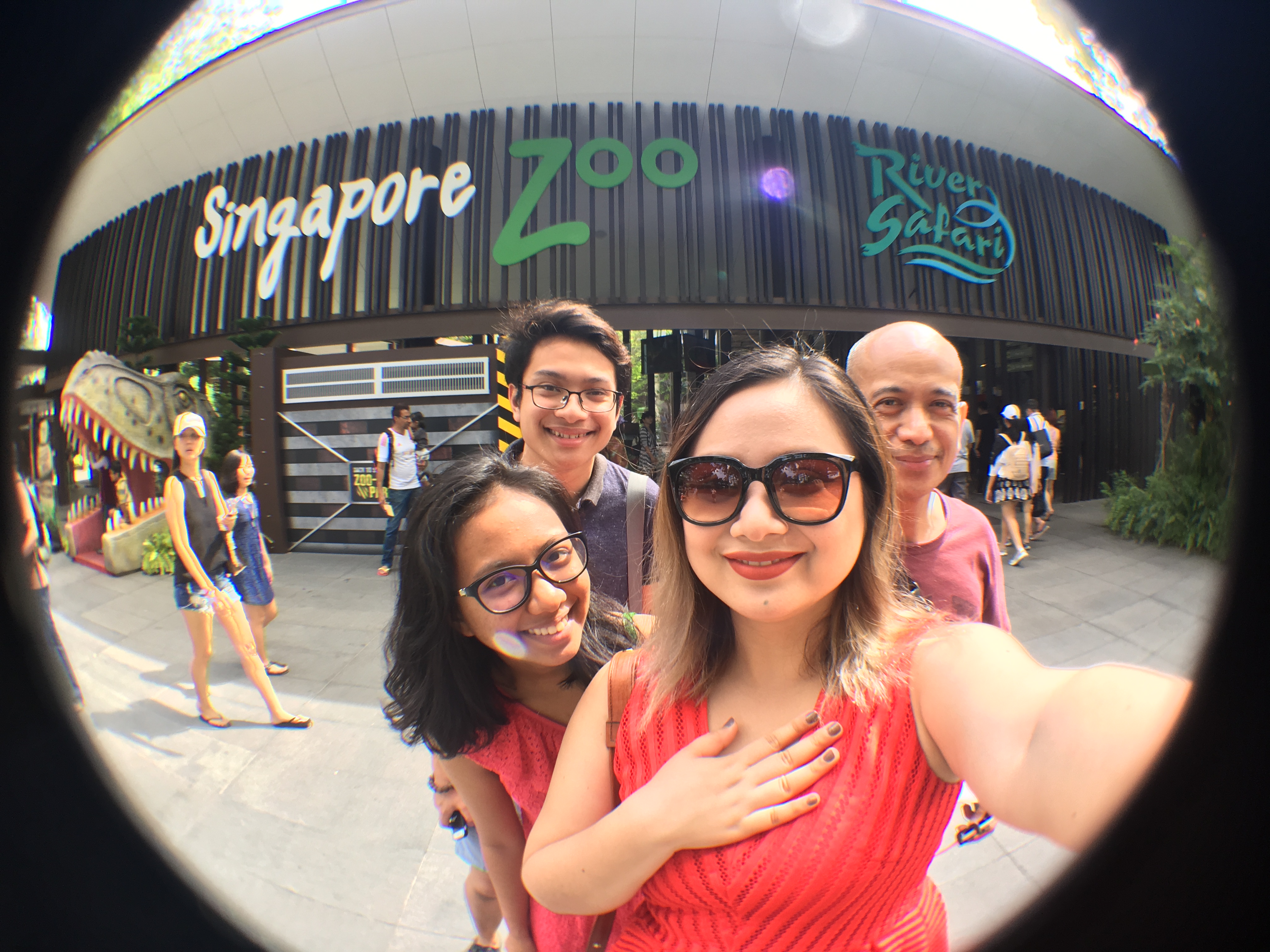 Even with the abundance of flora at the zoo, the temperature really spiked on Christmas morning. It was sweltering, and the sun felt like a punishment for an unknown grave sin each one of us committed (so.. global warming then). We spent the earlier part of the day sweating buckets and trying to hide from the sun by visiting enclosed exhibits and utilizing the tram to get to different parts of the zoo. At one point, my sister had the brilliant idea of going to the penguin exhibit or the polar bear enclosure (aptly named ‘Frozen Tundra’) since she was under the assumption that the animals that are used to the cold would be kept in lower temperature environment. And they were! Unfortunately, it’s no Antarctica outside of the enclosure and we’re still stuck with Singapore’s stifling heat. 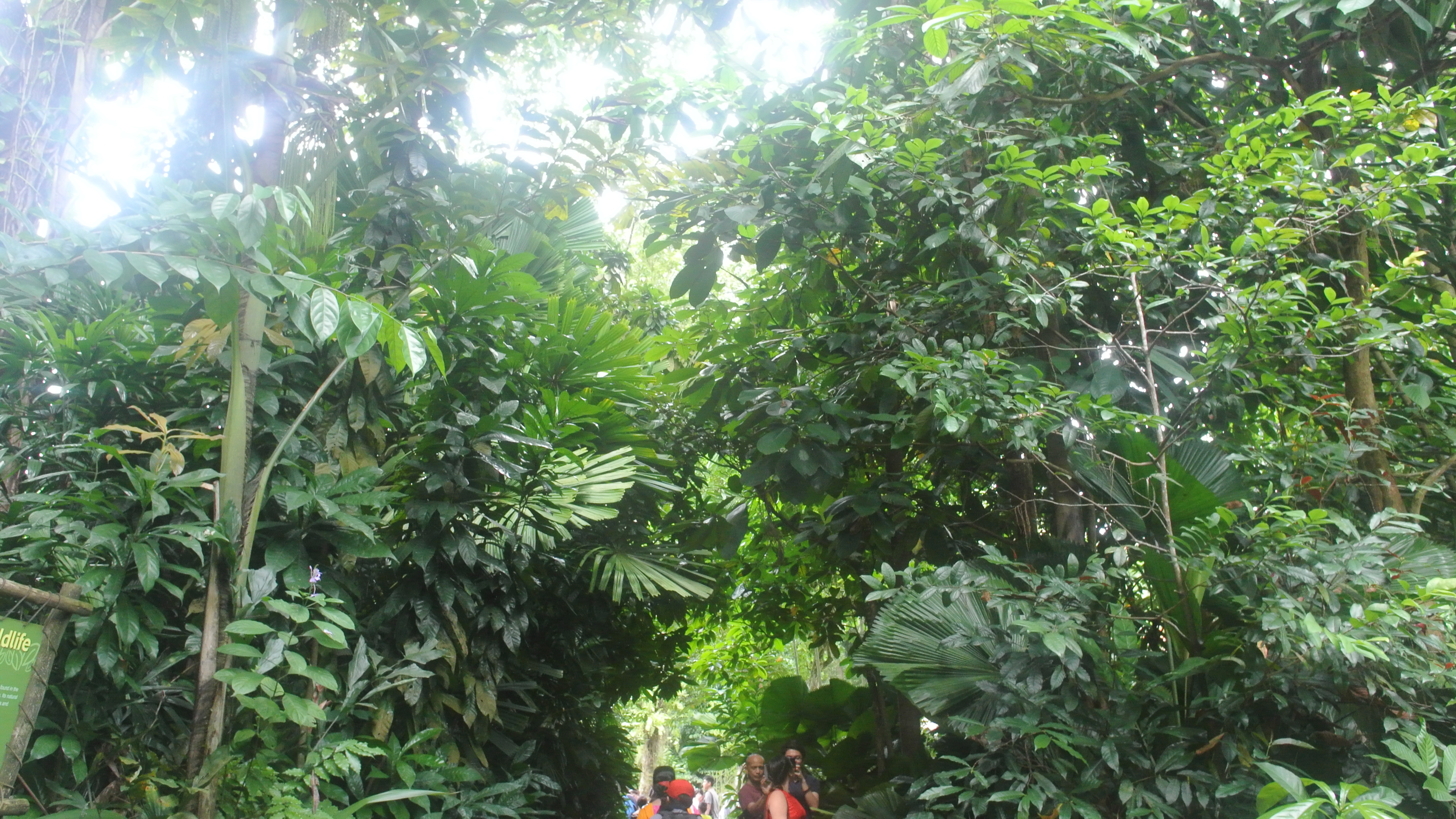 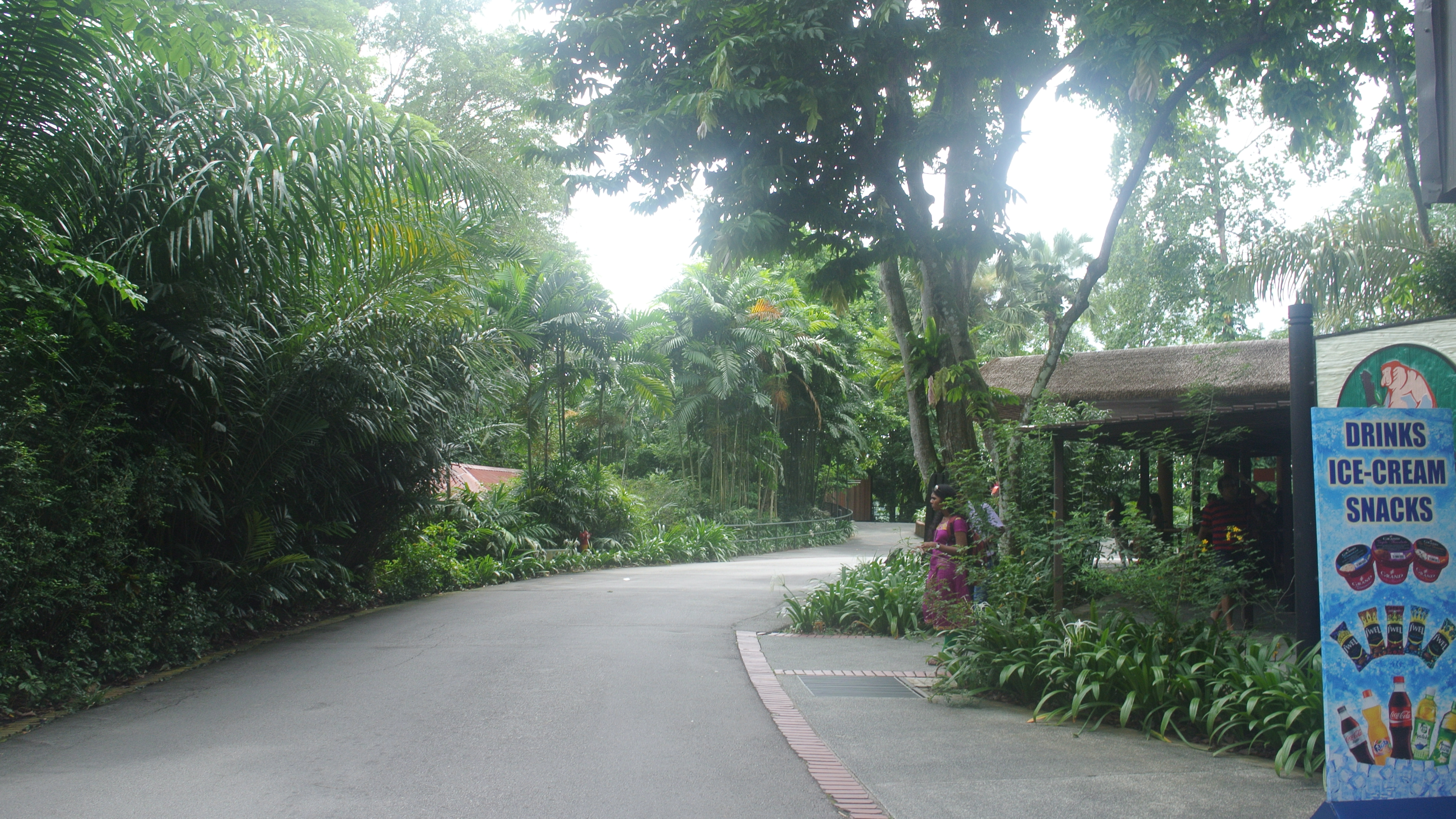 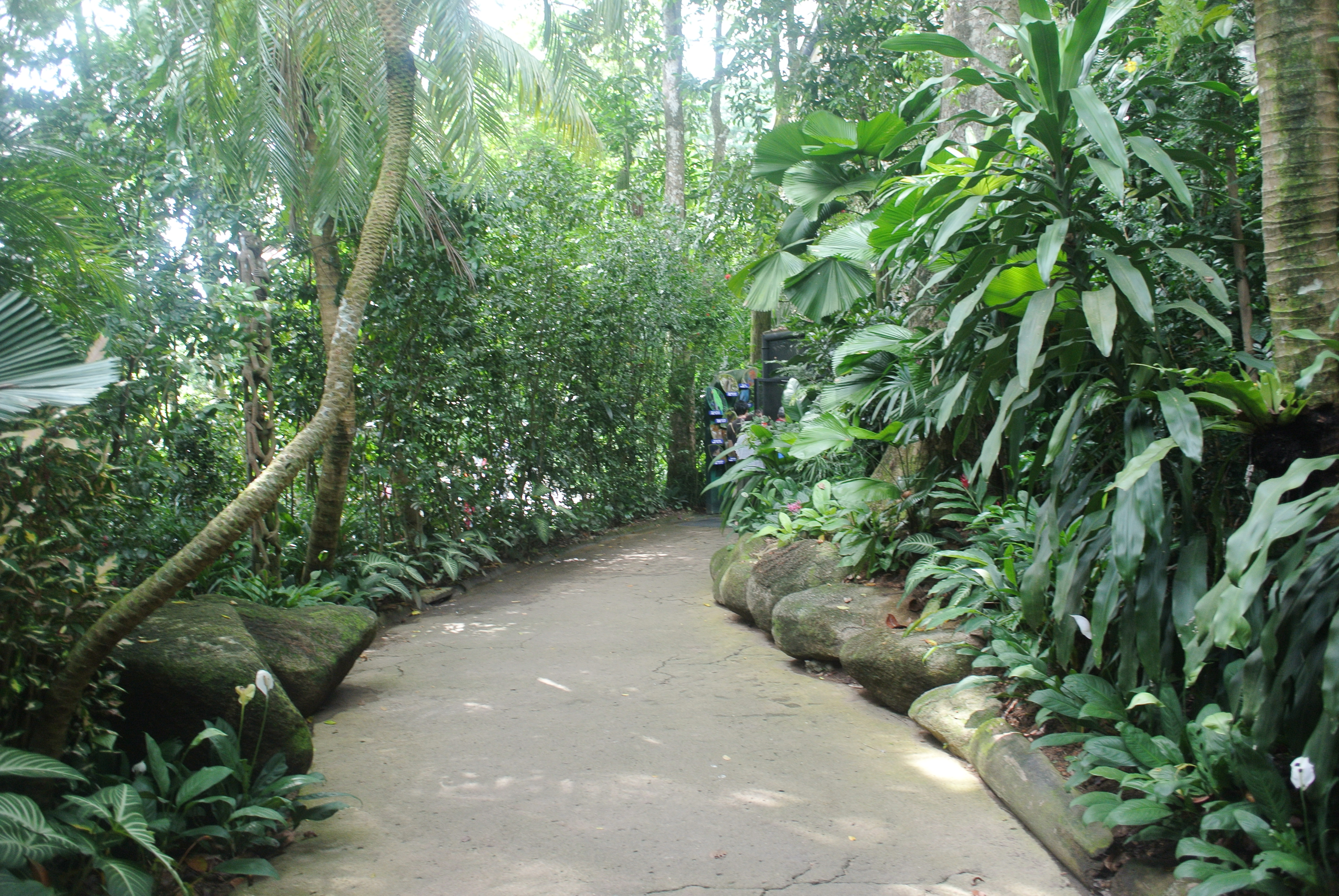 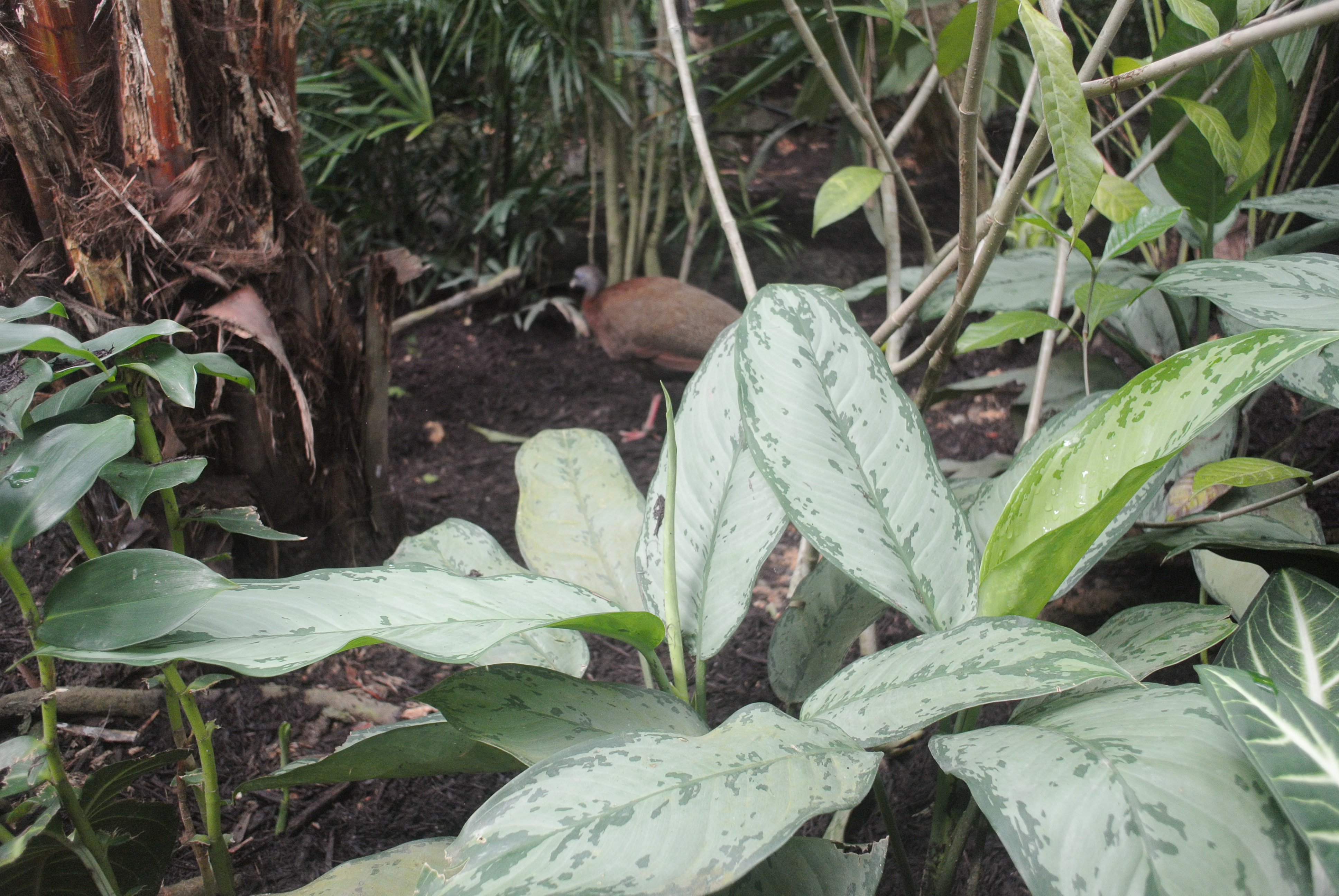 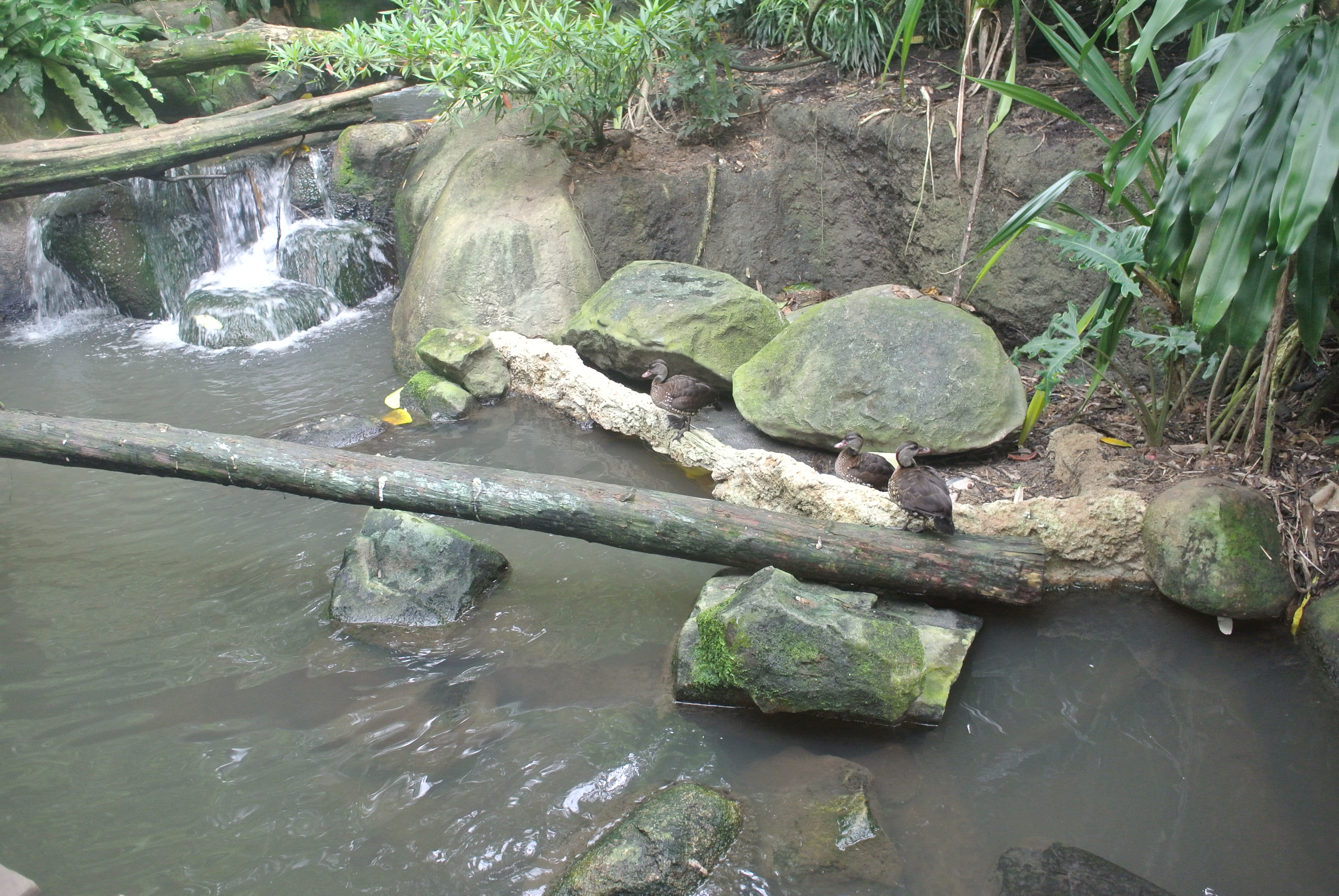 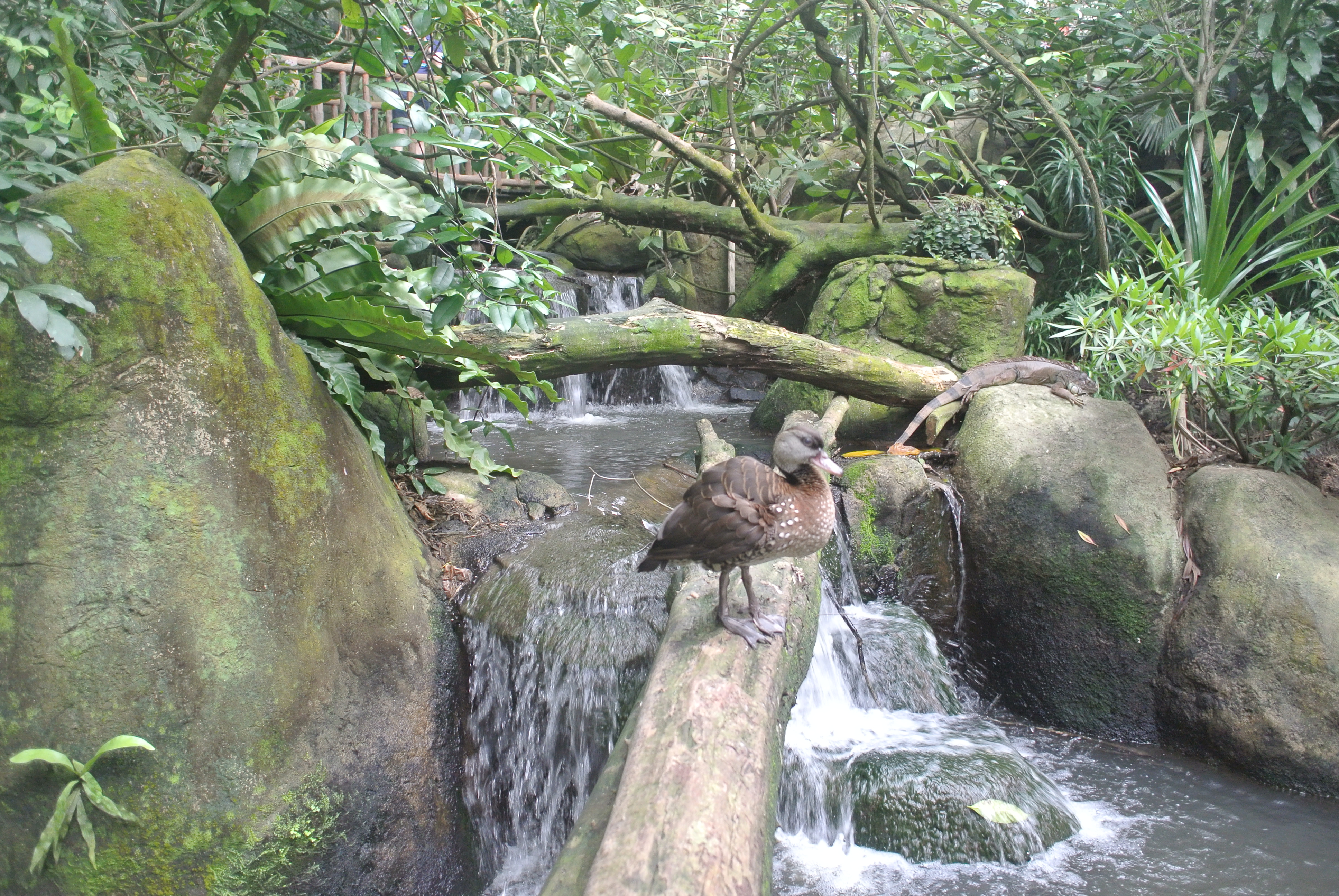 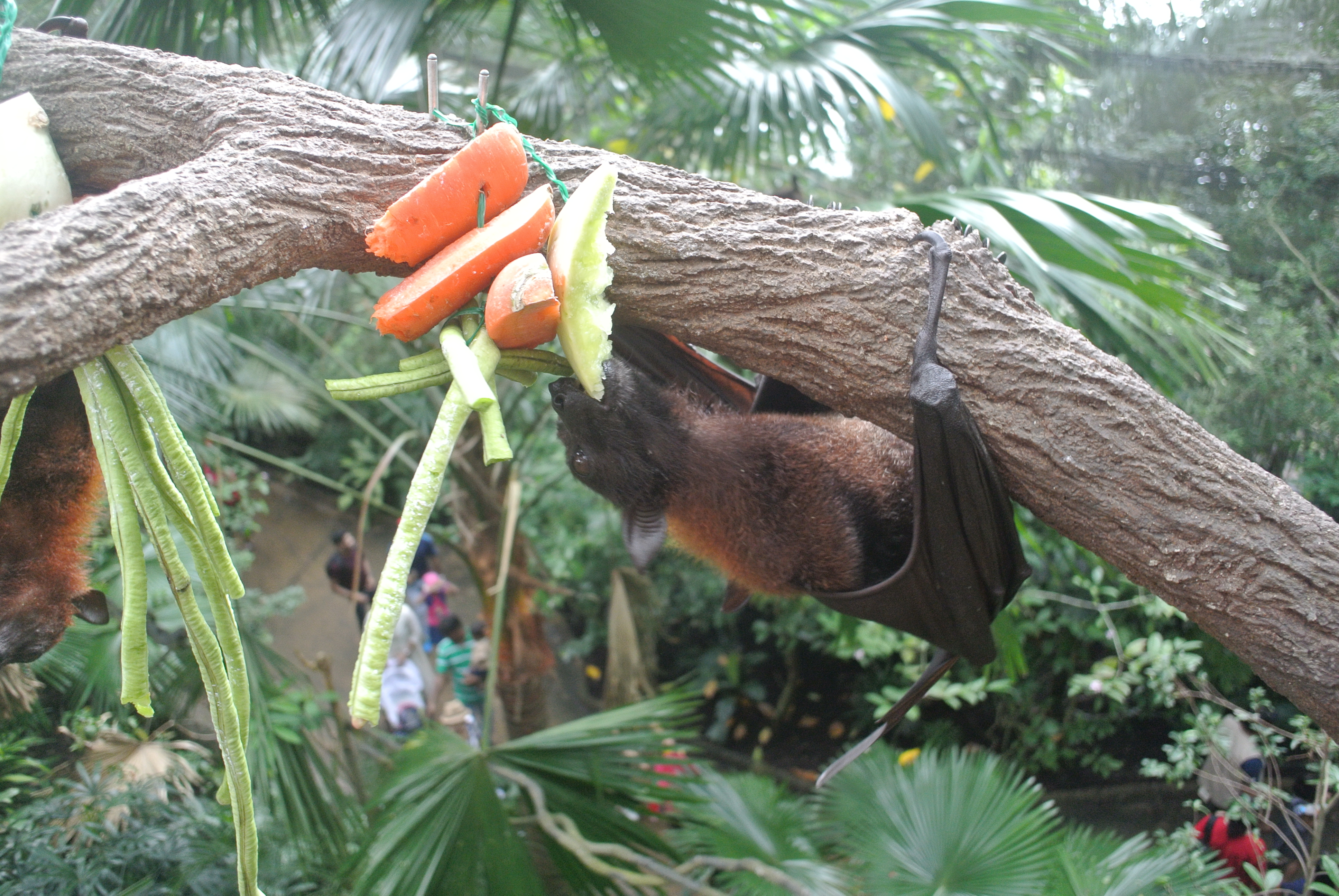 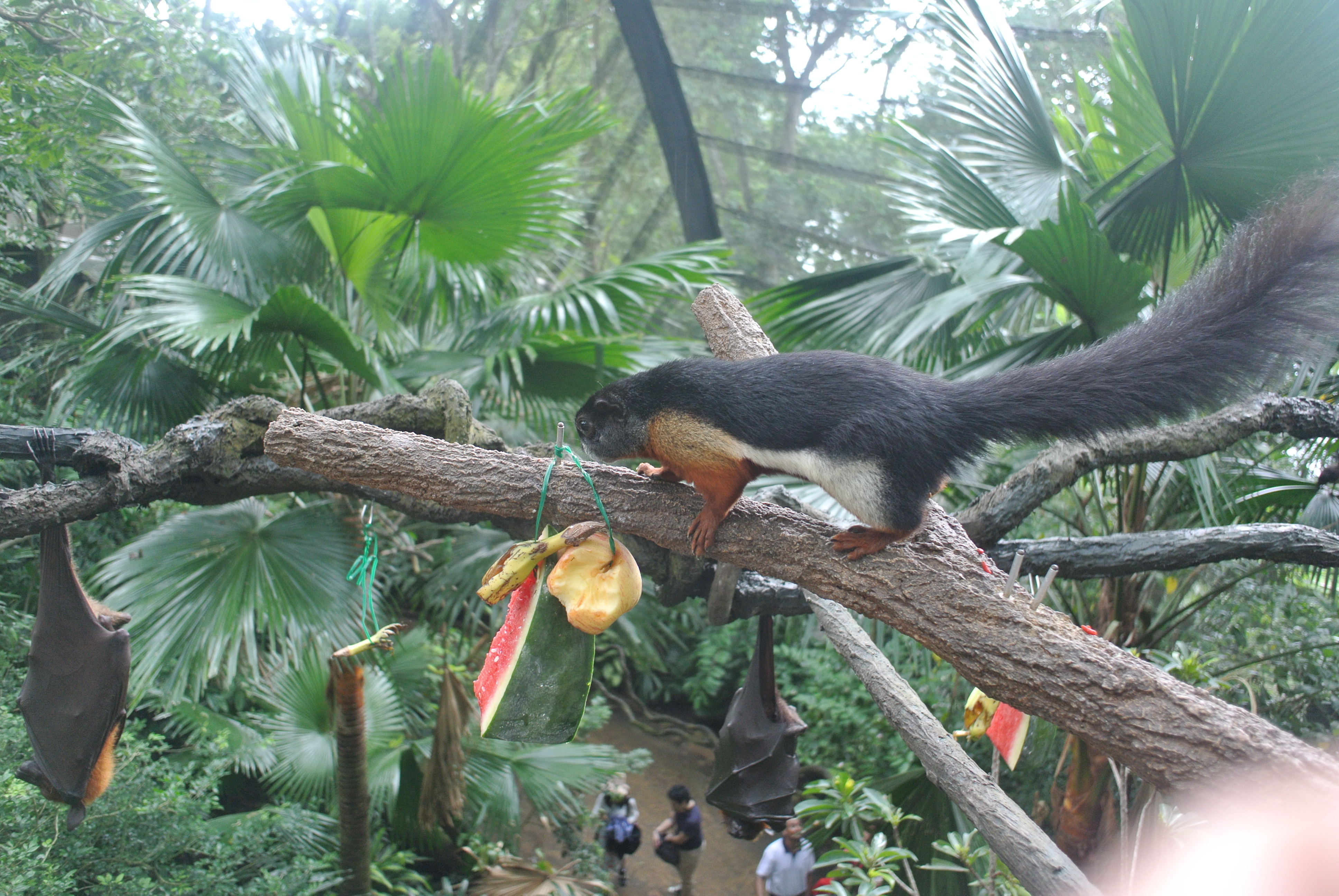 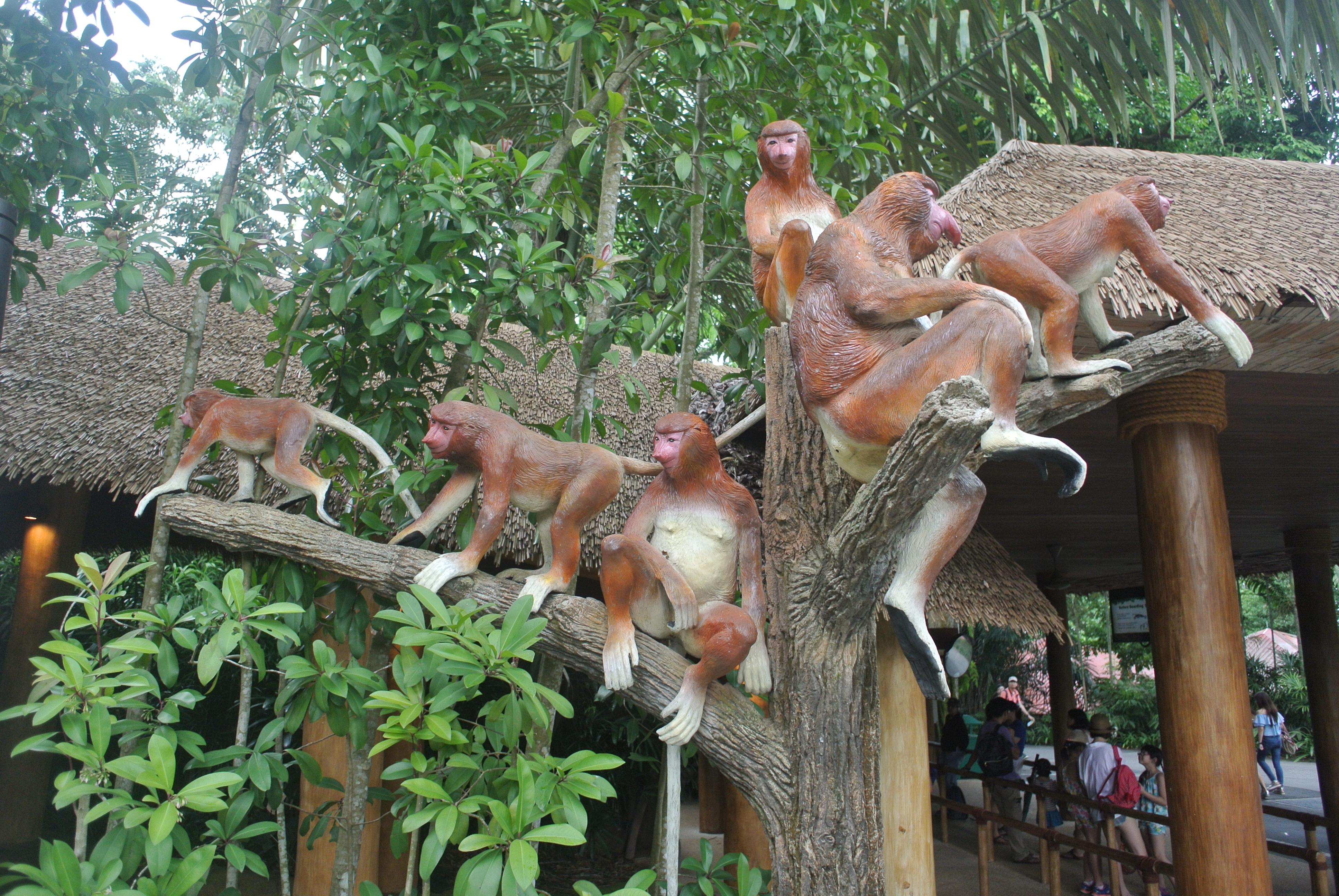 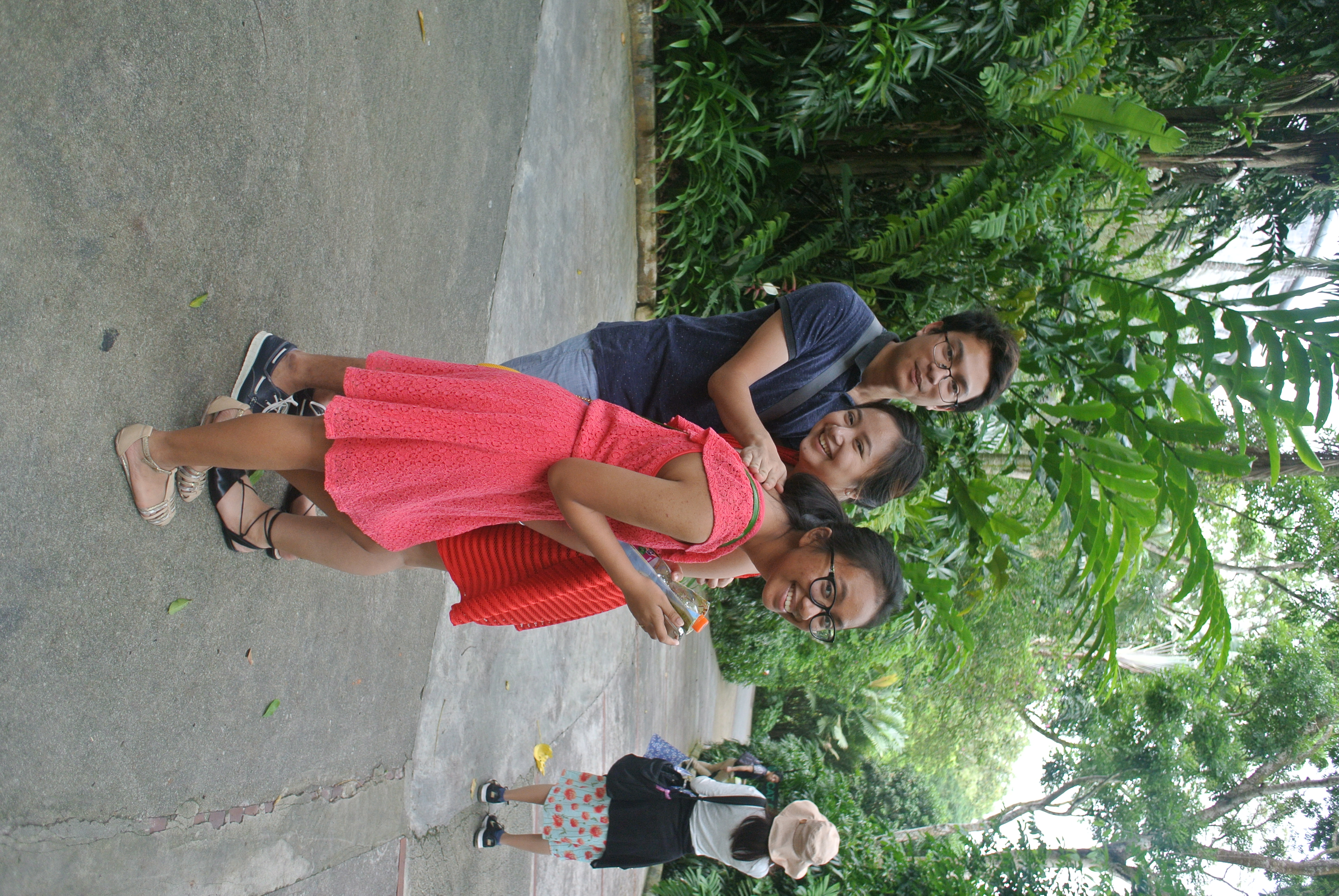 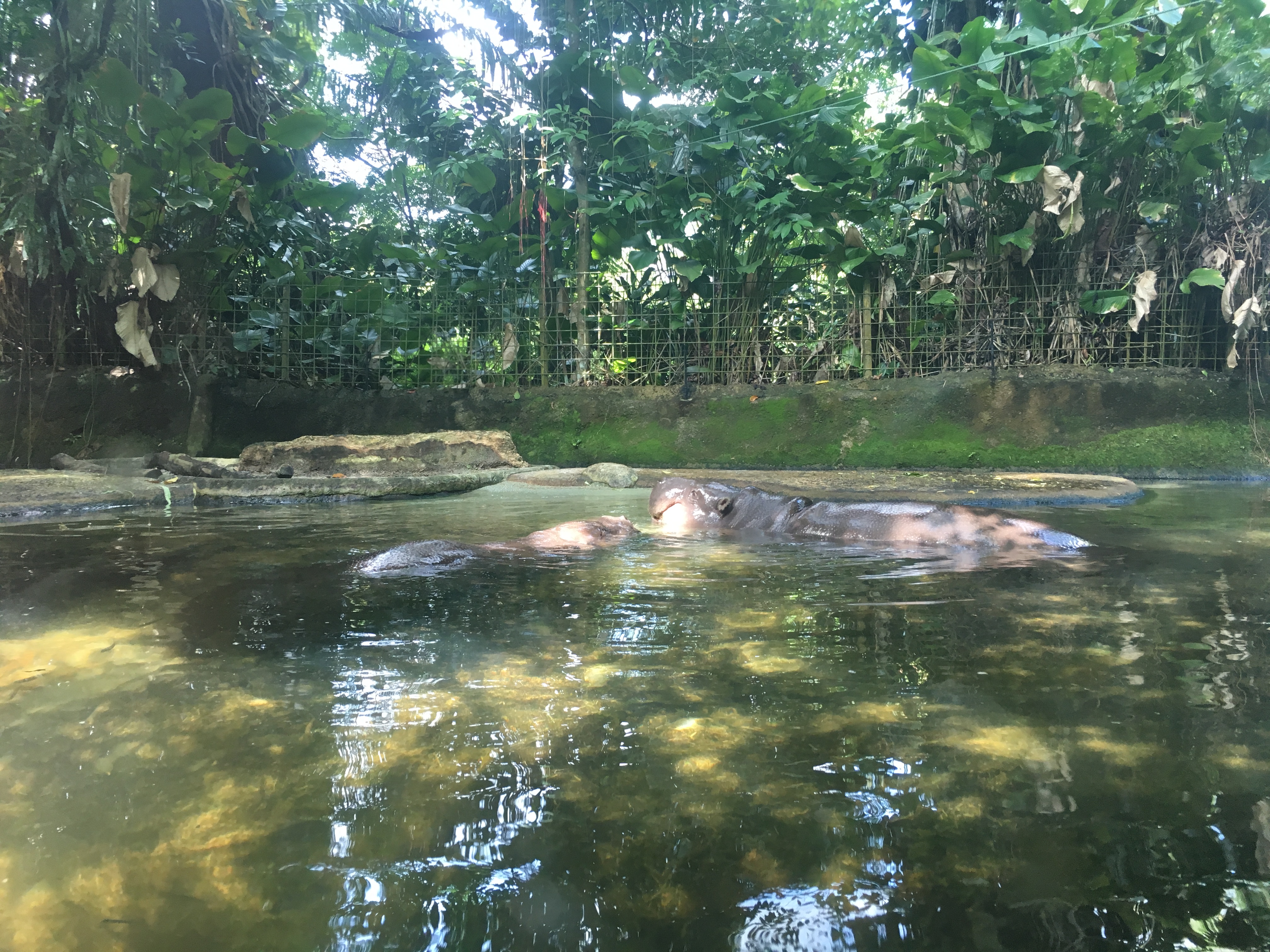 After failing the conquest of an air-conditioned area, we decided to find a cafe or restaurant to have lunch in. It’s as if we never learn from our previous assumptions and hoped for a cold shelter. When we checked out the zoo restaurants, they all offered al fresco dining. A lot of families apparently had the similar idea of having a late lunch so available tables were scarce. Hunger and heat do something to people, and we were all grumpy as we try to find another place to eat in. We checked the map, found that there was a KFC nearby. KFCs are usually air-conditioned, right? Ding ding ding. We were correct! 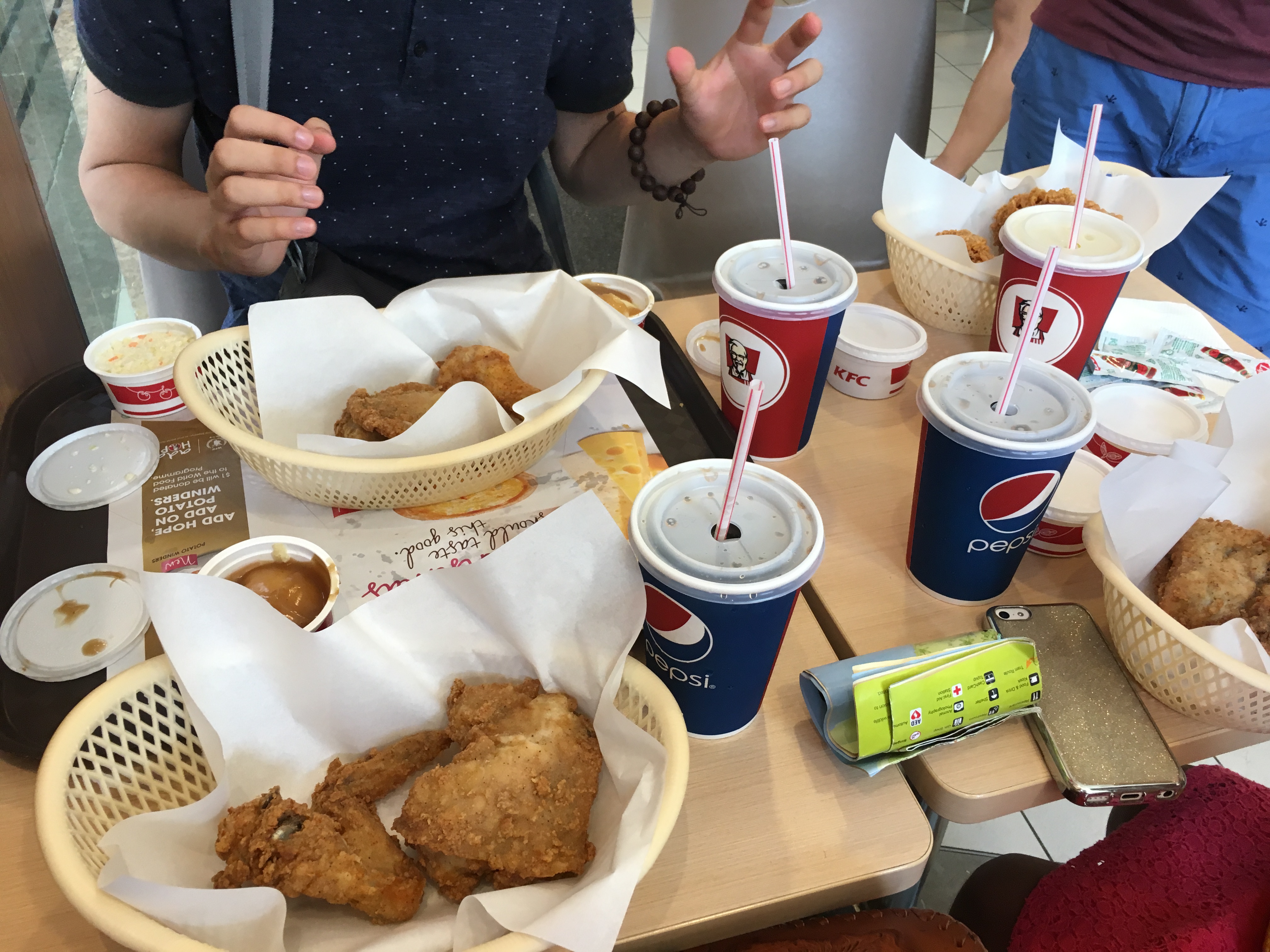 Once our tummies are full, we took the tram back to the zoo entrance to walk over to the River Safari. While we were on board, the drizzle didn’t really worry us since it wasn’t too strong. I can’t believe we were such naive optimists. By the time we got to the River Safari, their signs at the entrance all display the message that all rides (that was included in our Park Hopper package) were suspended. The downpour was strong enough to make us reconsider entering and essentially wasting our tickets, so we simply roamed around the gift shop to check out the souvenirs. 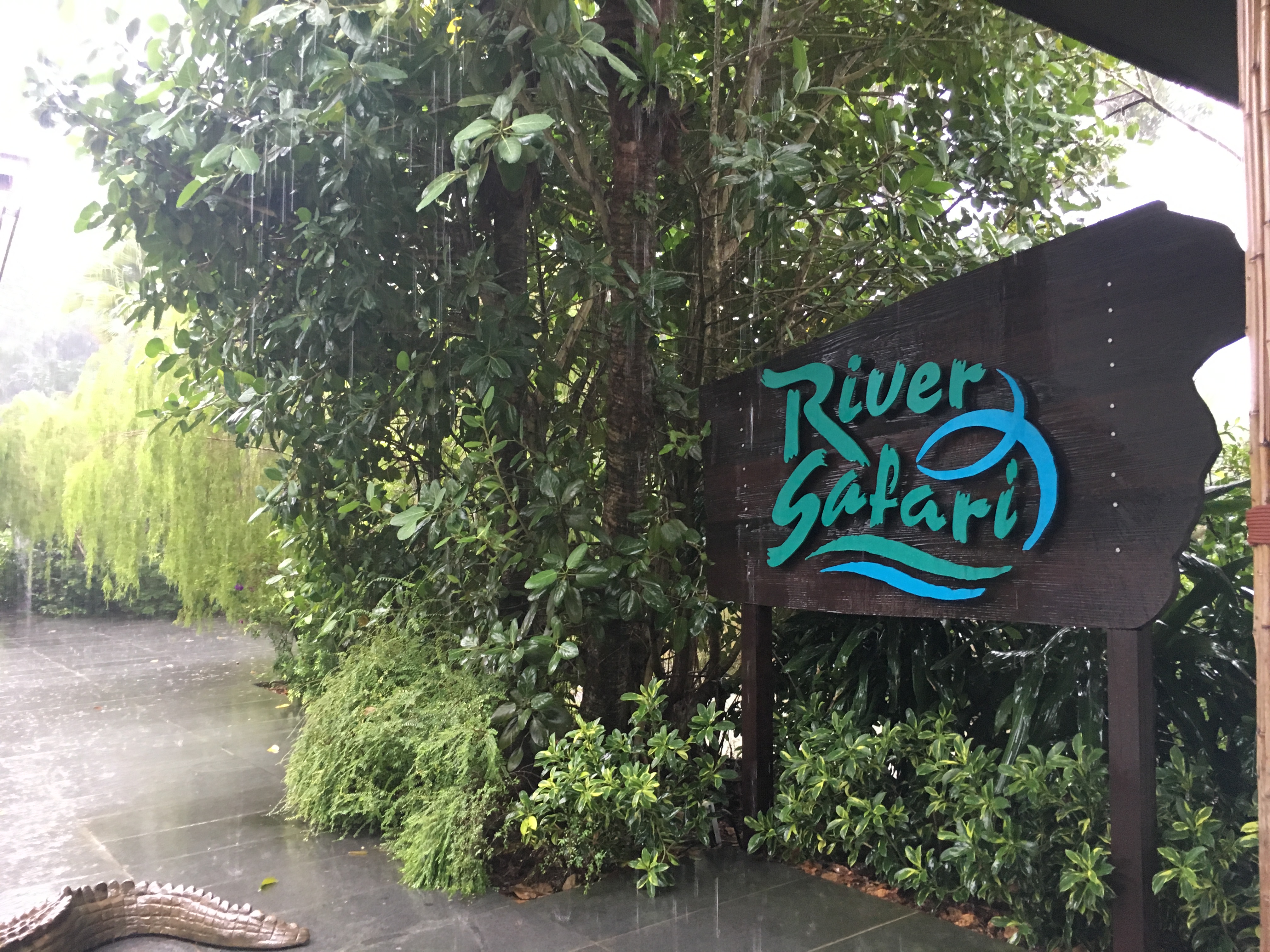 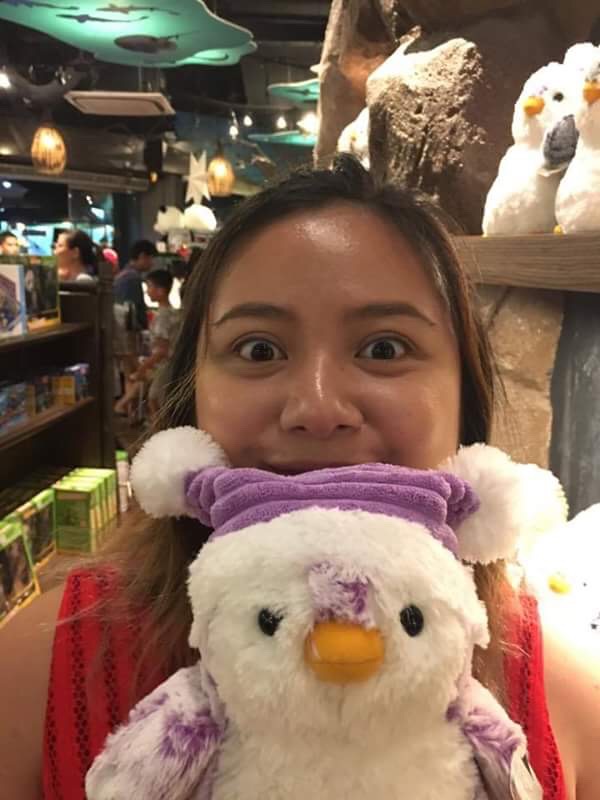 Our tickets for the Night Safari was for 7 PM, hence, we had time to burn before we could enter the park. What do we do? Eat dessert of course! Do you see a pattern here? 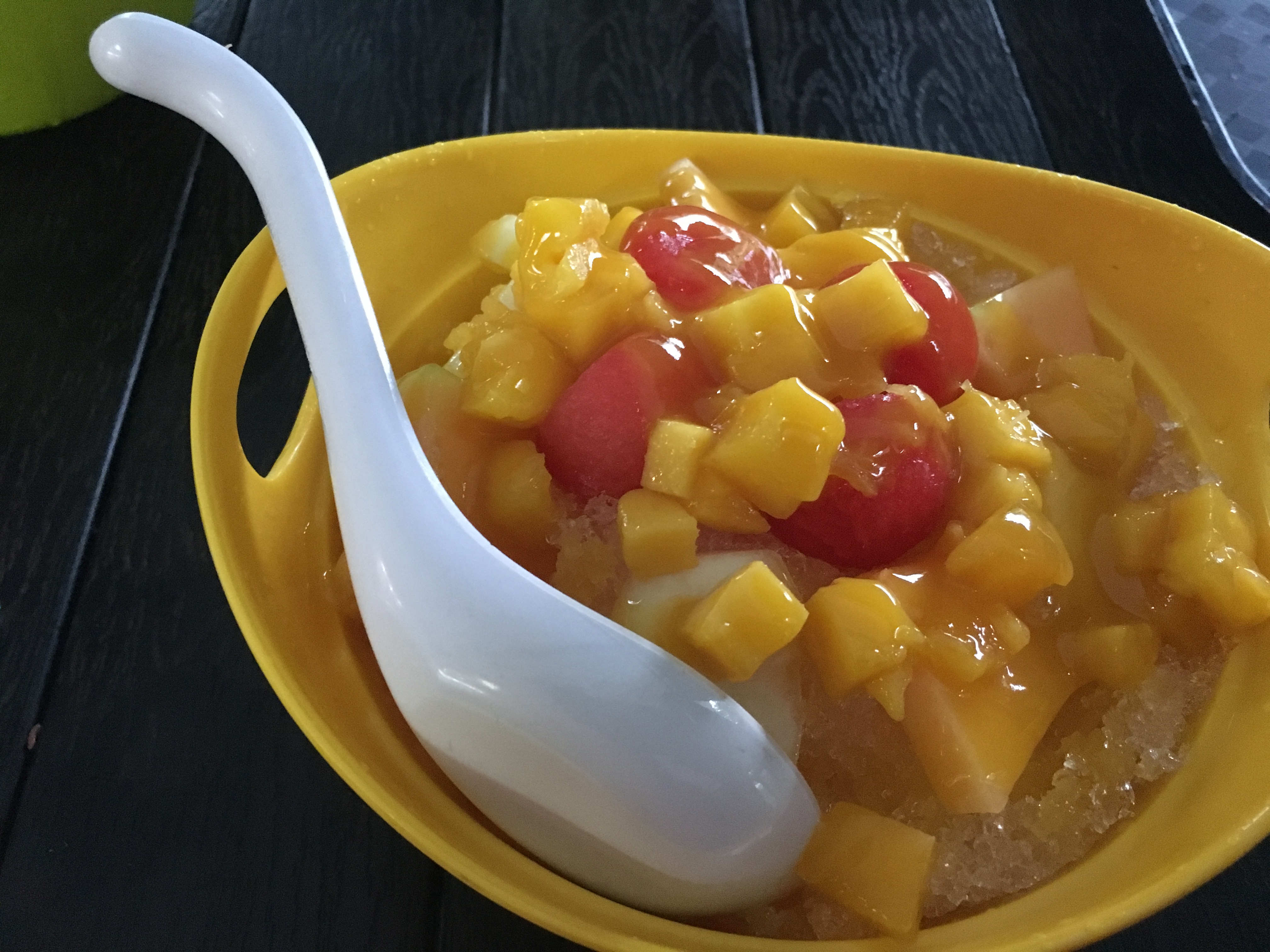 The rain finally stopped just before twilight, and we started walking to the Night Safari. Due to the rain, the area where people usually queued was closed off and all the visitors were to occupy the walkway. It wouldn’t even be a problem if the walkway was not lined with gift shops and food stalls, but it was. People would literally just push their way to the front of the queue. The tour groups were also given priority, so they would squeeze through the throngs of people that were lined up, and some of the people queueing decided to go with them. It was a big mess. Inside there are a couple of tram stations, but only one tram for visitors that are not of part of tour groups. Therefore, the queue to that station was insane. There was more than an hour of waiting time, and the queue was in the same sorry state as the one for entry. We opt out of the queue instead of getting crammed with dozens of sweaty line jumpers for almost two hours. At this point, all we really wanted was to grab a bite to eat, shower, and go to sleep. 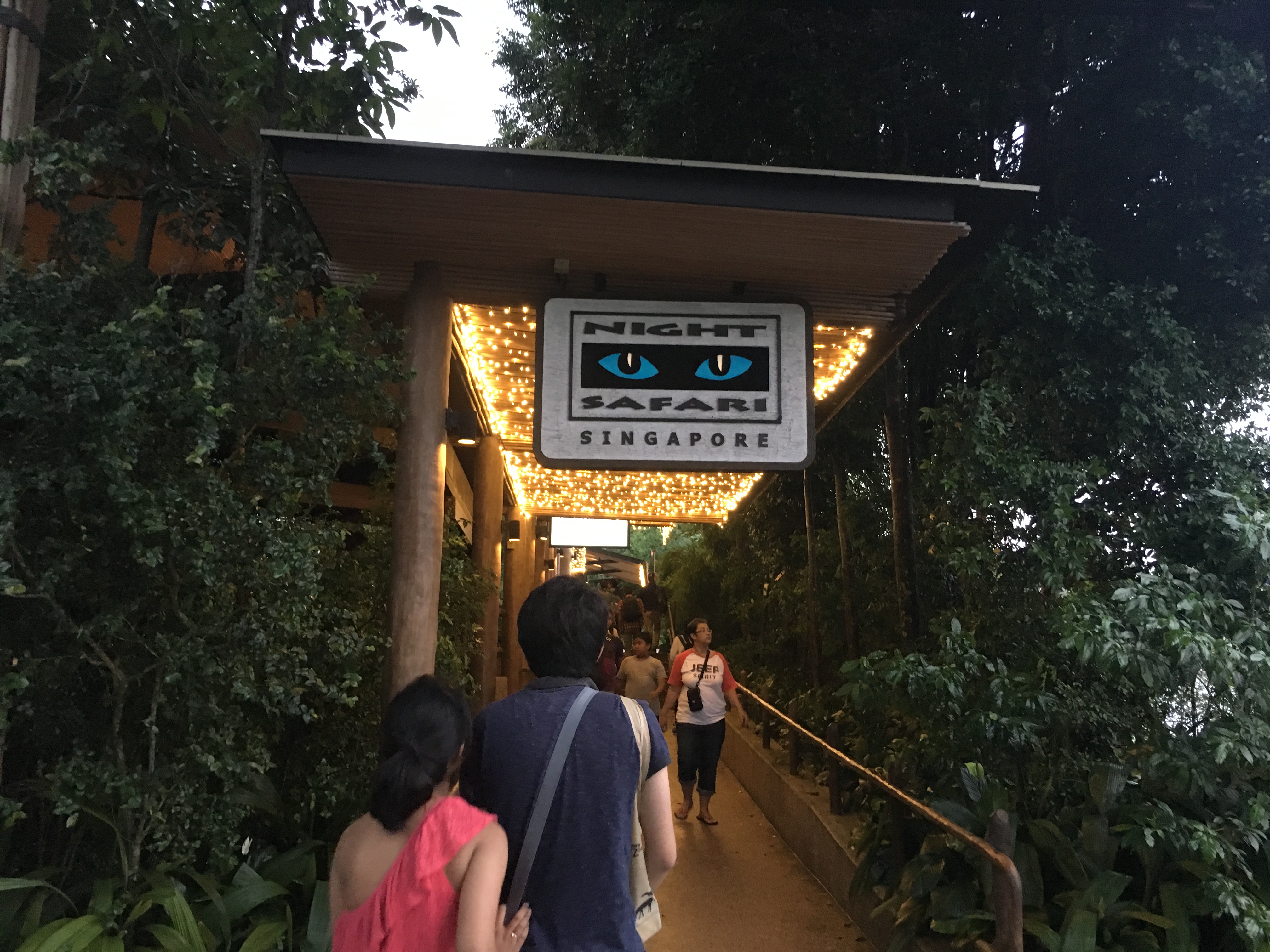 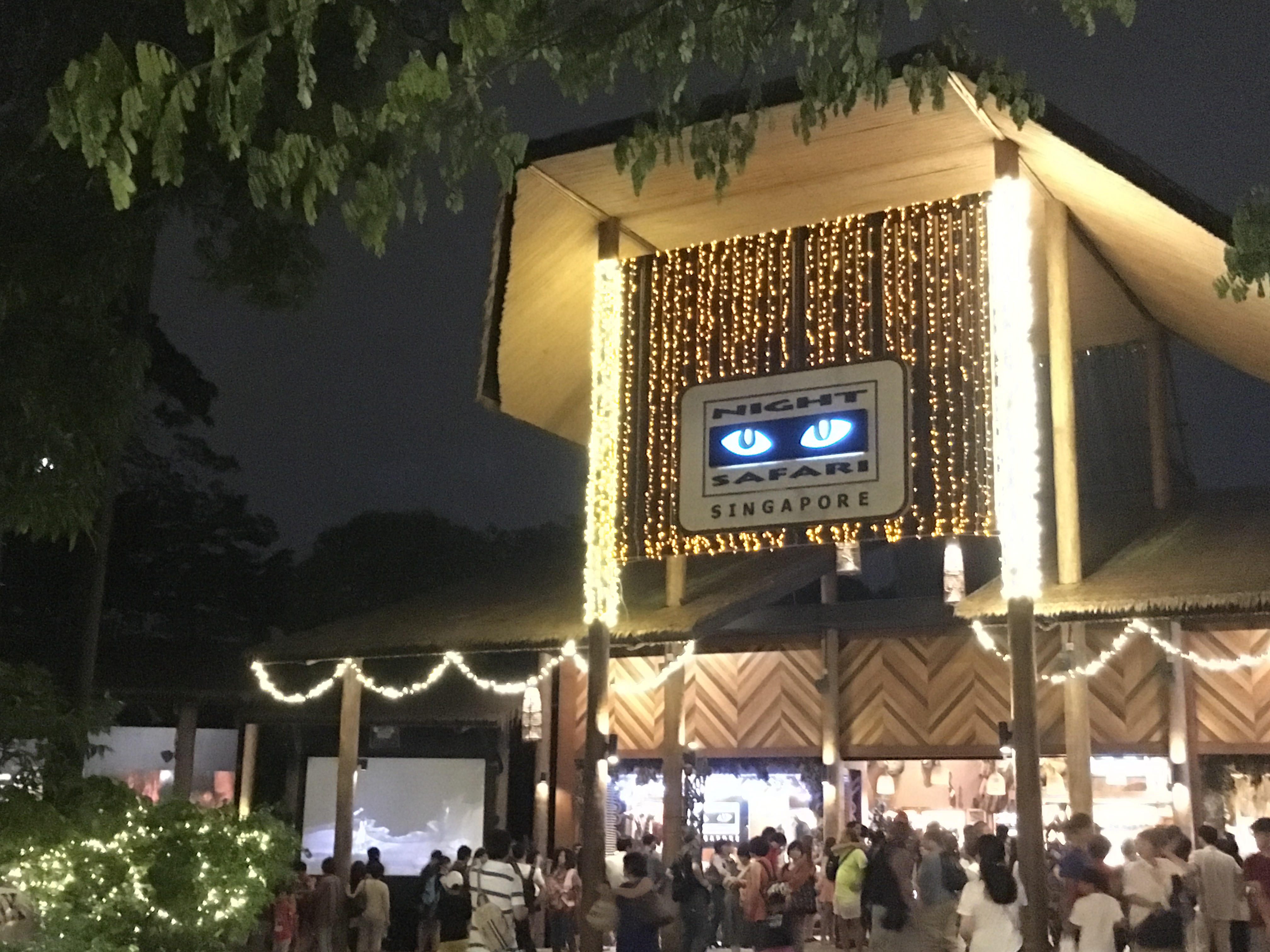 We boarded a taxi back to dad’s apartment and had our Christmas dinner at the hawker center across the street. Noodles sounded like a good idea because it started raining again on our way back. After having dinner, we stopped by a bakery and a small grocery to buy more food. Good food can turn any crappy day around! Even if Murphy’s Law steamrolled all over Christmas, I still say we’re lucky. Not everyone gets to eat three meals per day or spend the holidays abroad with some of the most important people in their lives. That in itself is my version of a ‘happy holiday’. ❤ 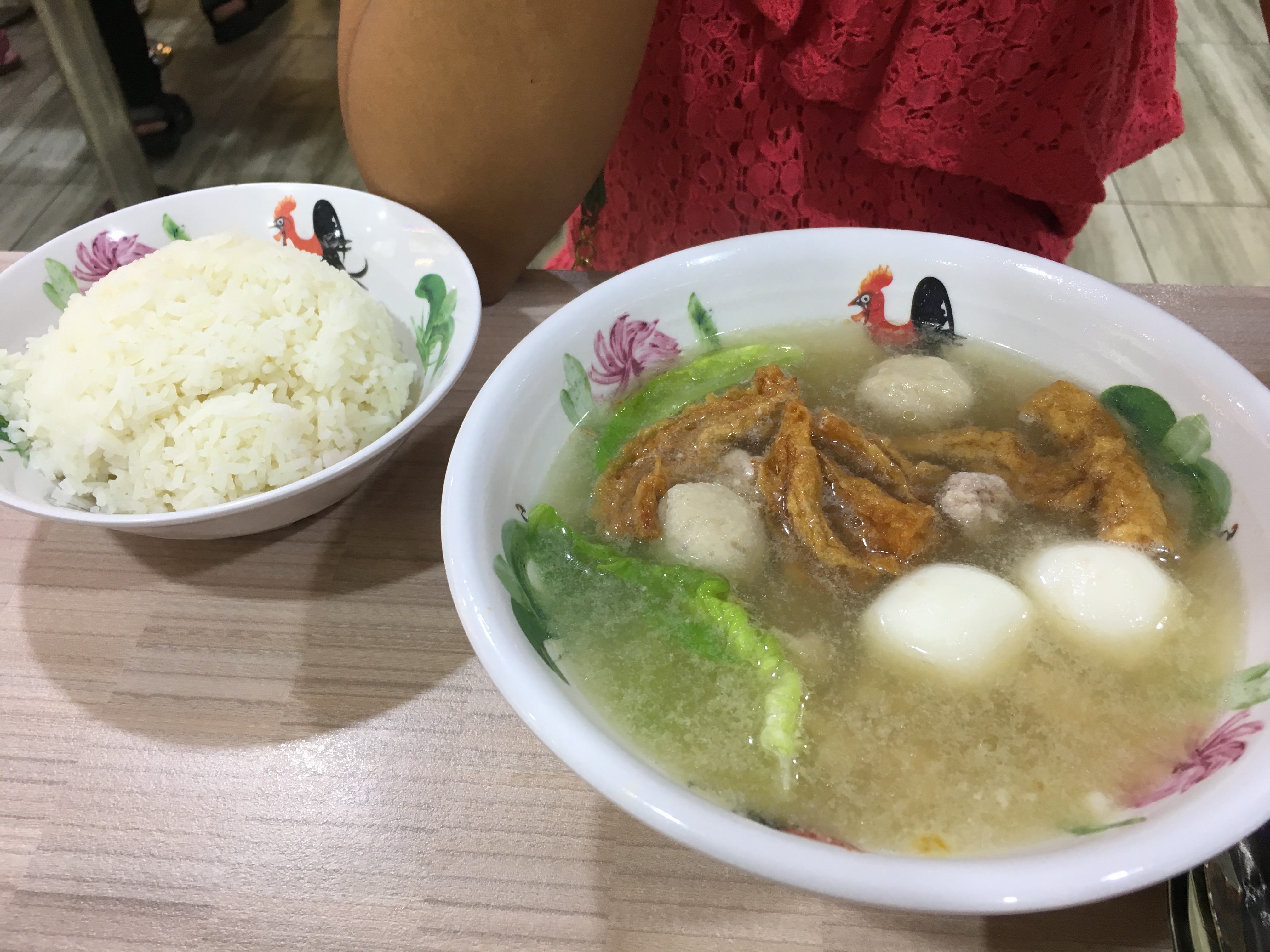