I like to think that I am finally at the point where I am conquering my backlog, albeit rather slowly. But this is better than nothing. For some time, and for reasons I have revealed scattered in a number of posts, I have not felt any motivation to do anything. Fortunately, it hasn’t affected my job at all, but it seems that I have lost interest in working on my passion projects. I have a couple of them too – this blog, baking (@thecupcakeengineer on Instagram), and traveling. So far, it is with this blog where I find the most difficult to move forward with. There are days where I sit in front of the laptop, and.. nothing. Na-da. Back when I had more deadlines to work on, and rarely had some free time, words flowed seamlessly and I never even realize how much time I spend on writing. Creativity, where art thou? I’d lamented to the same tune repeatedly until C went “well, why don’t you just do it? When you want to do something, just do it. That’s what you usually do anyway.”. Aaaaaand here I am!

Thank goodness for sales. I have never flown with Singapore Airlines before (and wouldn’t have been able to justify buying tickets for three people with their normal rates) but luckily, their month-wide anniversary sale sold round trip tickets that were significantly cheaper than if I went with Philippine Airlines (usual airline of choice when flying within Asia). I even cross checked with Jetstar and the price was almost the same! Yay for seat sales, nay for Philippine traffic and flying out during the holiday season. We encountered moderate traffic (meaning our 1-hour trip to the airport turned to 2.5 hours), and the queues to both travel tax and immigration only left us enough time to be there before boarding started. We didn’t even get the brunt of traveling during the holidays because we left early December! 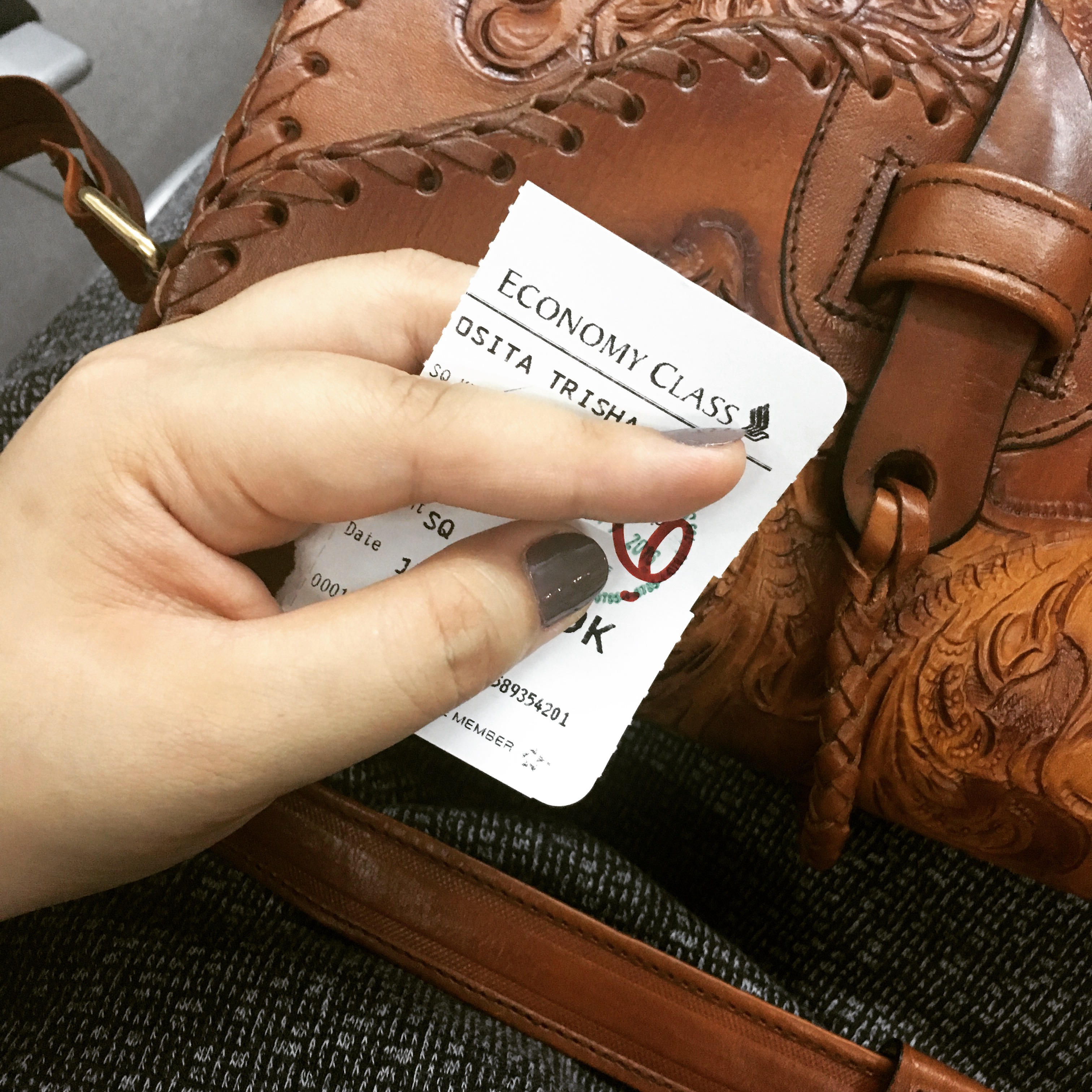 Of course, I utilized the hot towels, in-flight entertainment system, and drank up all the liquids I could take in without needing to pee in that three-hour flight. It’s the most I’ve spent on tickets in my life (due to the fact that I was paying for three people haha!), and I was determined to make the best out of it. 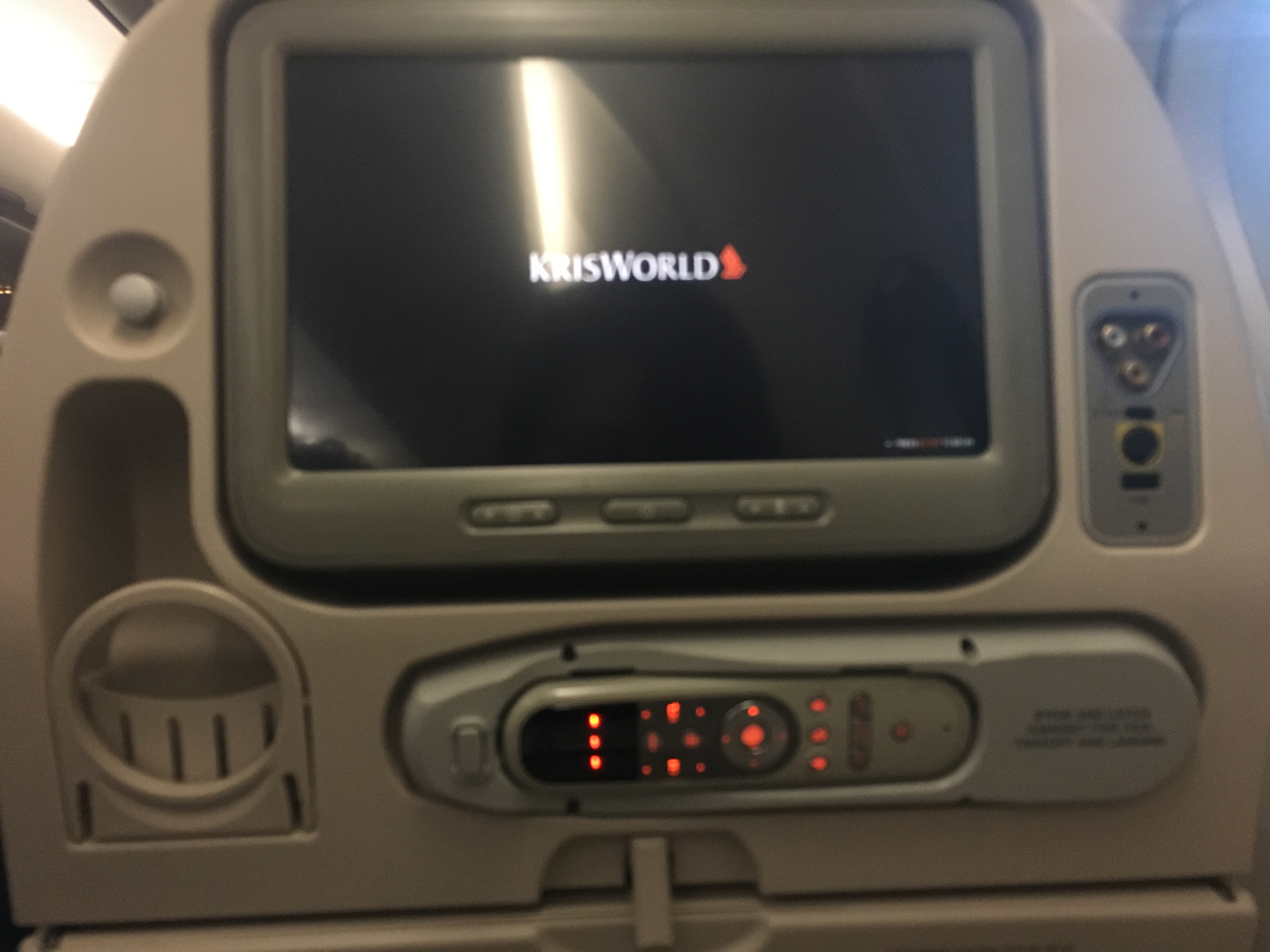 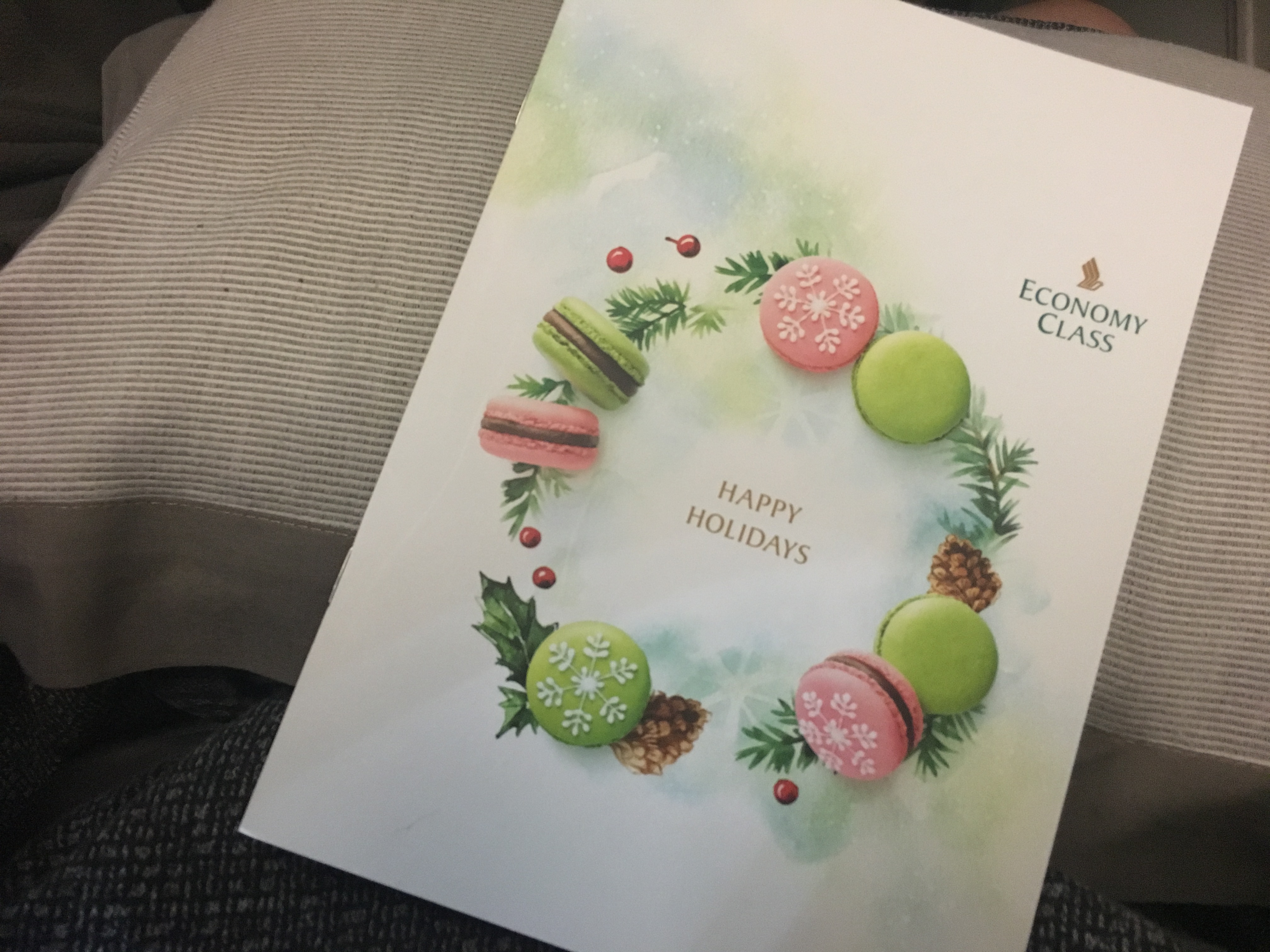 I have never been fond of airplane food. It’s not an affront to any of the airlines I’ve tried, but my taste buds are used to over seasoned food. Hence, everything tastes bland to me. The thing I usually enjoy the most is the bread and butter because it tastes the same everywhere. 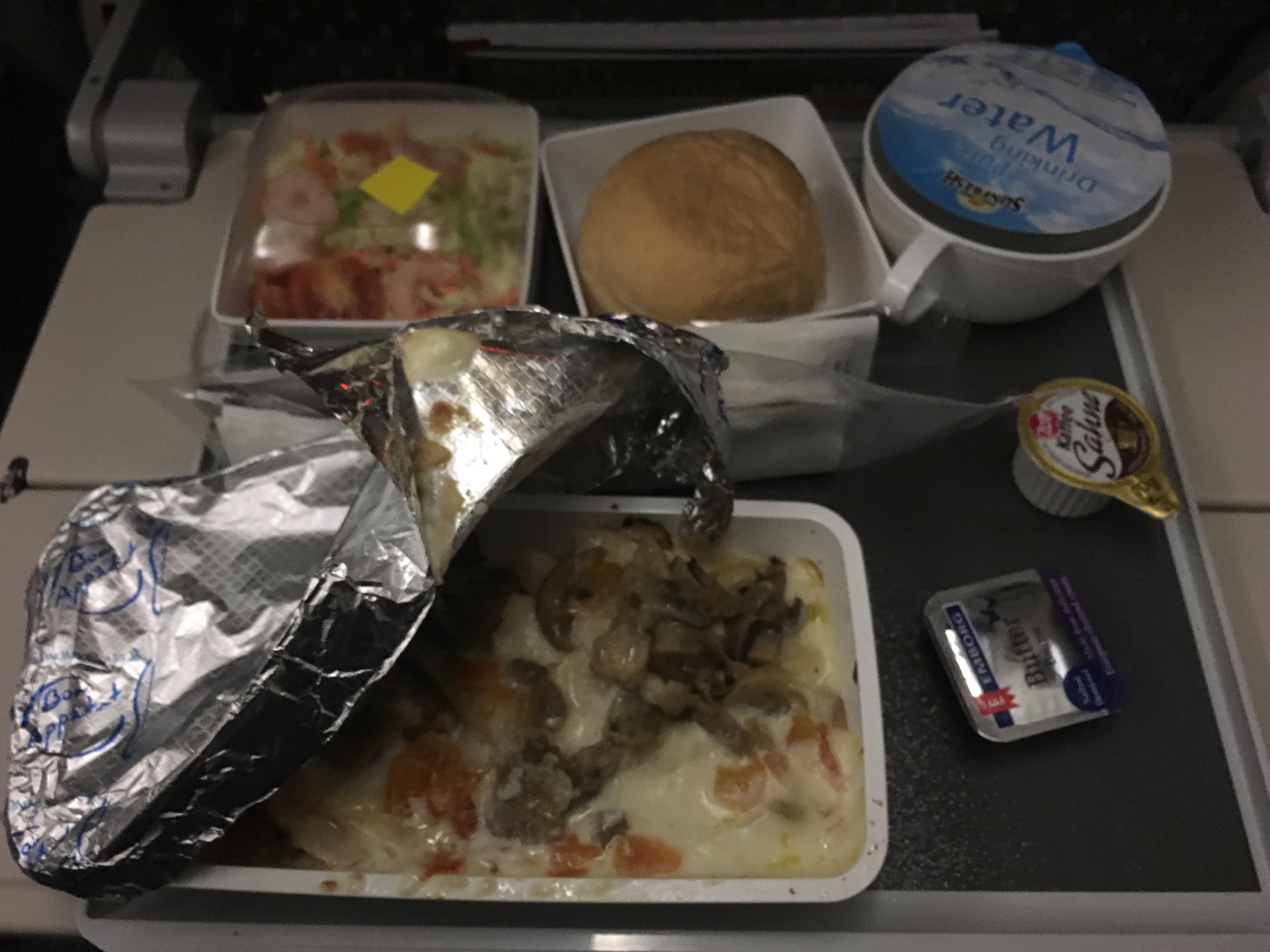 Dad picked us up from the airport and we took the cab back to his apartment. It was kinda crazy to be sharing the room with two other people (my sibs) because we all had our own rooms back home. We also shared one bathroom and I got dibs on being the first to use it every morning and before going to bed. 😛

Our agenda for the first day is to visit the S.E.A. Aquarium and Adventure Cove over at Sentosa. I think both parks may belong to Resorts World as it’s in the same stop on the Sentosa line. Since it was a Sunday, the train and the park was packed! 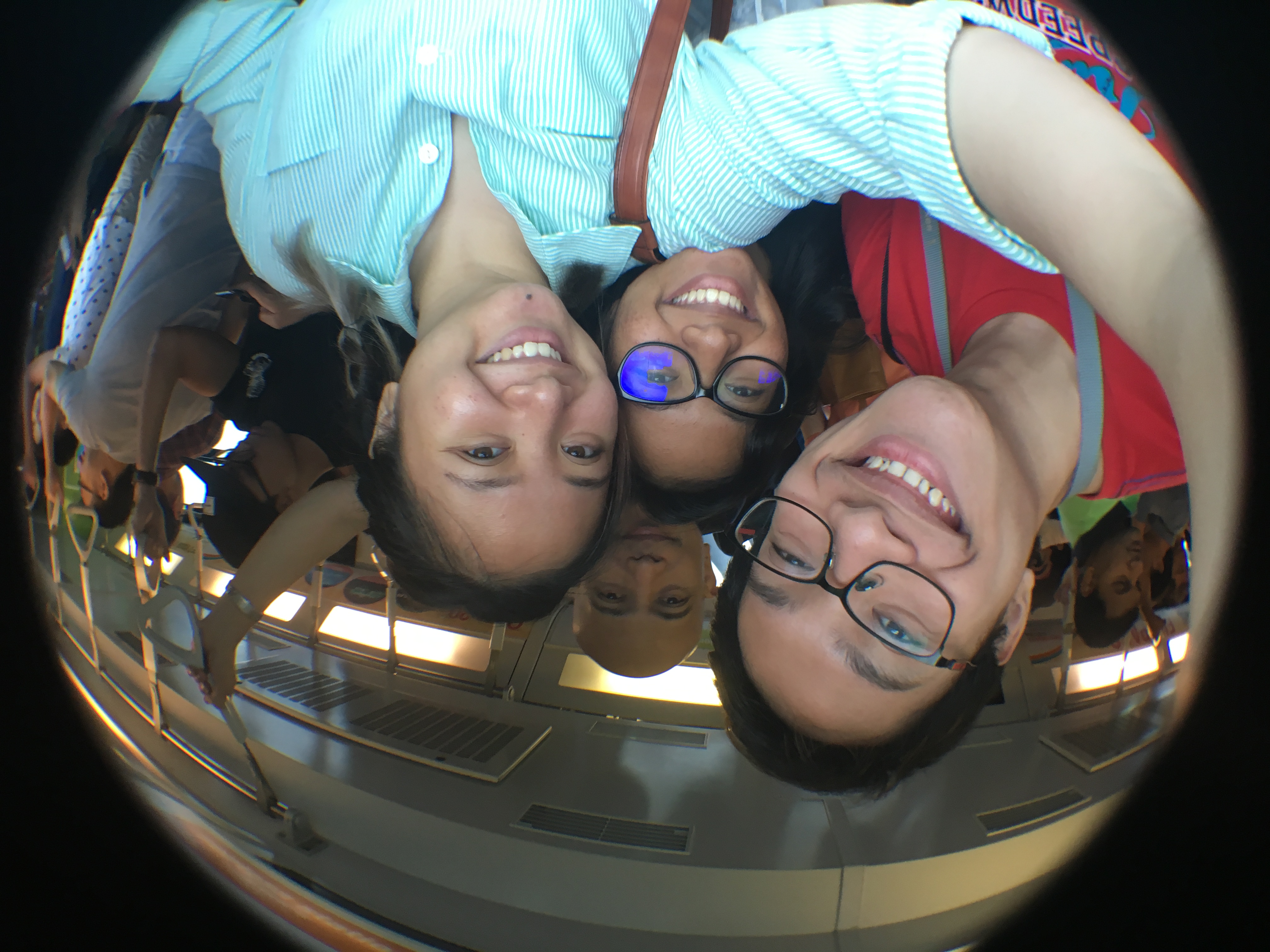 It does not look very much like it was crowded in the photos, but it was. Or maybe it’s just the crowd hater in me that’s talking? 😛 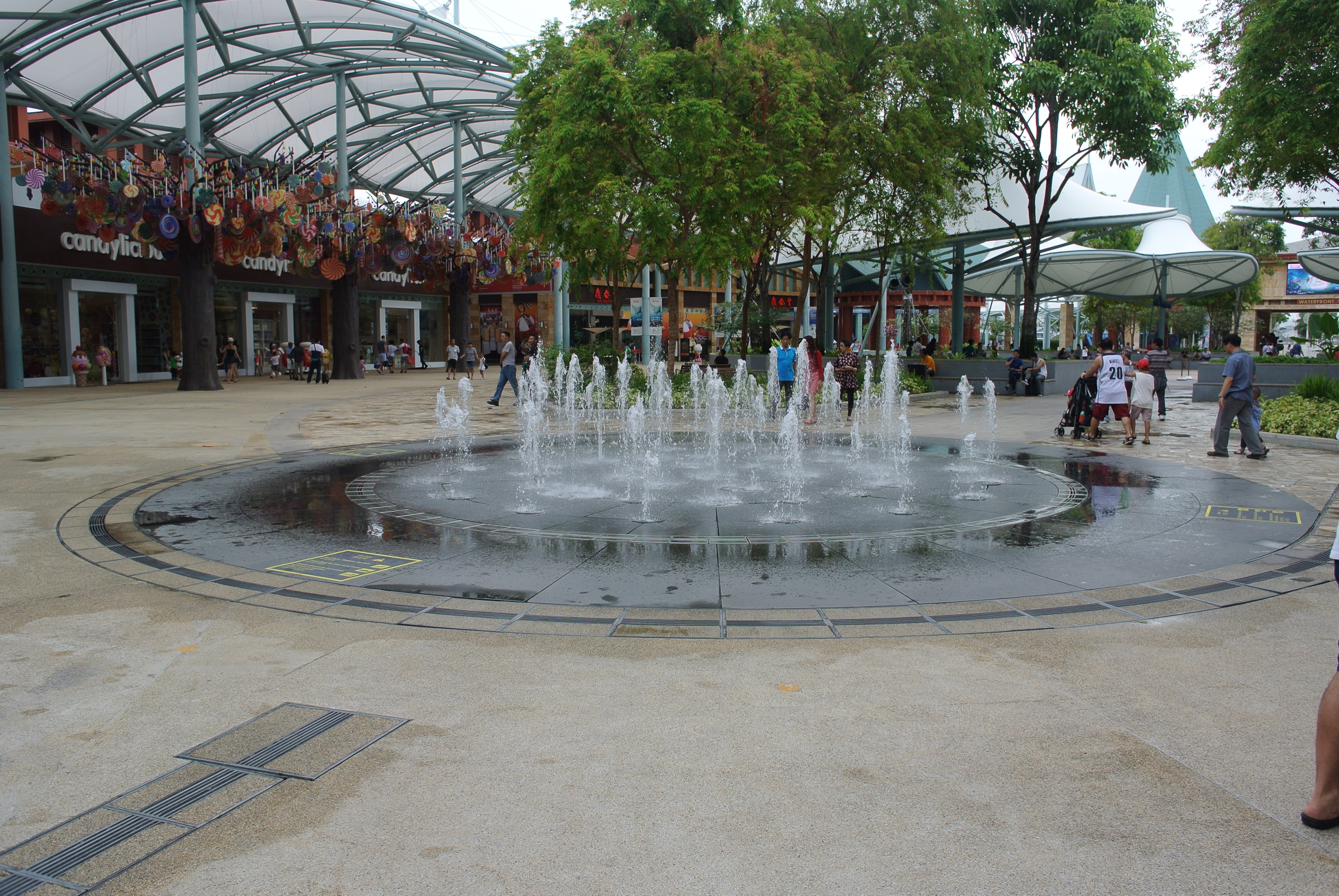 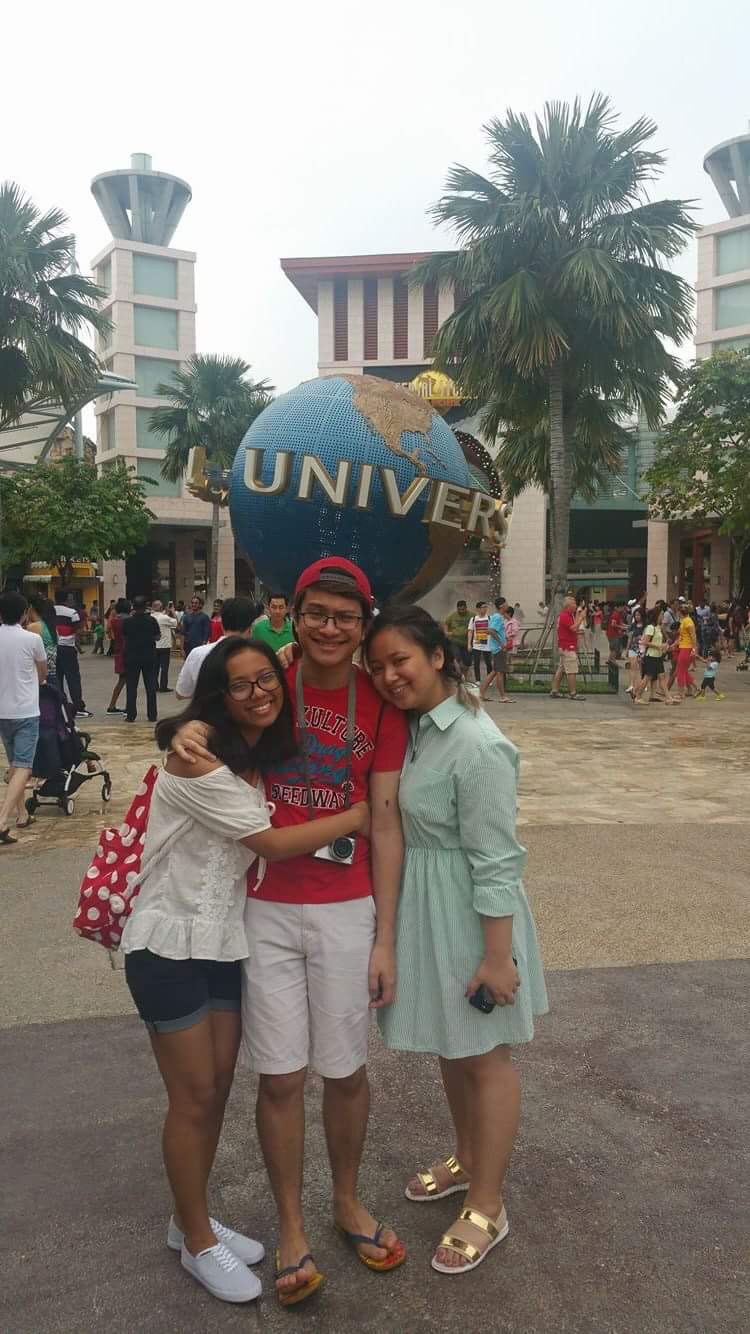 The aquarium was further than Universal Studios from the station and is a short walk nearer to the harbor. By the time you get close, you’ll realize just how near the sea really is from the park. 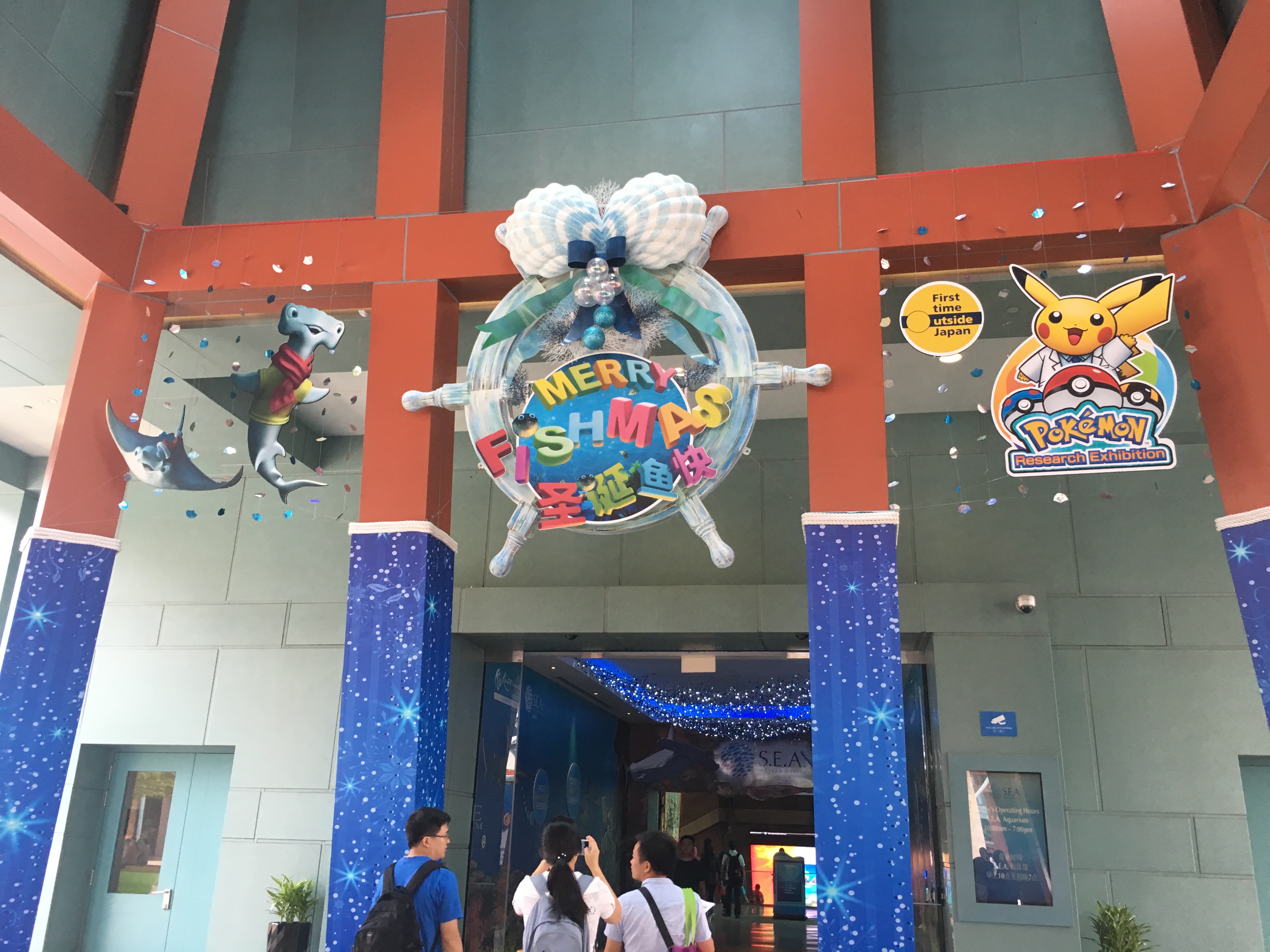 The building is quite big, and the upper floors are converted into galleries of some sort, displaying items from all over South East Asia. Nothing you haven’t seen before if you’ve lived in any of these countries – straw hats and baskets, embroidered linen, and the usual produce. 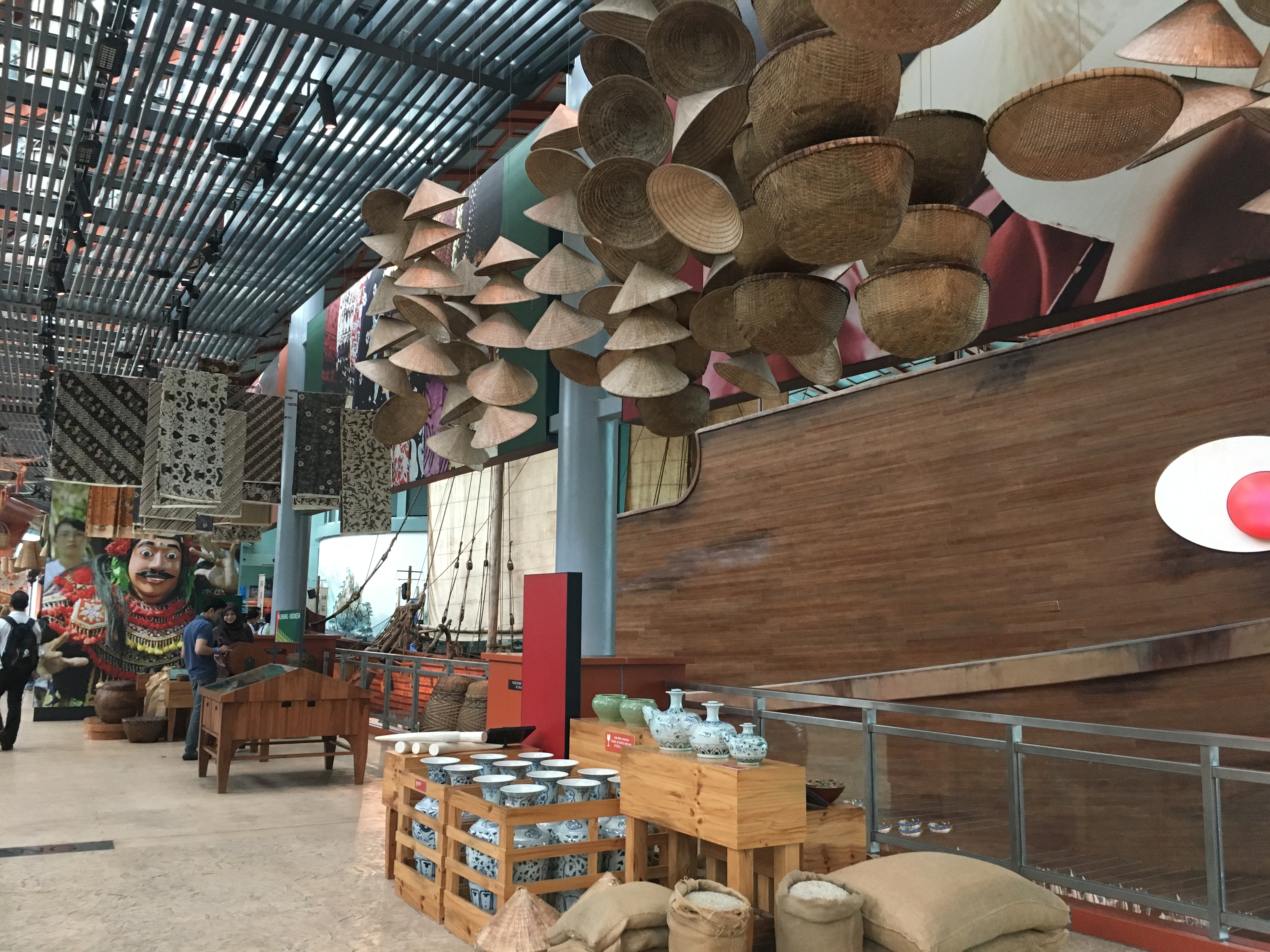 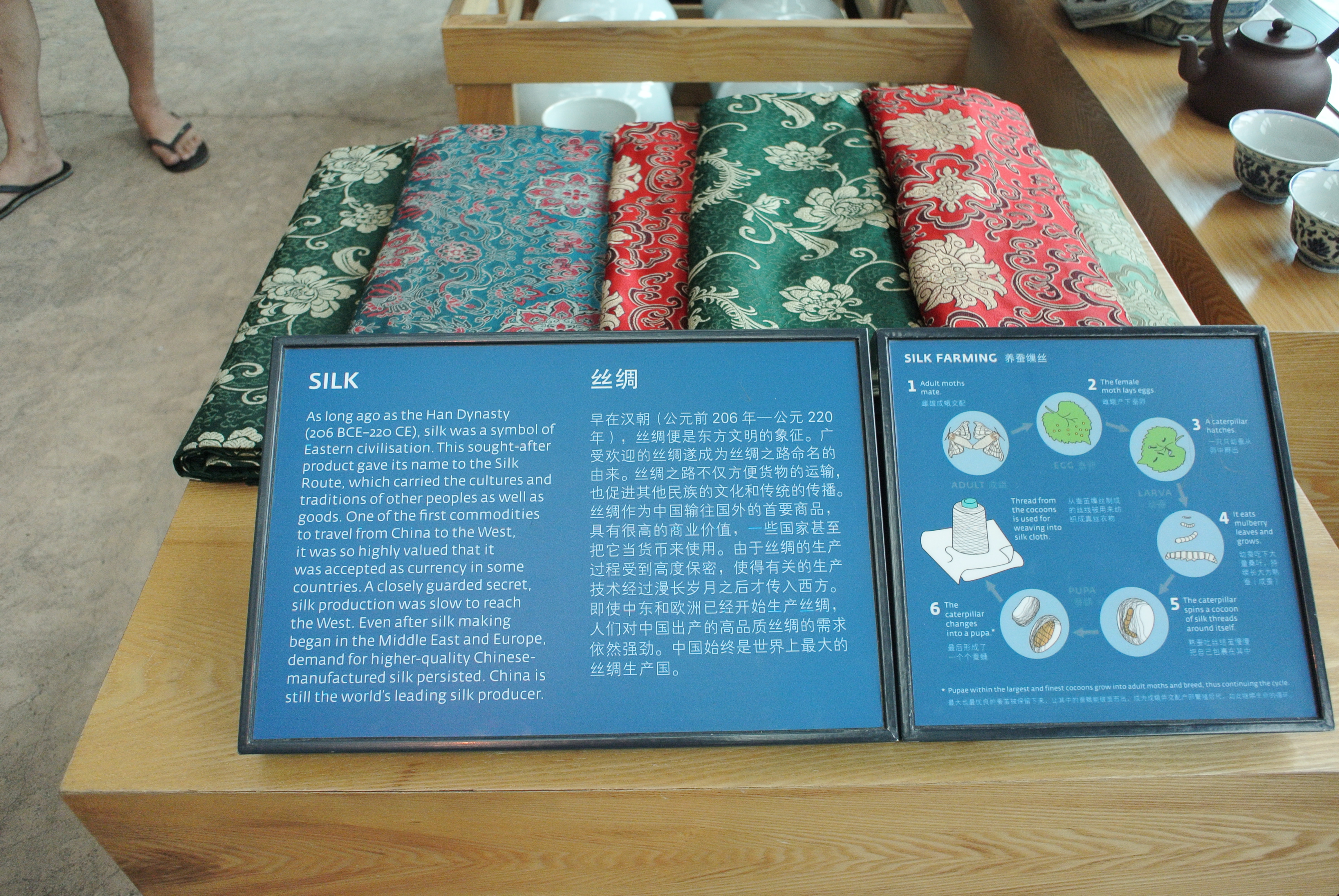 It’s as if I never learn anything! Once again, I bought a pair of gartered sandals before our trip and decided not to break it in simply because it’s white. White footwear tends to get dirtier after every use and I was trying to avoid that and put it straight into my luggage. The result was having to sit down every while and then due to new blisters forming on top of blister scars. It’s a vicious cycle, you guys! 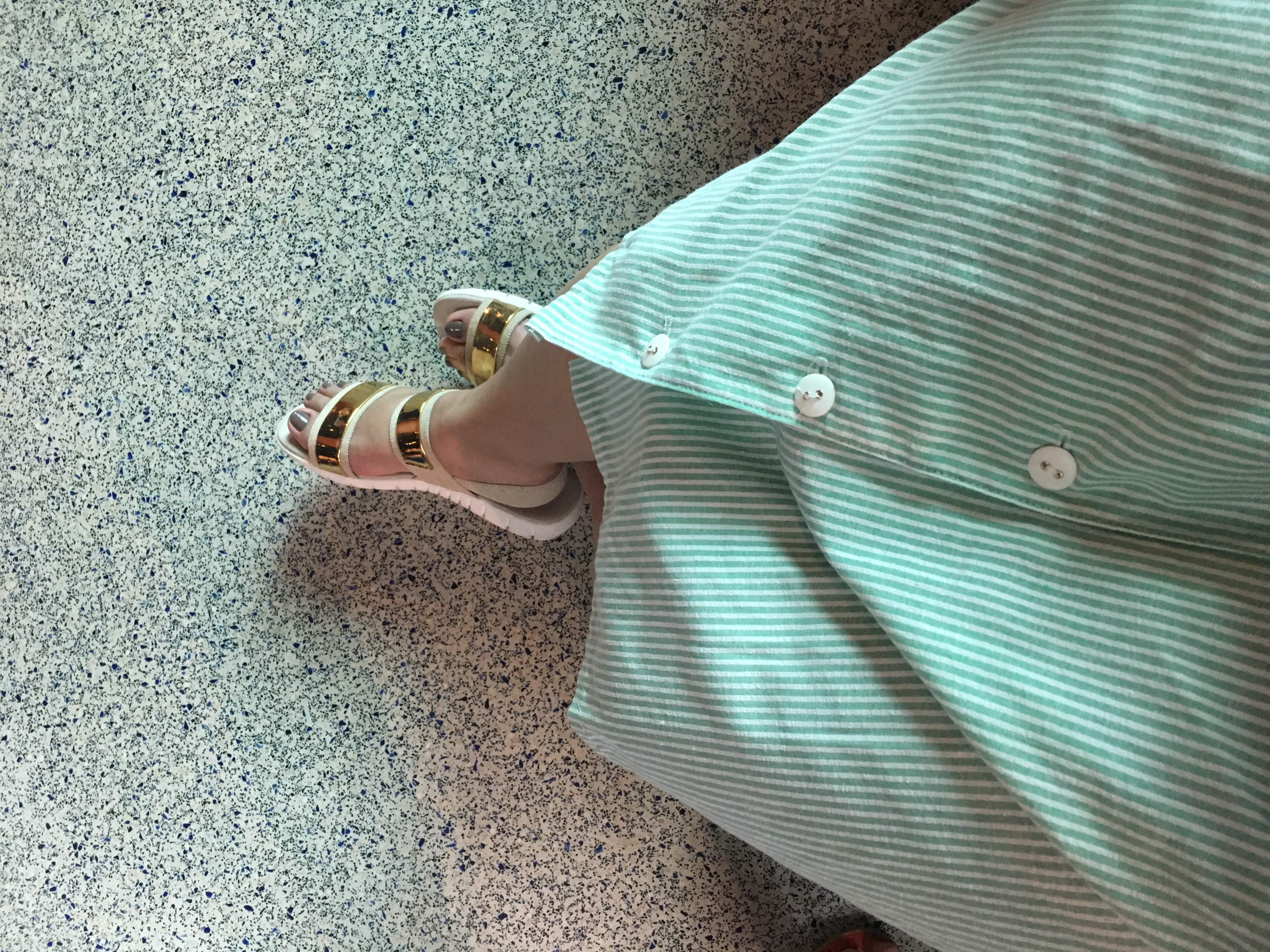 Singapore, in general, promotes waste reduction. Although they haven’t steered clear of using plastics and what not, they have a strict garbage disposal and littering violations. Here’s a Christmas tree made entirely of used plastic bottles! 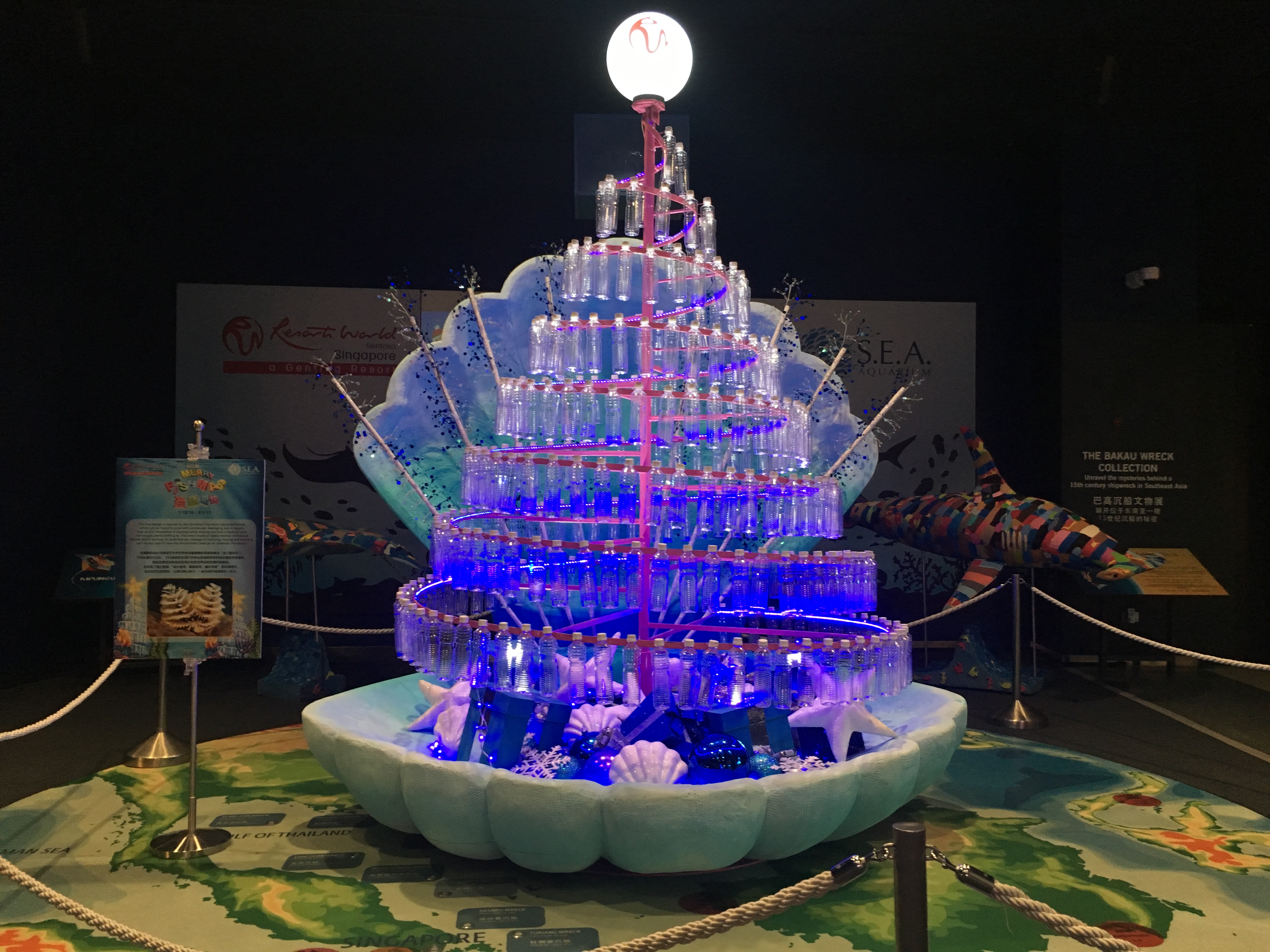 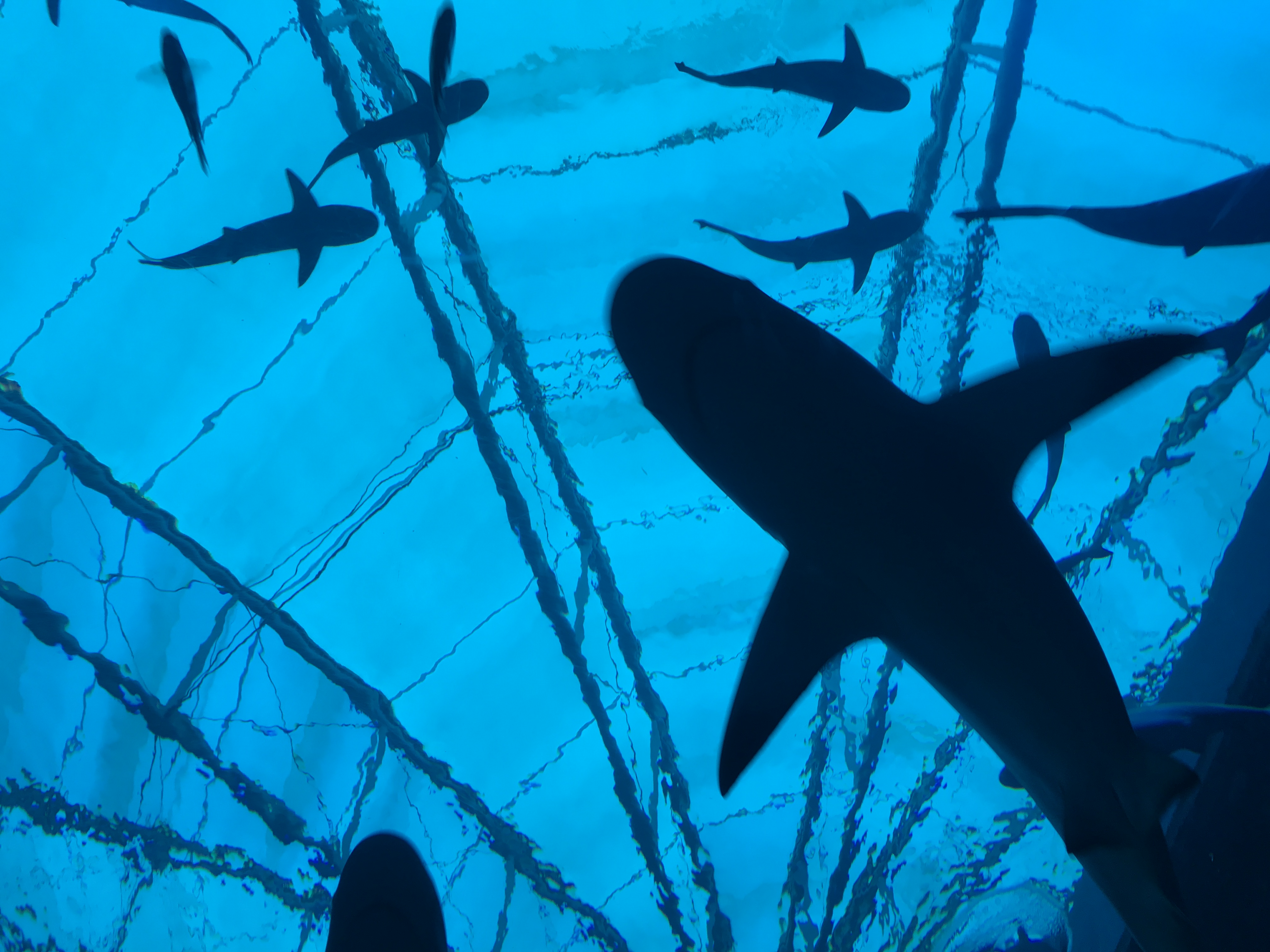 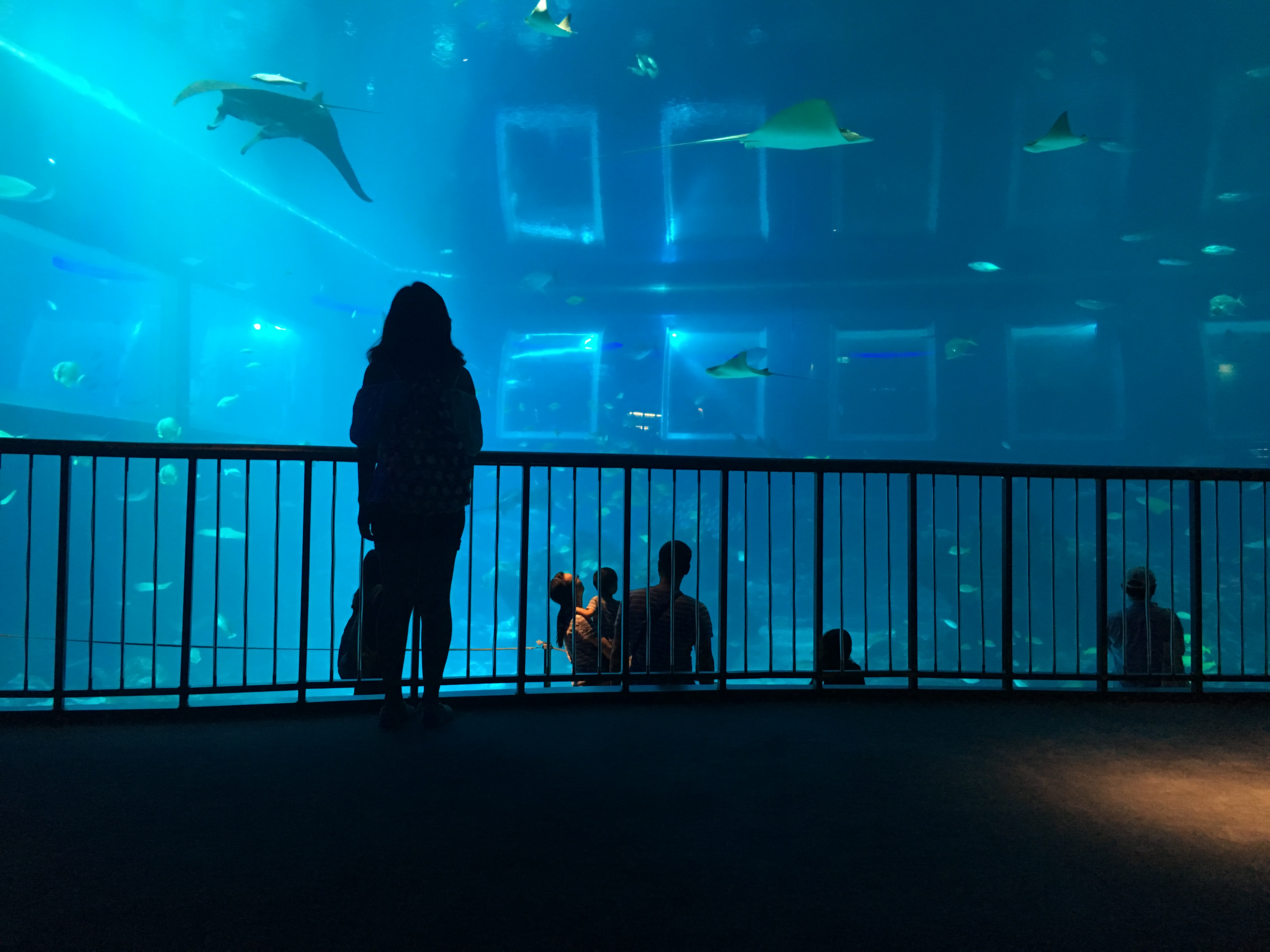 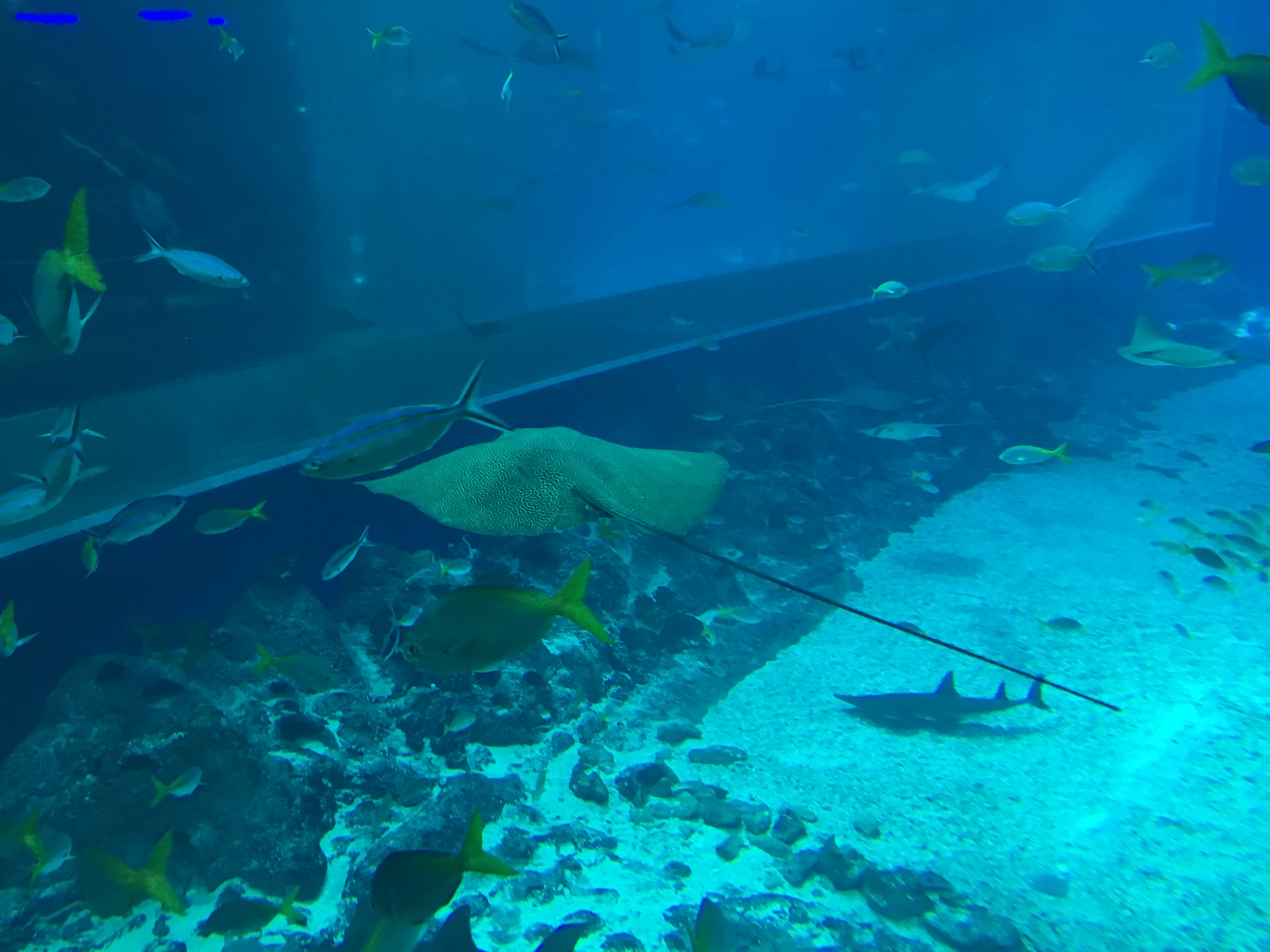 There’s a touch pool that is perfect, especially for curious children. Me, included! 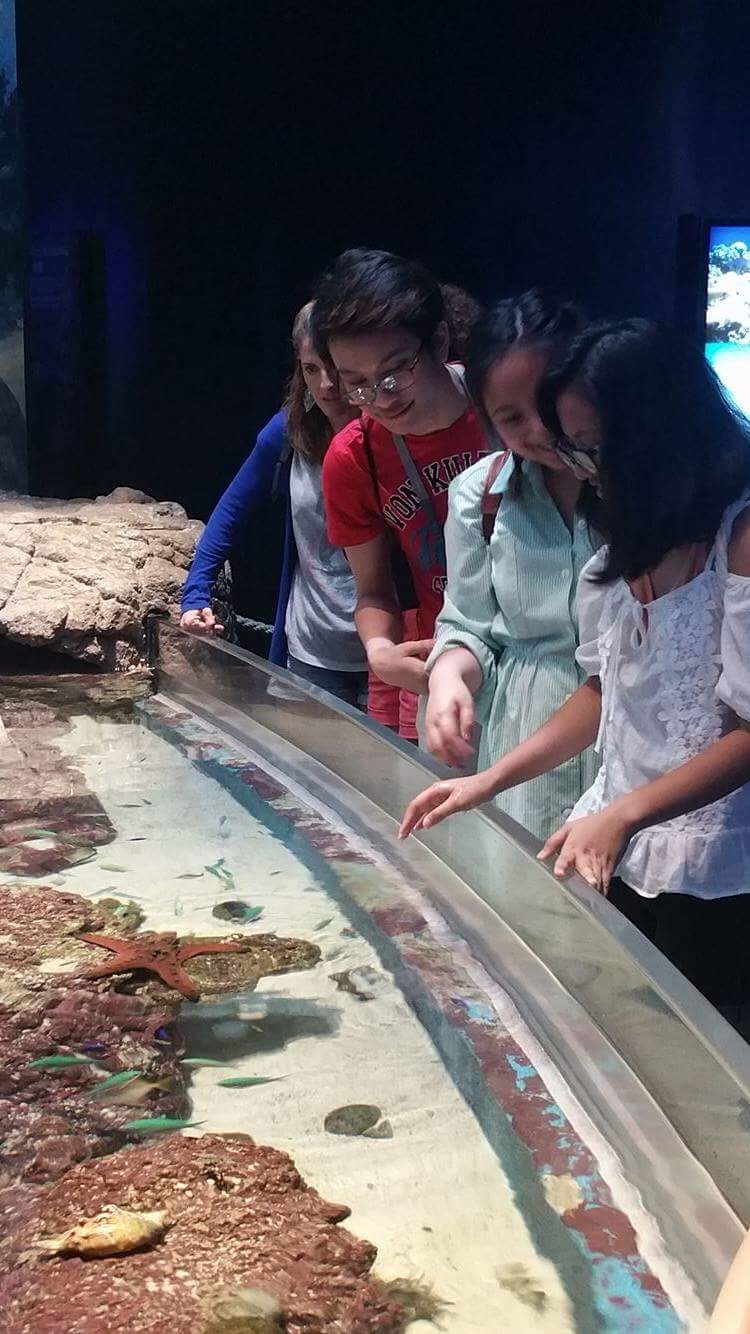 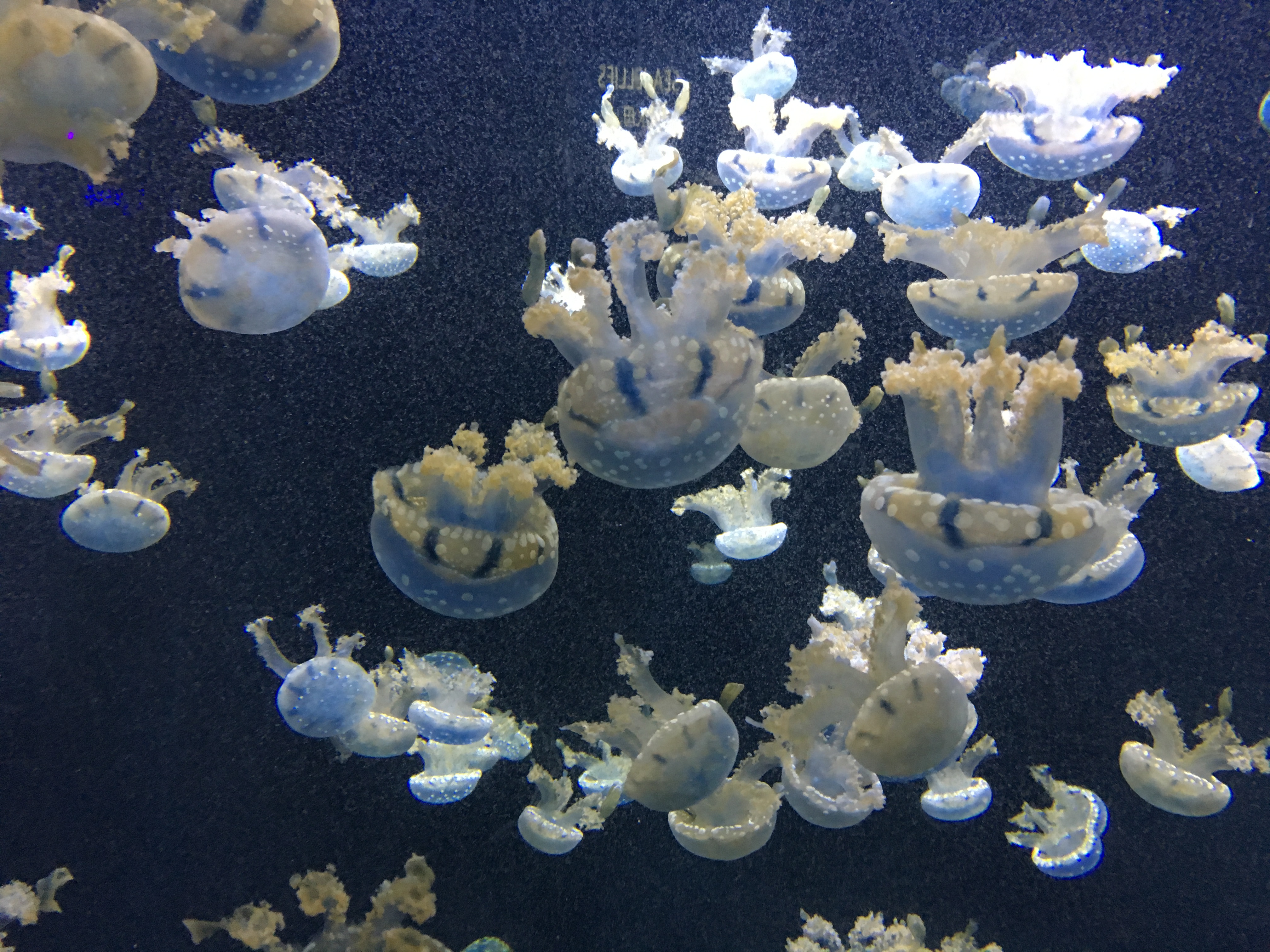 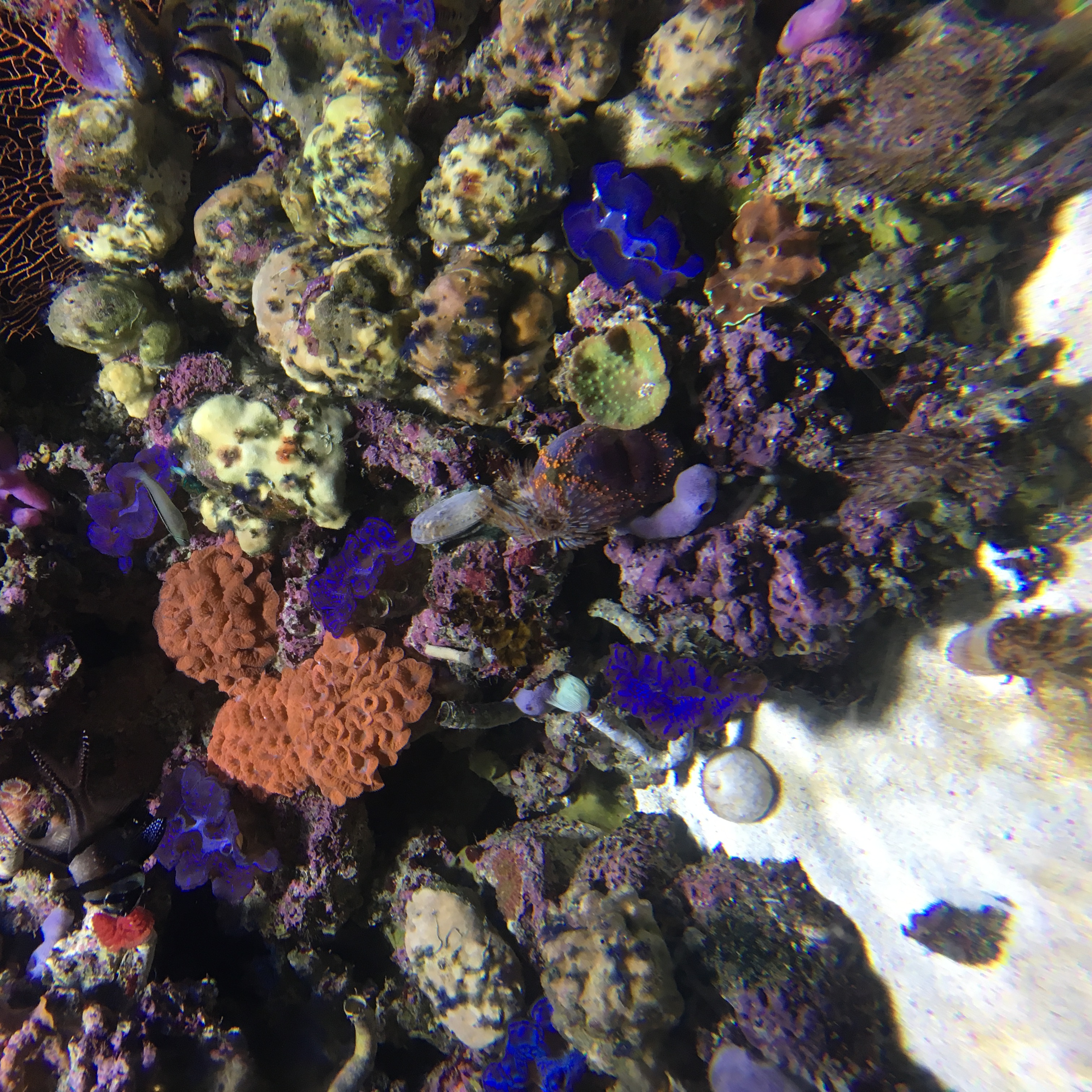 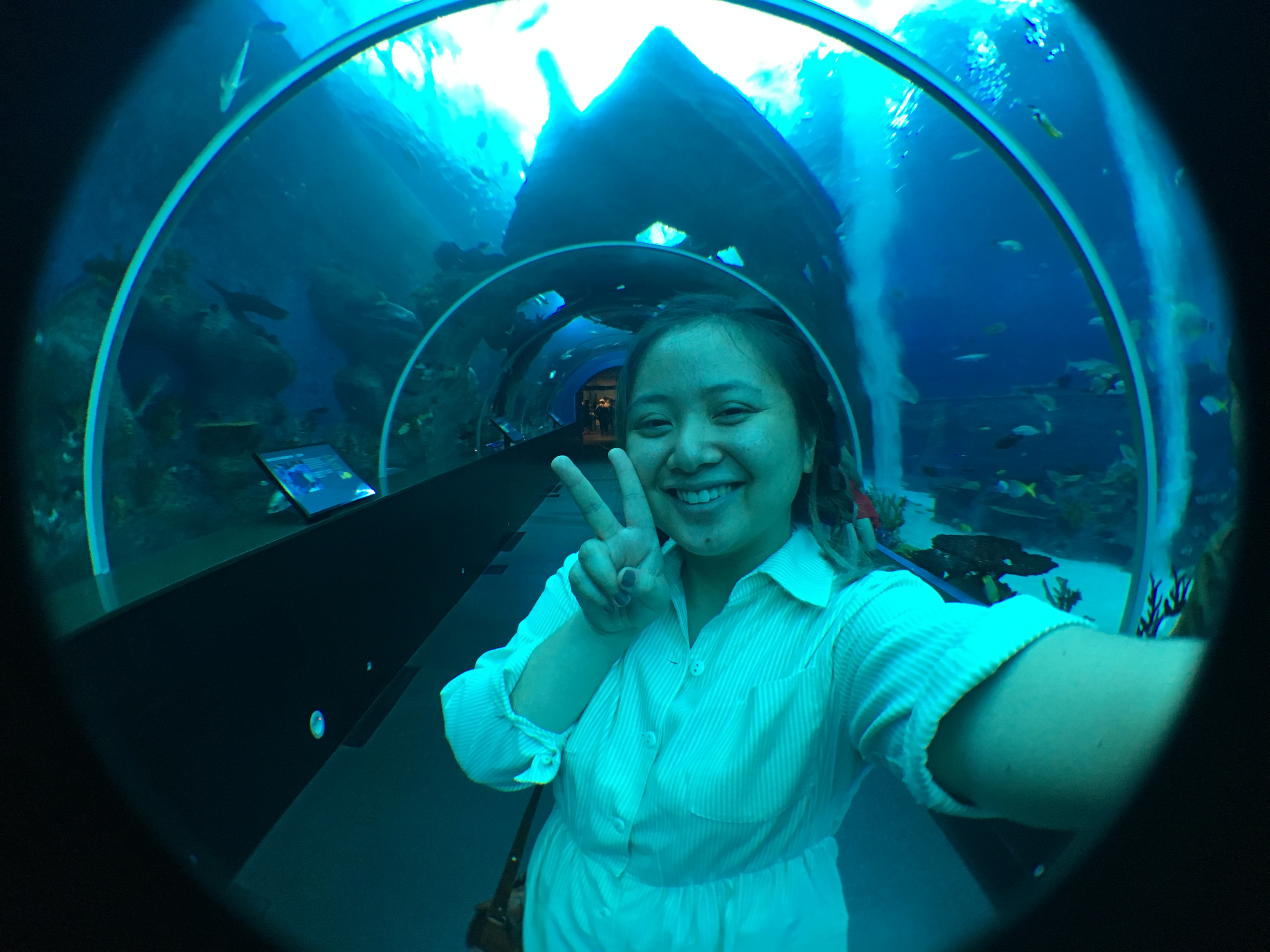 After spending the morning in the aquarium, we headed out to look for lunch. With so many multicultural restaurants in the area, we ended up in the Malaysian Food Street. It’s basically an air-conditioned hawker center filled with food stalls. 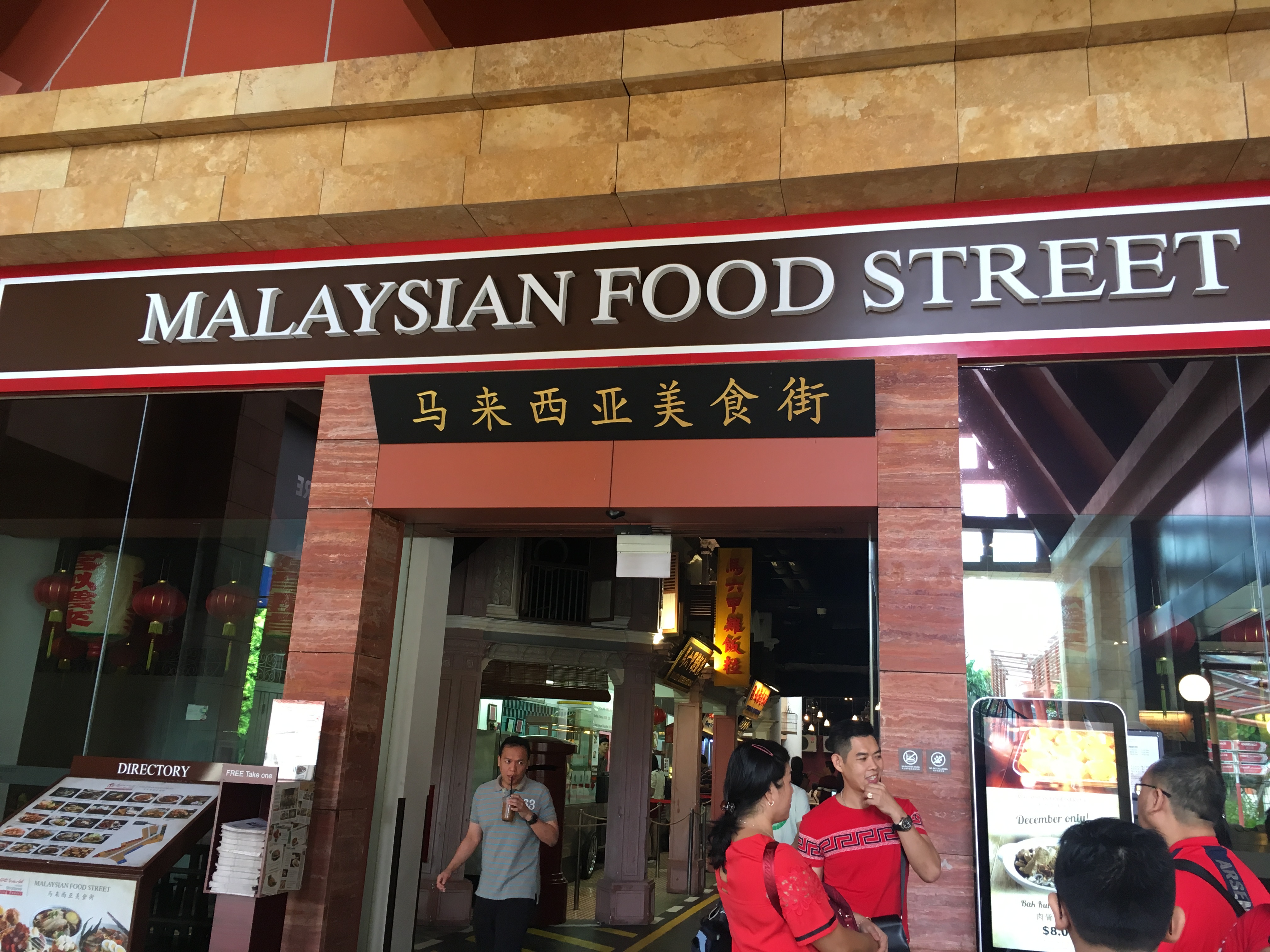 I’m not the biggest fan of spicy food.. and ended up with whatever this spicy dish is. I made the mistake of asking my dad if this was spicy and unfortunately believed his taste buds when he said that is is not. Rookie mistake asking for my dad’s advice on which meal to choose knowing that he enjoys spicy food. 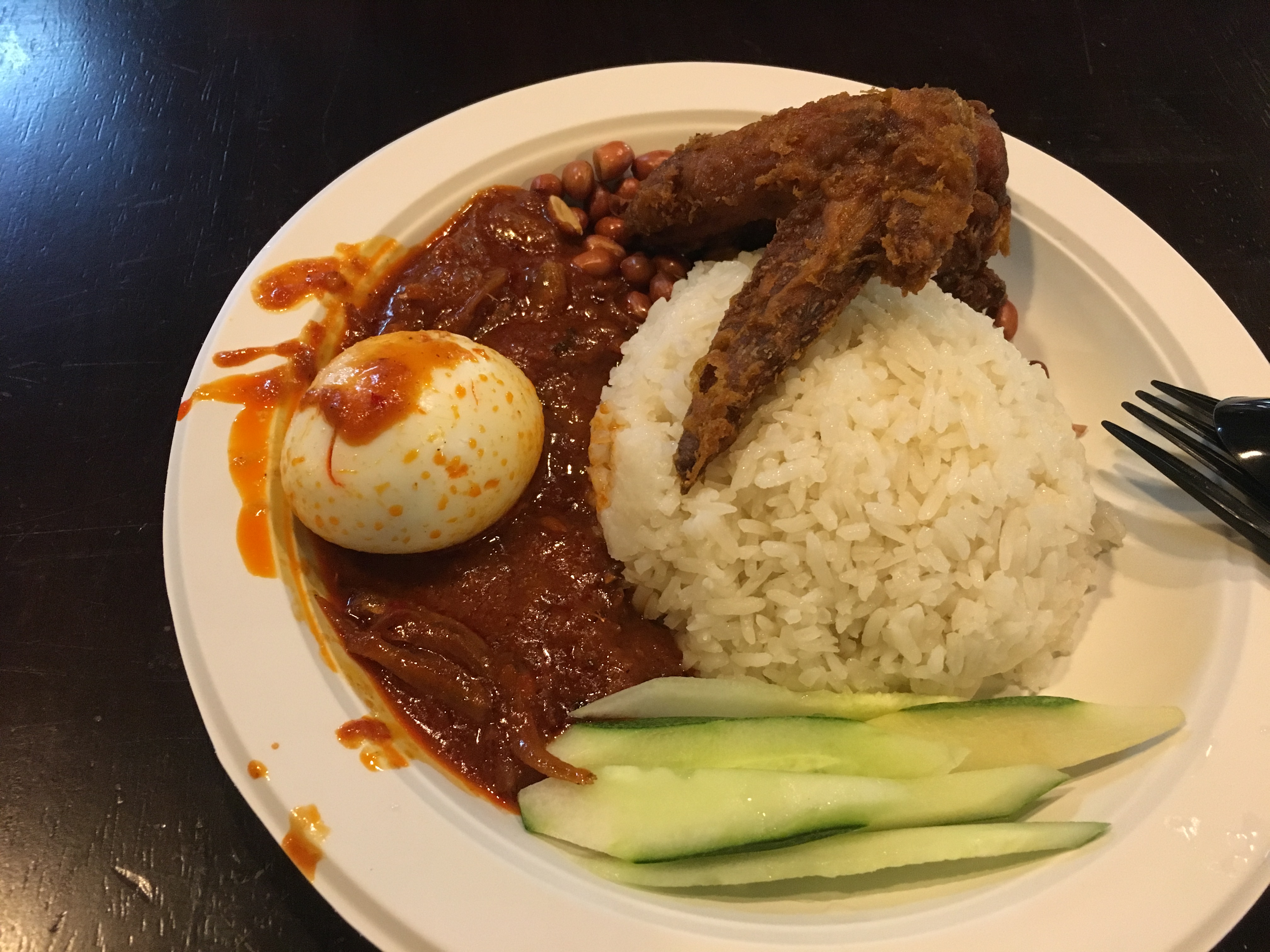 Our last stop is at Adventure Cove Waterpark. I don’t have any photos nor videos of the fun waterslides they have, nor the part where you can actually swim with the fishes since none of our cameras are waterproof. It still is a must try if you’re traveling with your family (or your friends). Pro tip: get a fast pass! We only found out about this when we were getting our things from our lockers. The queue to some of the rides took about an hour which gets pretty tiring too. 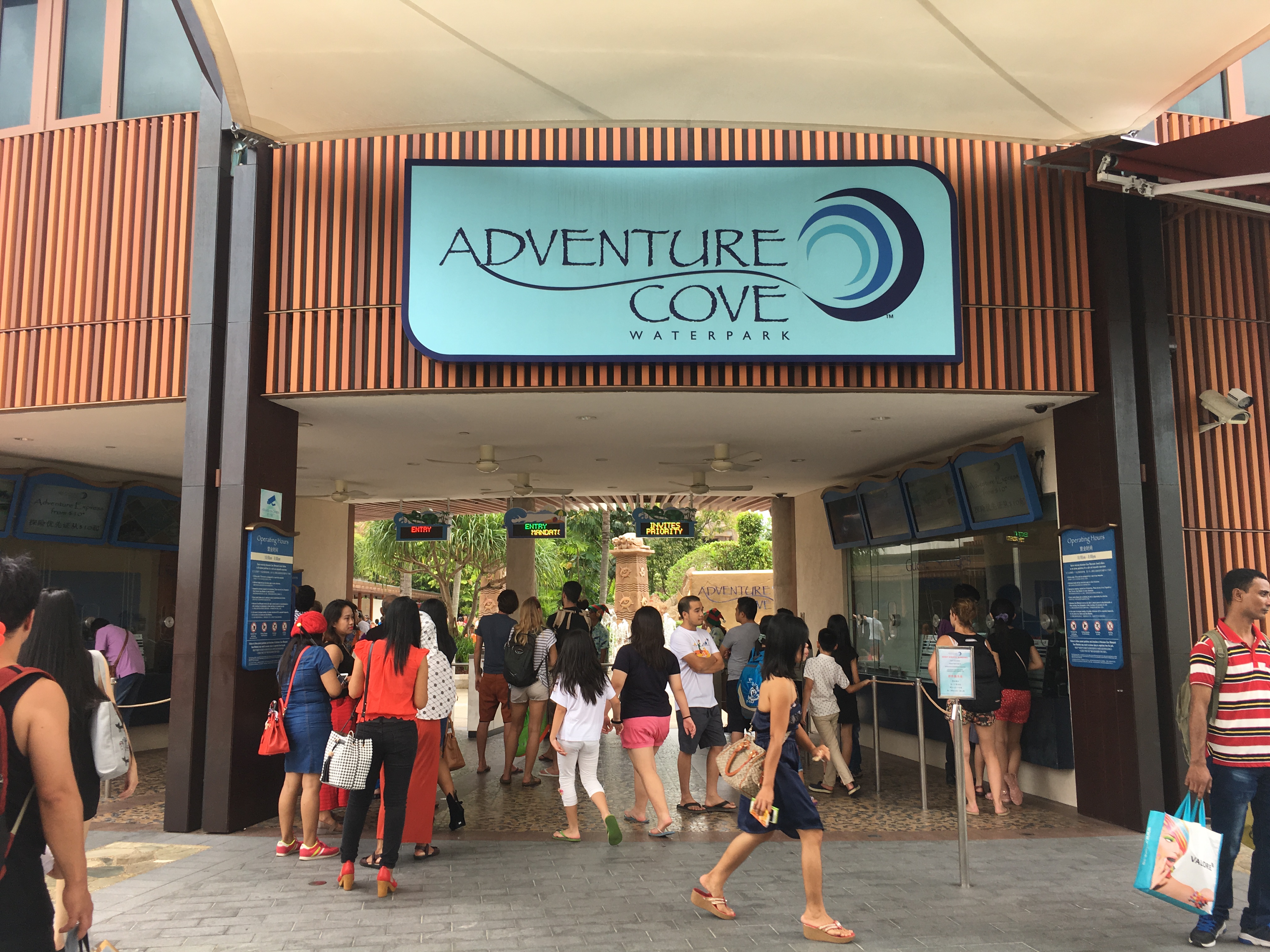 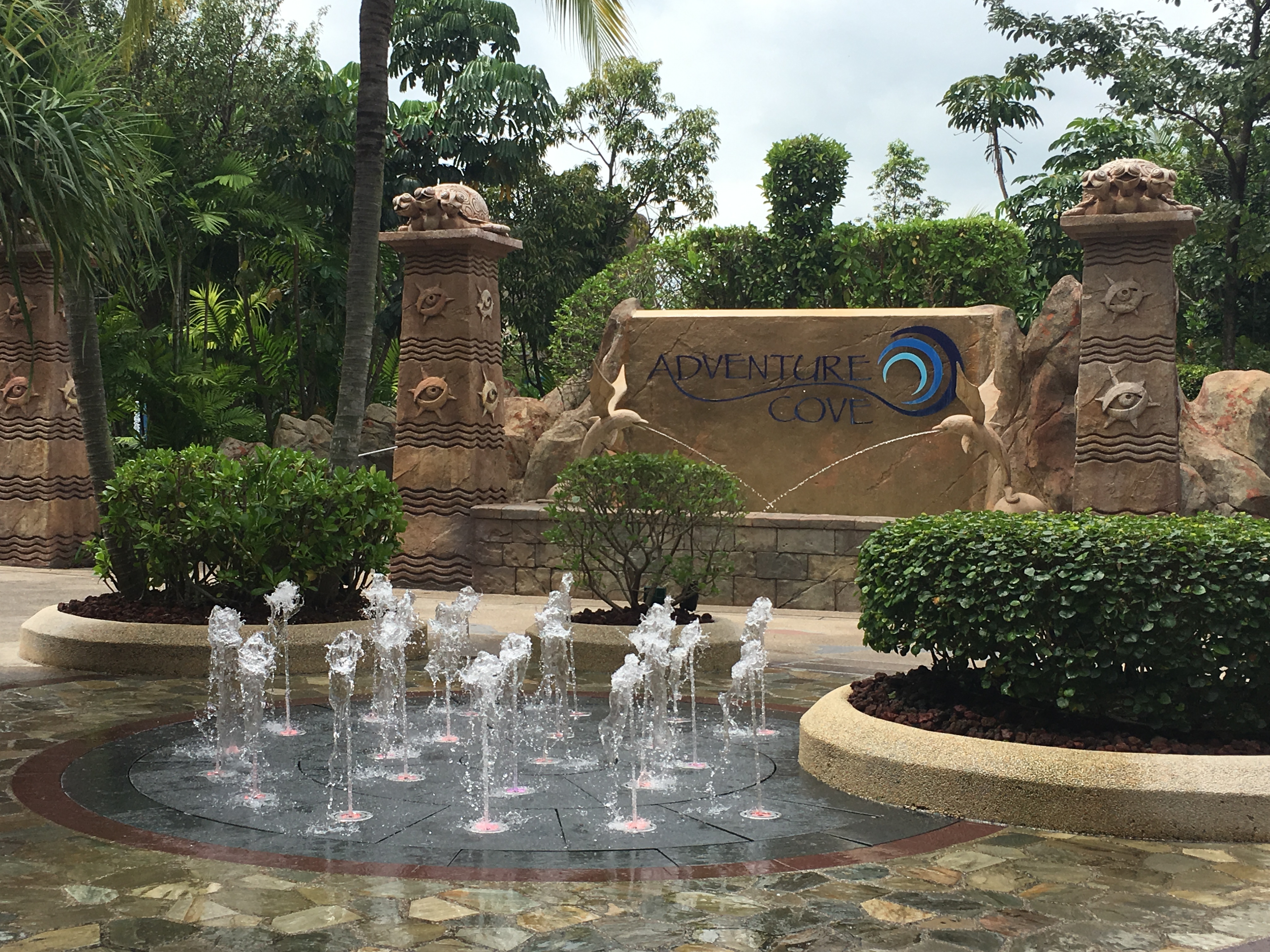 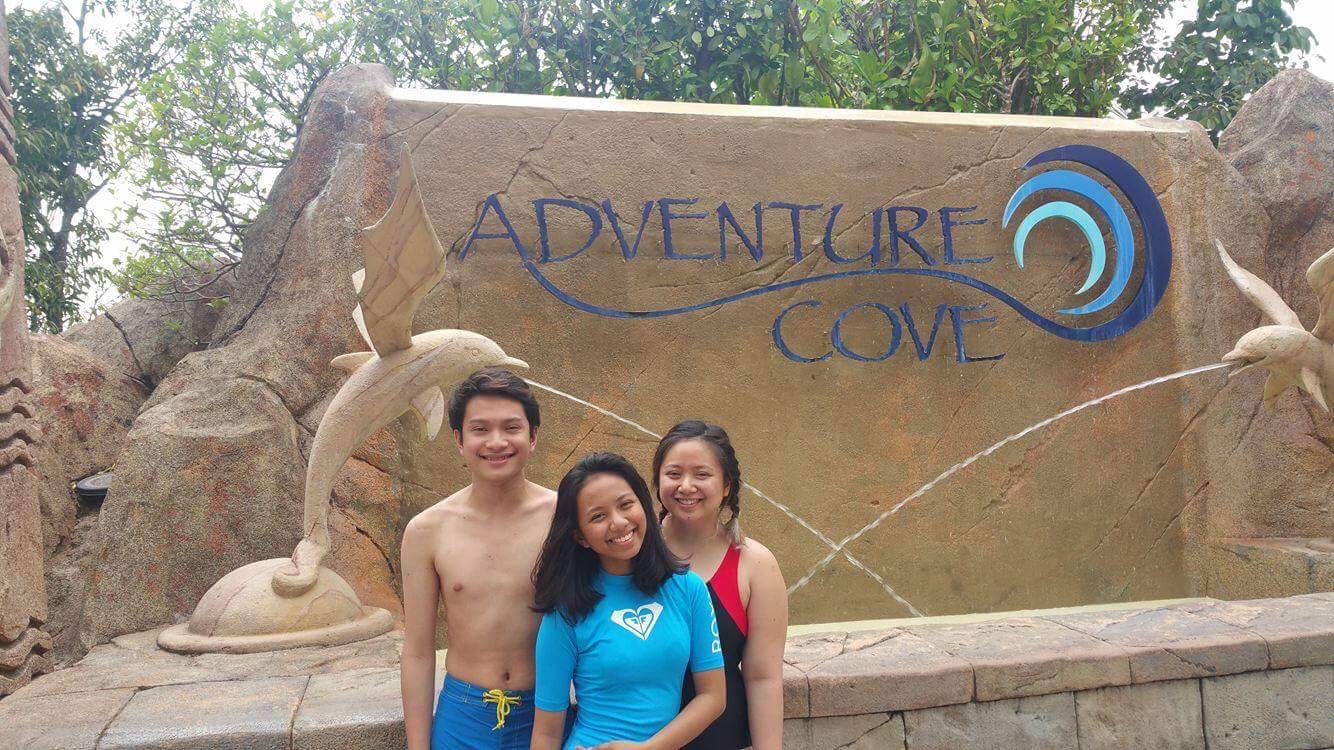 When we’ve had enough swimming done, we headed back to Yishun for dinner and to buy the laptop I wanted. The model was available but unfortunately, the color I was looking for was not. It’s already available here in the Philippines, but you would have to coordinate with the store of your choice to have it delivered from either another branch or their warehouse. And I didn’t want to wait. As it turns out, I would have to. Oh well. 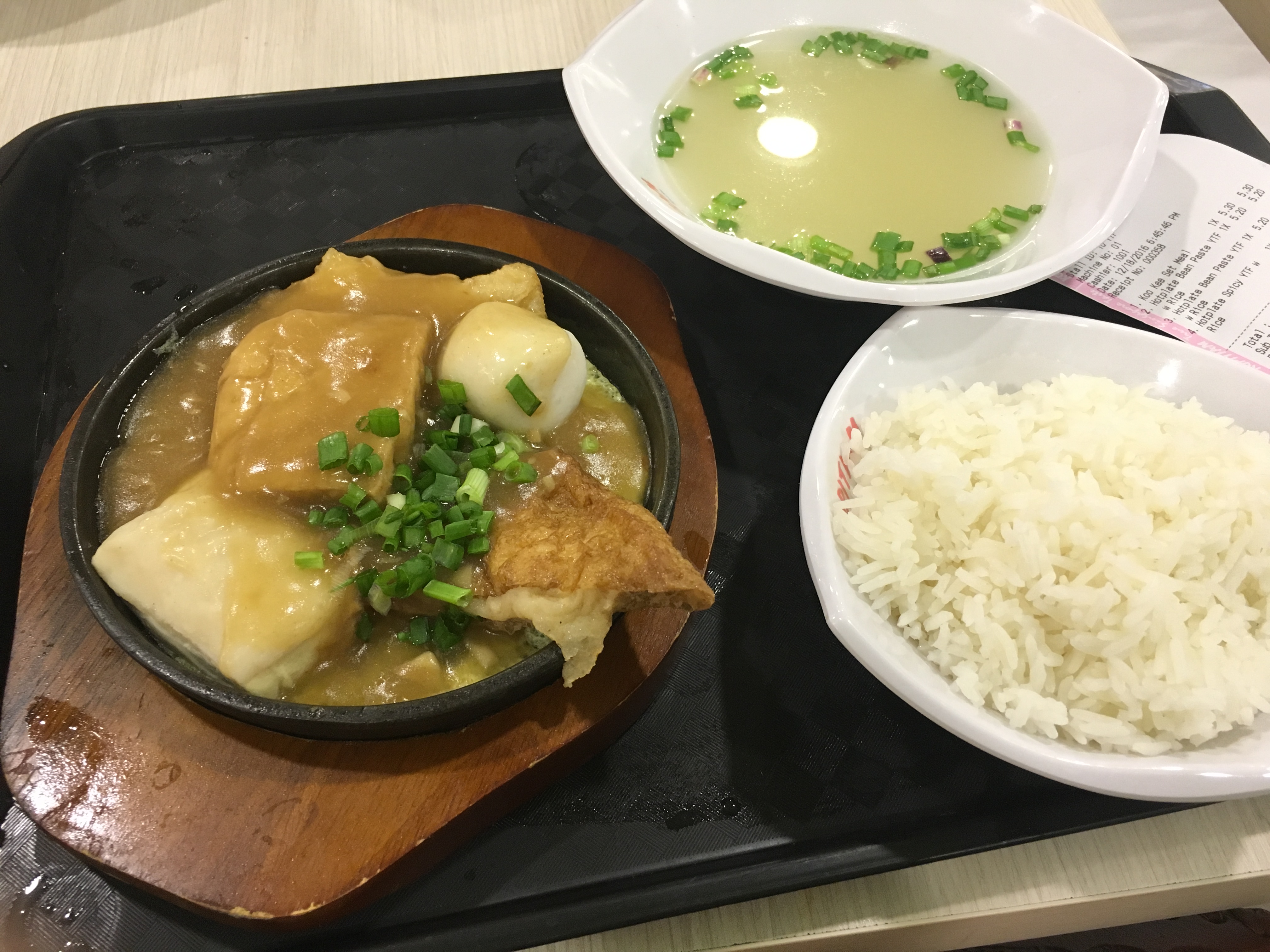 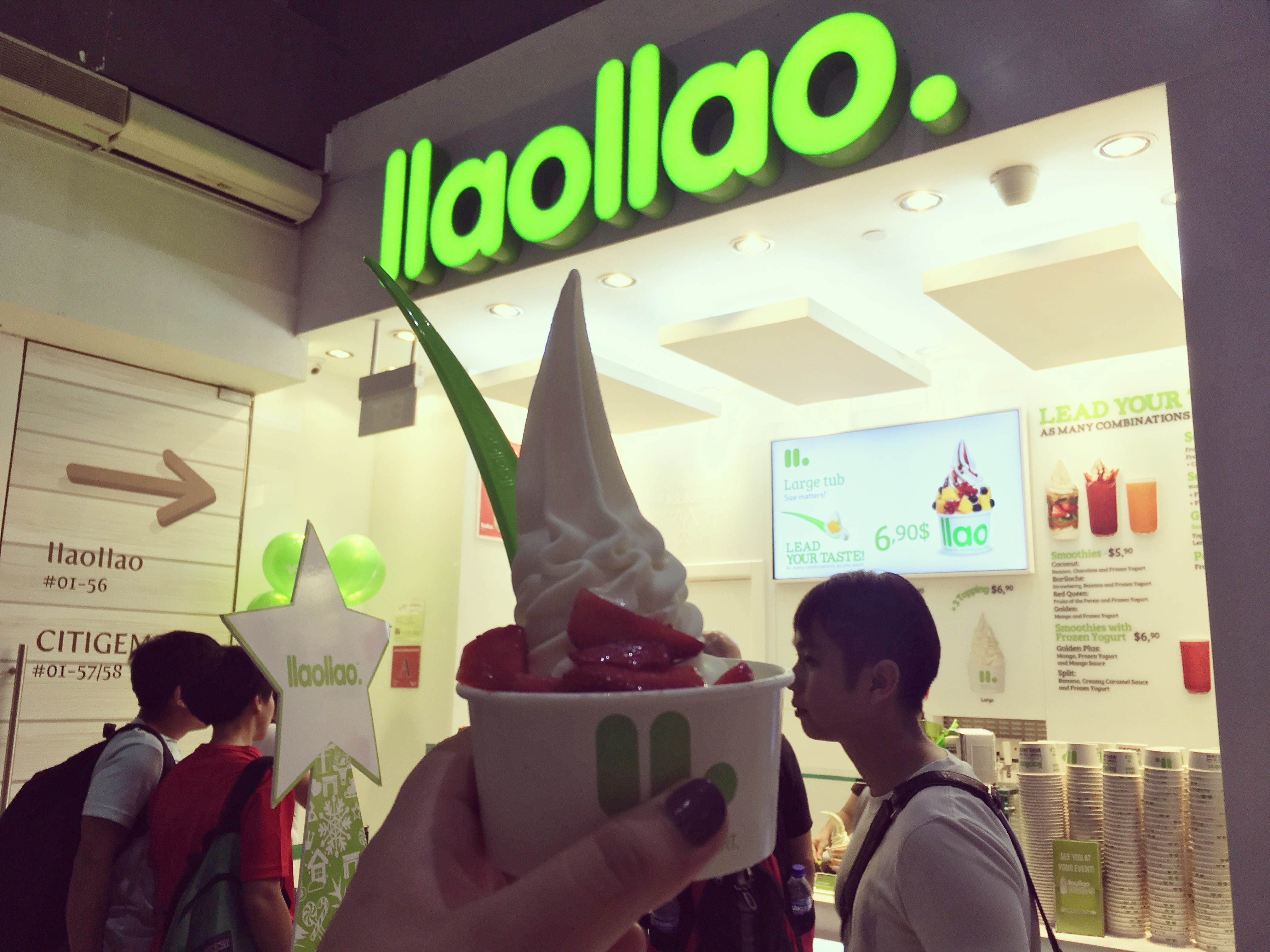 (I made a series of daily travel vlogs while I was in Singapore. Let me know if it’s something I should keep doing, or I should just stick with a short travel highlight!)