I don’t know whether to be happy or sad that this is my last #JapAnniversary post. I’m quite giddy since it’s been a while since I finished a series of posts in a relatively timely manner (that did not span months lol). However, I tend to use writing travel posts as a means to reminisce how much fun I had, and finishing it feels like going back to my uneventful everyday life. The bright side is I have an upcoming trip next weekend! I’m so excited about it even though it’s only for four days and I still have not gotten my visa yet [as of writing]. I pushed back the visa application to the last minute and as a result, my anxiety is threatening to bubble over from the moment I submitted the requirements. Back story: first attempt was a bust because I wasn’t feeling very well. I then contacted the agency nearest to where I live and I was told that their visa processing fee + handling fee is thrice the price of the actual visa fee (what!!!). So I made another attempt, only to realize that I had the wrong set of requirements halfway to Makati, as I had another batch of mostly the same documents addressed to another embassy in an identical clear plastic envelope. Pft. I suck. I’m hopeful that I’ll be getting good news on Monday. 🙂

I couldn’t be more grateful that my first actual visa application (non-work related) was a success, though. It got my feet walking the streets of Japan! We had another red-eye flight back to Manila, so C and I had the entire day to do our last minute shopping (I mostly bought food) and visit some sights that we missed. I had three photos in total for Day 6 and I’m including 2/3 of those photos in this post. Haha! It was weird that I got stared at more because I sported Kourt K on my lips, rather than when I was walking around with a gigantic red bow headband and tutu on (I barely even got a second glance). It says a lot about what they are used to seeing. I wanted to try out one of the Japanese beauty trends where they put blush on under your eyes because I saw tons of females with that look all over Tokyo.. but I have to stay true to who I am (ay wow!), and I’m a solid dark-lippie girl through and through. 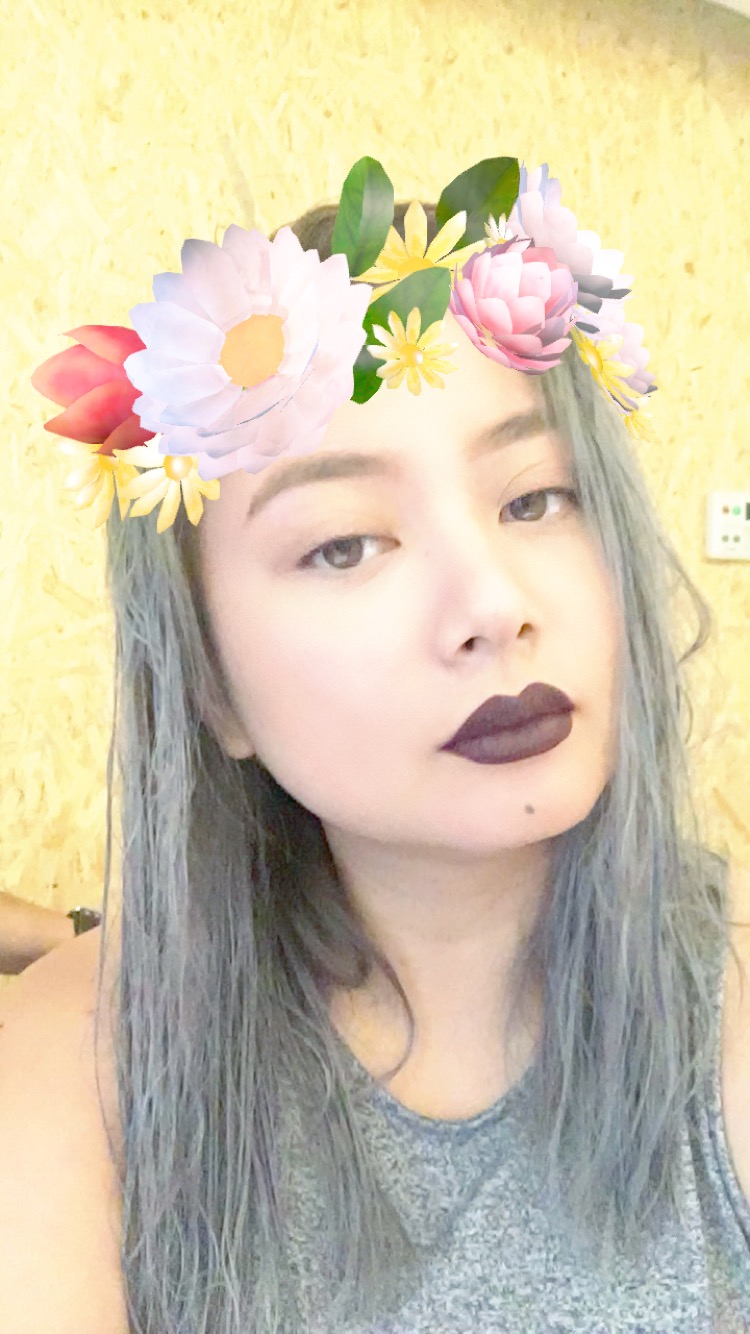 It rained the whole day and made it hard for us to whip out our phones to take pictures. I did take a quick snap of the Hachiko statue that I dragged C to. I remember crying when I watched the movie, and this is actually always listed as one of the top things to do in Tokyo. 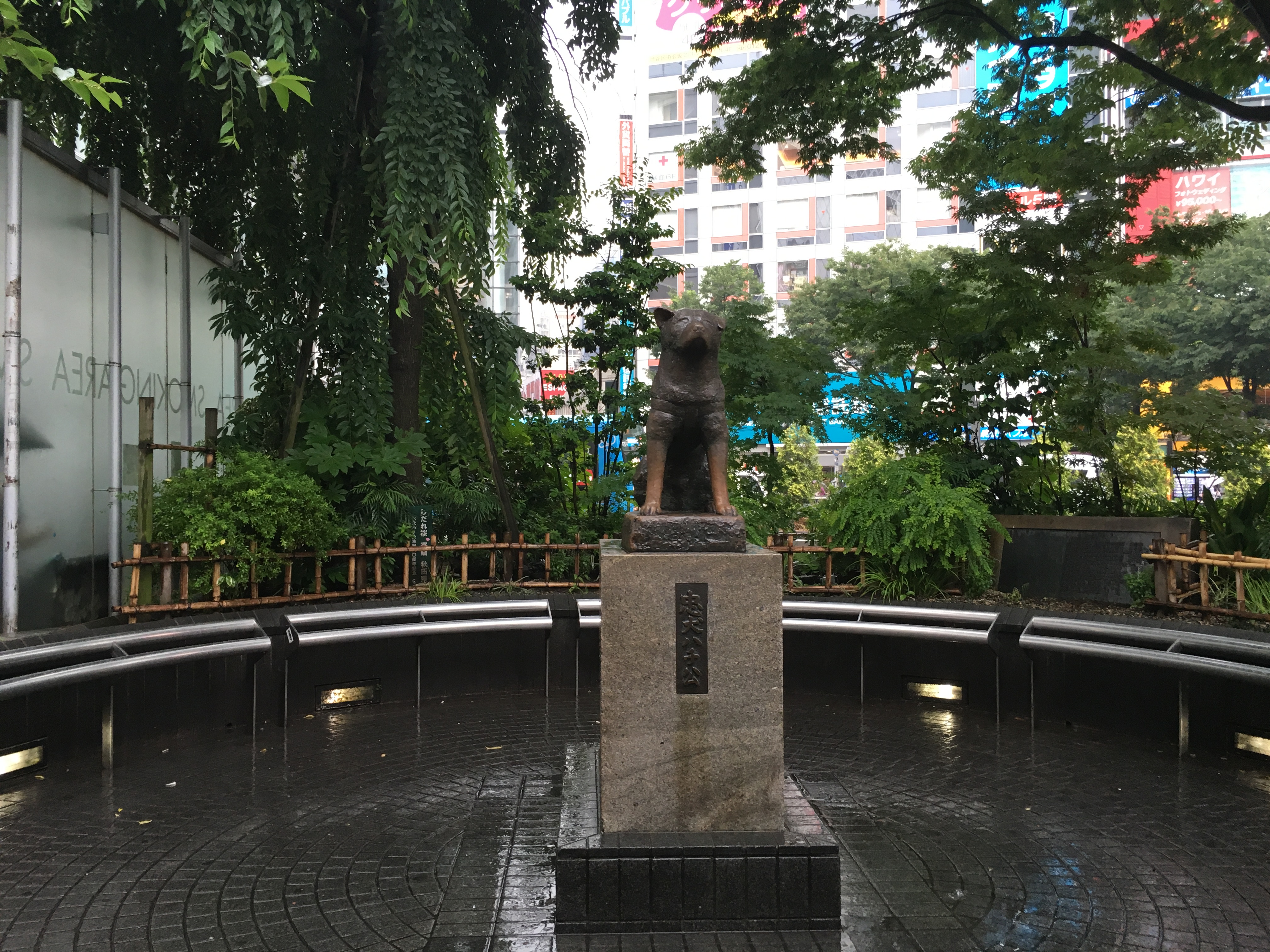 After paying homage to the famed statue, C and I once again got into something petty and spent a few hours fuming. He wanted to go back early to the apartment to rest, while I wanted to hunt down the Snow Dome Museum where you can create your own snow globes. One thing you should know about me is that I am not big on shopping while traveling, but I do buy a souvenir snow globe for every time I go out of the country. This started when I went on my first trip with my own hard earned money, and I plan on having a glass display case in my future home abundant with snow globes. 🙂 I’m a stubborn person by nature, and didn’t want to budge, so C begrudgingly went with me to the Setagaya Craft School. The school itself is not located near the train station, and three blocks later of walking in the rain, I almost wanted to wave my white flag. I was still seething because I nearly didn’t get my way (stubborn, I tell you) that I decided to let my pride get the best of me. I did end up apologizing first in the end when we got there and I found out that it’s crazy expensive to make your own snow globe (mine was the smallest size with a cherry blossom tree inside). We got back to the apartment on time, had lunch, and double-checked our things before leaving for the airport. C could only shake his head when we got there and found bigger snow globes that are way cheaper than what I paid for. Haha!

To end this series, here’s part 2 of our Tokyo vlog! 🙂 I really think I can do this vlogging thing whenever I’m traveling. It looks like a fun way to document future adventures. What do you think? Let me know in the comments below. 🙂