Our anniversary fell on Day 4 of our Japan escapade, and to celebrate the occasion, we slept in (C’s idea of course) and woke up around noon. If our tummies weren’t rumbling so much, we would have stayed in bed longer. We have passed by this place so many times (only because it is located on the same street as Kitchen Origin) and we decided to try it out.. for a change. 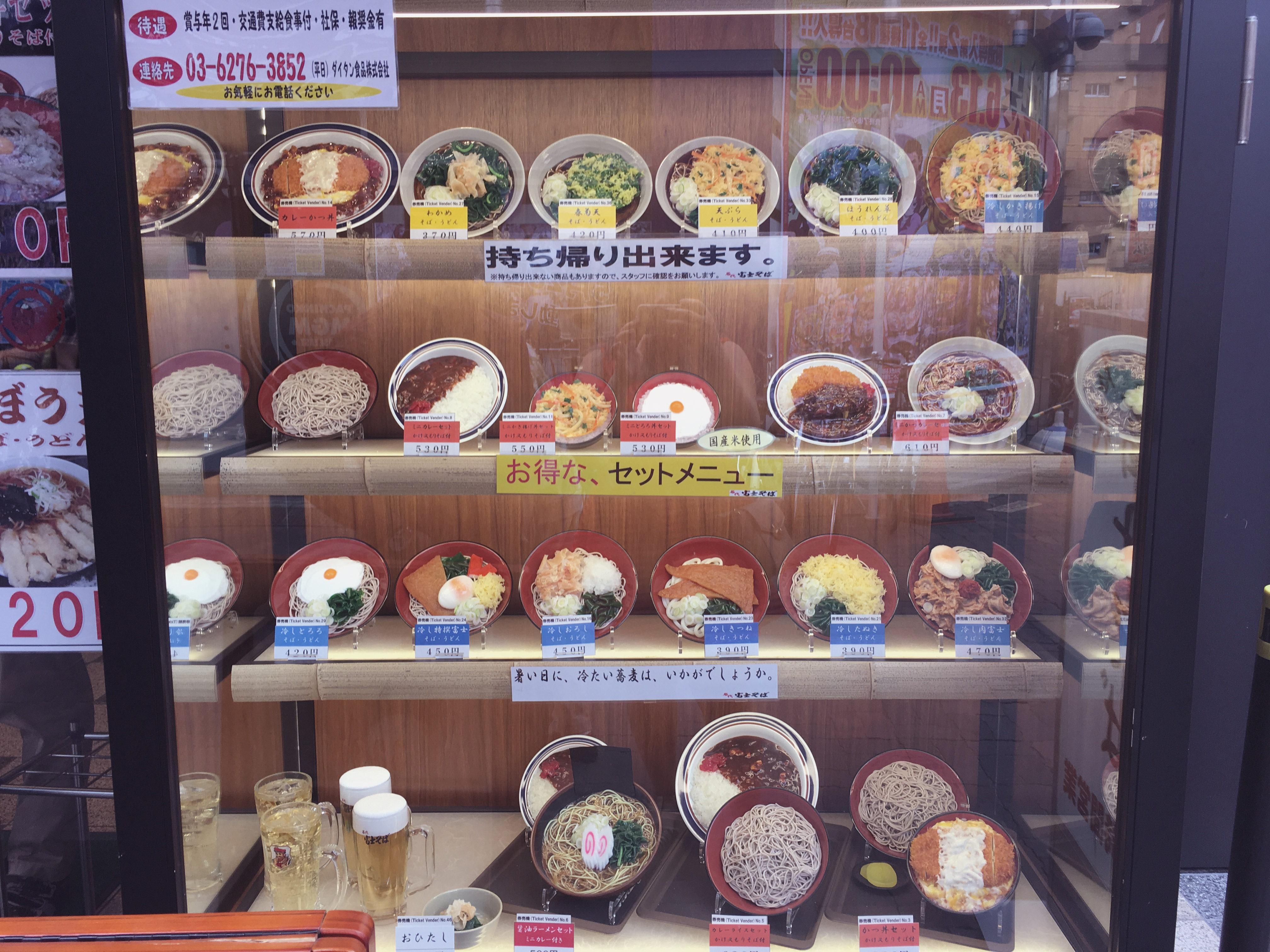 This restaurant (?) was so interesting because only two people were manning it. You select your order/s in the vending machine, pay for it, and the machine prints out a receipt that you hand to one of the staff. They will call out your order once it’s ready and the rest is self-service. You can get your own water and there’s even a rug on the table so you can wipe off any spills you made. This place is so efficient! C and I both ordered Japanese curry. I’m not a big fan of curry, but it tasted okay for me. However, my picky eater of a boyfriend liked it which was surprising in itself. So far, so good with regards to our anniversary date. 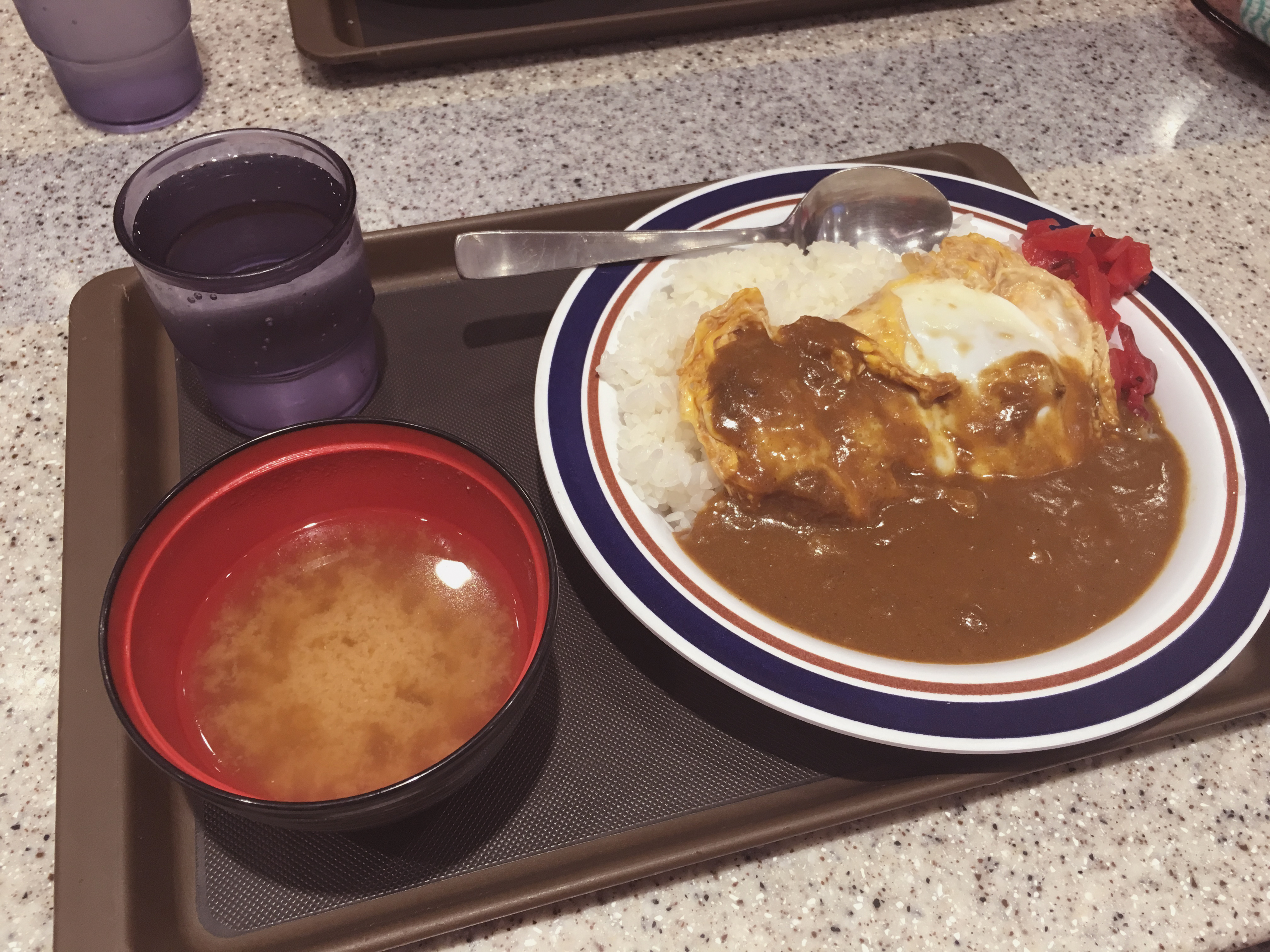 C isn’t fond of packed itineraries. He likes to relax and take his sweet time while on vacation, and to compromise, I based off our anniversary date with this infographics I found online. Ha!

Take a photo at the iconic Takeshita Dori banner – done! We went on a Sunday afternoon because a lot of travel posts say that it’s the ‘ideal’ time to go. Ideal, my ass. The place was packed with tourists. We went back on a Tuesday, and it was frankly a much better experience. I don’t like big crowds, okay. 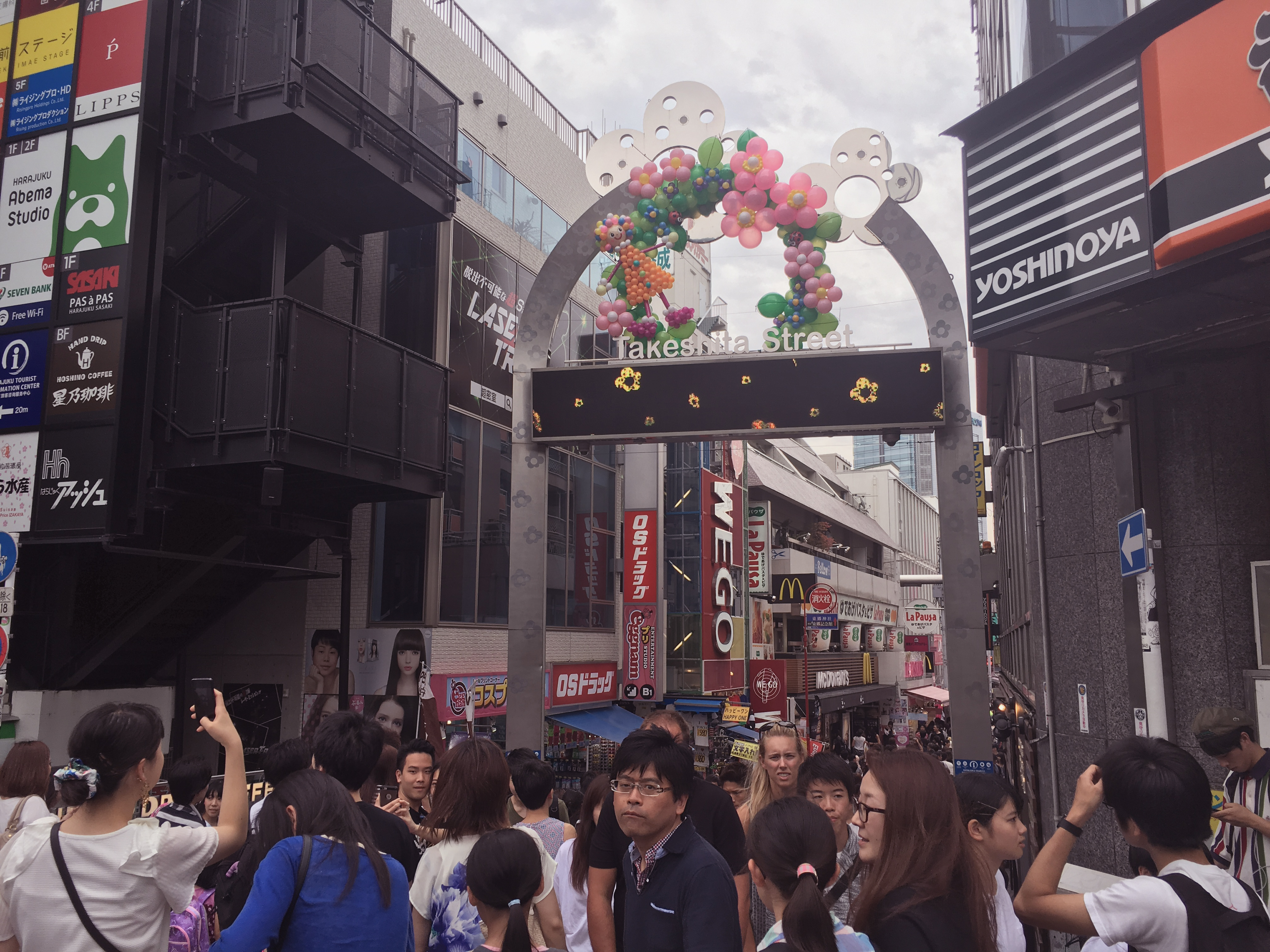 Take purikura neoprint photos – done! C was so annoyed when he saw his photos and he looked like a girl. It also took some time to figure out how to operate the purikura machines. There’s also TOO MANY to choose from, and too many girls hovering over the machines. It’s crazy. 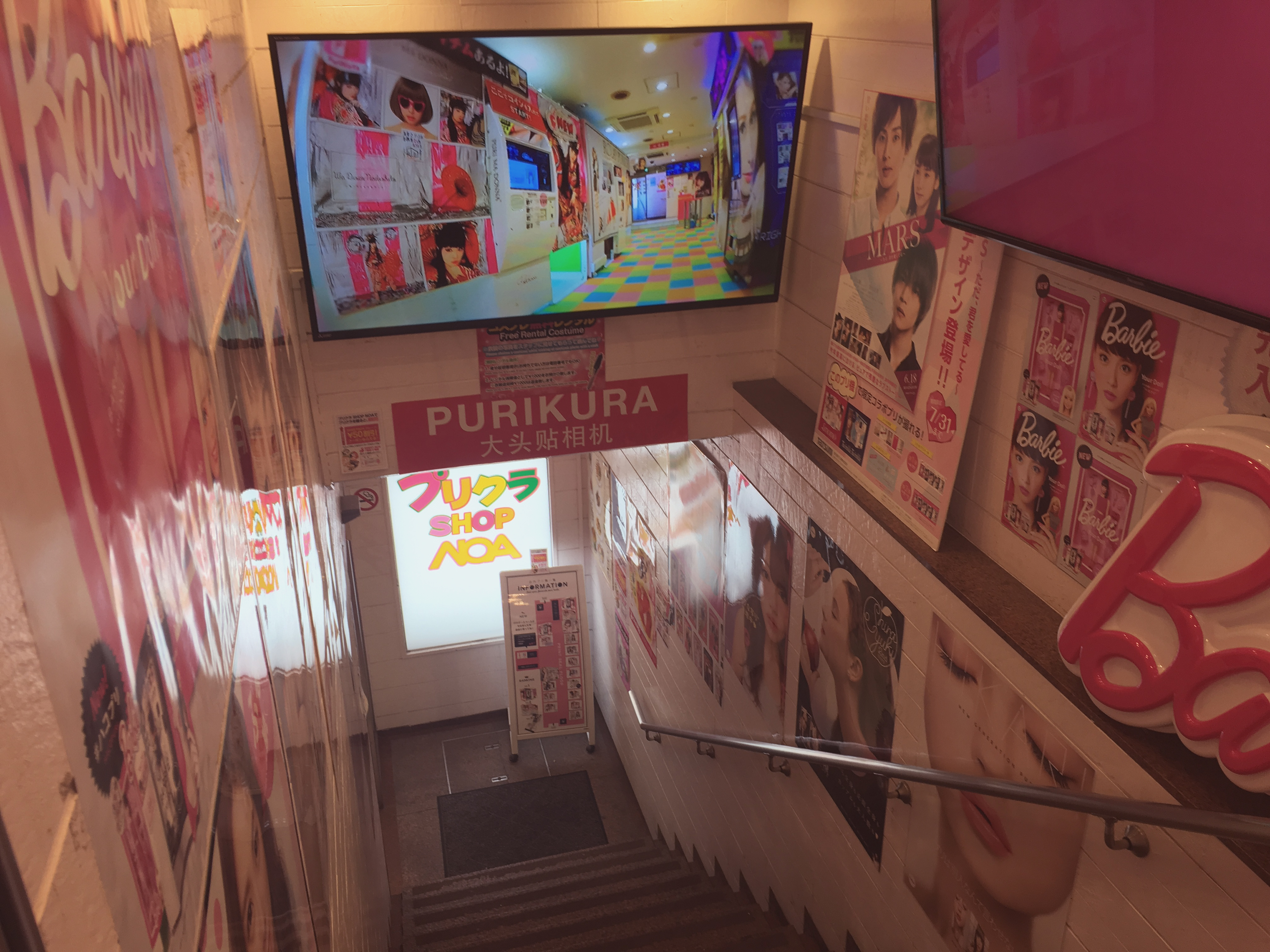 Shop shop shop at Takeshita Dori – partially done? We went inside this store because I spotted this Choco Choco sign from outside. C was complaining that there was too much pink but bought me a phone case when I couldn’t pick one to splurge on lol. 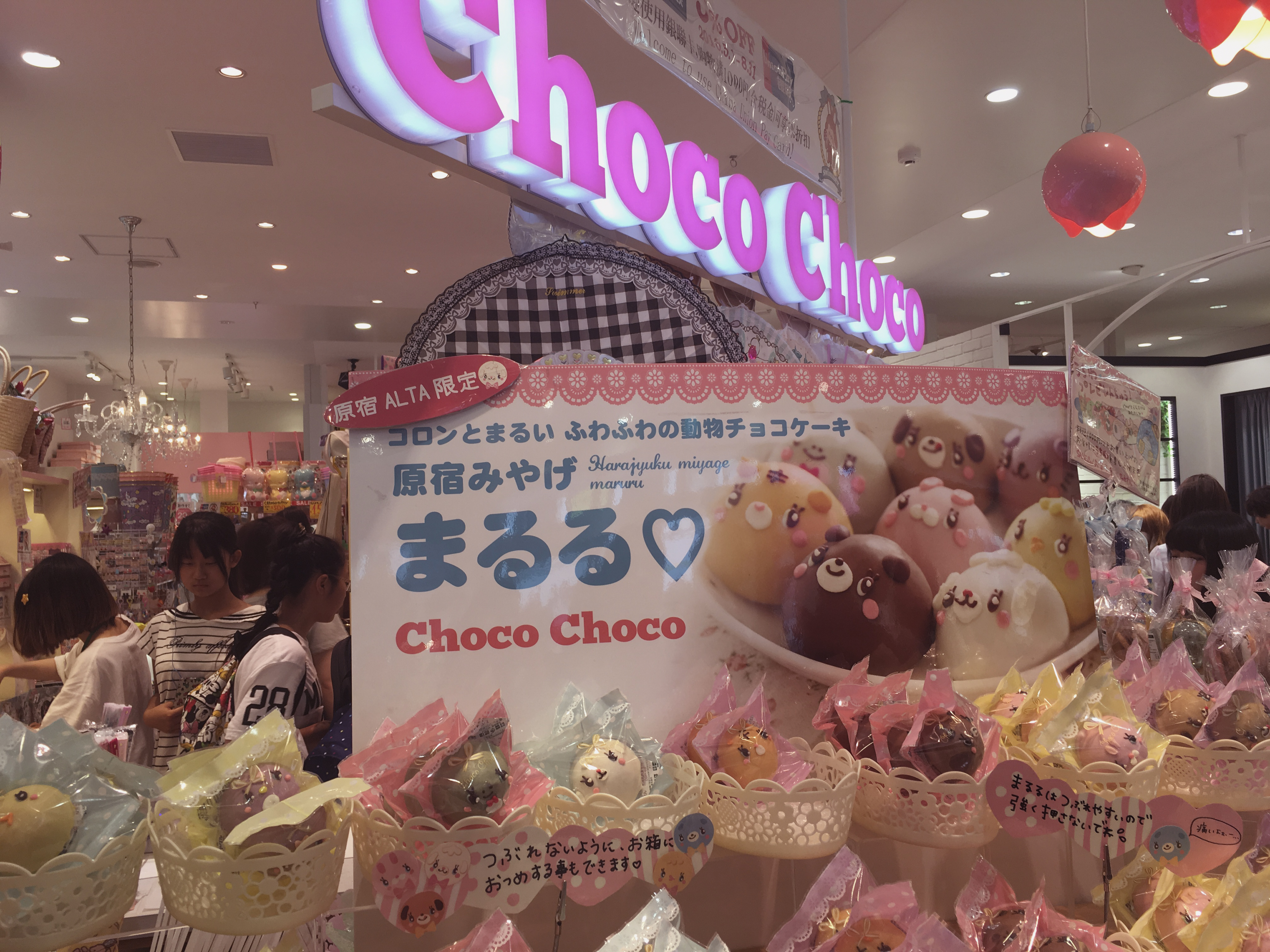 The great news is that the Choco Choco stall actually sells chocolate. Yes, everything is edible! It looks too cute to eat so I didn’t buy any because how in hell will I be able to take a bite out of those. 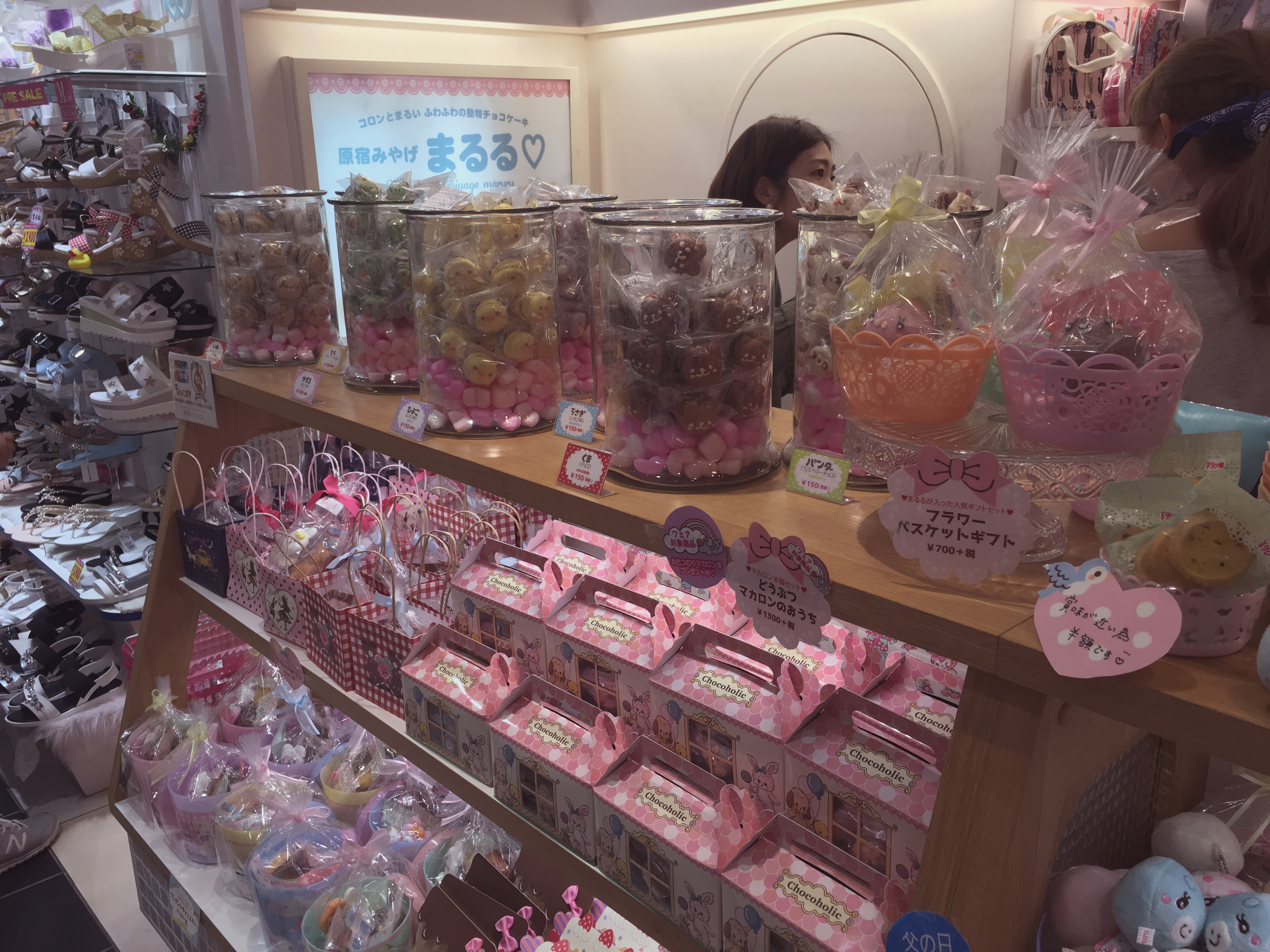 Eat crepes – YES YES YES. C loved this item because he has a soft spot for crepes (we even ate crepes in Boracay – okay, linking to that post is making me sad that I was way thinner then haha). 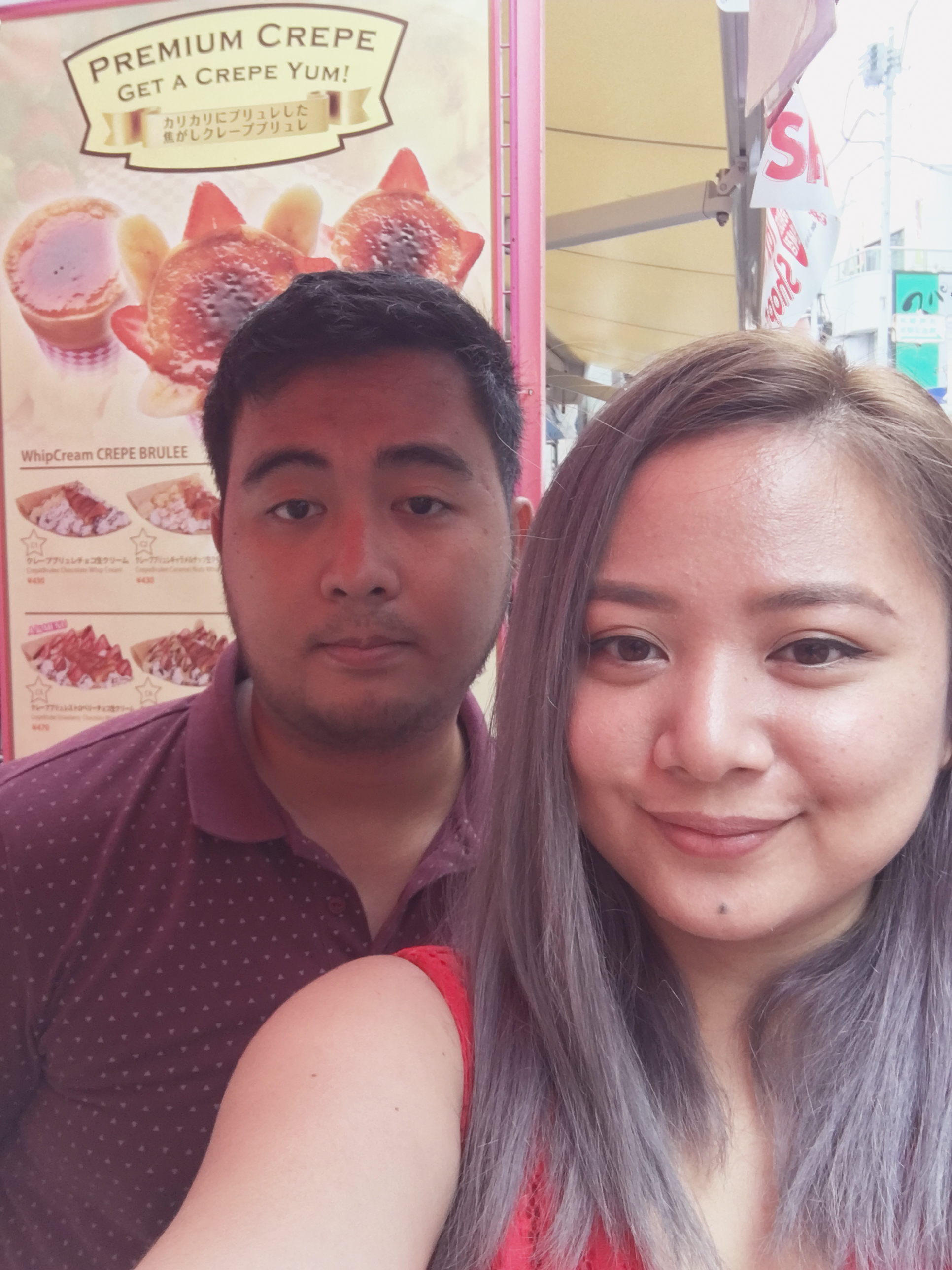 The display was enough to hook C in. I wish this place was closer to the apartment so we could try everything! 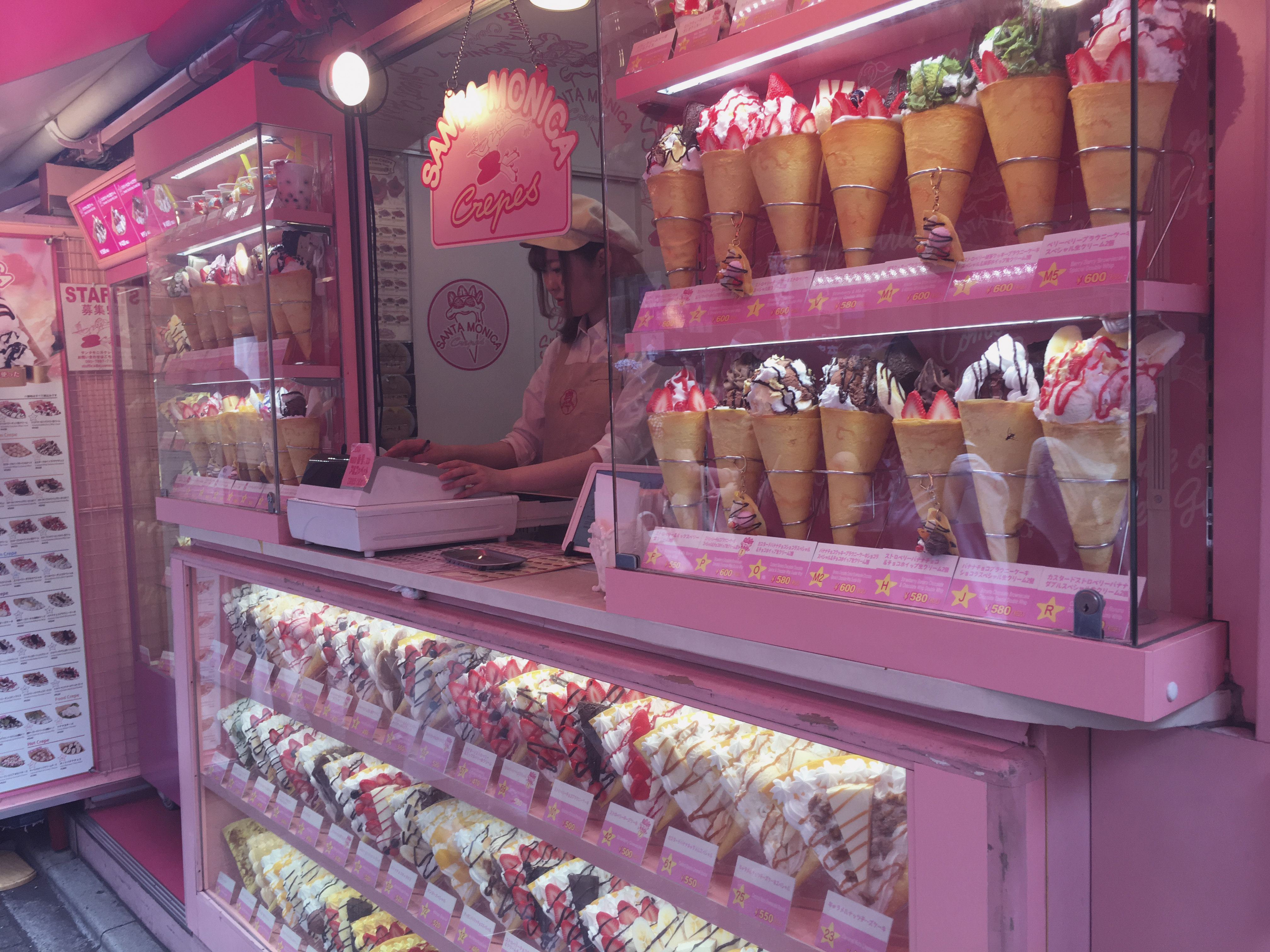 The savory crepes were not exact replicas of the display but the sweet ones (which C ordered) are more similar. 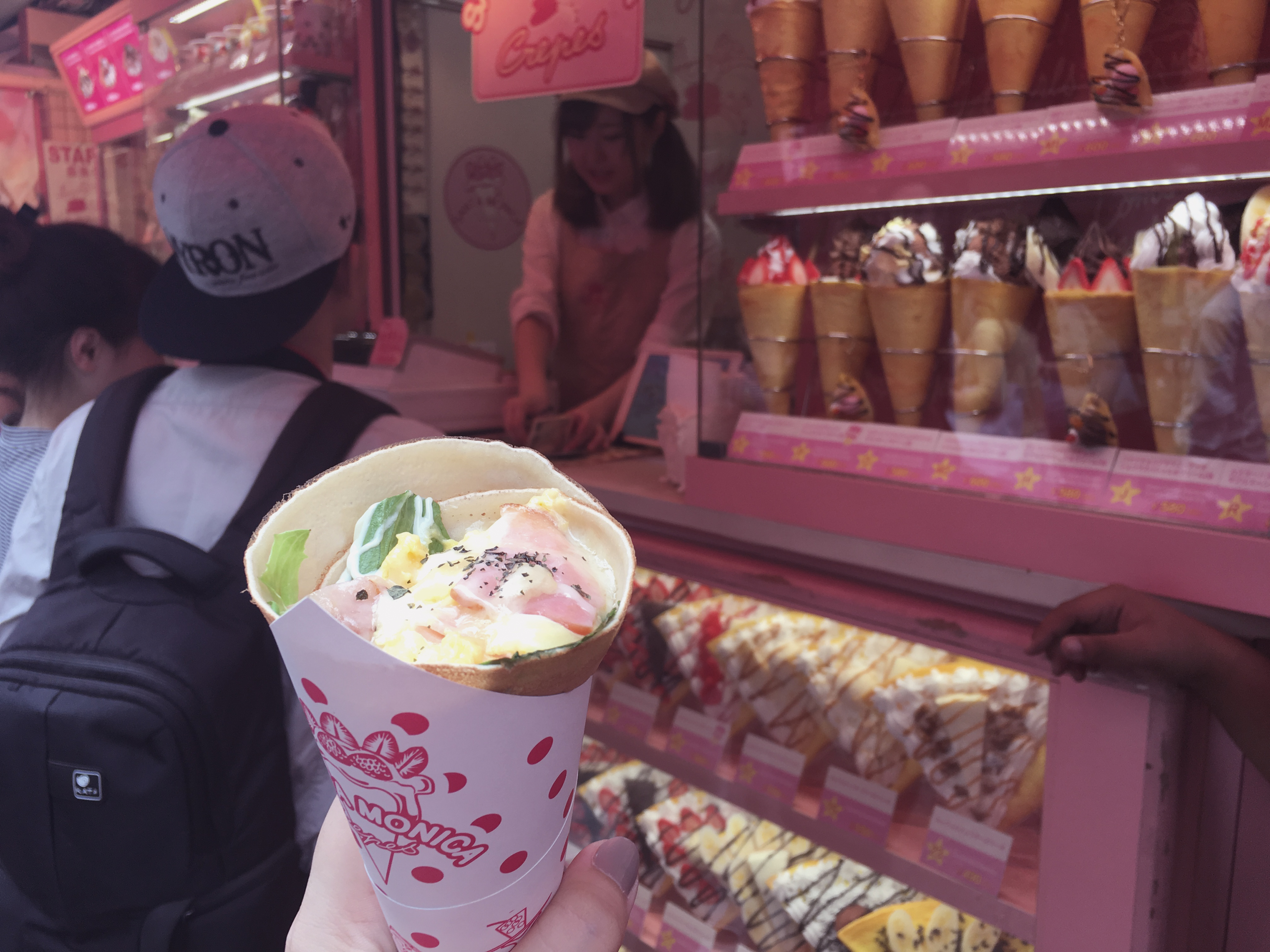 At the opposite end of Takeshita Dori, we crossed the street to visit the actual Harajuku Street. Weirdly enough, it wasn’t as crowded as Takeshita Dori. The crowd was so much better, although the stores we went into had more pricey picks. C saw this really nice bag that cost 40,000+ YEN. Yikes. 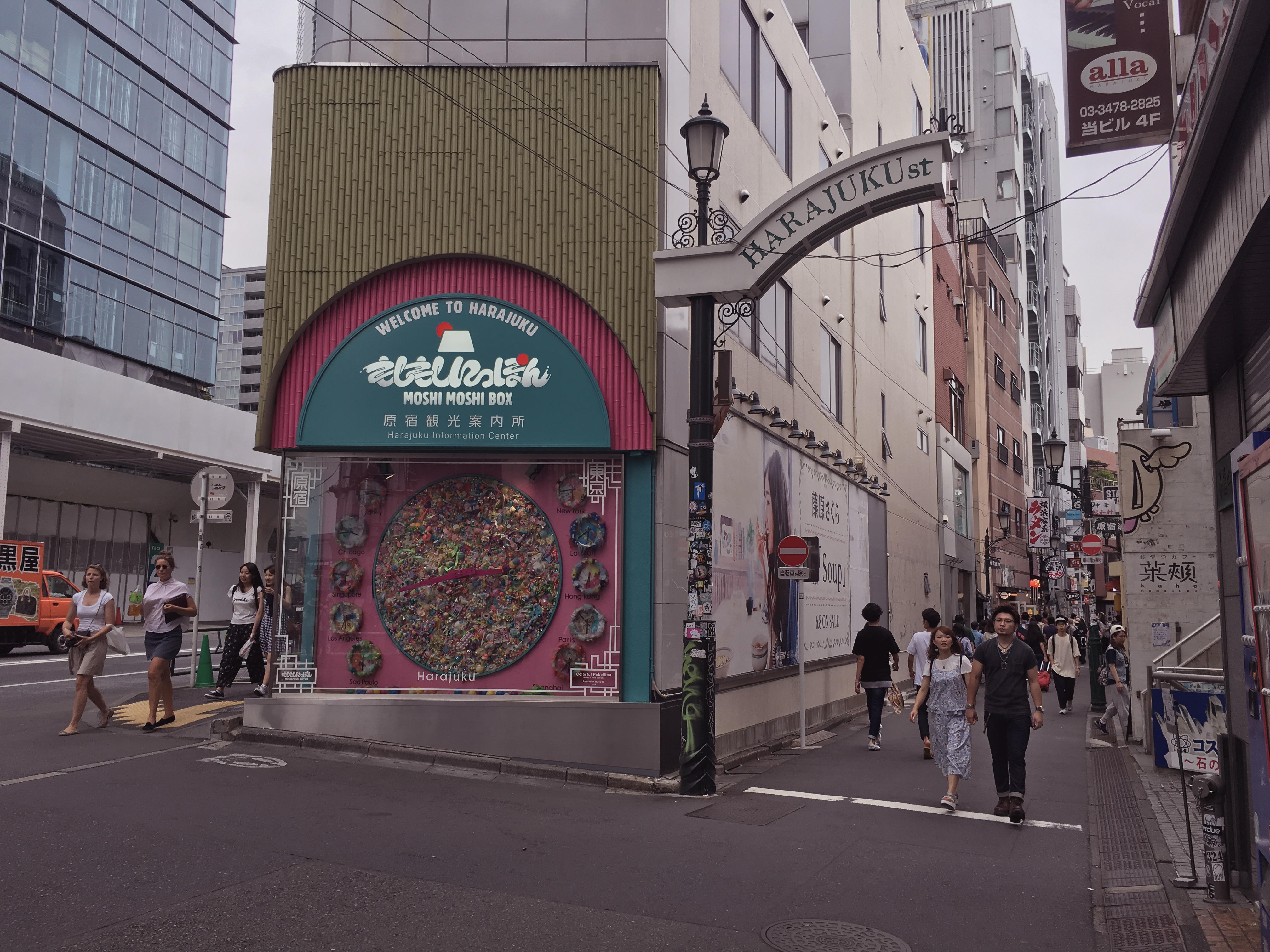 I read that we could find Sailor Moon cosmetics in Kiddy Land and that cemented our next stop for us. On our way to Kiddy Land, we accidentally stumbled into 6% Dokidoki, crossing it off our list. It was so BRIGHT inside, it is possible to give anyone a headache. We didn’t stay for long and continued on our way. C was on Google Maps duty and was checking if we were on the right track when this girl approached us, showed a copy of the magazine where she worked, and asked if she could ask a question for the magazine. C immediately denied her, while I simultaneously said ‘okay’. Haha! It turns out the question was an entire questionnaire. She also had to clarify my English answers and translate it to Japanese. C was laughing in the background as I used Google Translate and exaggerated body language to give out explanations. After the interview(?), they asked to take a couple photos of me around the area. This obviously provided my boyfriend entertainment for the rest of the day. 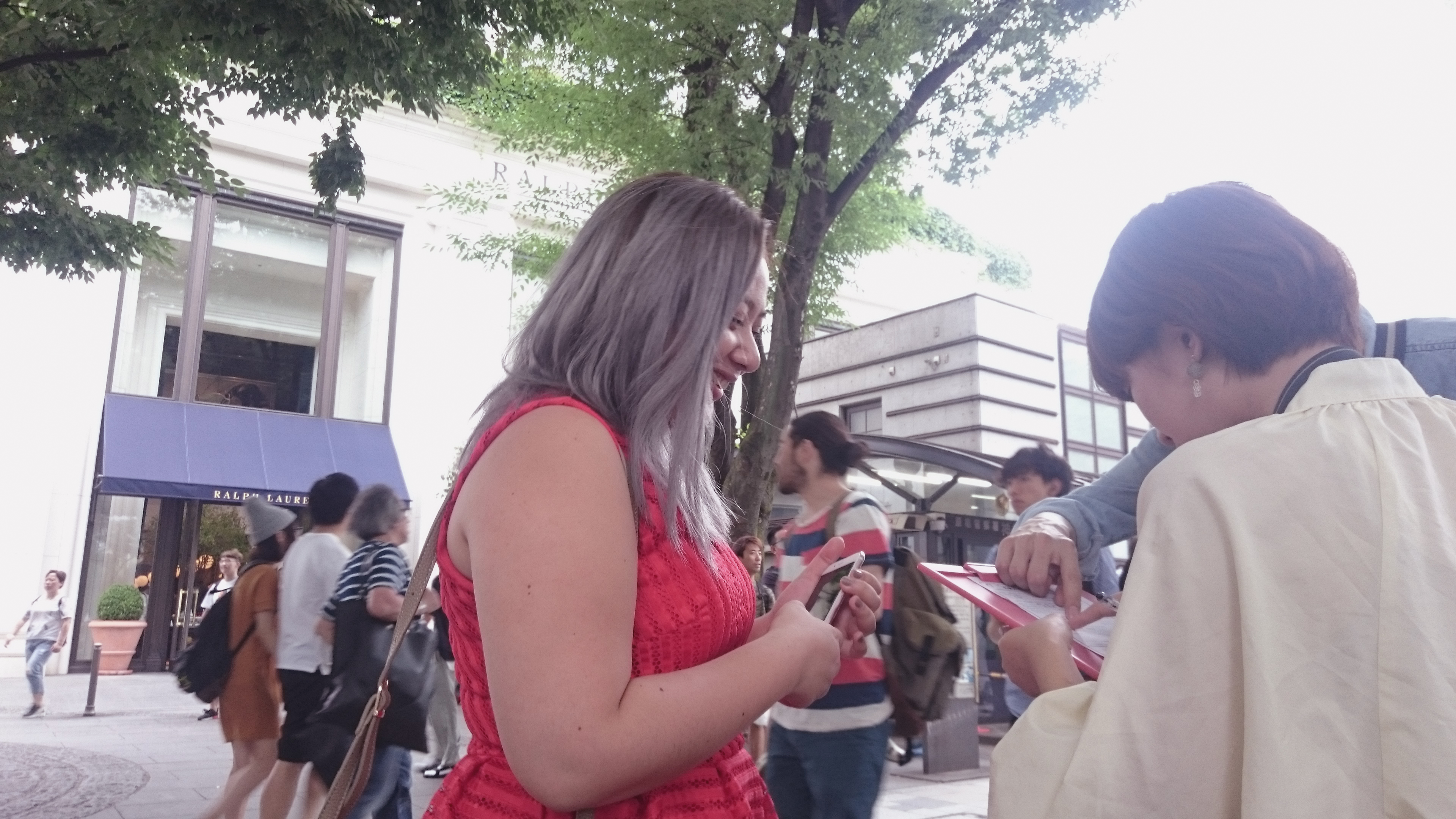 Go to Kiddy Land – FINALLY! There were a couple of floors to explore which turned C and me to kids all over again. 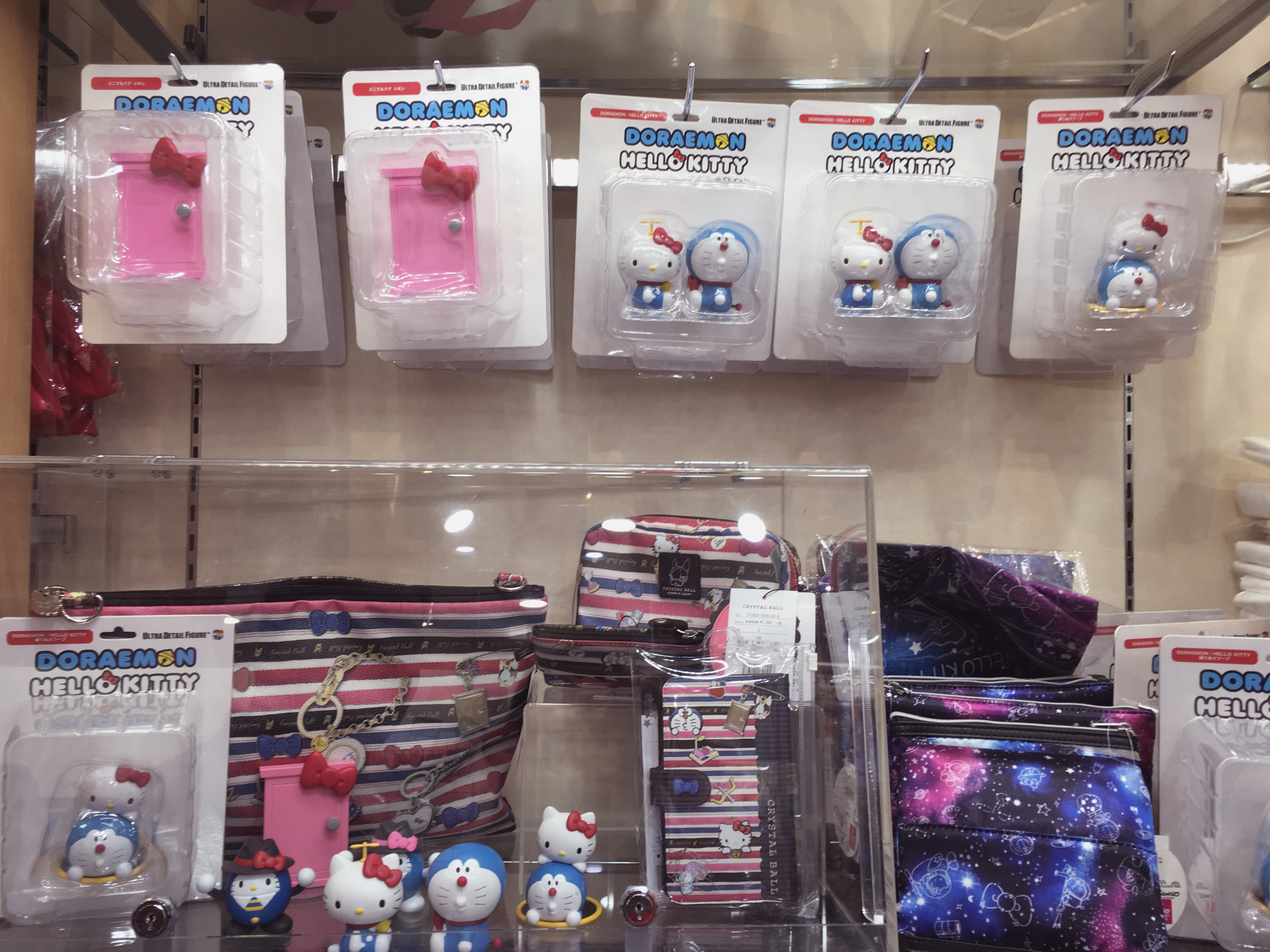 I wanted to buy a wand, but buying from here does not seem to be as special compared to buying it in London or any of the Universal Studios’ Harry Potter-themed amusement parks. I NEED TO VISIT OSAKA EVERYONE. 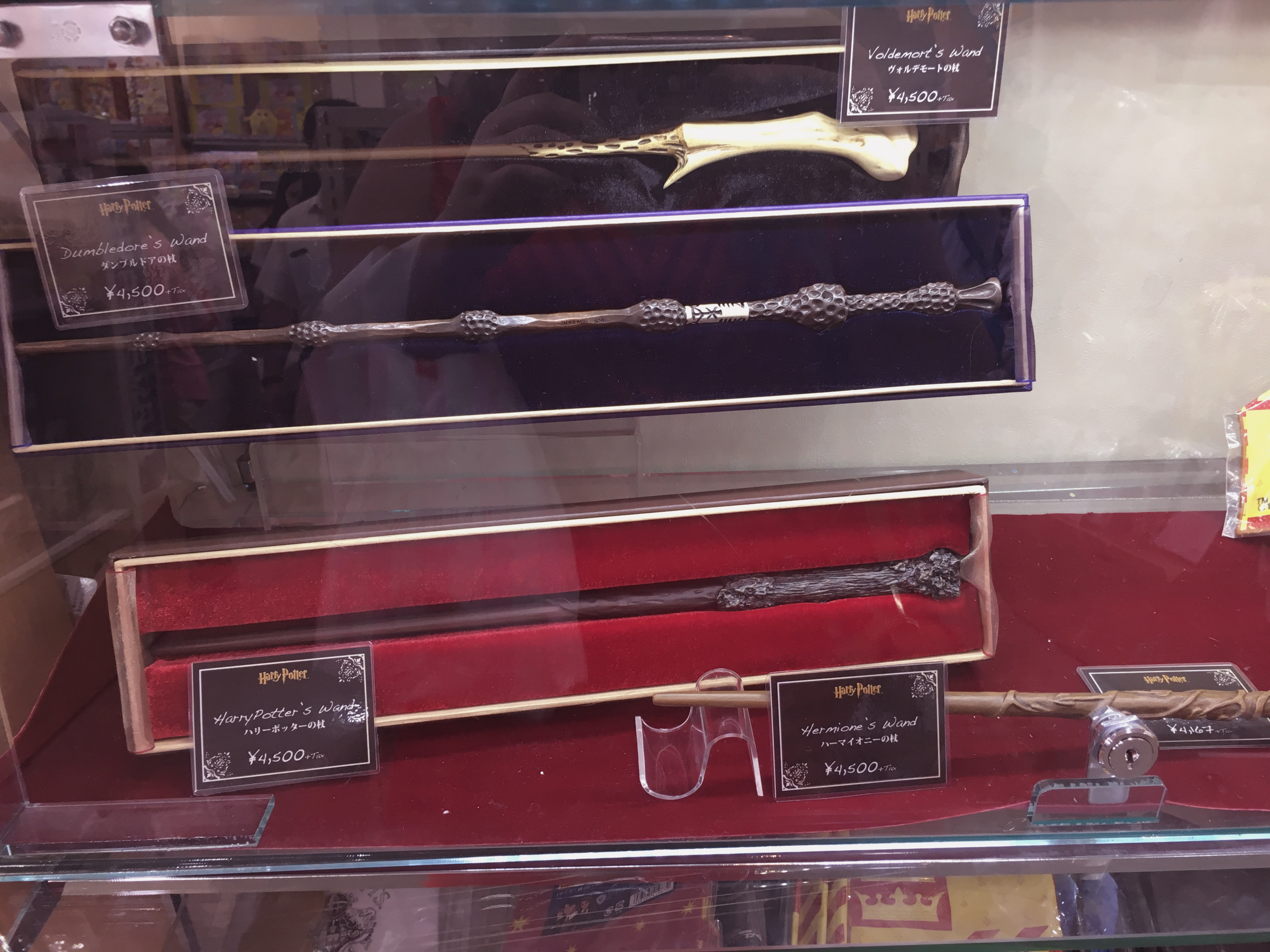 Unfortunately for me, the Sailor Moon compact that I wanted was only available for preorder. Pft. It could not suck more. As a consolation for myself, I bought a cotton candy from Totti Candy Factory for 500 YEN. I got stopped while walking by several tourists to ask where they can buy one as well. Hihi. 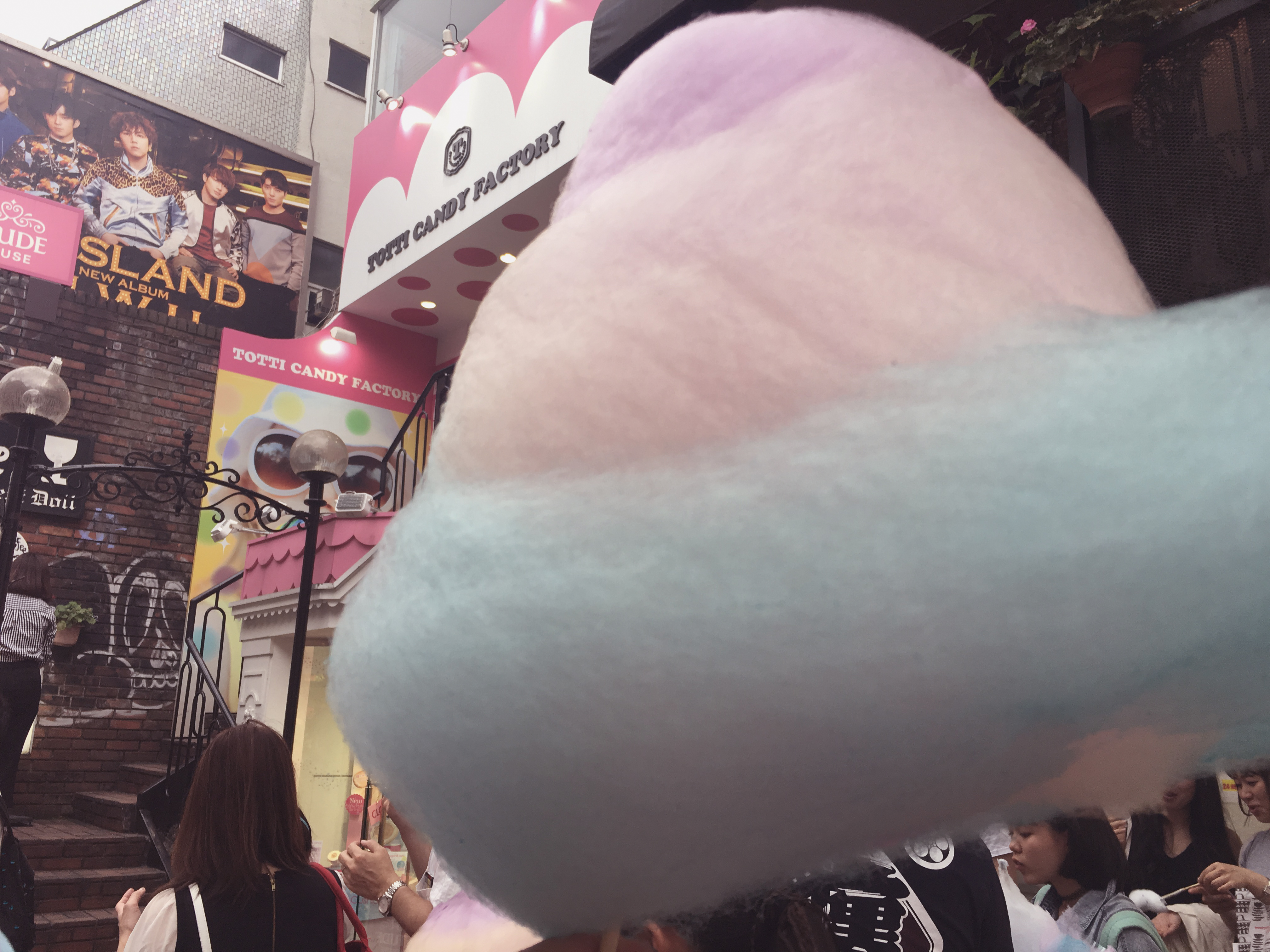 We walked back to Meiji Shrine which was just behind the train station. Brilliant! 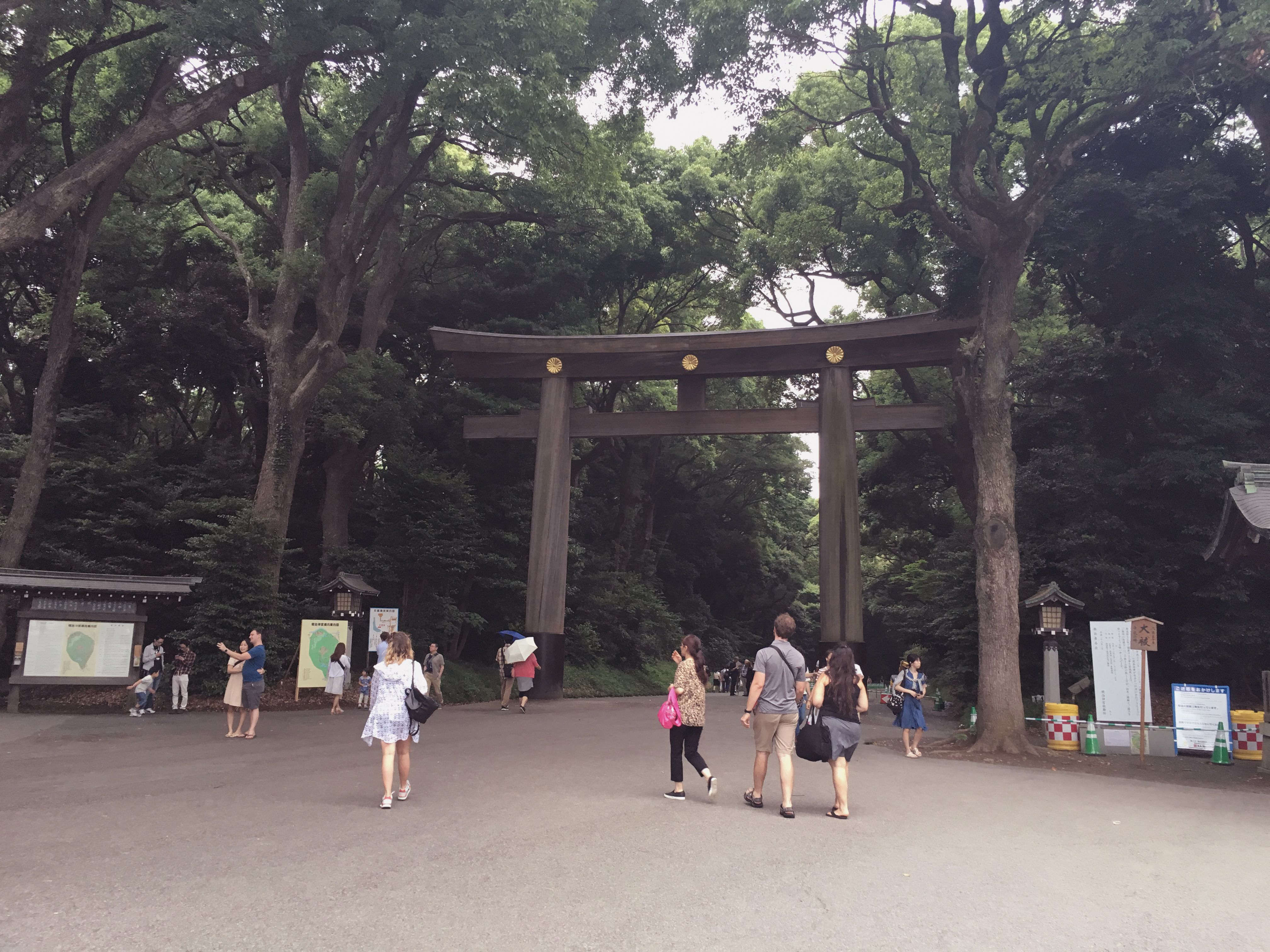 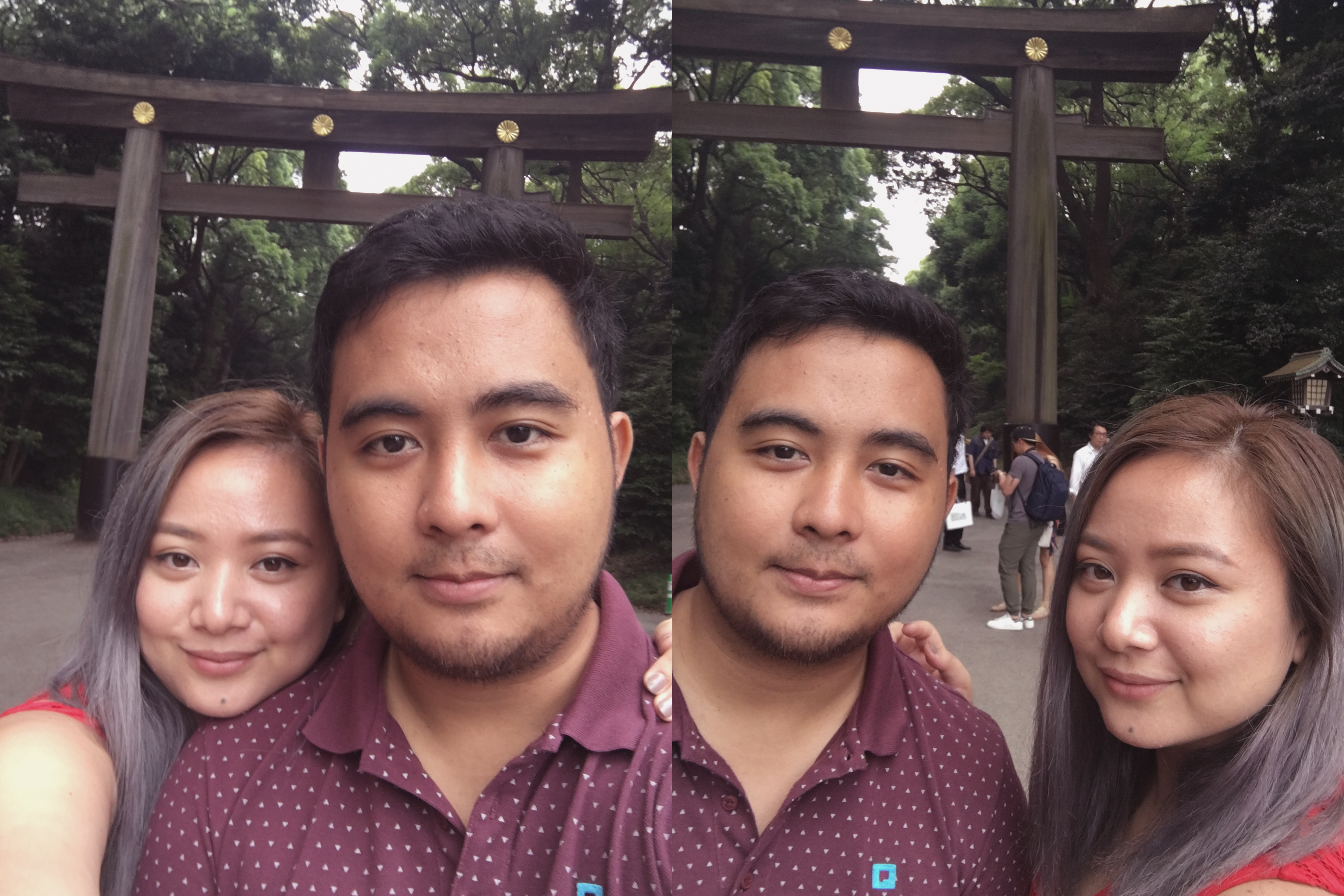 I was not informed that the walk to the actual shrine was so long. 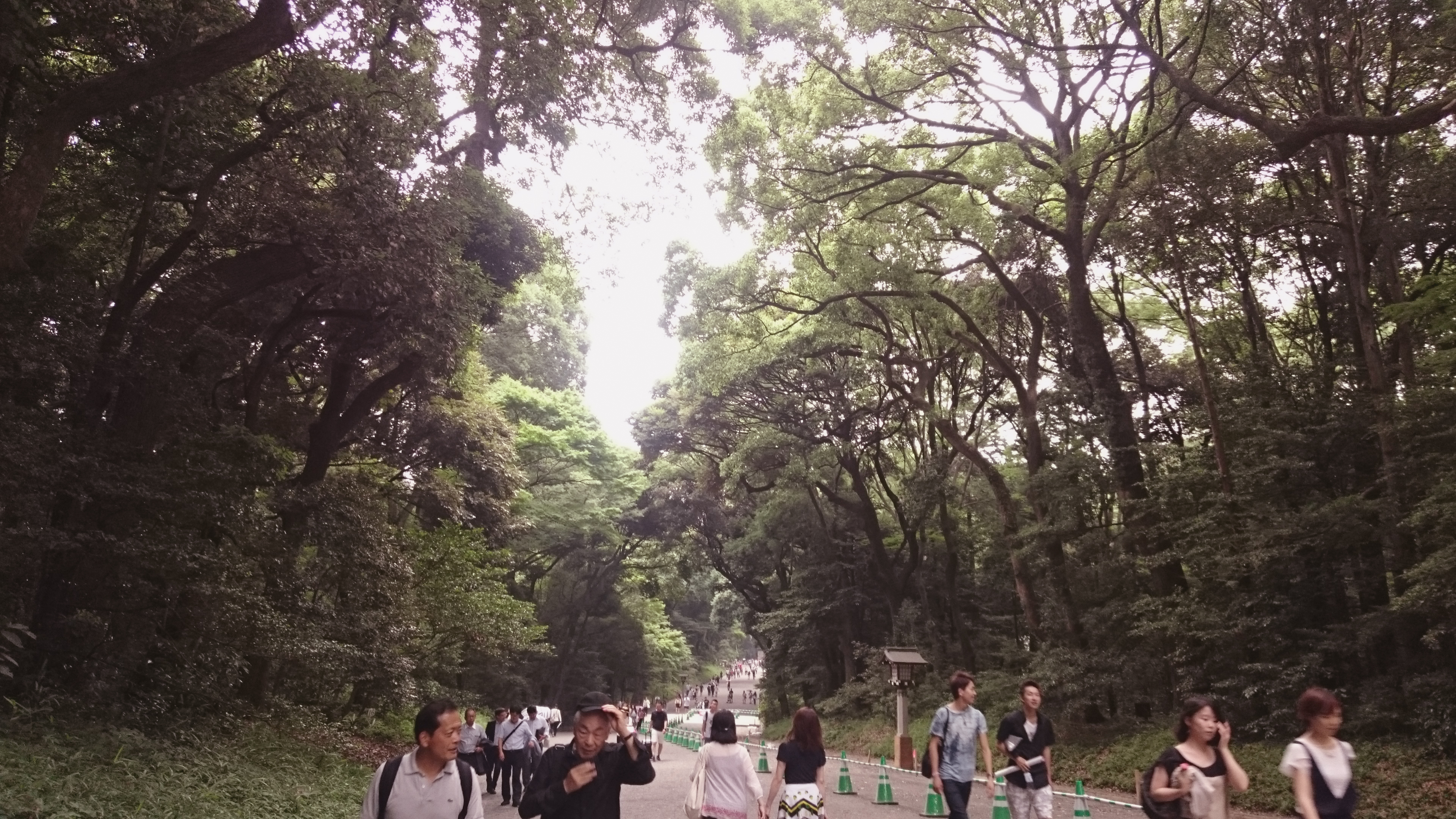 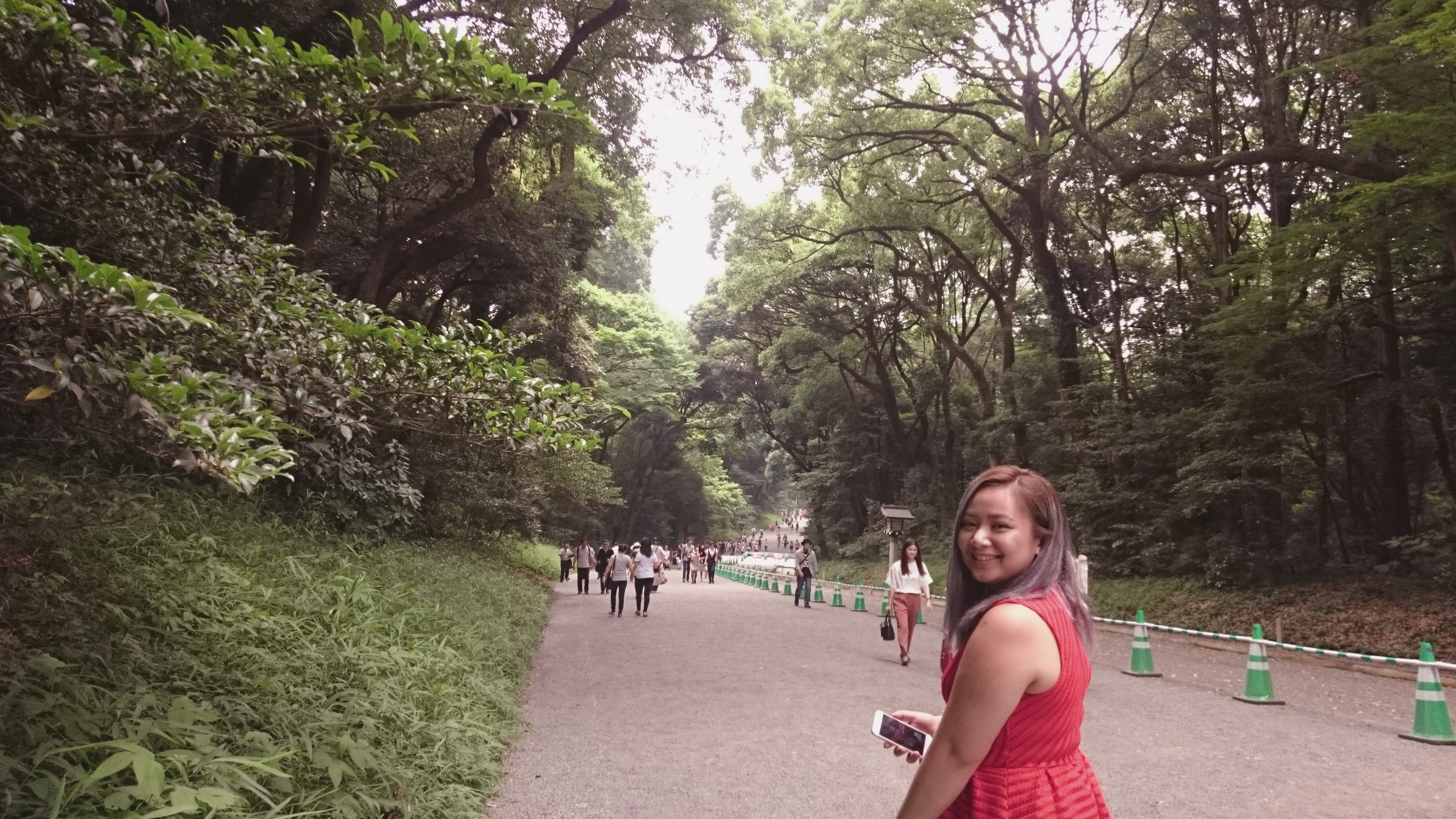 I think these are barrels of rice wine? 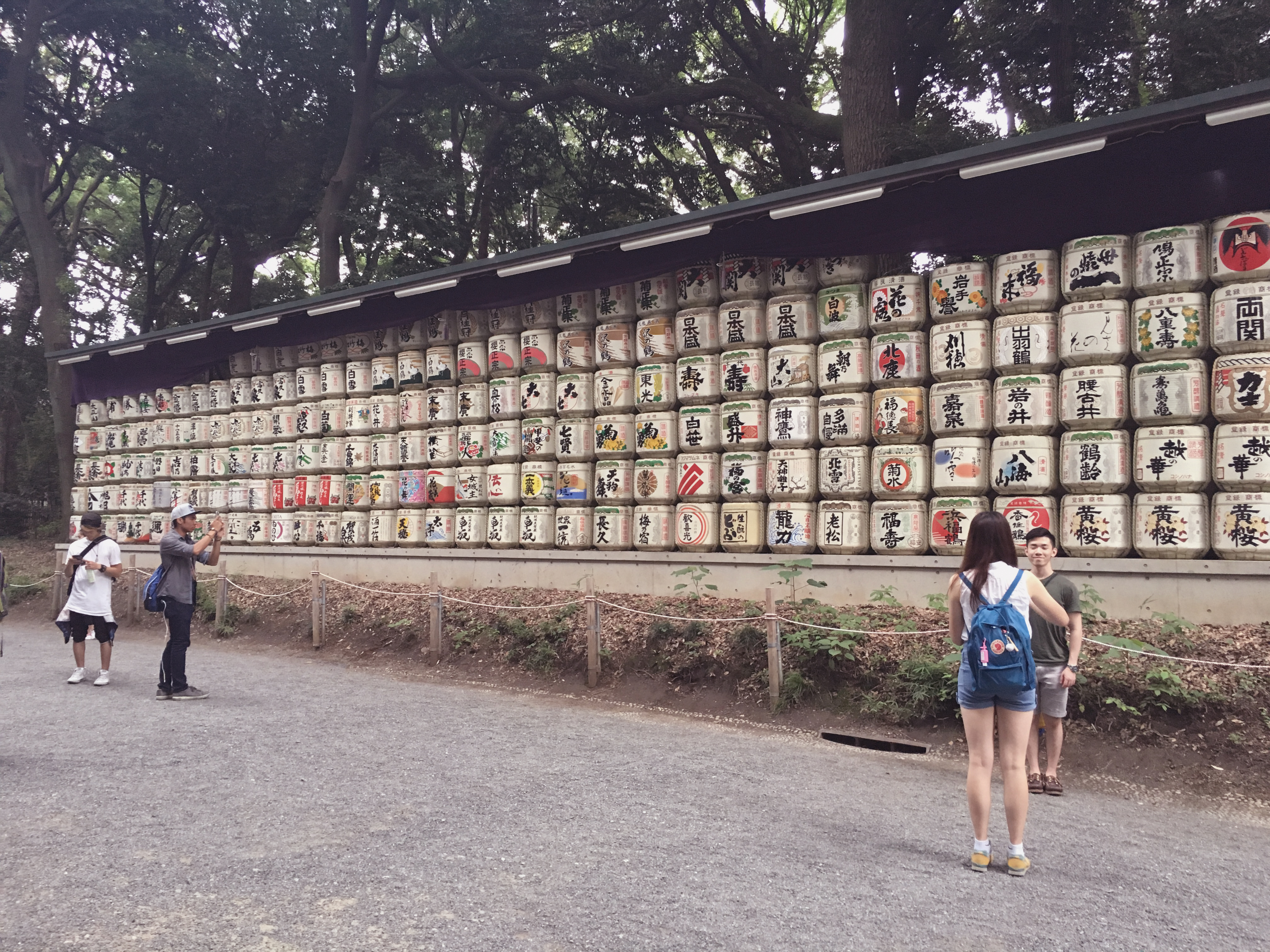 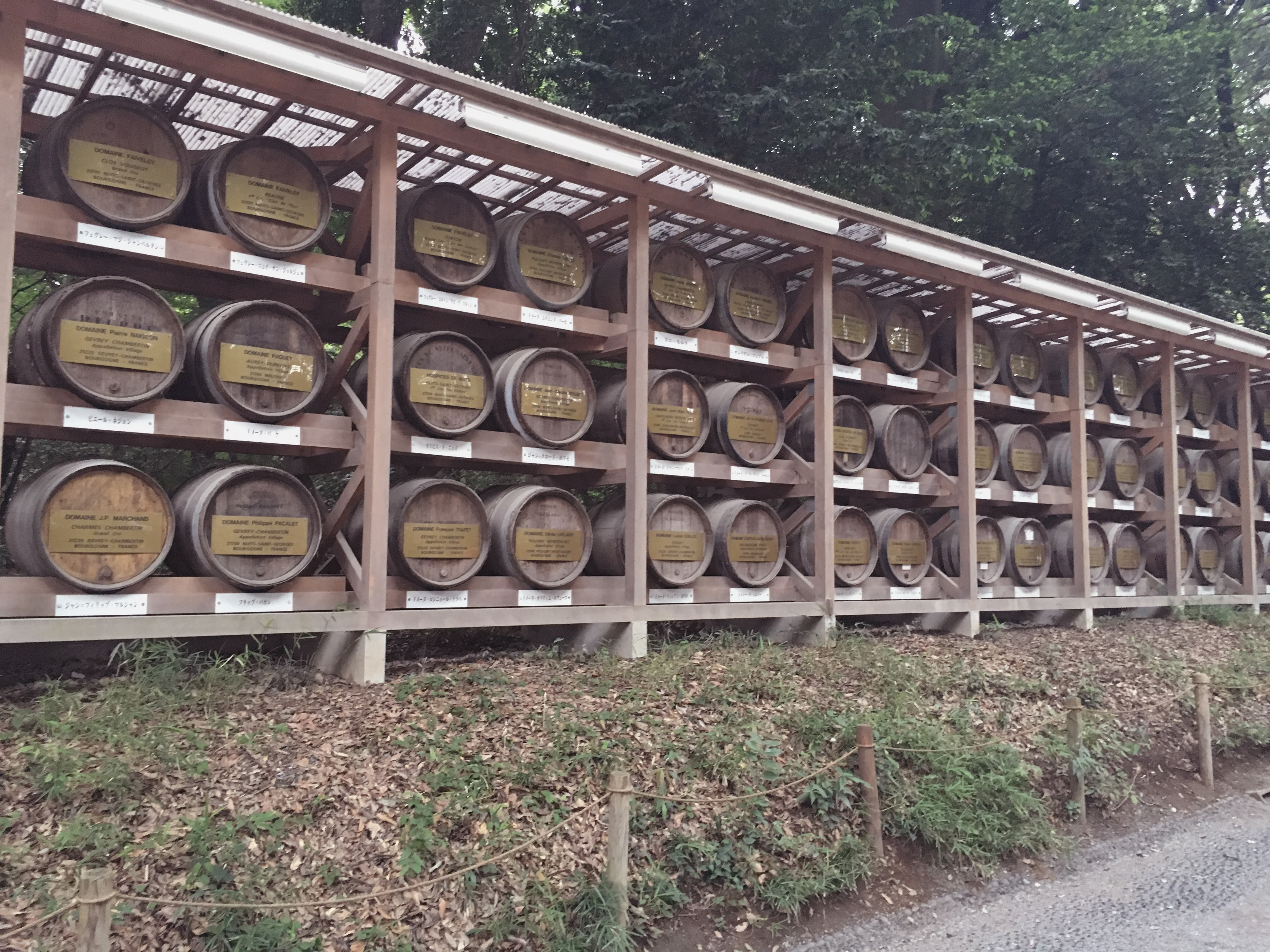 When C sat in the waiting area and said that I should go on, I took it to mean that I will have to go to the shrine by myself. I completely misunderstood, because apparently, what he said was we should meet up at the shrine. Ha! 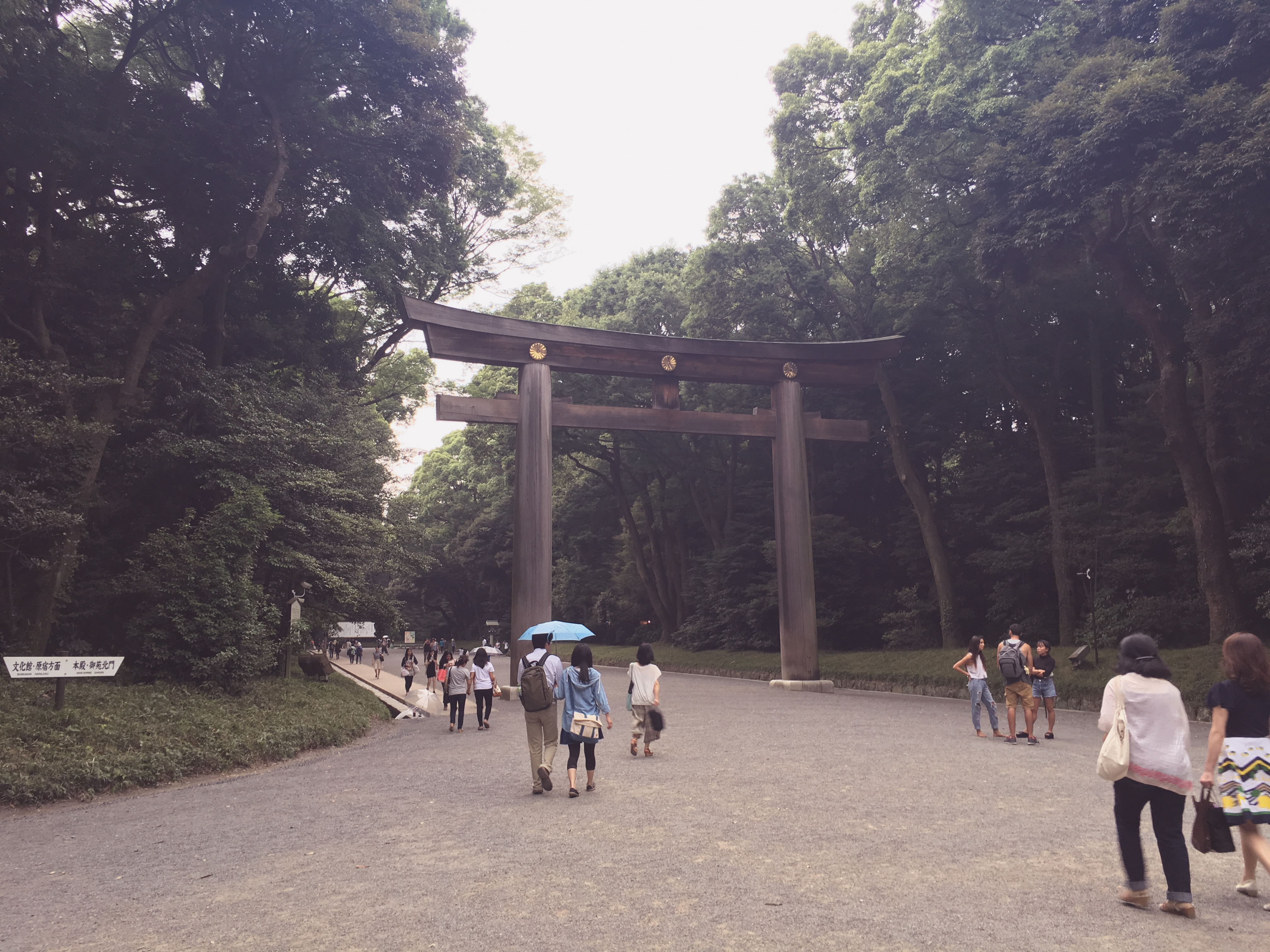 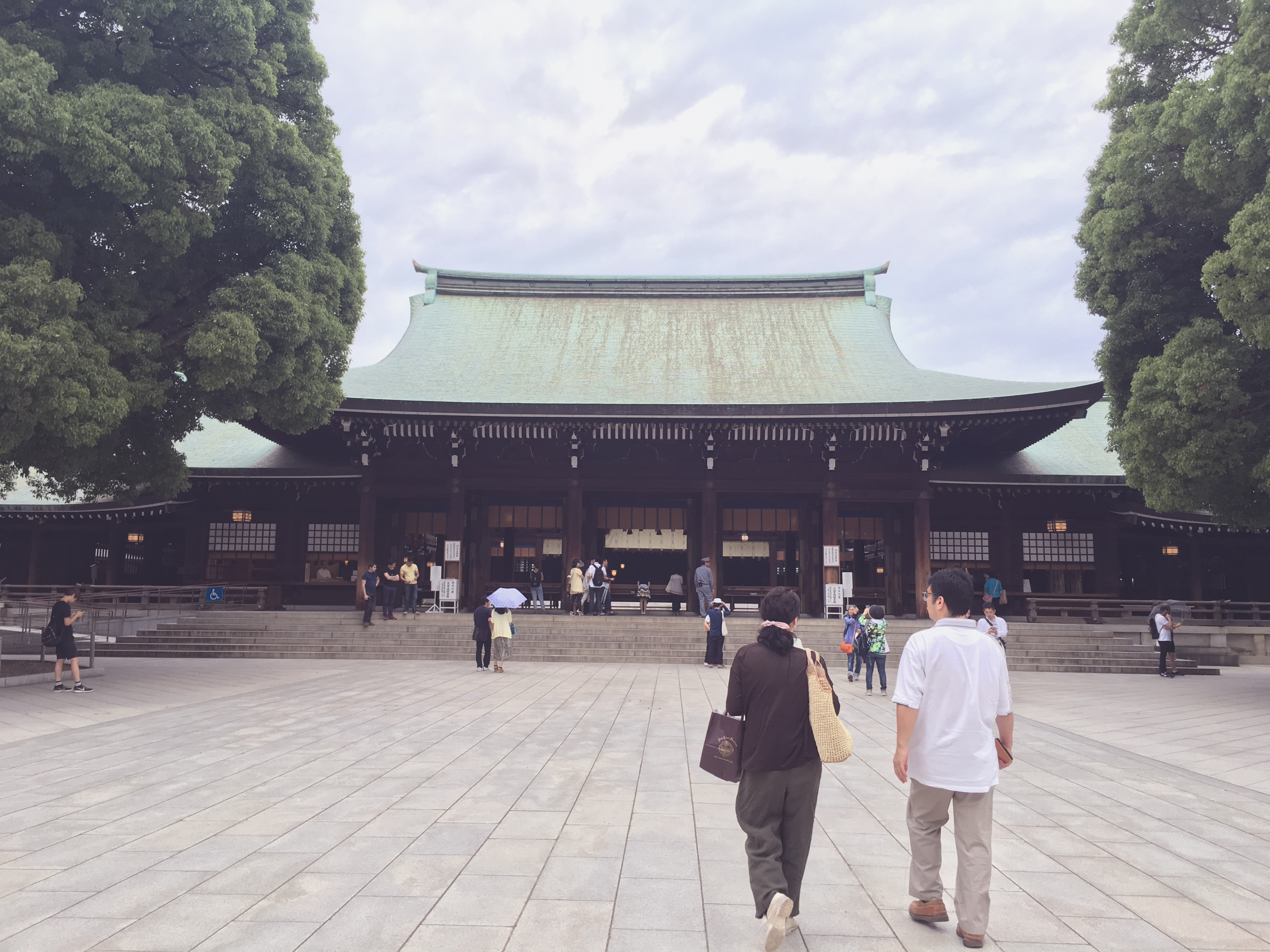 You can write on one of the wooden boards your wish, and people will pray for it for you. I wrote on one and wished for a lifetime of happiness for me and for my loved ones. 🙂 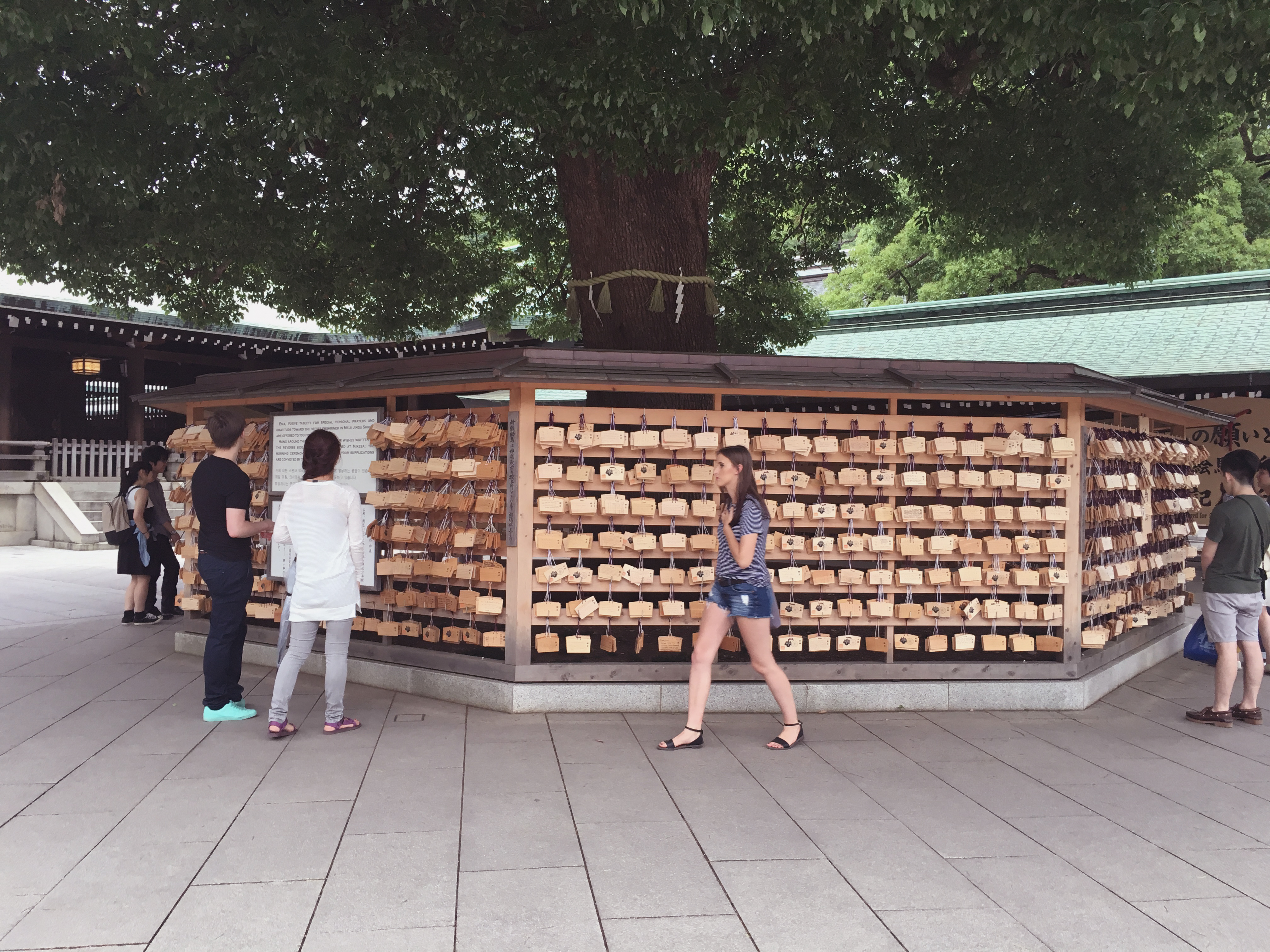 I went to Kiyomasa’s well to view the well, and I was not fortunate enough to see it. Pffft. I walked downhill, uphill, and all over to find it but I did not. 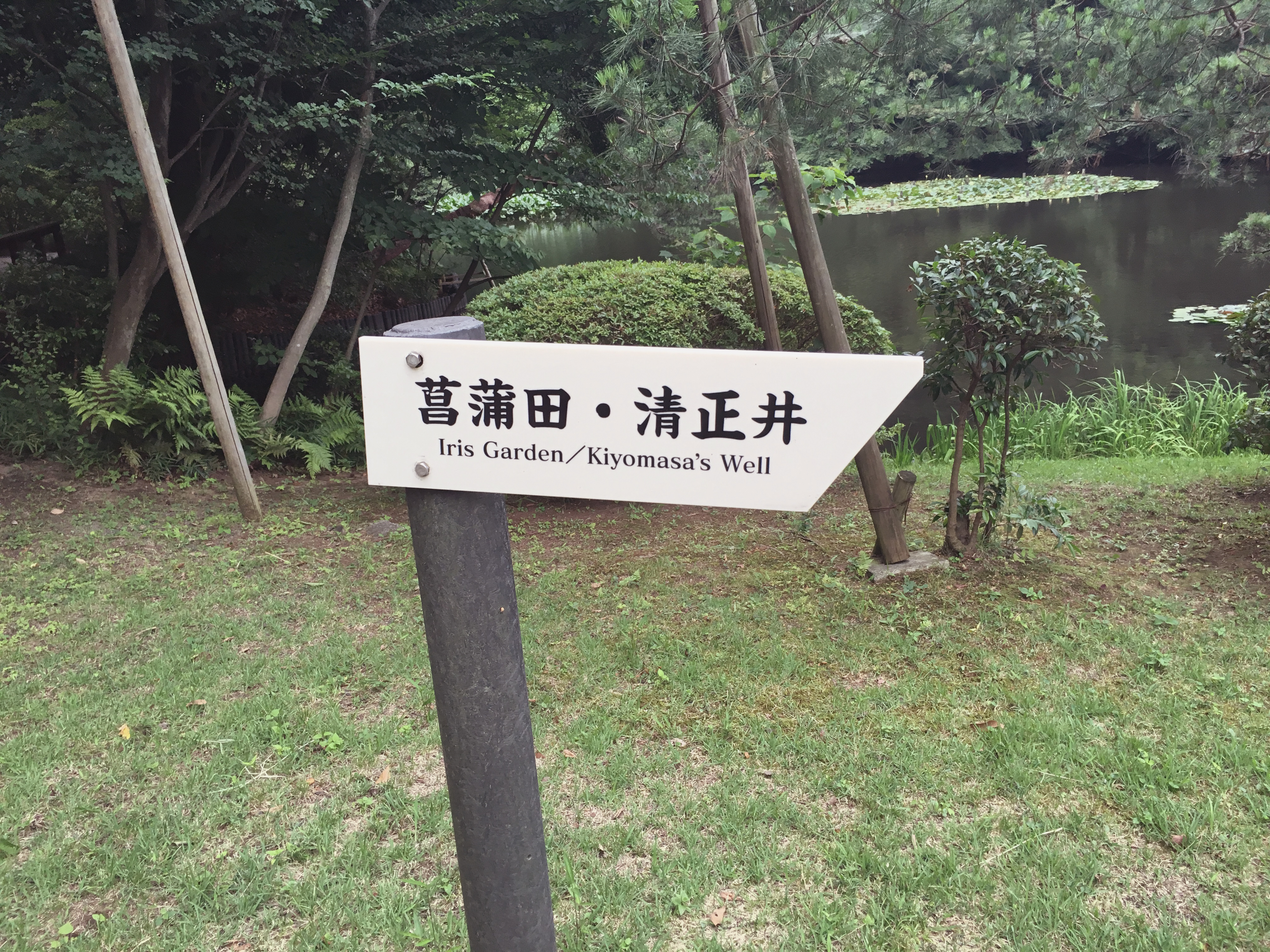 C and I found our way back to each other – just like in the movies. Hihi. ❤

It started to rain, hence, we went back to Ayase Station. Before we headed back to the apartment, we were initially headed to one of the hidden hole-in-the-wall yakitori places. But when we passed by Kitchen Origin, he saw freshly cooked karaage being transferred to the display case and he went inside. I decided to venture out some more and saw this place where they had a huge glass window where you can see them make sushi and sashimi. I could not resist! I’m drooling right now. Yum! 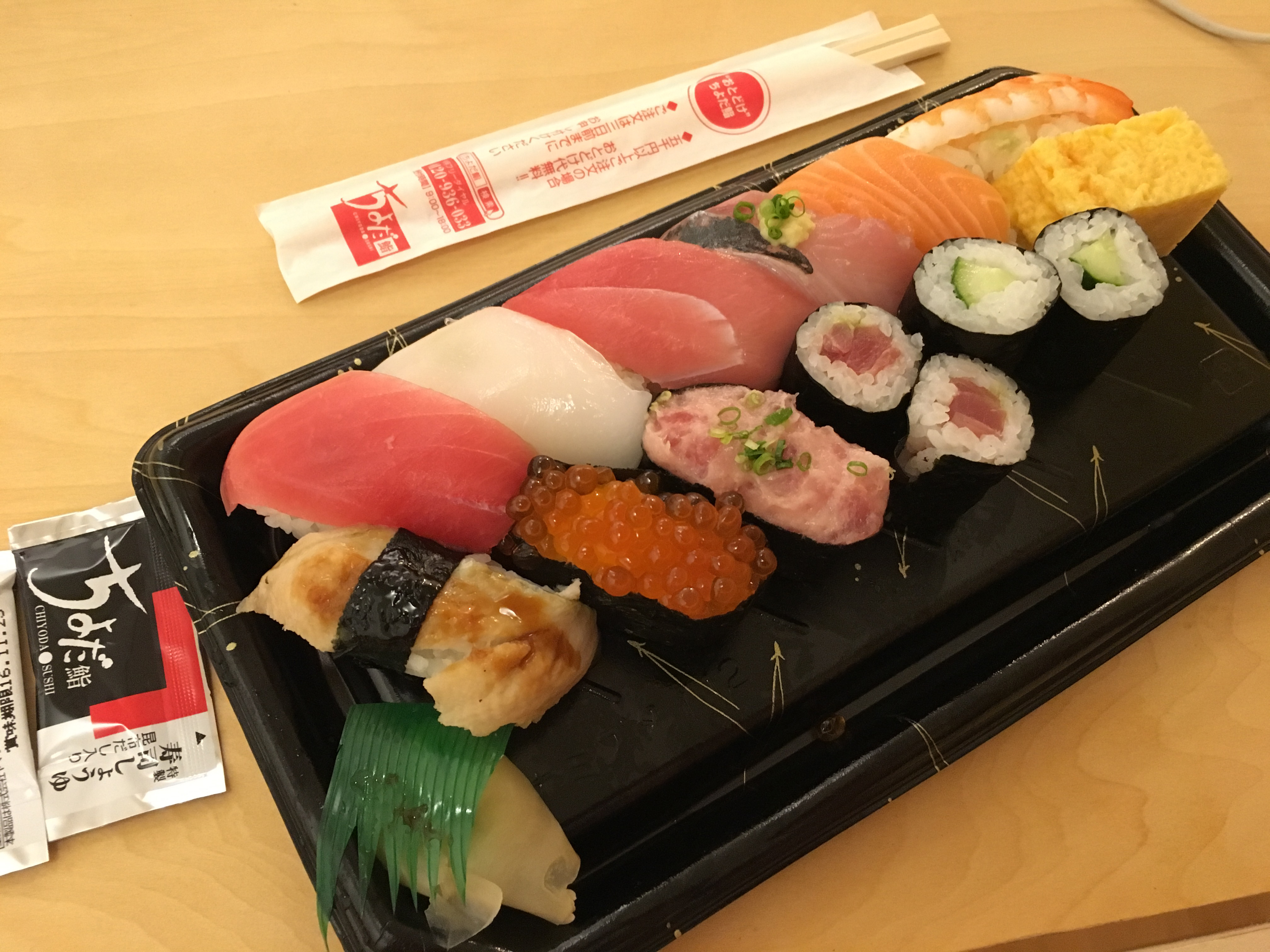 Look at all those fresh ingredients!! *drools some more* I wanna go back to Japan and EAT EVERYTHING. 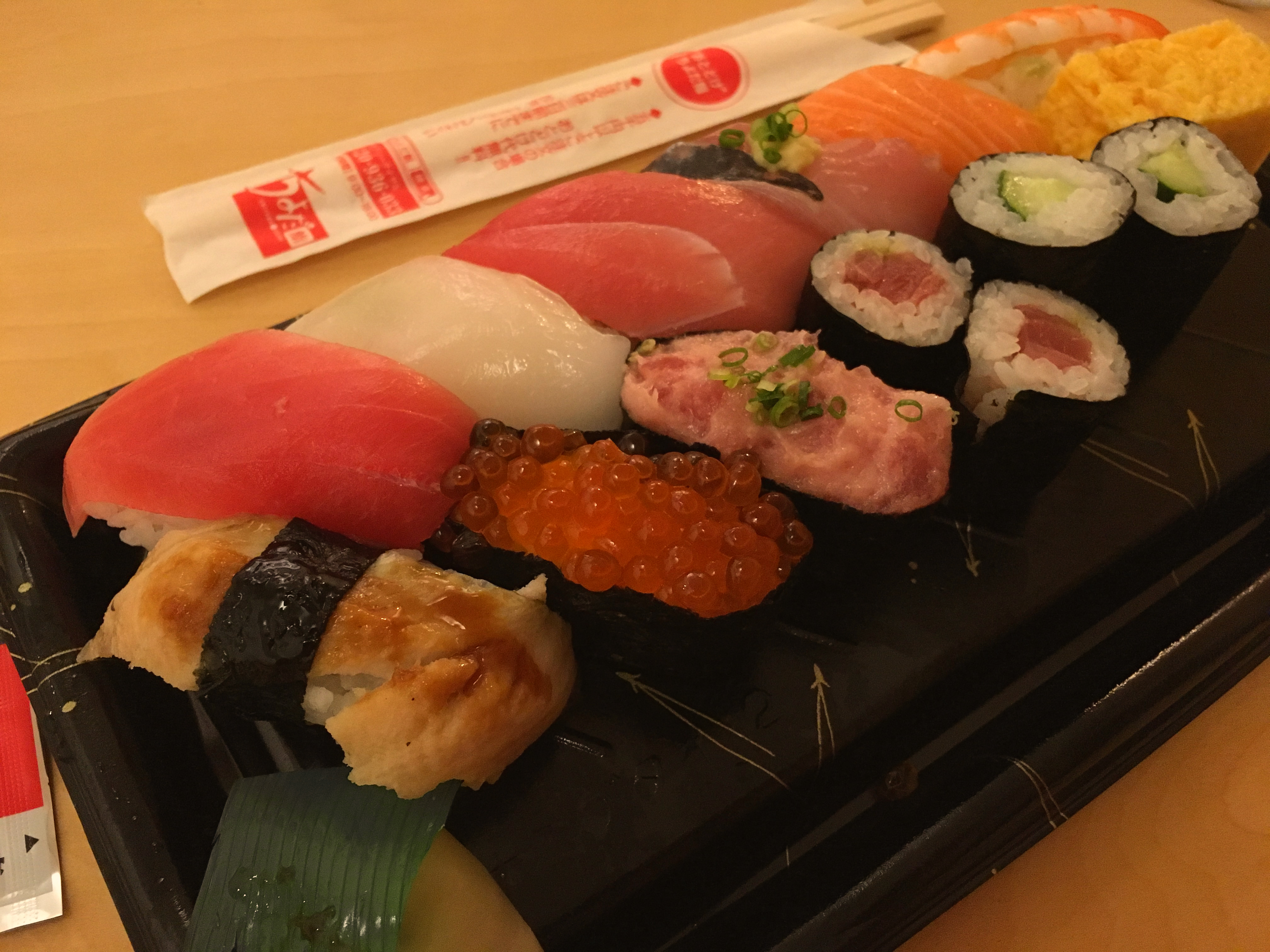 I took a quick snap of some of the merchandise I have acquired the past few days in Tokyo. The cover is super cute which C bought for me in Harajuku. ❤ The Avene moisturizer was so expensive (at 3000+ YEN). I only bought it because I had forgotten to bring mine and the weather had dried my oily skin out. 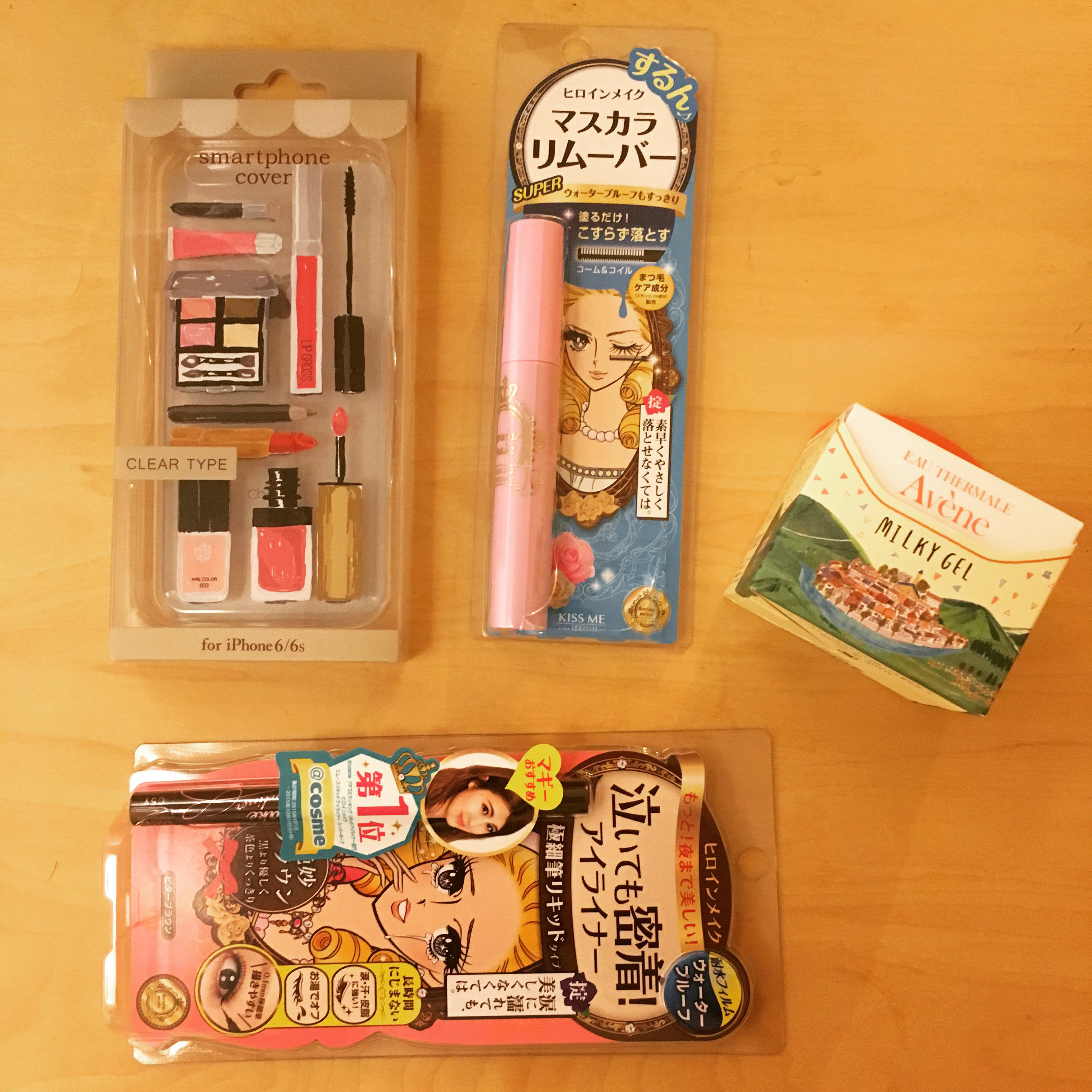 Although I consider all our anniversaries special, this was the best one we’ve ever had so far! ❤ What is your ideal anniversary date? Let me know in the comments below!