I can’t believe that this week is nearing its end – and with it, my VN+KHM posts as well. I genuinely hope that the few people who went through this journey with me via reading enjoyed it thoroughly. 🙂 Again, please do drop me a message for any typos or grammar errors because, as C could attest, once all the photos are already uploaded for a post, it only takes me about 30 minutes to whip up a post (an hour if it’s lengthy). I’m crazy talkative in real life, which I guess is part of the reason why I can write so fast – as I just write down stuff the way I would talk.. of course in a more refined manner. Haha. Okay, enough about that, I’m veering off topic yet again. Aren’t you guys/girls/people used to it by now? 😉

We passed by the Victory Gate again and instead of asking Tet (who usually indulges me when I ask to stop, i.e., the monkeys with a warning to keep my distance unless I want my stuff nicked) to stop, I just snapped a quick photo from our moving tuktuk. 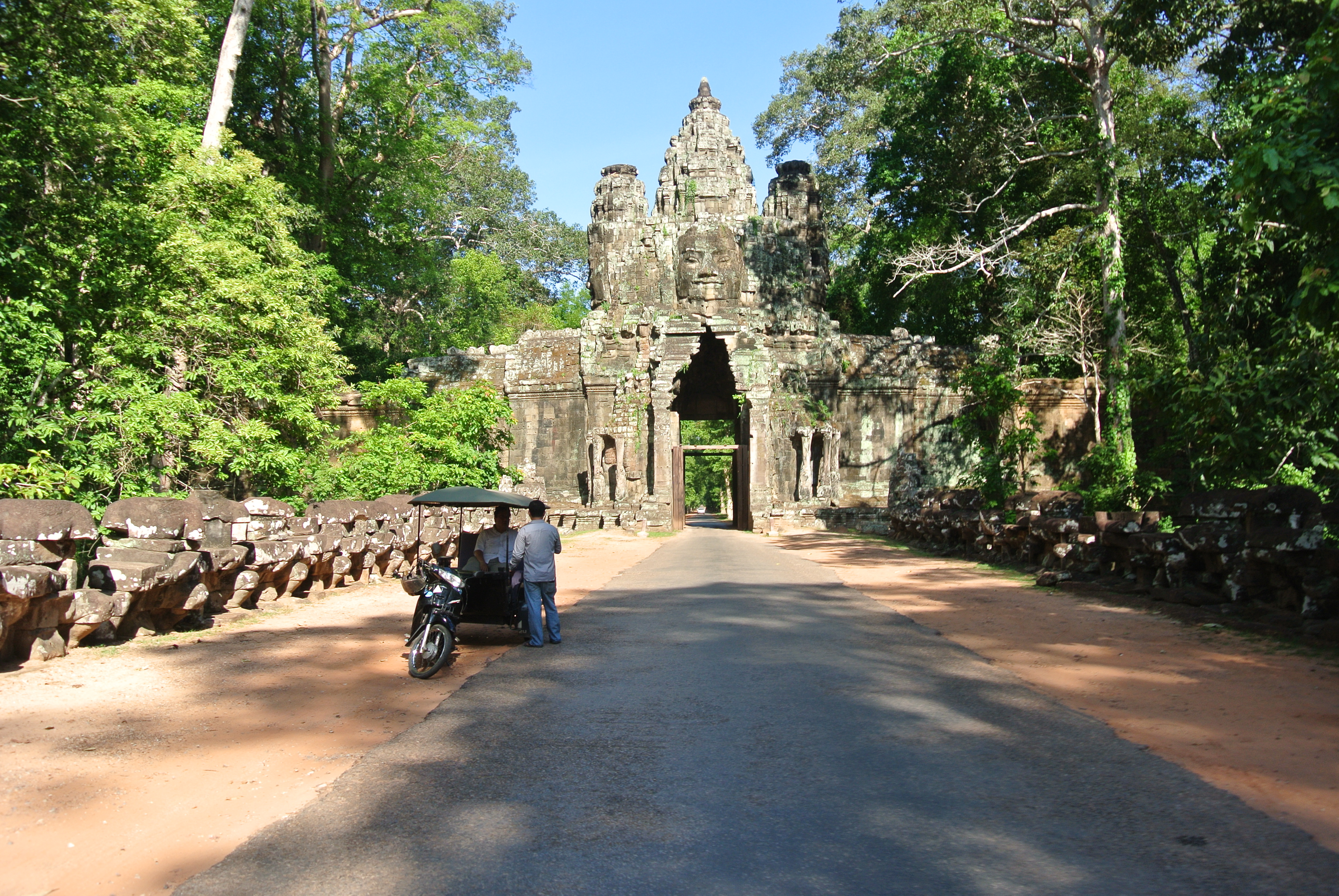 Again with the missing heads. 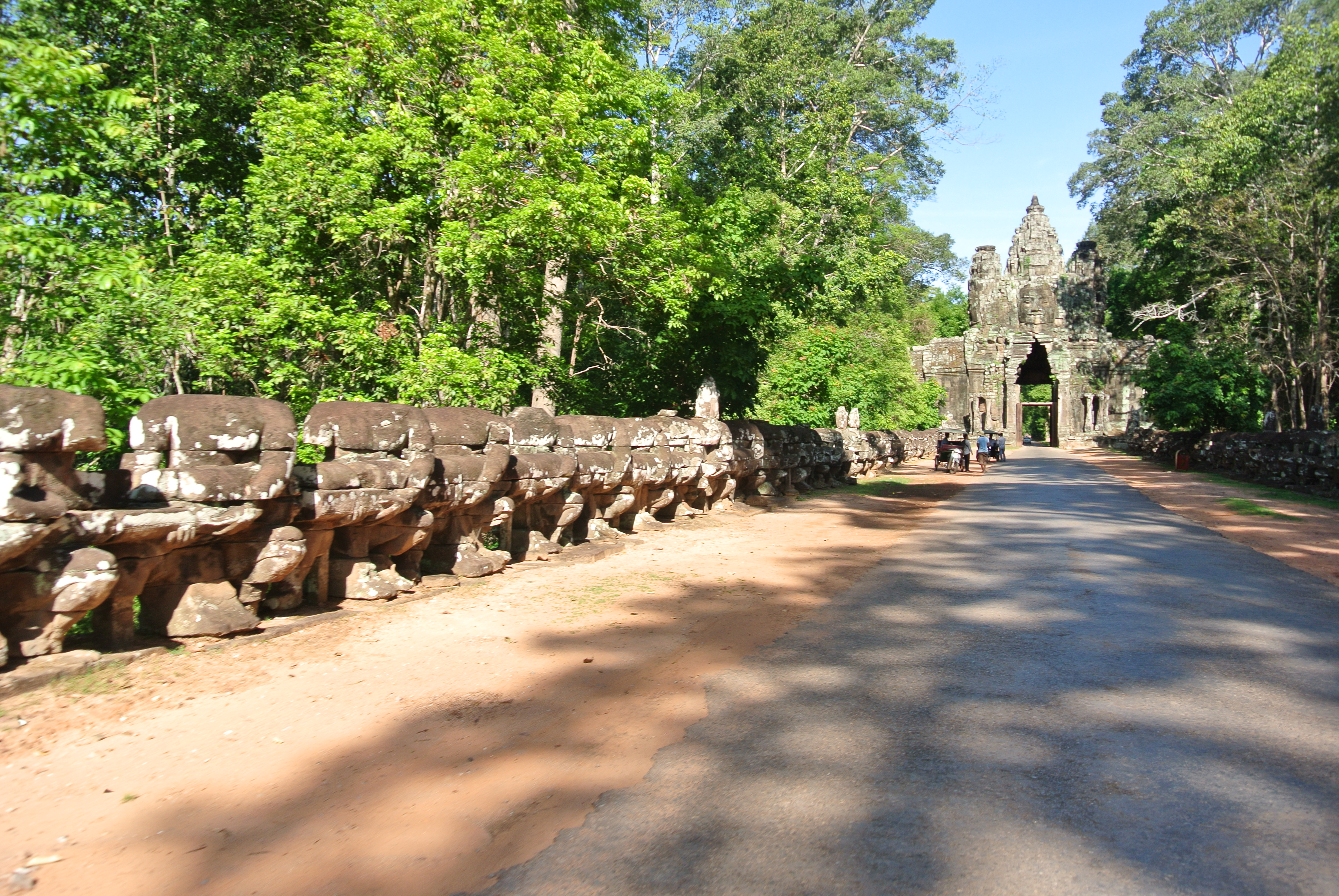 We arrived at Ta Keo, and it was a case of deja vu as it looks like one of the missing siblings of Pre Rup and East Mebon. The height of the base is leading me to the conclusion that a moat may have surrounded it as well, similar to the two other temples. 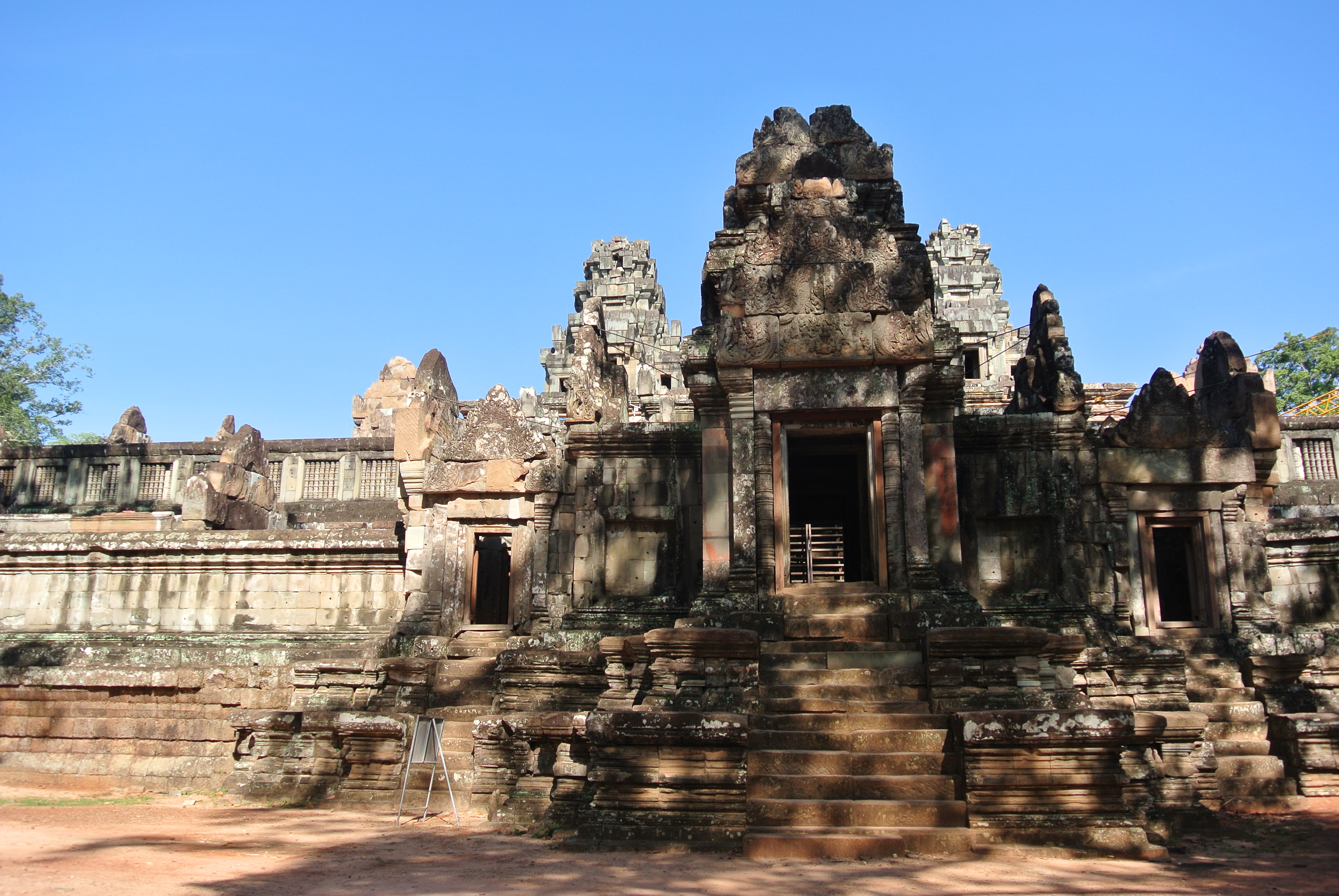 It is arguably more stone-ish and less decorative than the previous two, but it is also higher. I say that because there was an imposing number of steps to get to the top that you have to scale.. which may be making me biased because of my lack of upper body strength (yeah yeah here we go again). 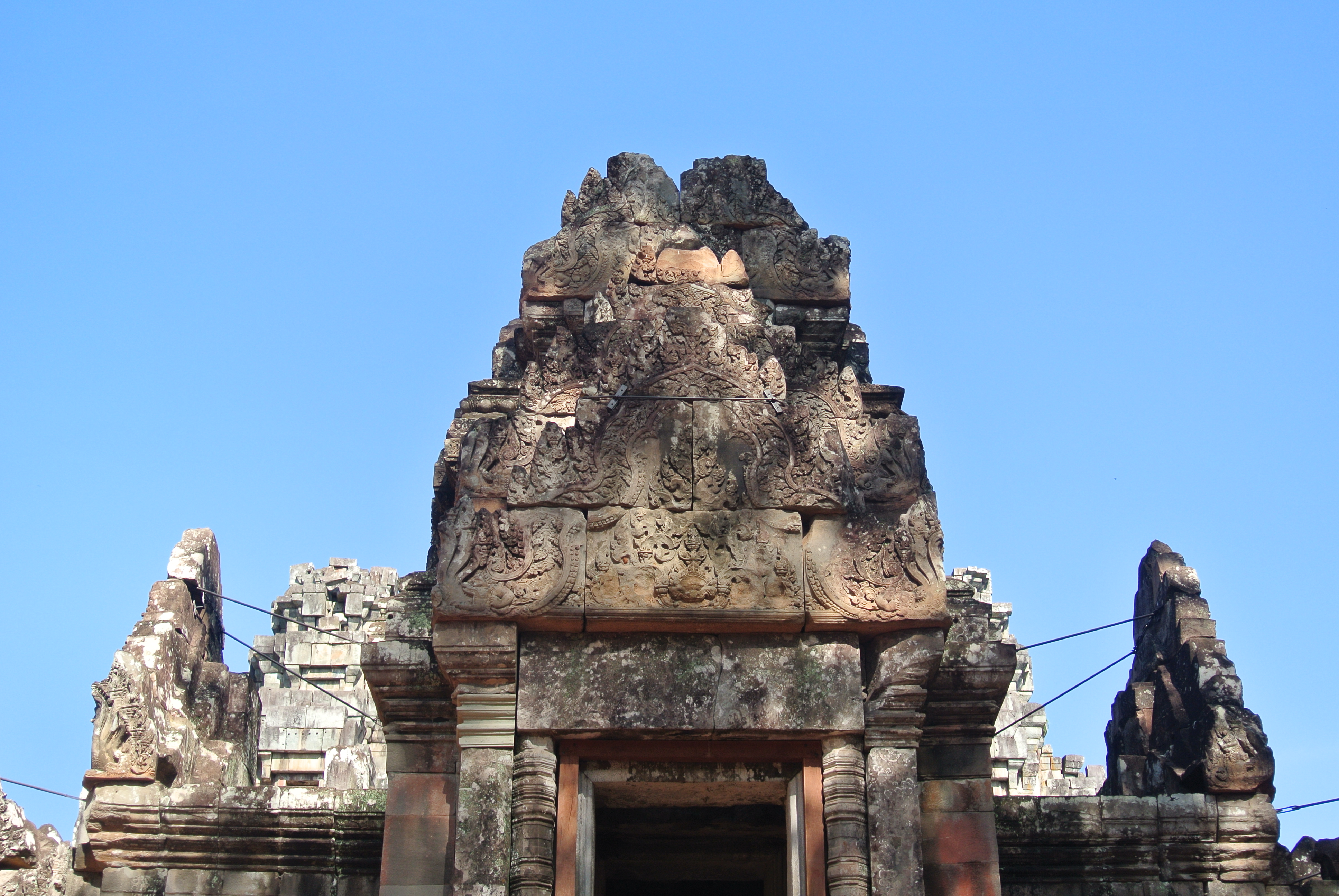 I didn’t know it at first because of the wooden stairs in the entrance.. 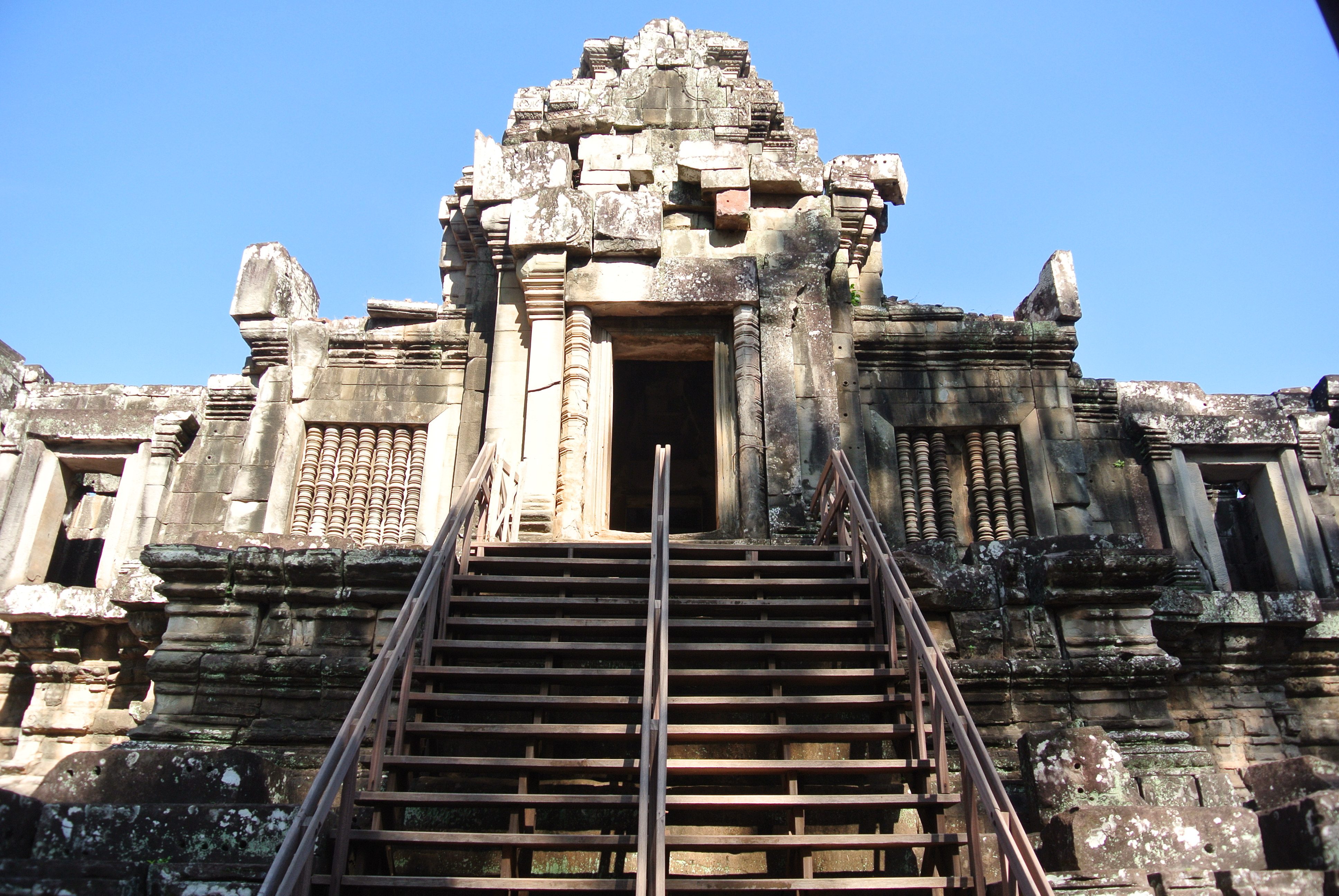 But dun dun dun (that’s a dramatic sound effect in case you were wondering)! 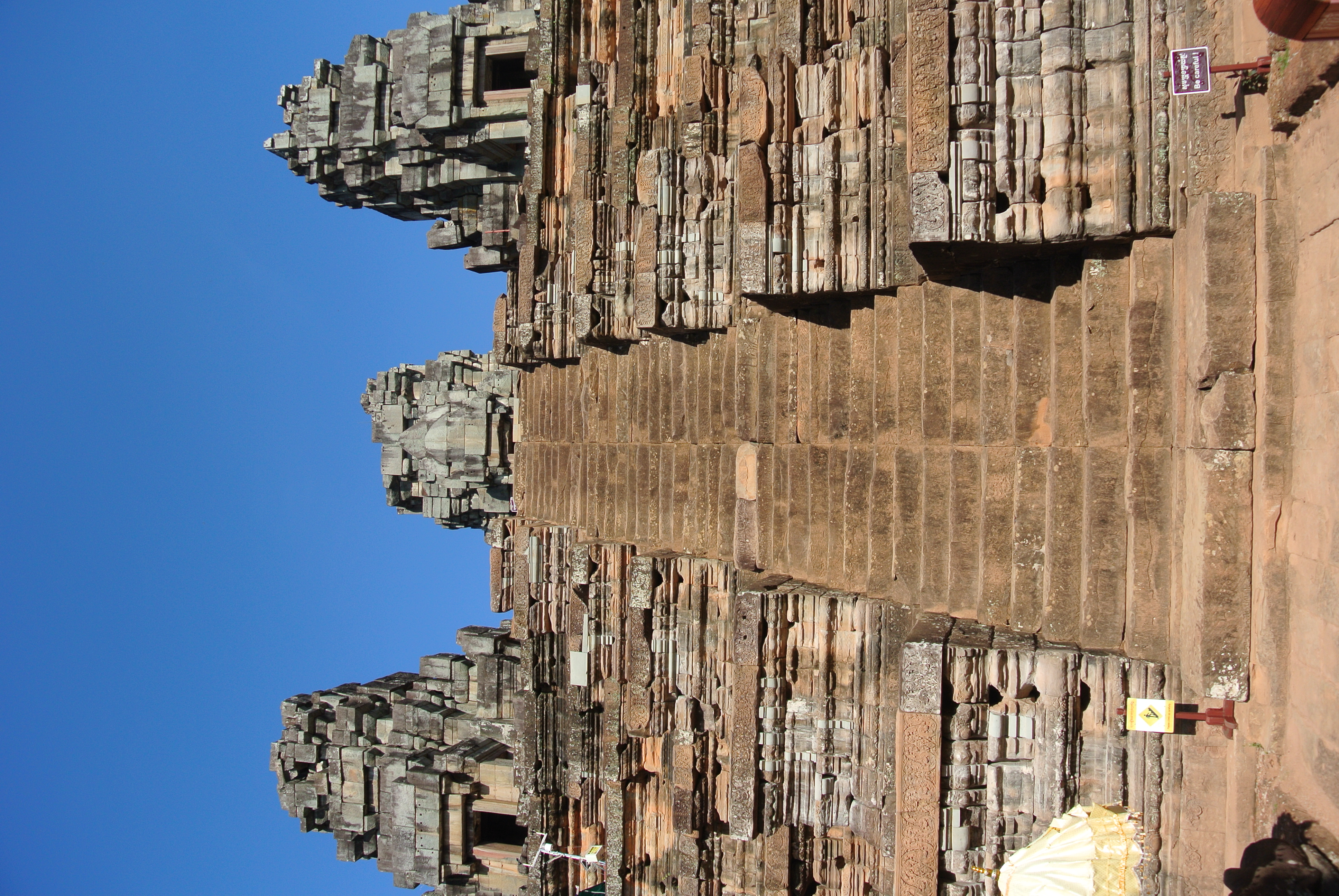 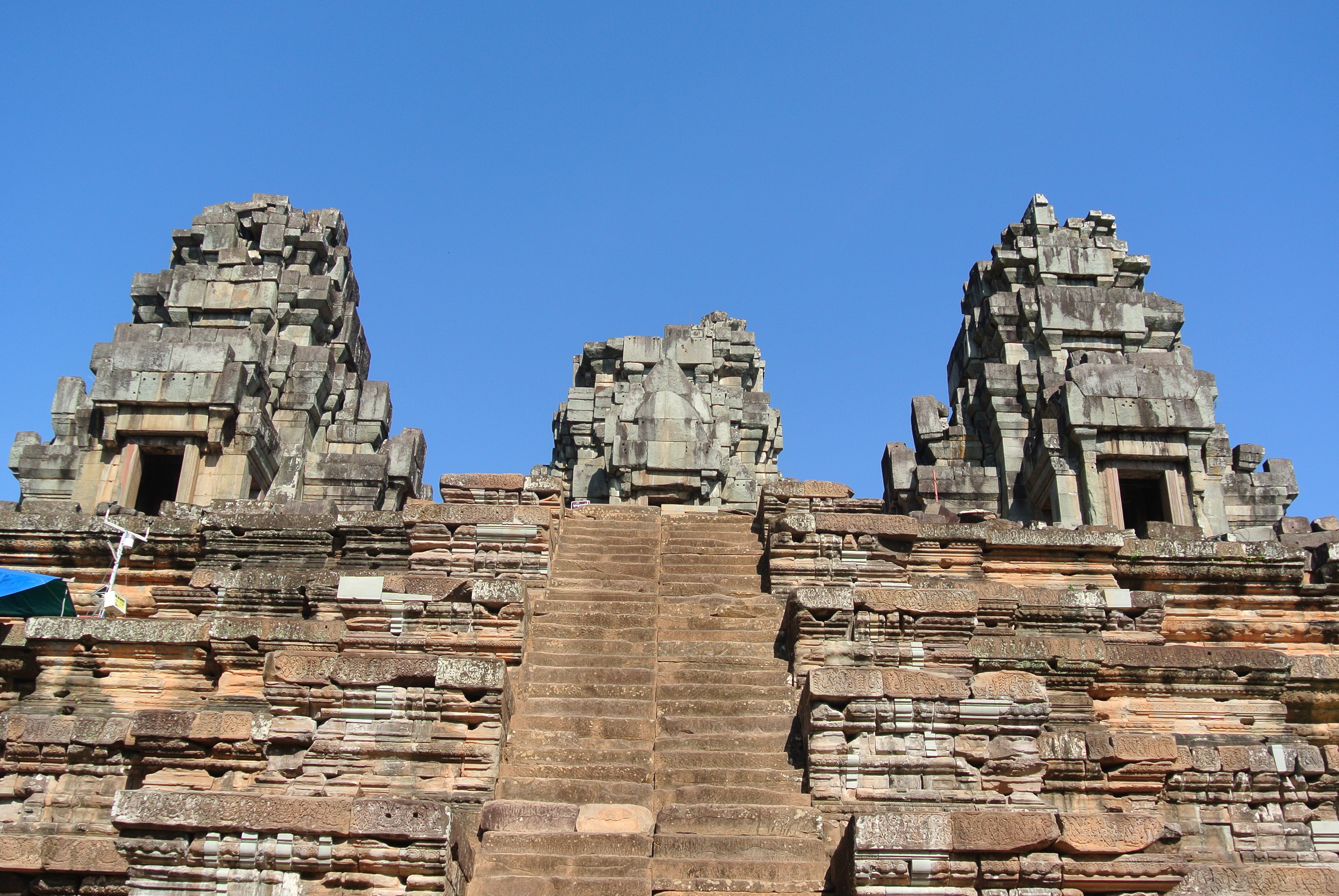 On our way to our next stop, we passed by another temple that had a fruit shake peddler. I asked Tet to make a stopover so I can buy one. Again, invest in a big bottle of water when touring here because not only is it expensive (they sell it to tourists for $2-3) but the heat is going to kill you. 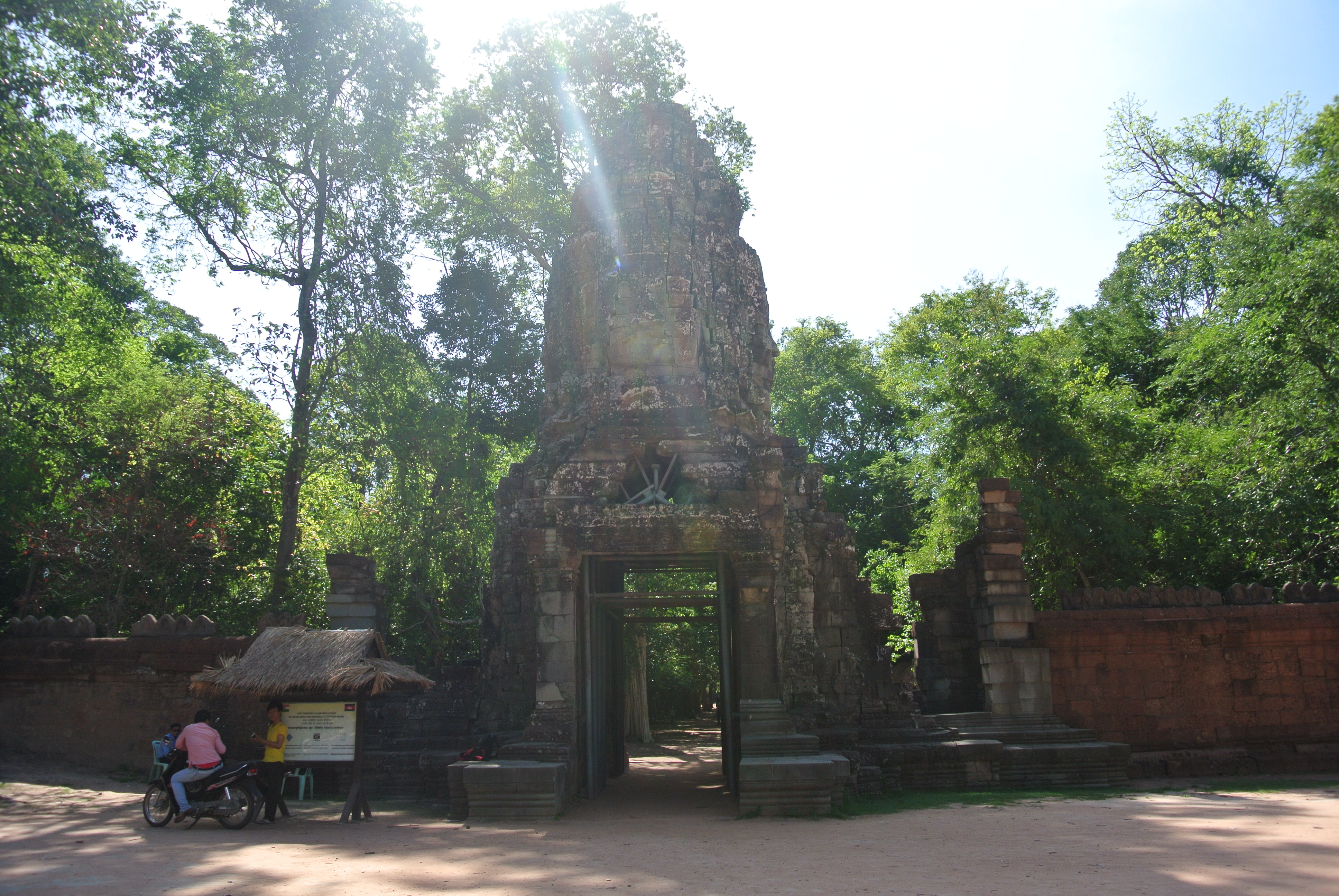 When we got to Ta Prohm, I have already been to a number of temples that my initial impression was underwhelmed. It had a wooden walkway in the gopura and a monster of a tree blocking the temple in sight. 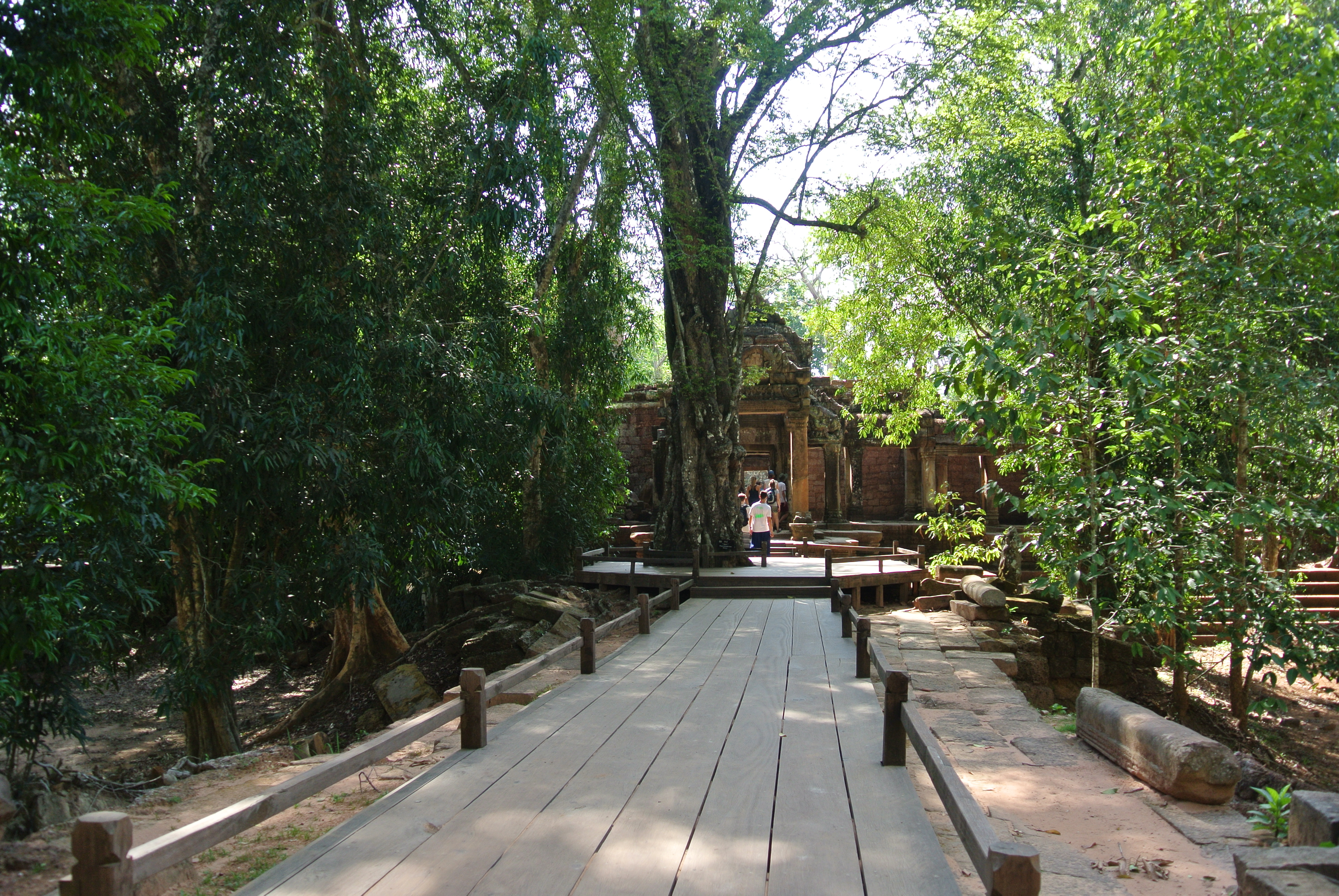 I honestly thought that this was it because unlike the other temples, no one can enter directly via the enclosure. 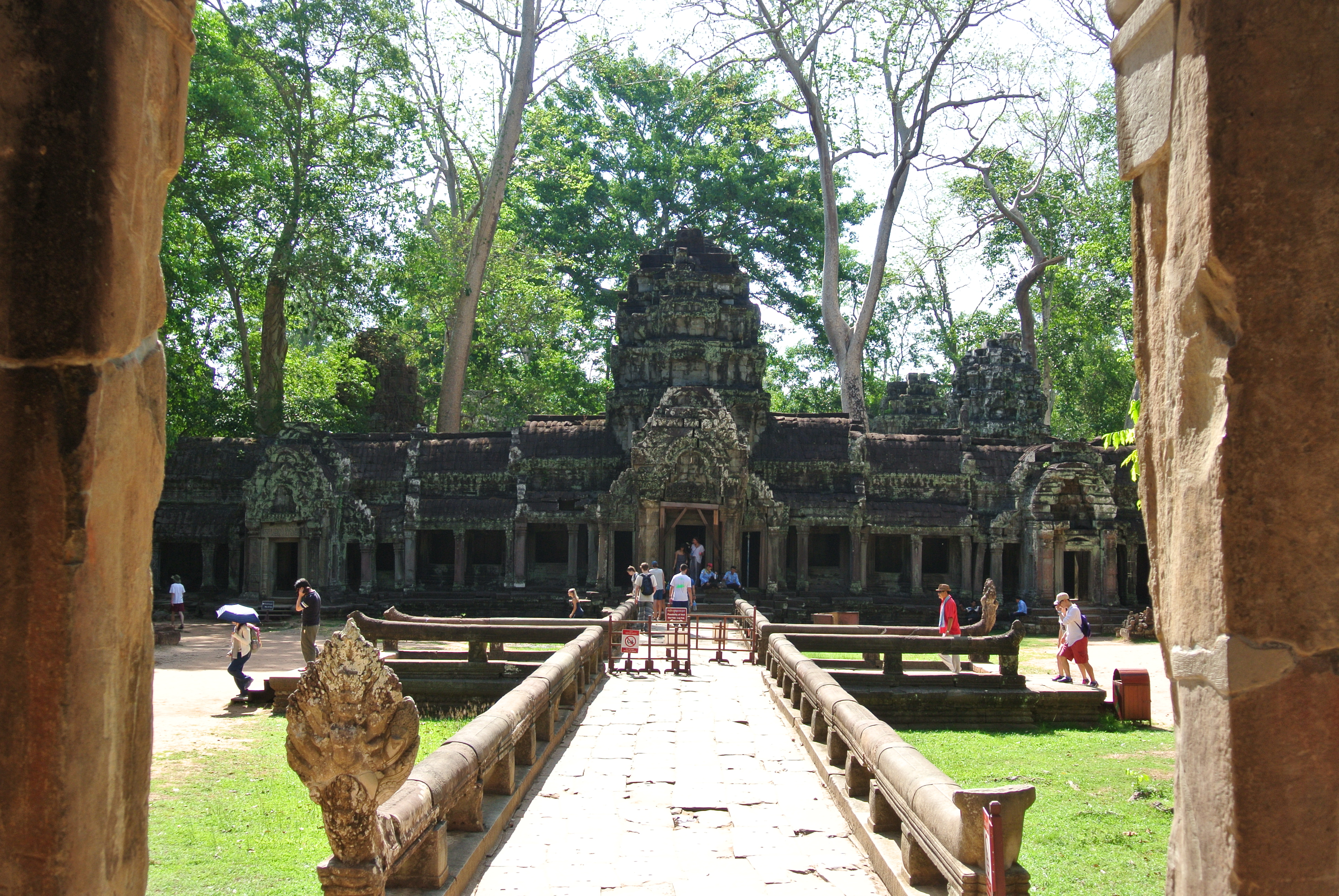 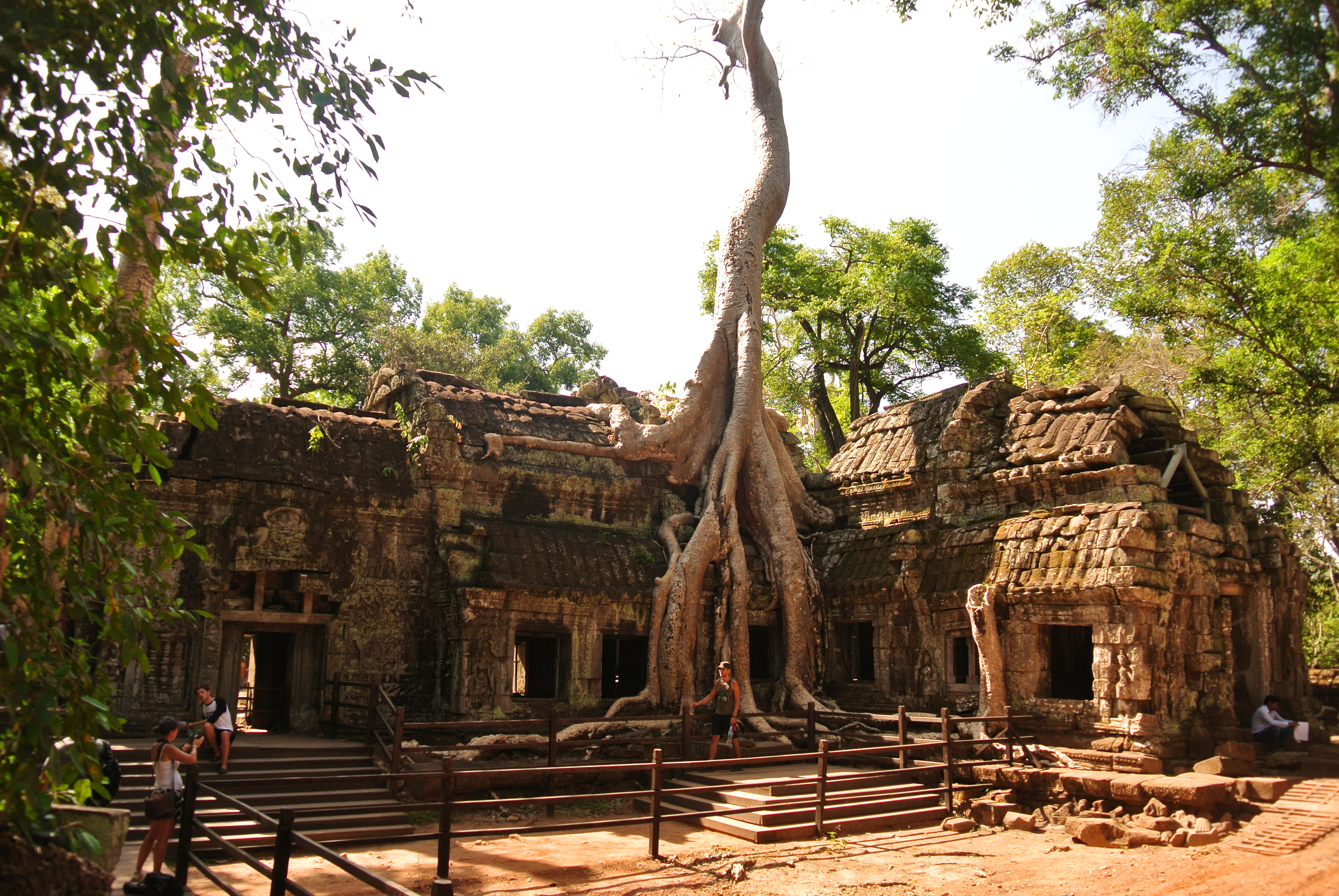 I went all the way to the back and didn’t see anyone.. 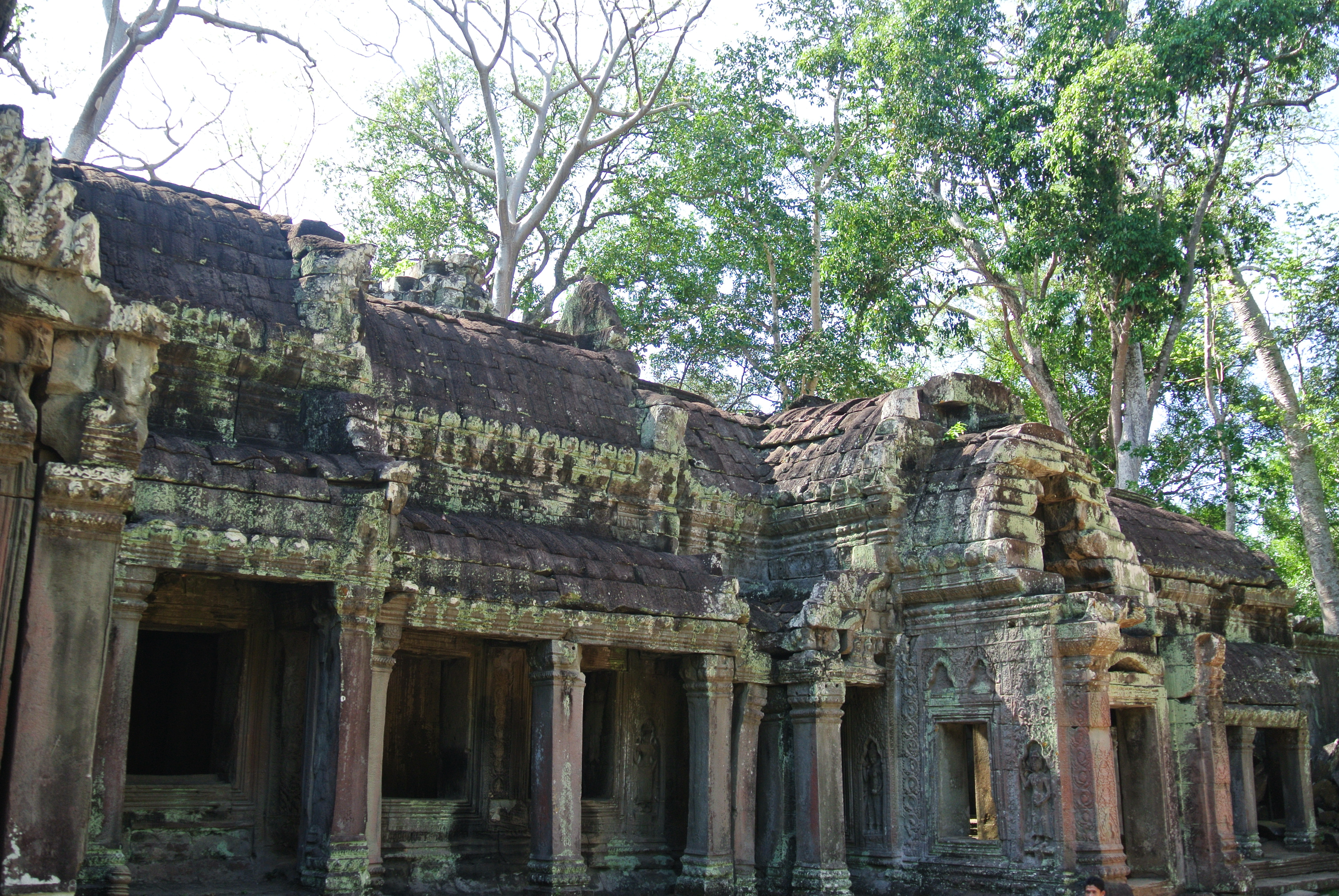 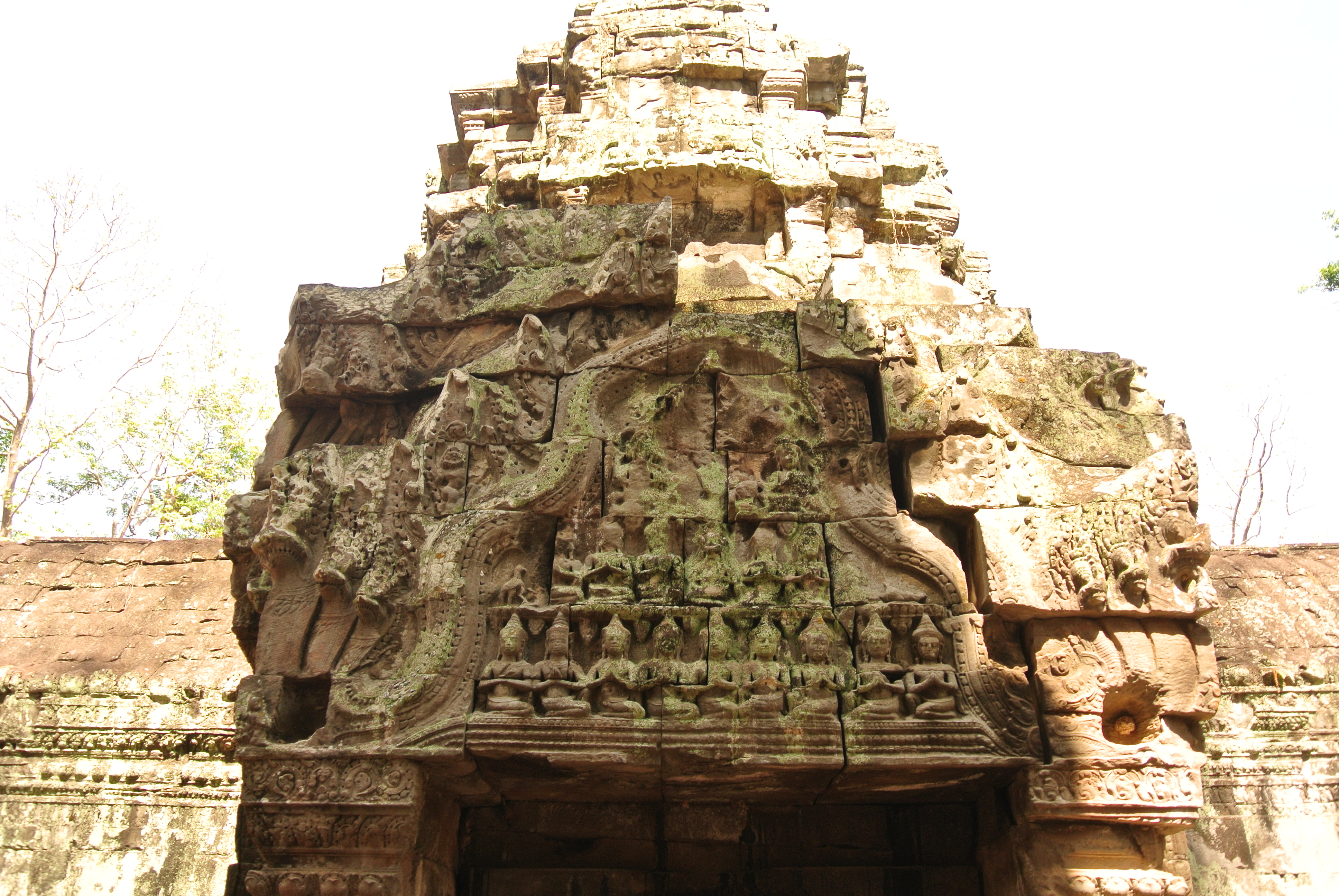 I was ready to turn back until I saw a group of tourists exit from an area I haven’t reached yet, and with renewed vigor (it’s not a waste of time yay!), walked from where they came from. 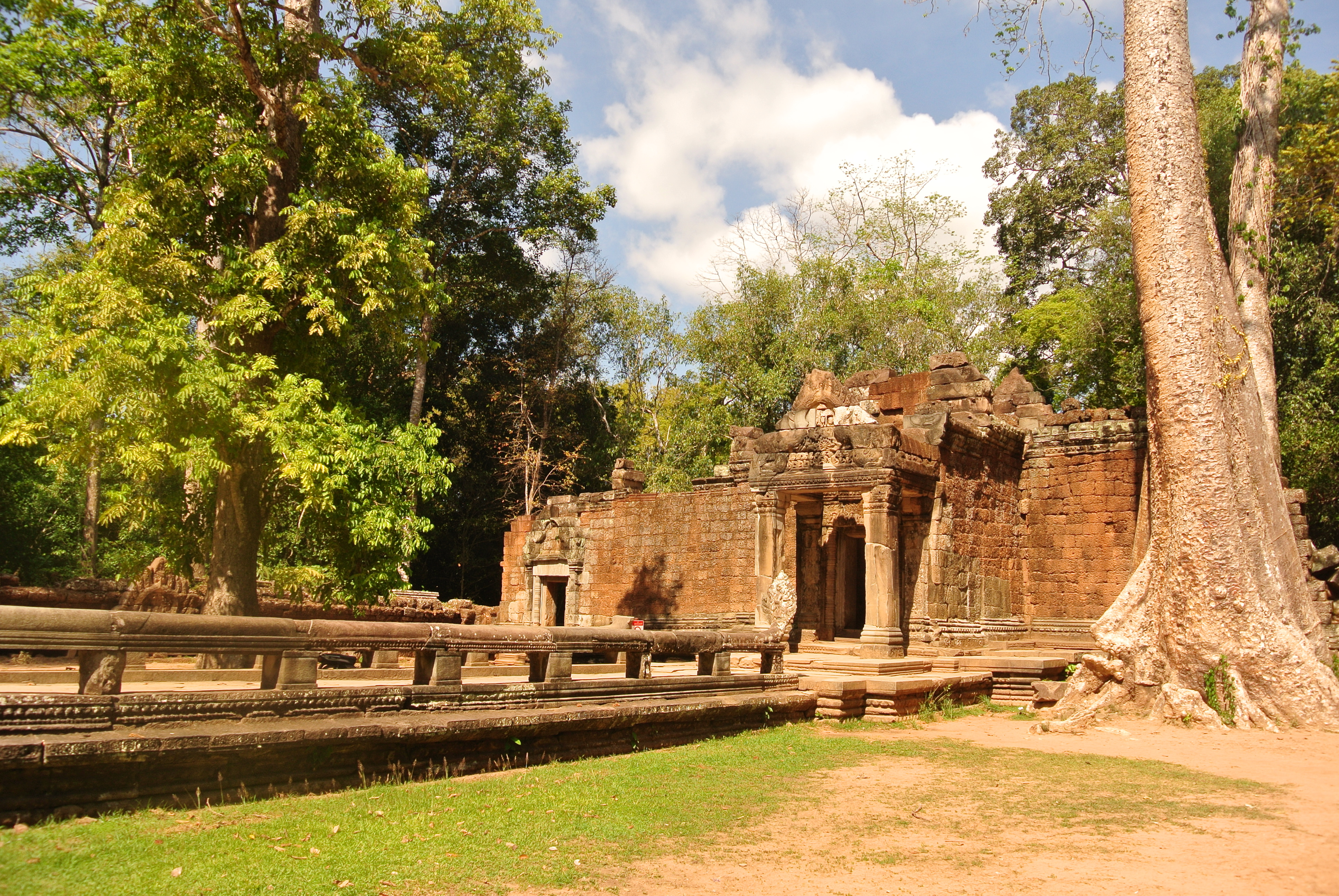 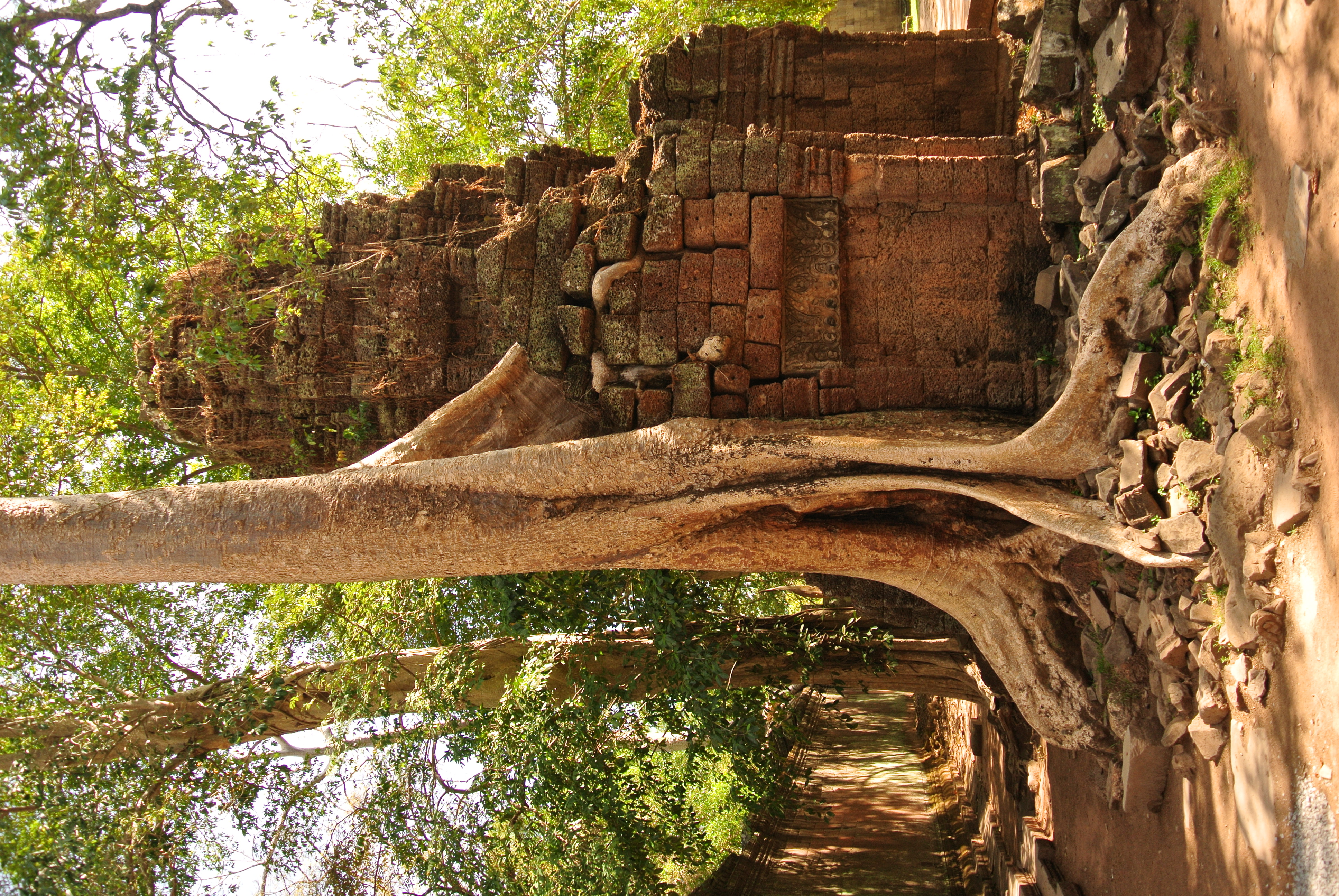 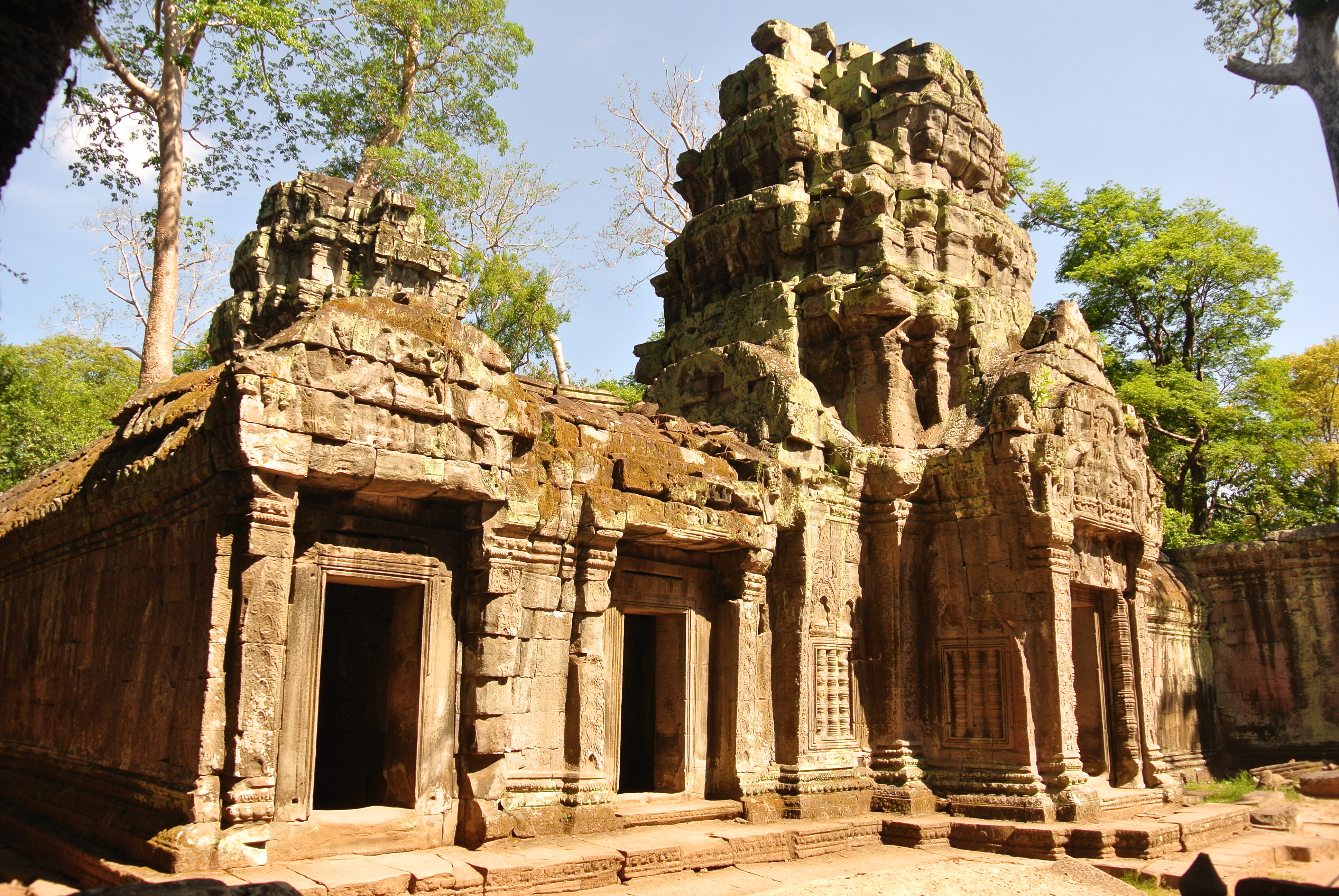 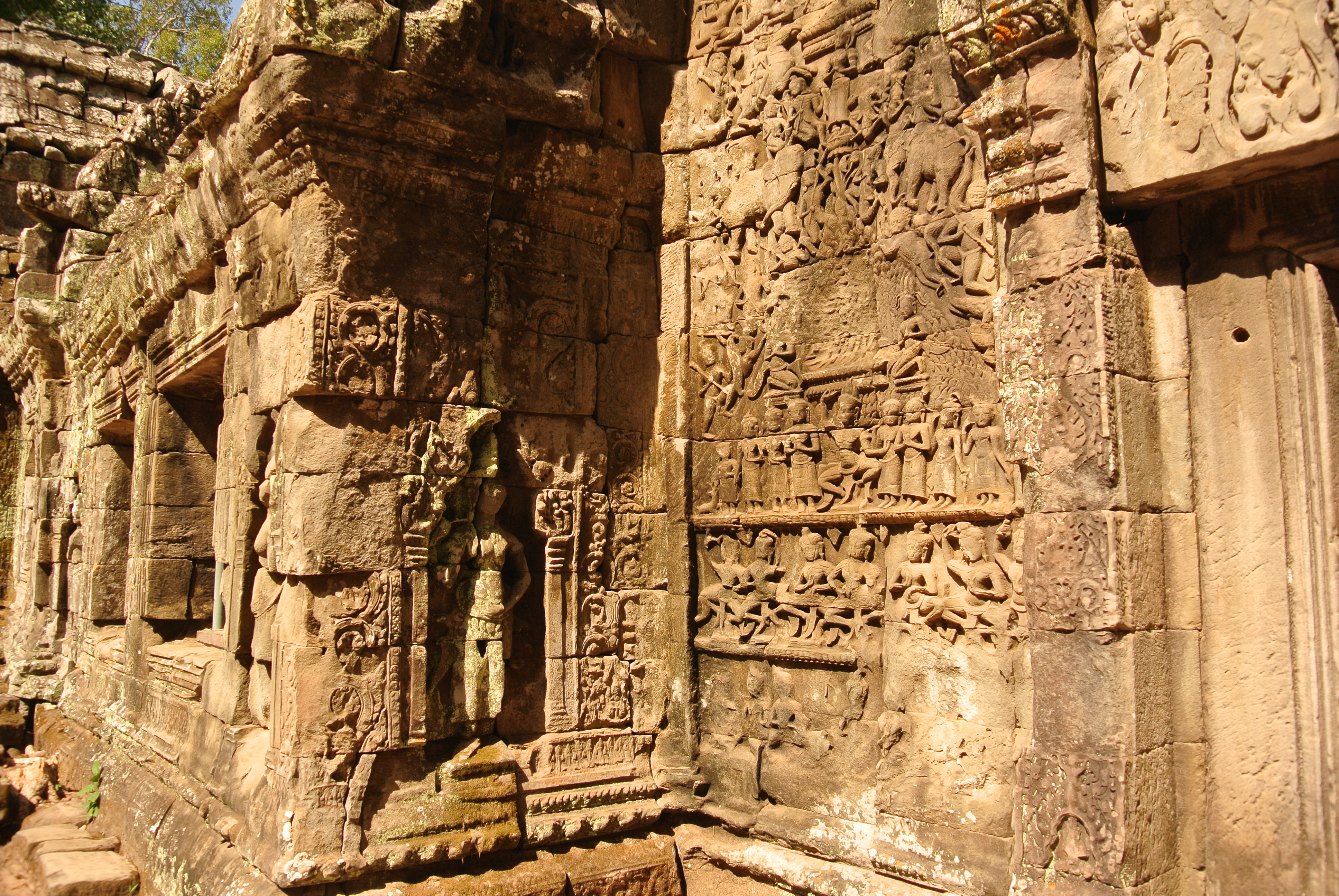 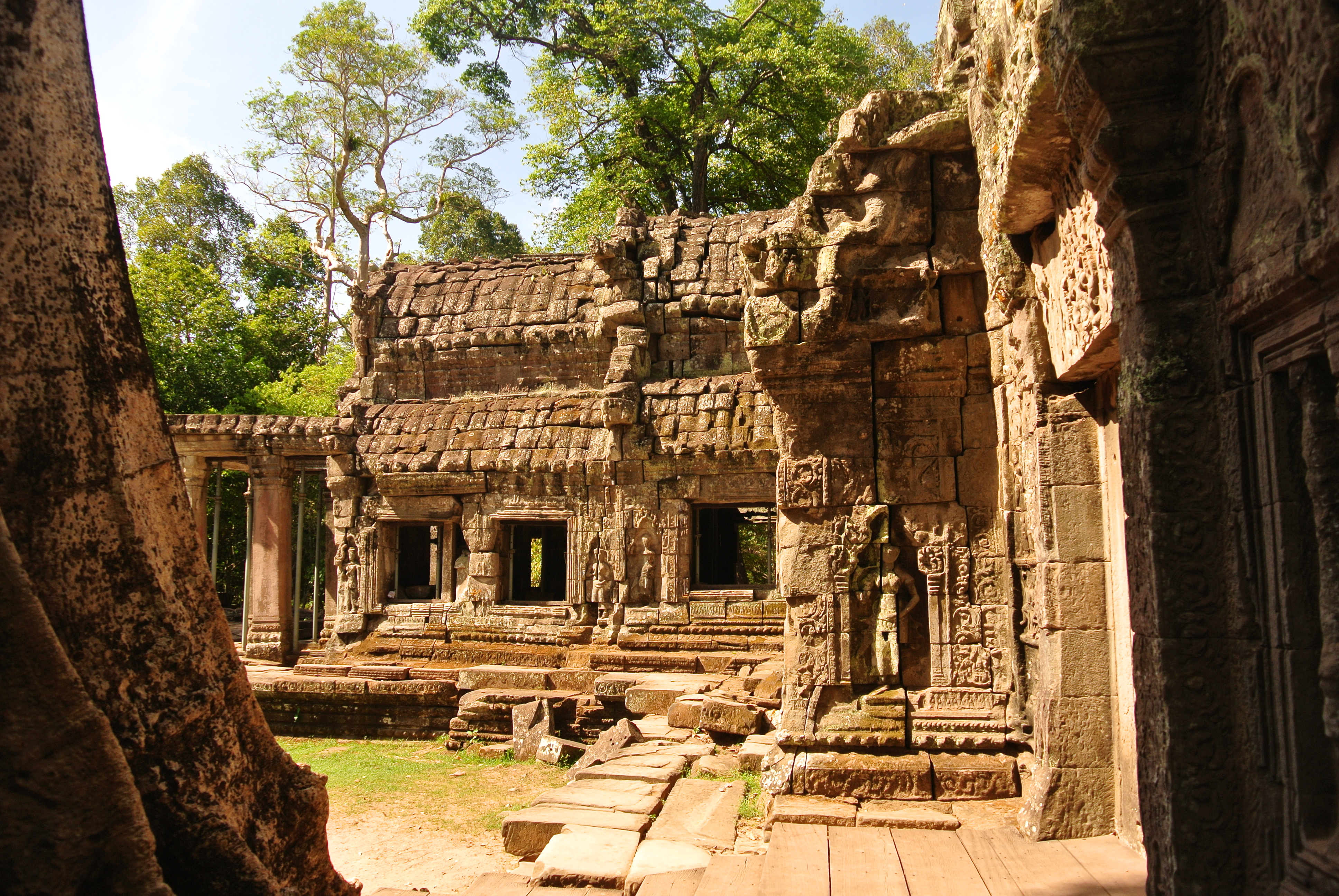 It quickly became my favorite temple because the one word I could associate with it is ethereal. 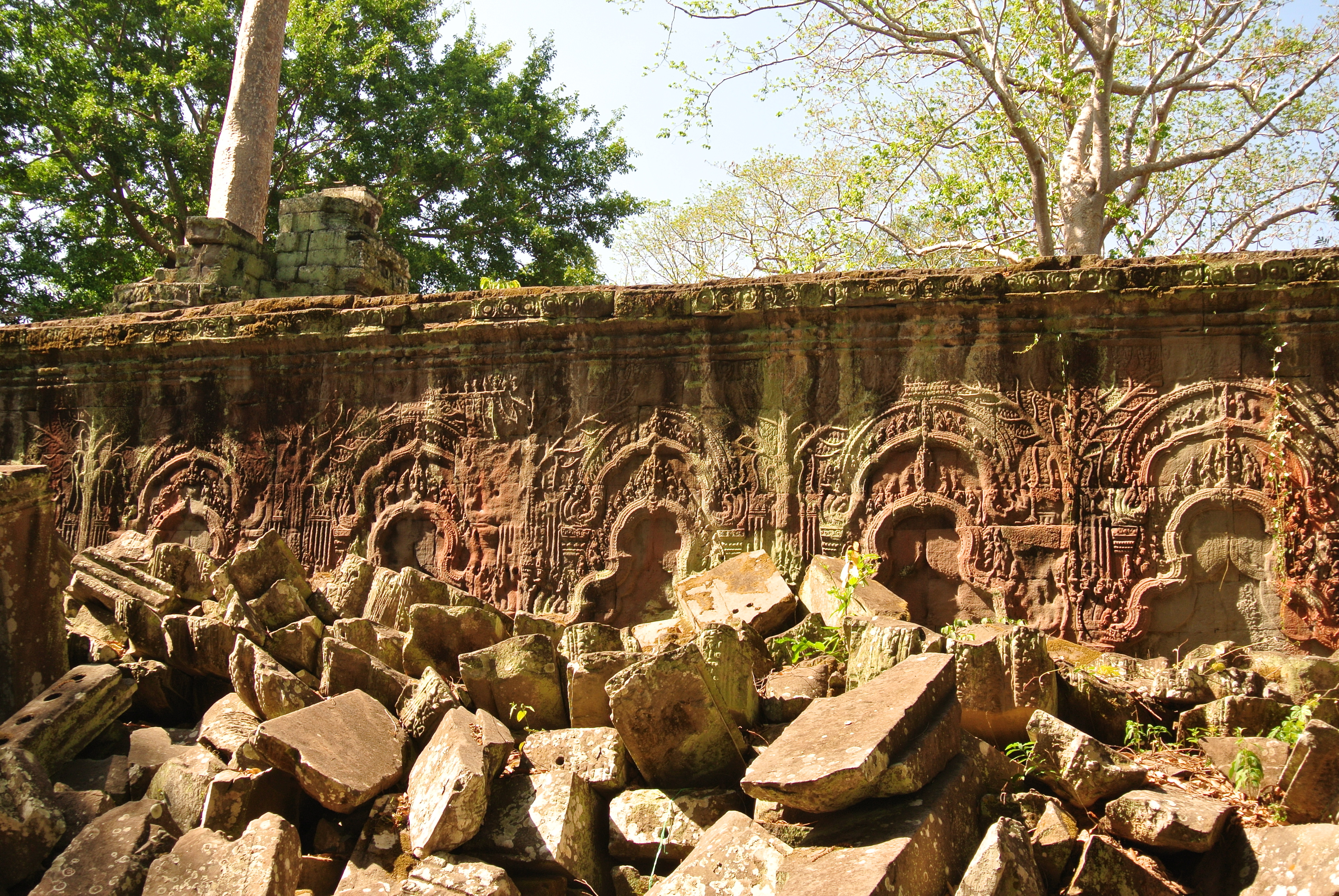 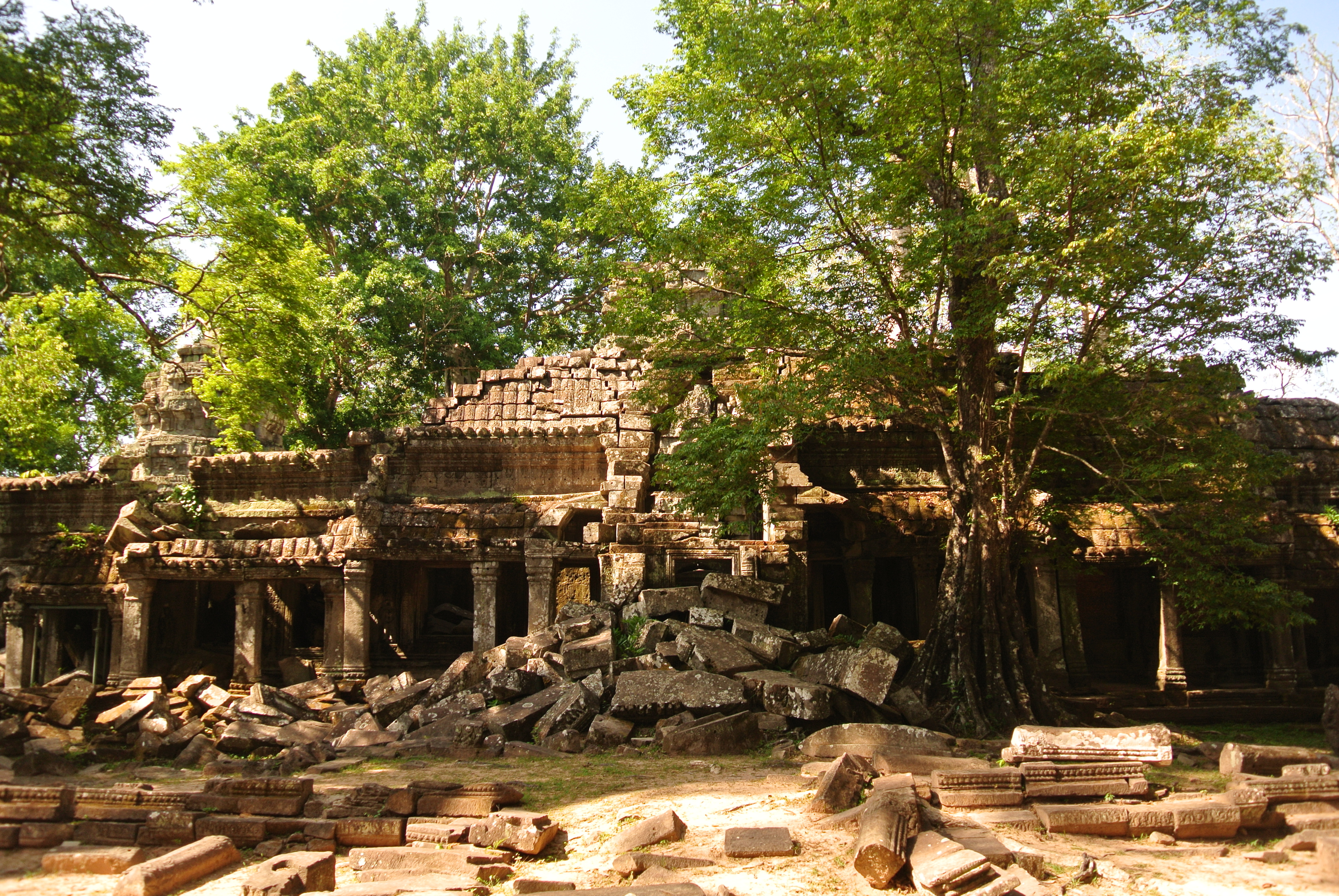 I have always been told that I’m a whimsical person once you get to know me since I’m more Luna than Hermione. And I loved how this place was a splash of multicolored bricks, and my thought process immediately went to “this is the kind of setting a dream takes place in”. At that moment, that description felt so weird but strangely accurate. Scratch that, it still feels the same way while I’m writing this. 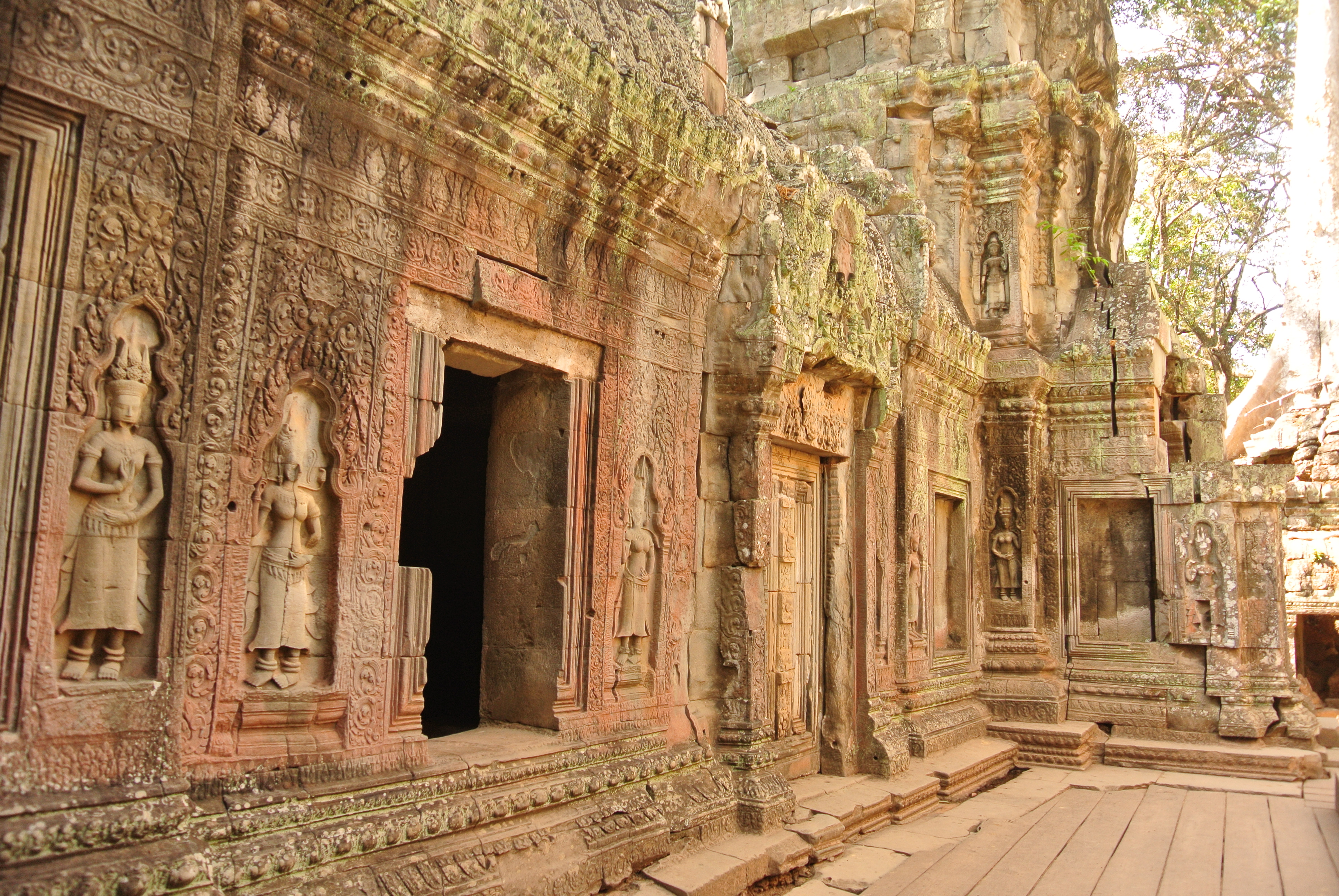 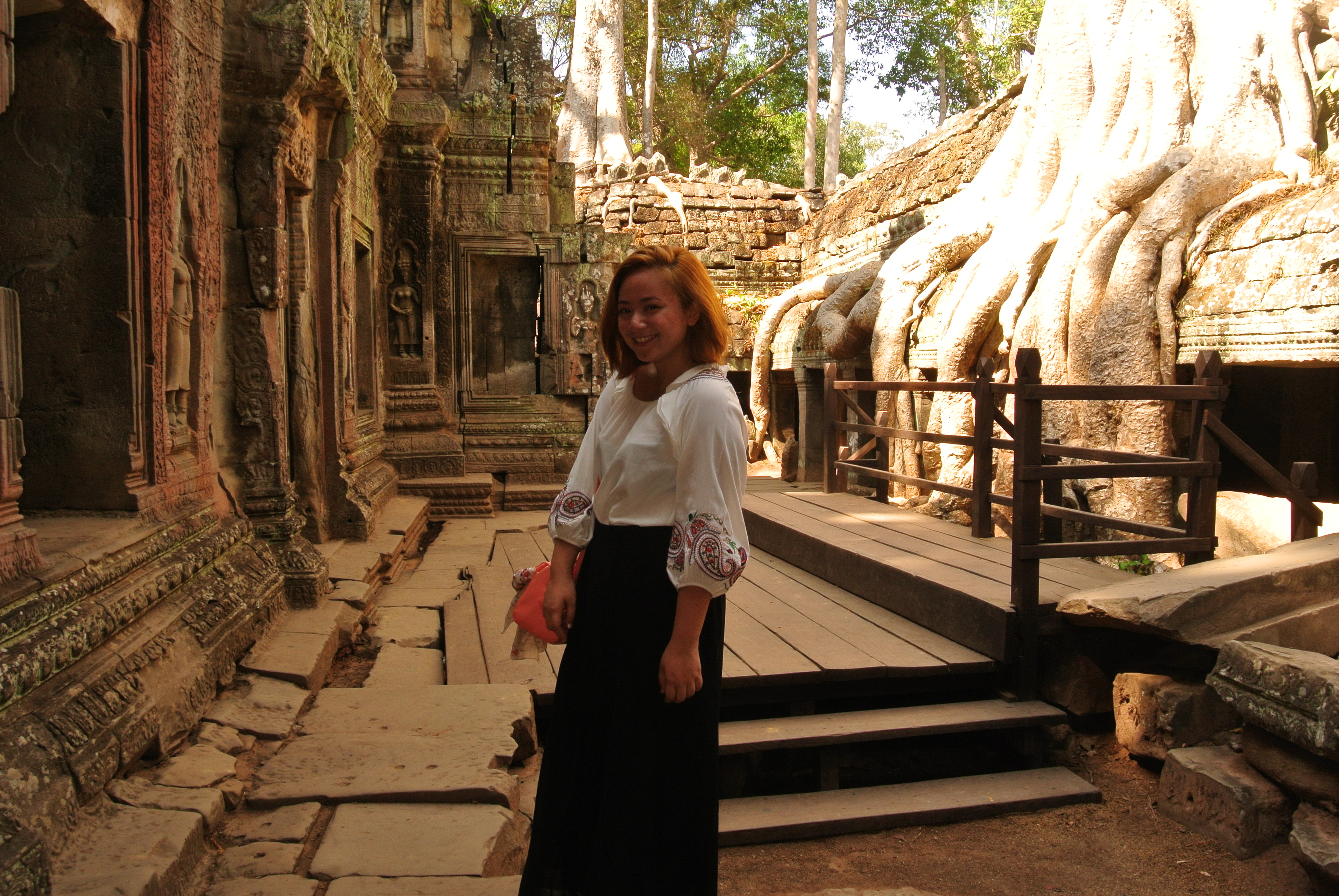 For some strange reason, it is this temple which I have a sincere belief of it being dedicated or modeled for a woman or for one’s family. It just gives off that wise nurturing vibe, the kind that helps mothers put their children to sleep. 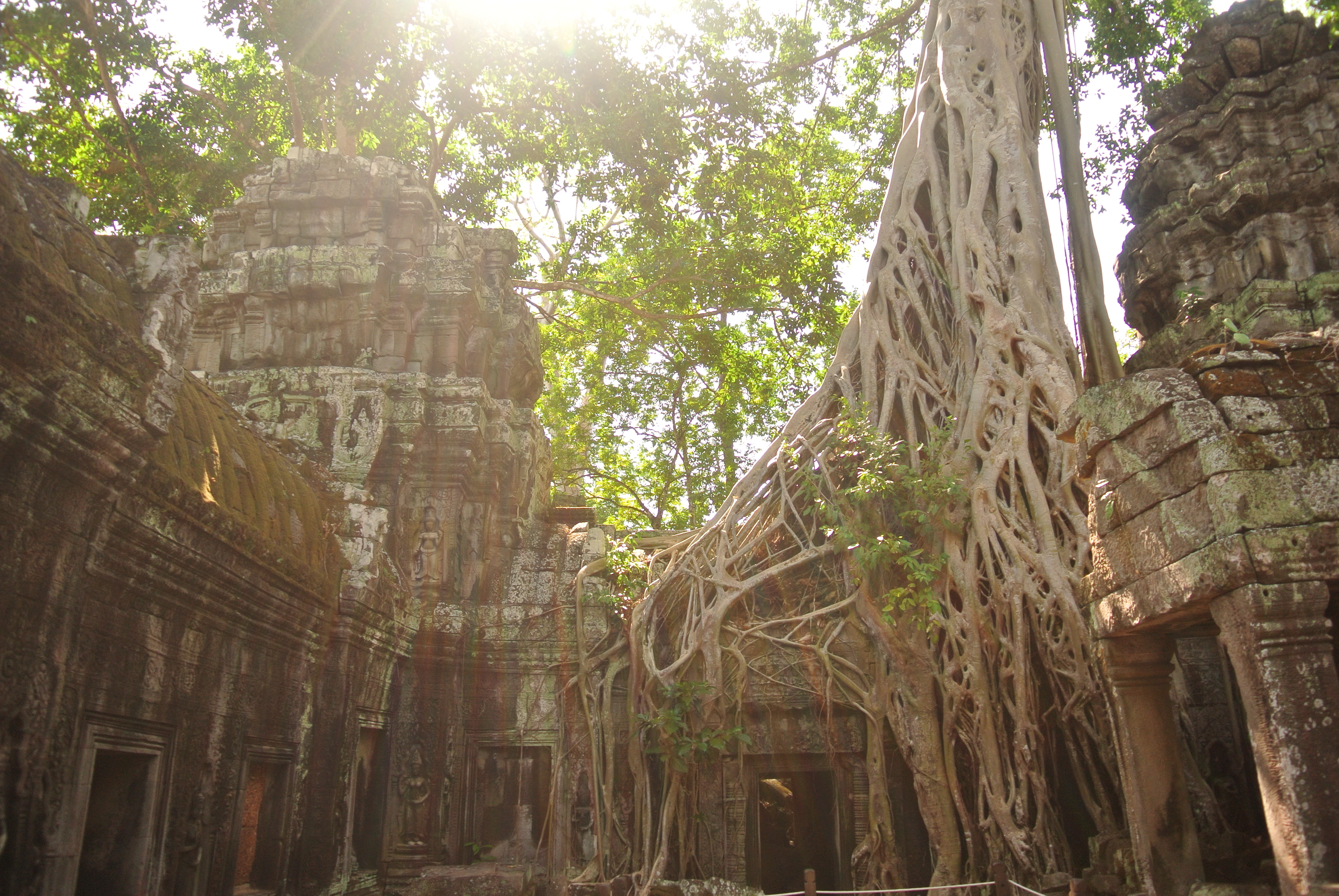 Do forgive me for the curious write up about Ta Prohm – there is something about nature taking over ruins that inspire me to write oddly. Maybe that is the real power of Ta Prohm, the picturesque state of ruin, neglect and [surprisingly] growth, that you just cannot manufacture.