Hello, again! 🙂 I’m writing this fresh from the shower, with a towel still wrapped around my head, and feeling significantly more refreshed than when I went in for a quick bath. I am now a very recent believer that water cleans us all – literally and metaphorically. Maybe that’s why Archimedes screamed eureka while in the tub or why a lot of people go through their life decisions while showering, because the dirt and the doubts all go down the drain. When everything else is washed away, and if you’re lucky, you are left standing with your clearer thoughts.

The Angkor Thom is the last standing city of the Khmer empire which is why it had an entire complex with numerous structures. One of those is Baphuon Temple. It had the usual Khmer architecture – which I only even distinguished because of the high tower-like roof that is still present up this day, albeit those have adapted to the modern times. 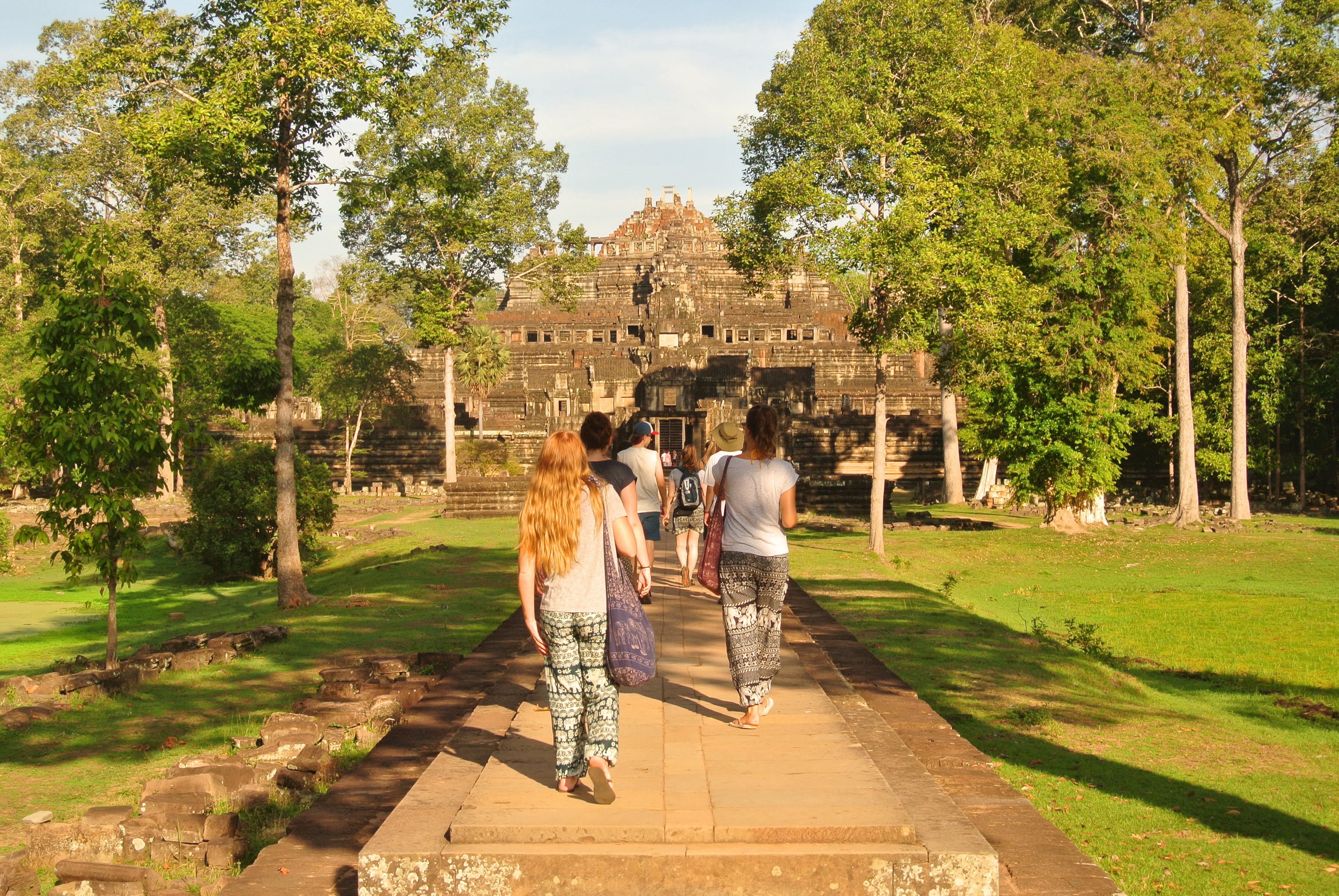 The temple is a Hindu temple dedicated to Shiva (quick Google search: she is one of the trinity deities, hence, a very important god). 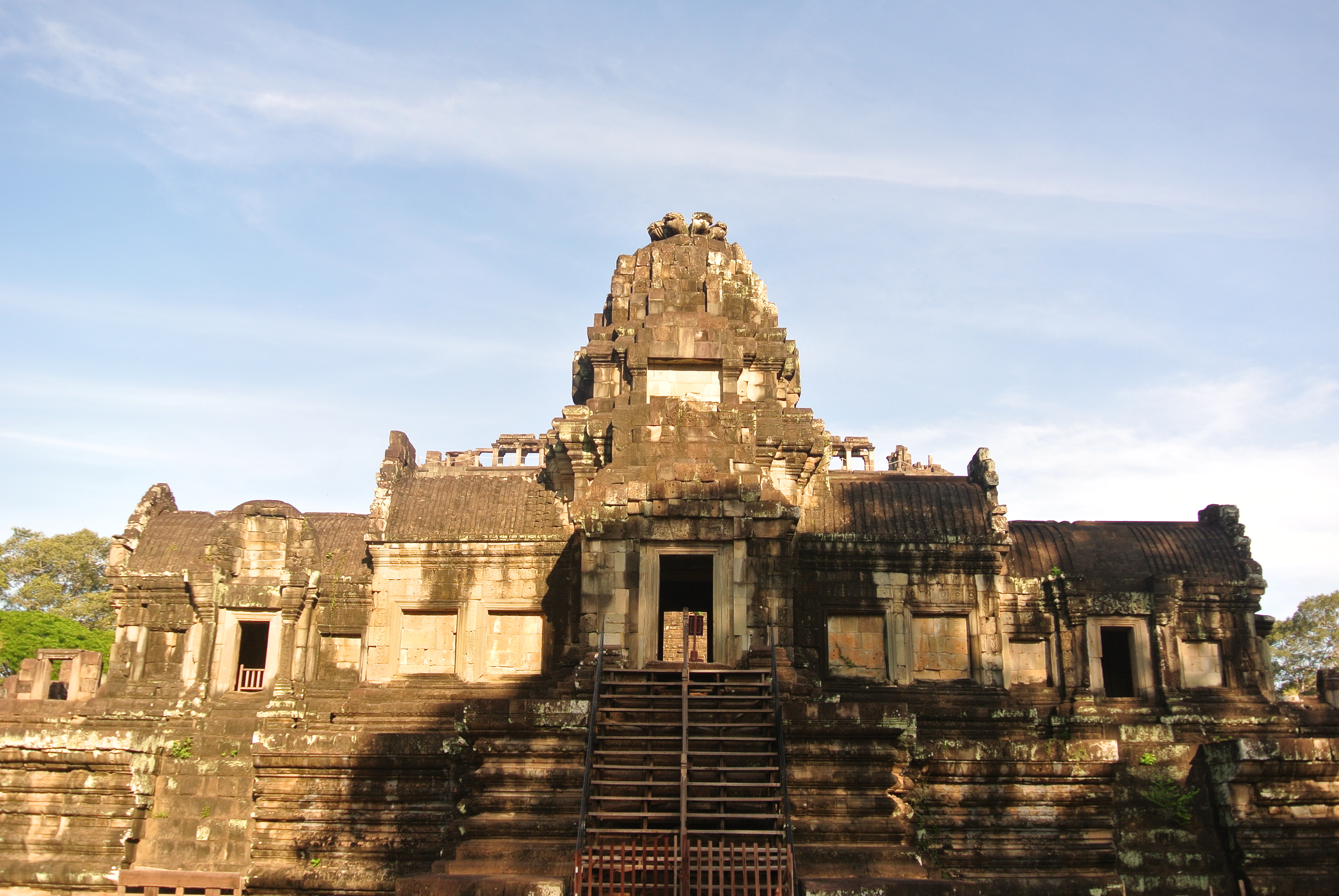 Near the pathway to the temple is a map for the tourist flow which I took a photo of as a guide on where to go next. It led me to Phimeanakas, the ‘celestial temple’ (thanks, Wiki!). 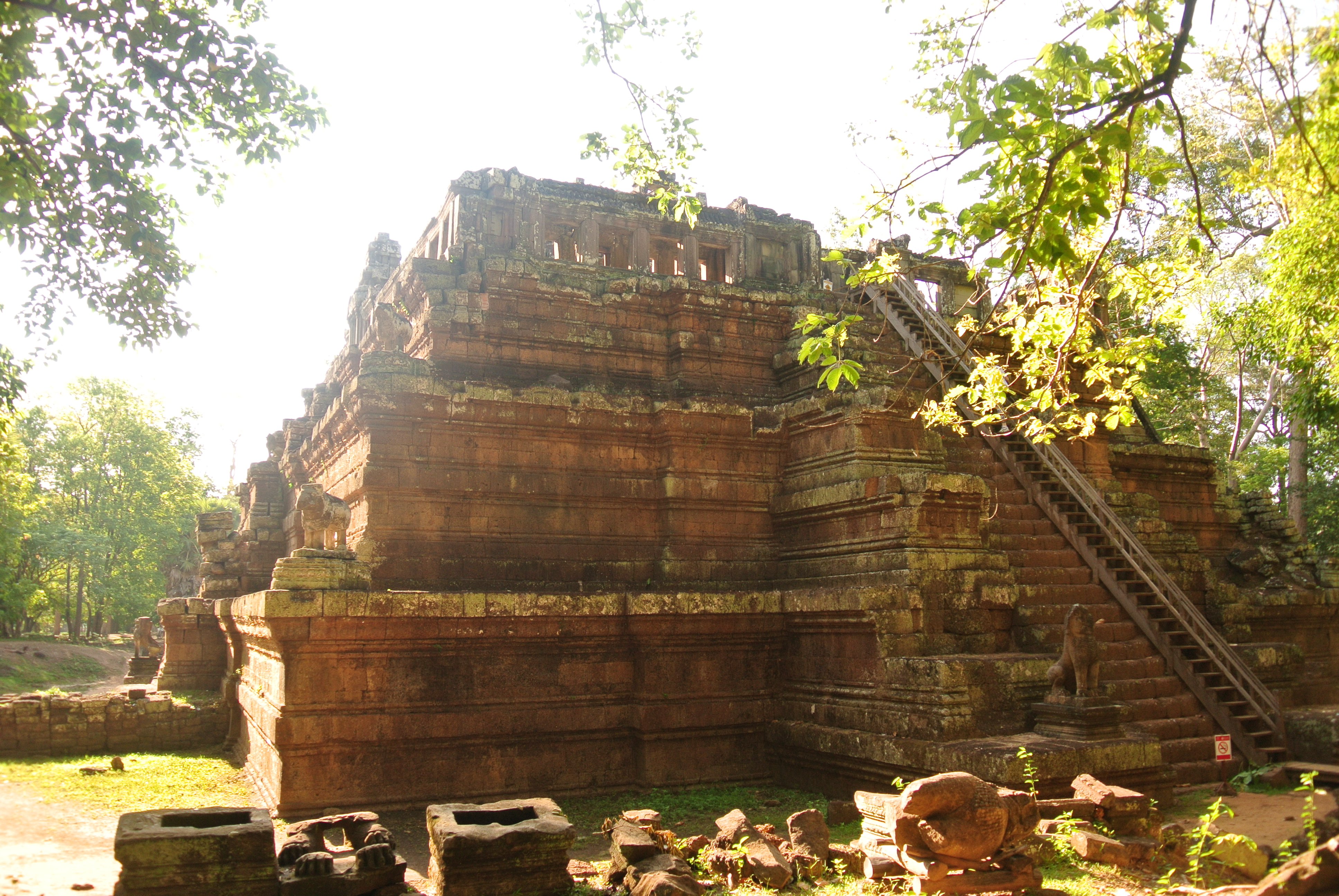 I didn’t see any signs outside the temple, aside from the one that cautions people to use the wooden stairs instead of the original one. It may not seem too high in photos but the stairs were really steep. 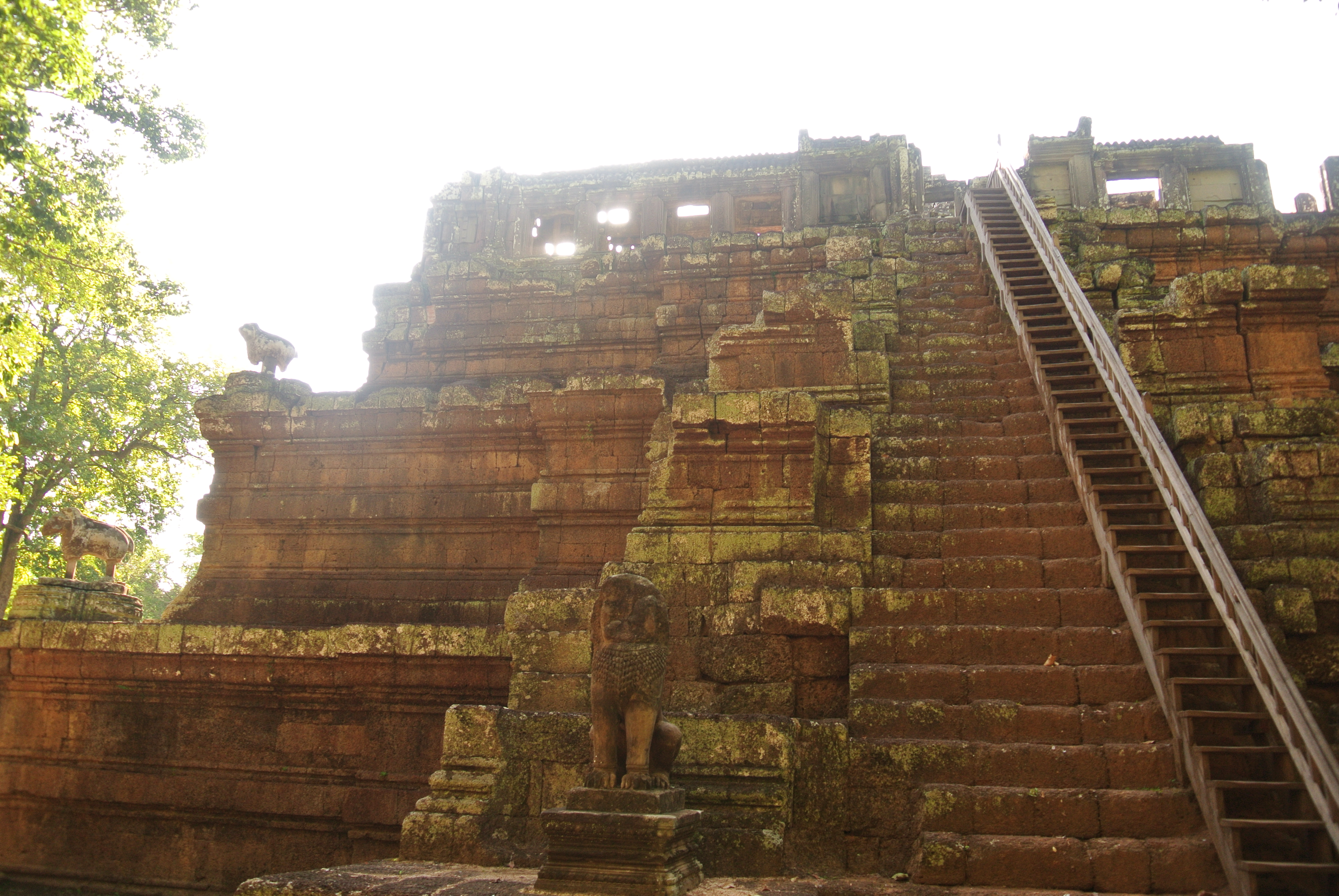 If you have a bit of acrophobia, I suggest to not attempt the climb though because I had no fear of heights but I had to admit that the tallness of the structure had a part of me that was terrified. 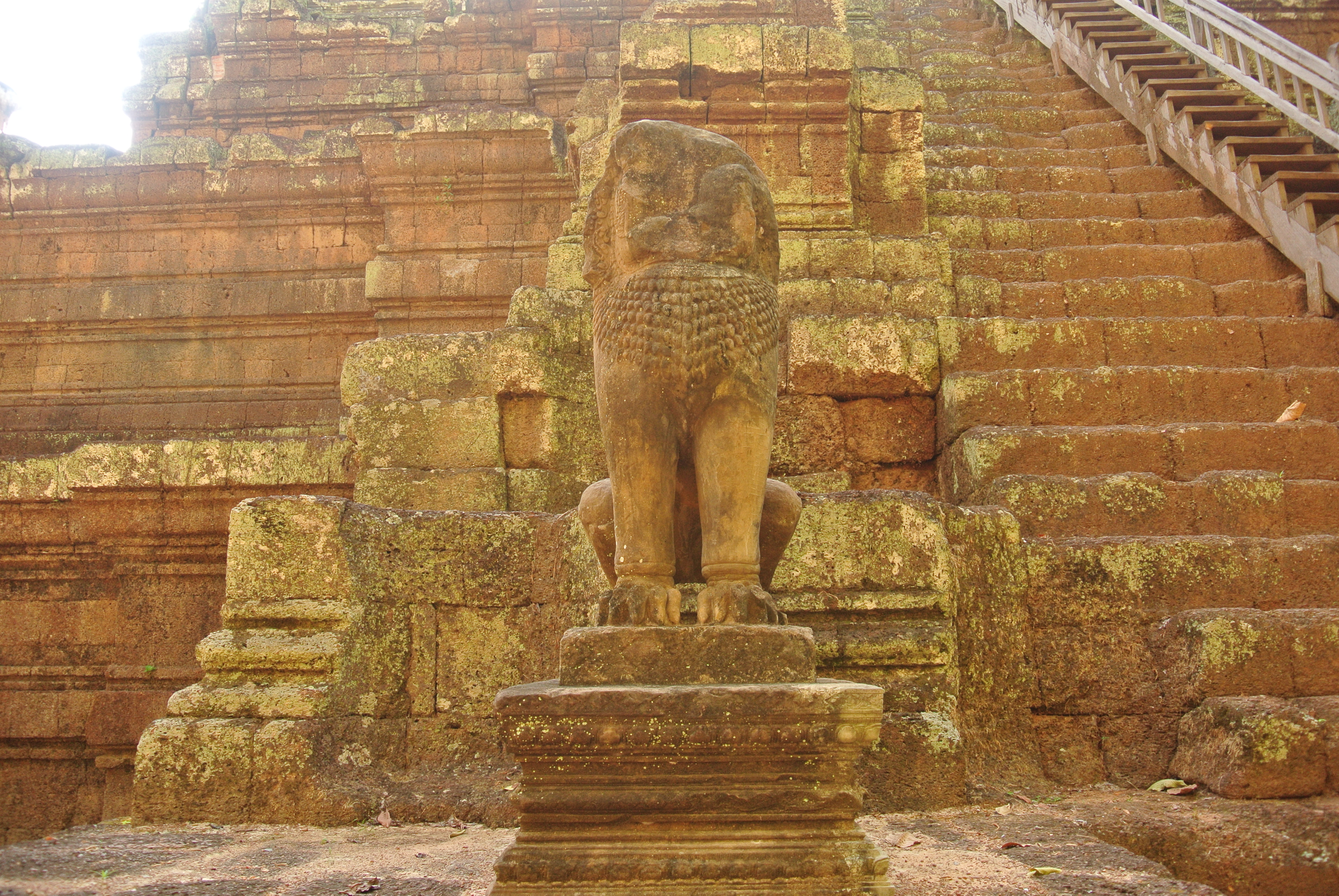 Nearby was the pool for the royal palace. There were a number of pools, and there were designations on who can use each one of them. If I remember correctly, the pool that the current ruler uses is different for those of the concubines. 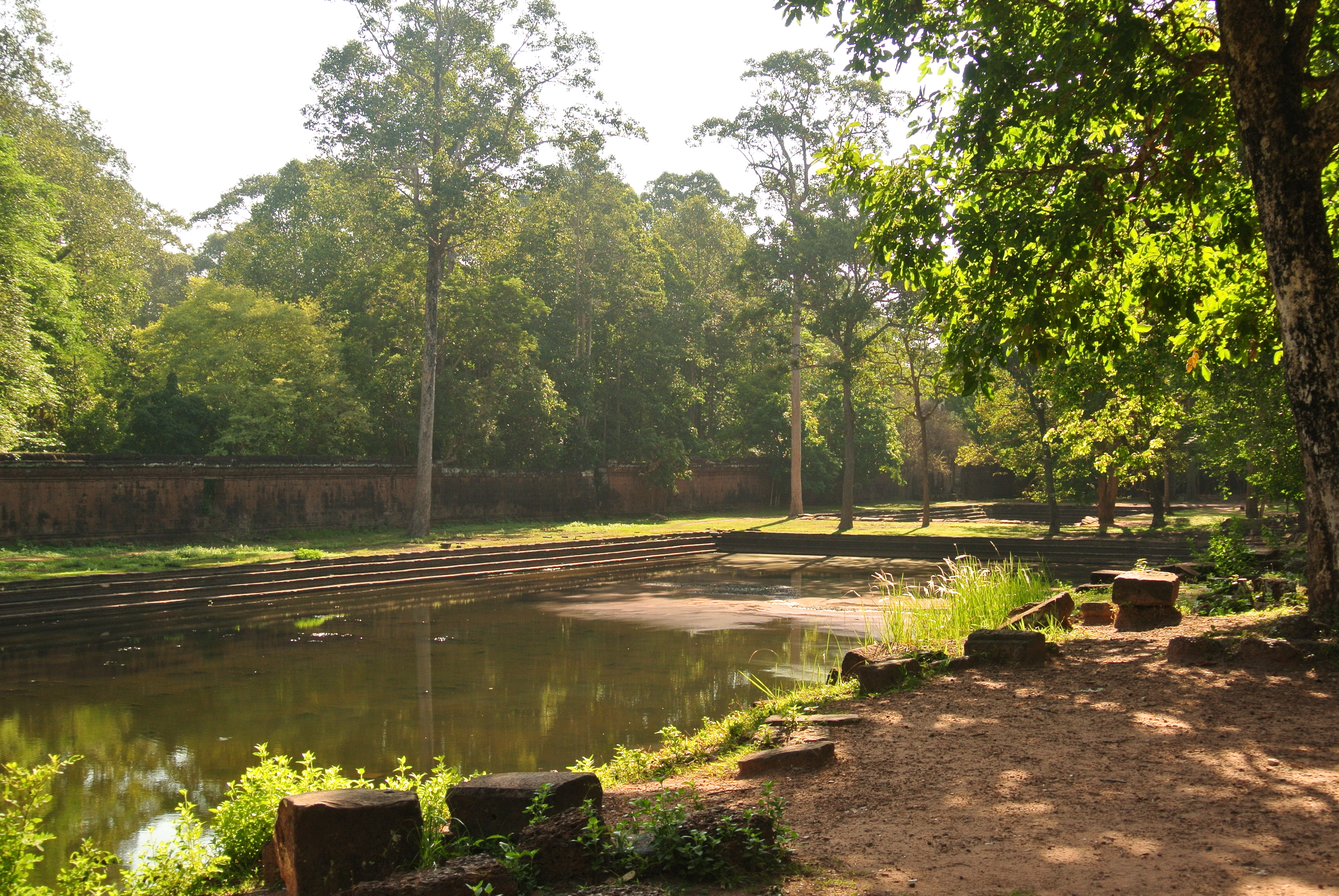 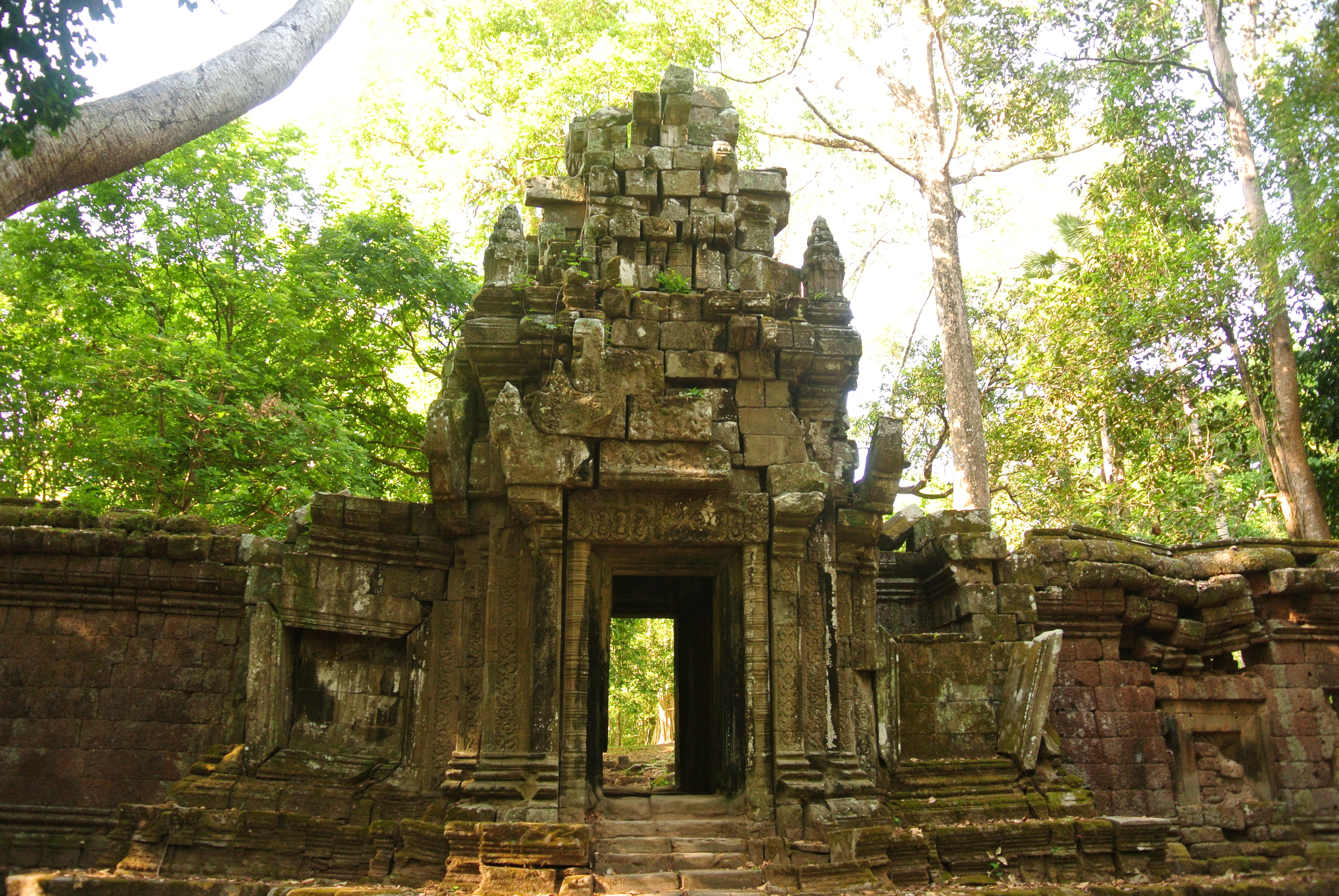 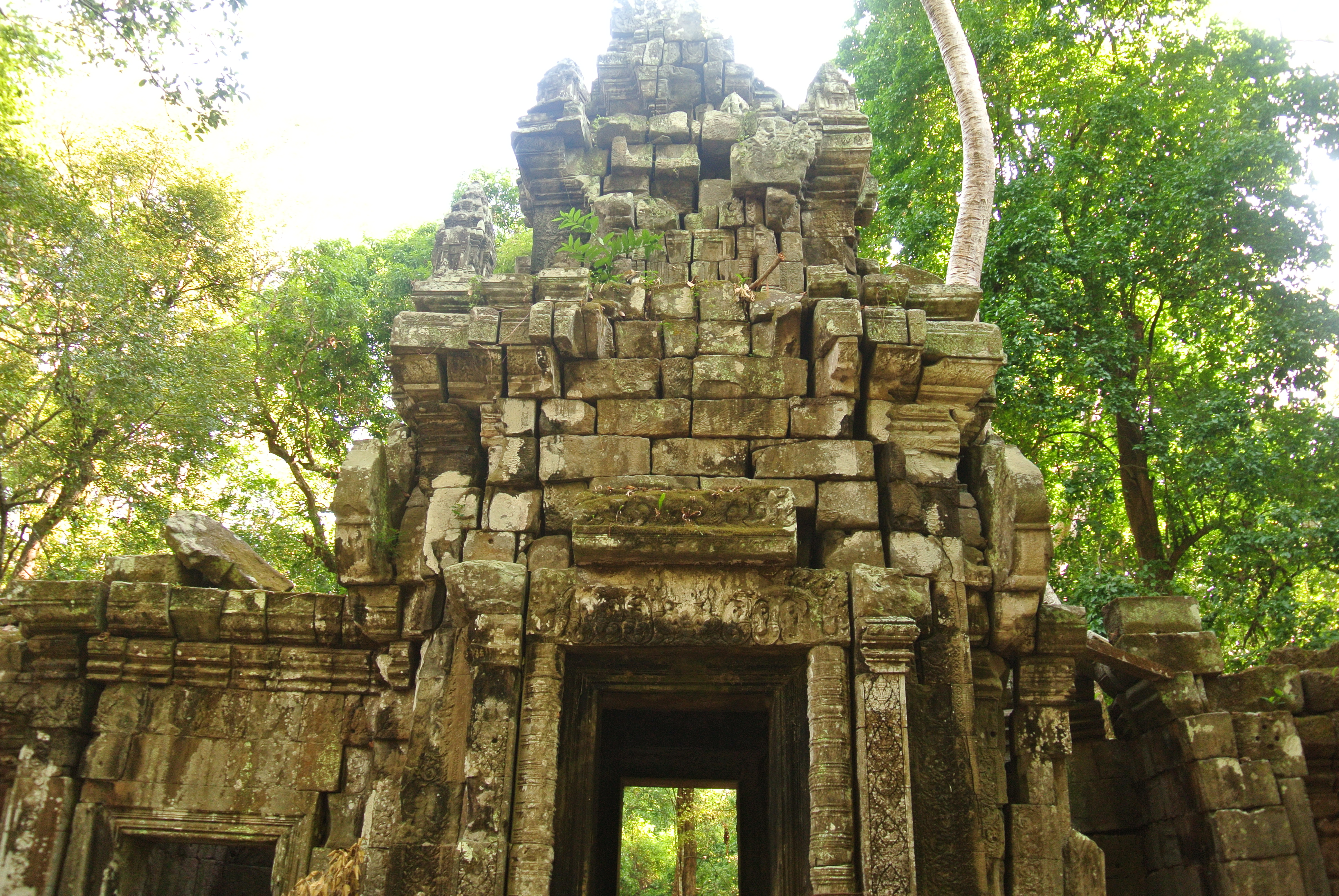 I got super lost looking for my way back as I was relying on the photo of the tourist flow and got me into the ‘woods’ part of the complex. I did get to Preah Palilay and Tep Pranam (I even bought a can of Pepsi in a store nearby, breaking my no soft-drink diet) but got a bit scared because once again, I got hoarded by unofficial tourist guides! Ugh. I was so thankful when I got to the Leper King Terrace and Elephant Terrace, where my driver, Tet, was waiting for me. The one for the leper king was a U-shaped structure with a lot of carvings – are they lepers? I do not know. 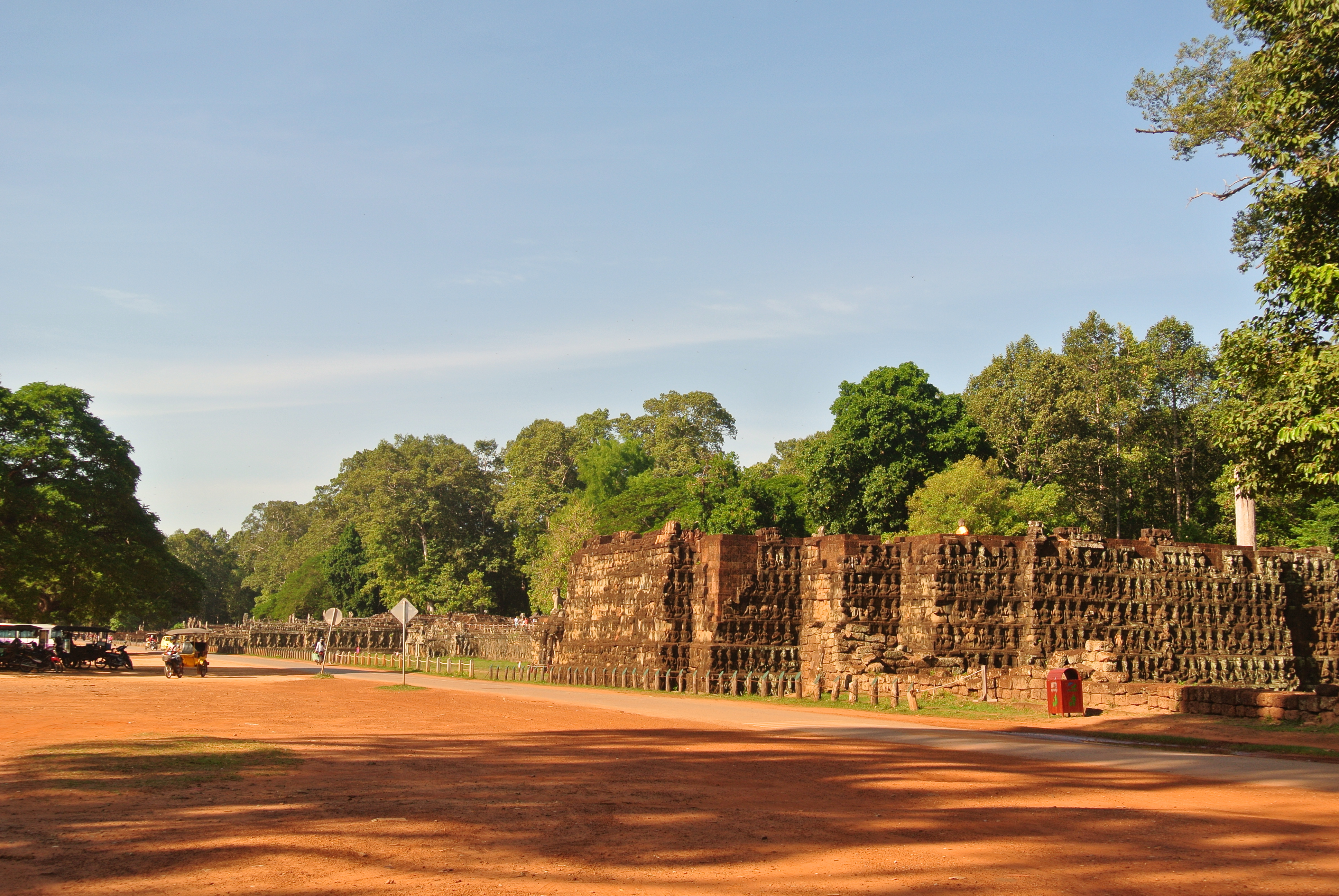 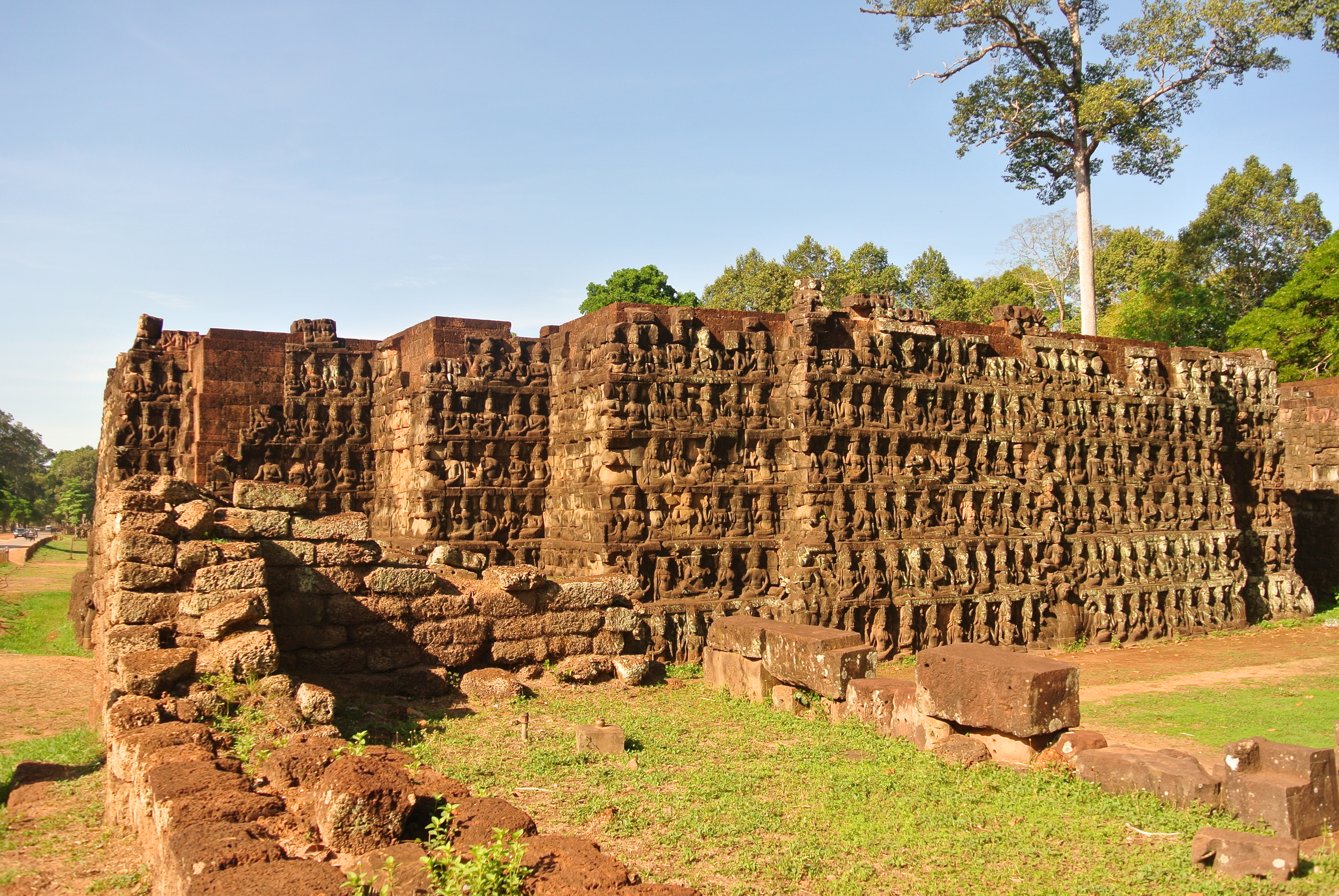 From this photo, you can see the elephant carvings in the Elephant Terrace (well, duh). However, it was being restored at that time and off limits to tourists (orange cones hinder entering). 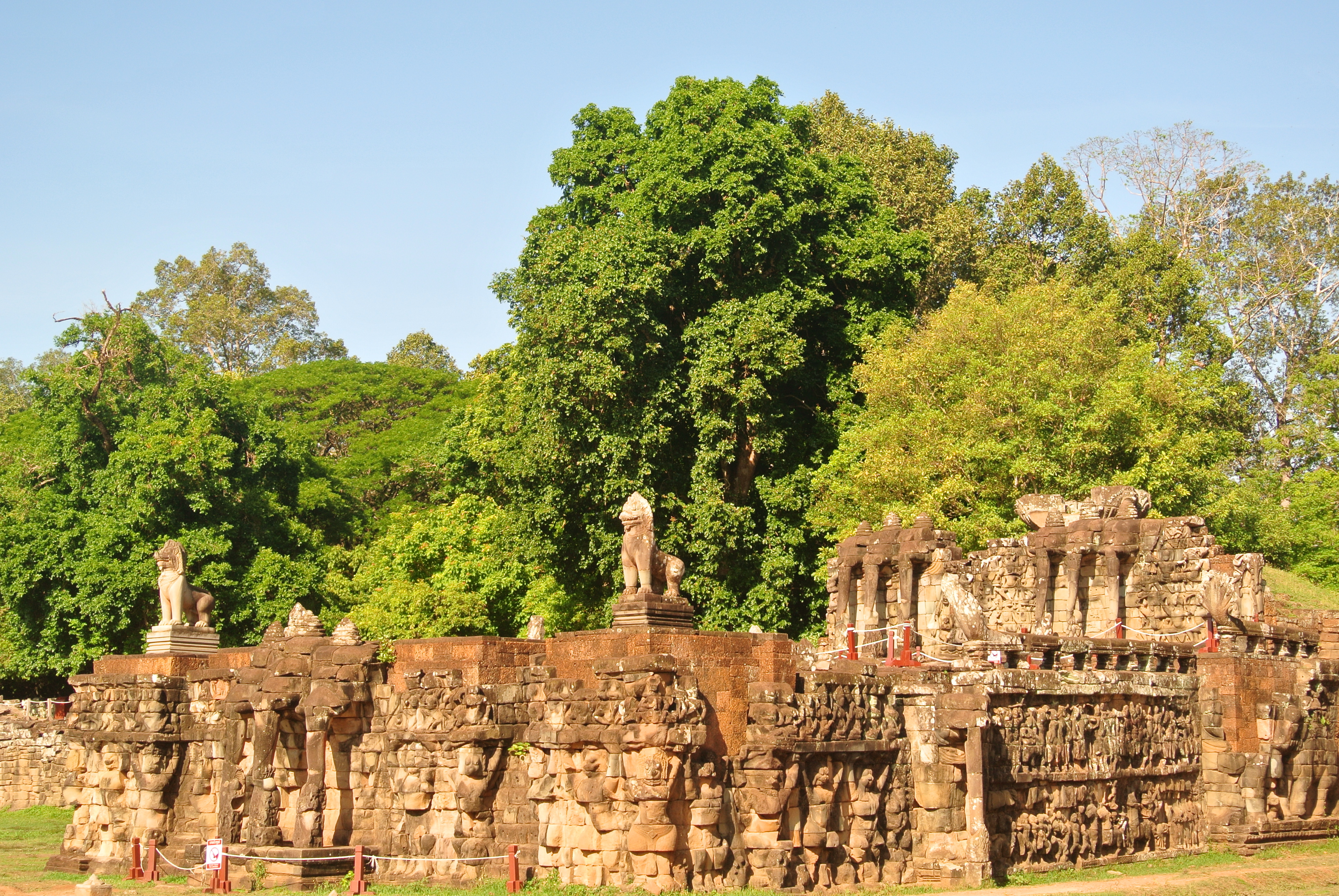 Across both terraces were more ruins. I went to one of them, the Preah Pithu Group. 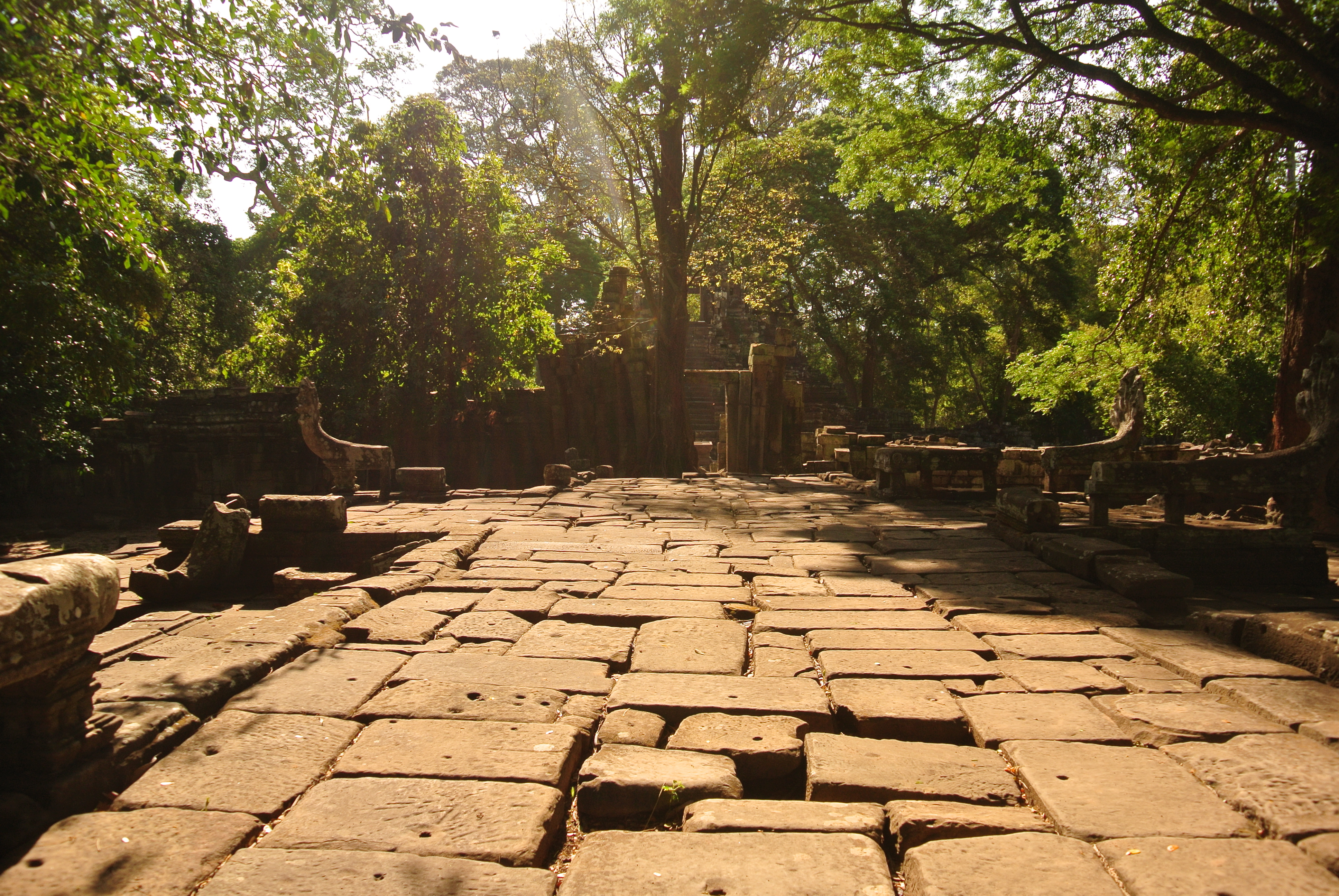 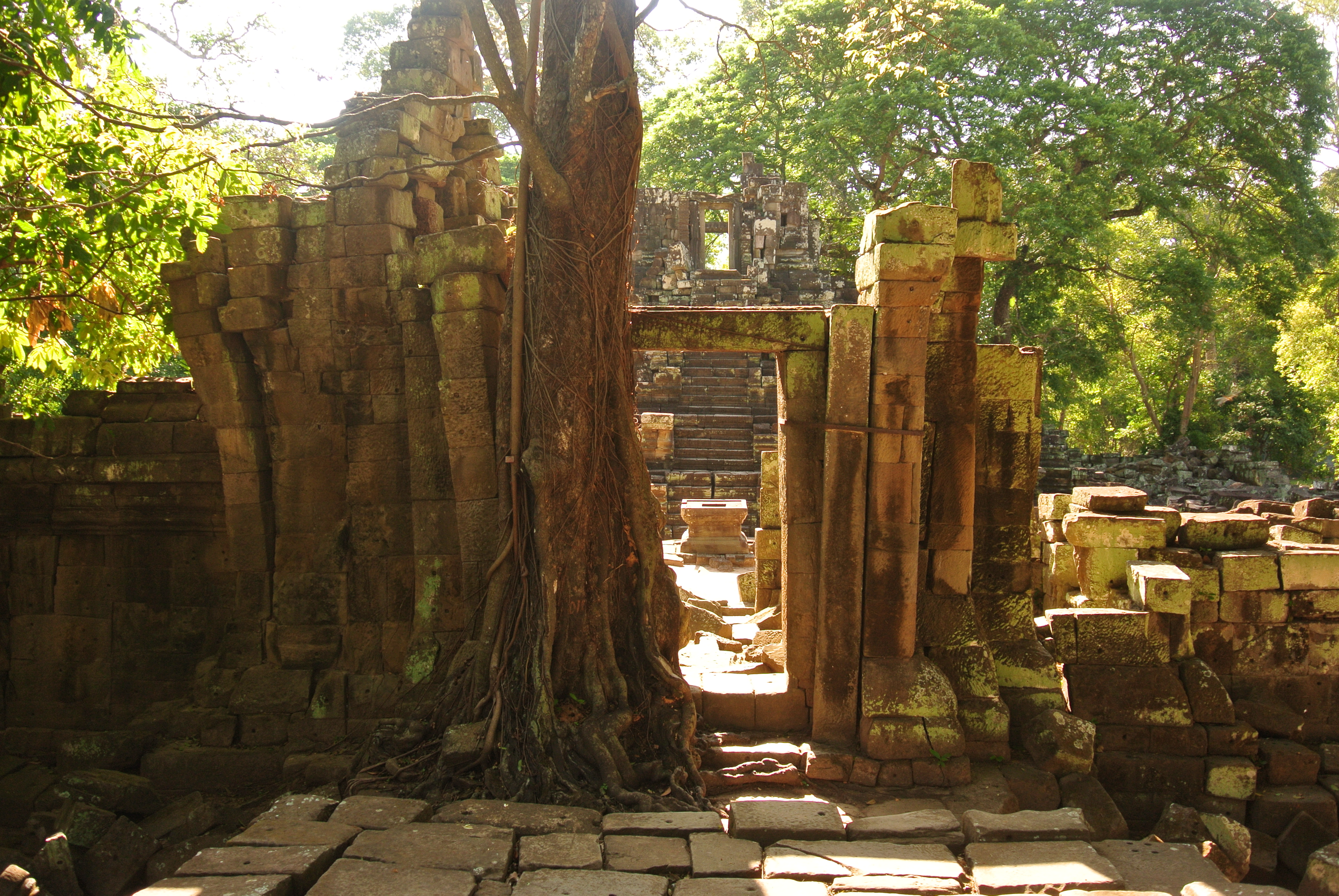 A deity may have once been there.. 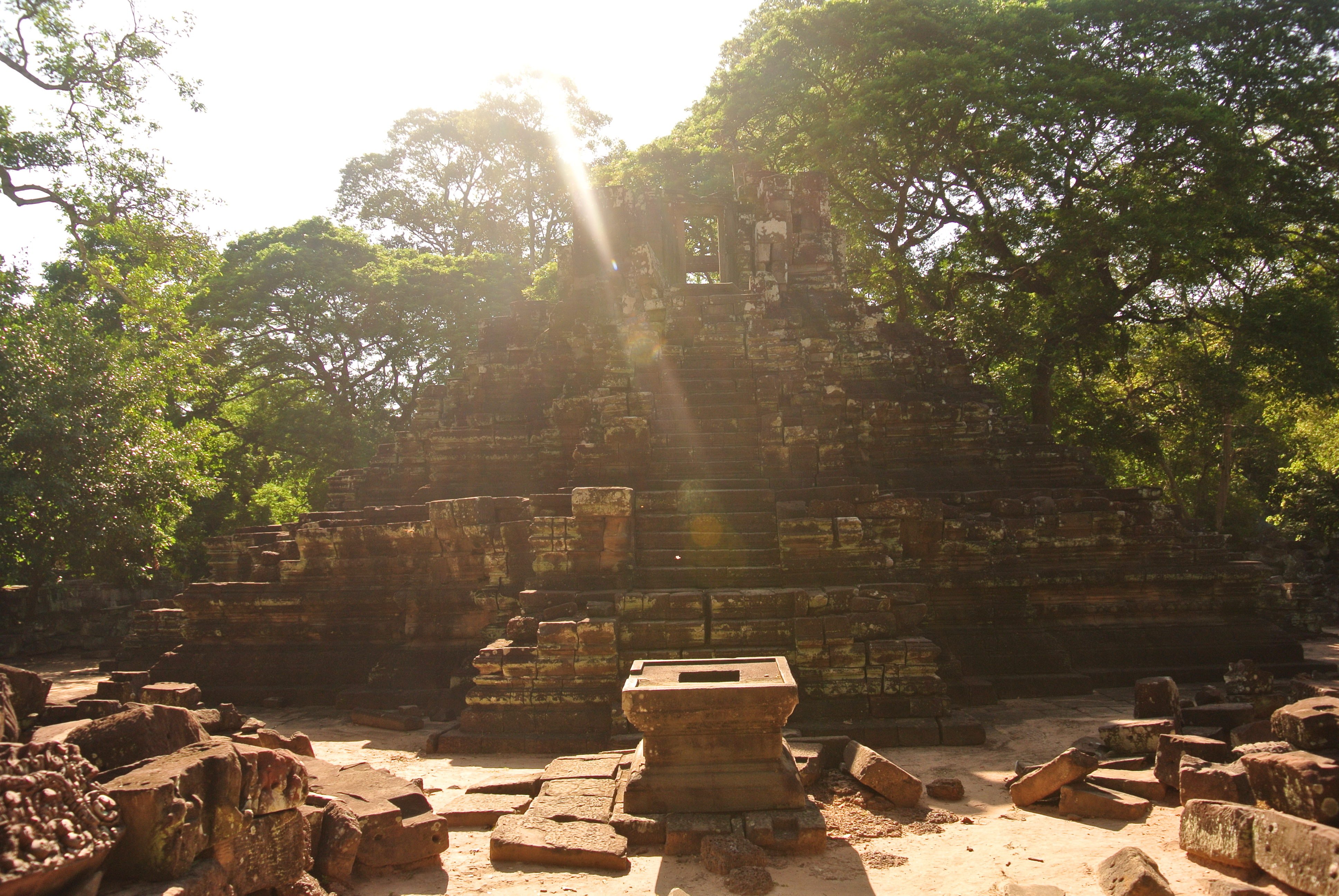 There were other ruins as well, the North Khleang and South Khleang. 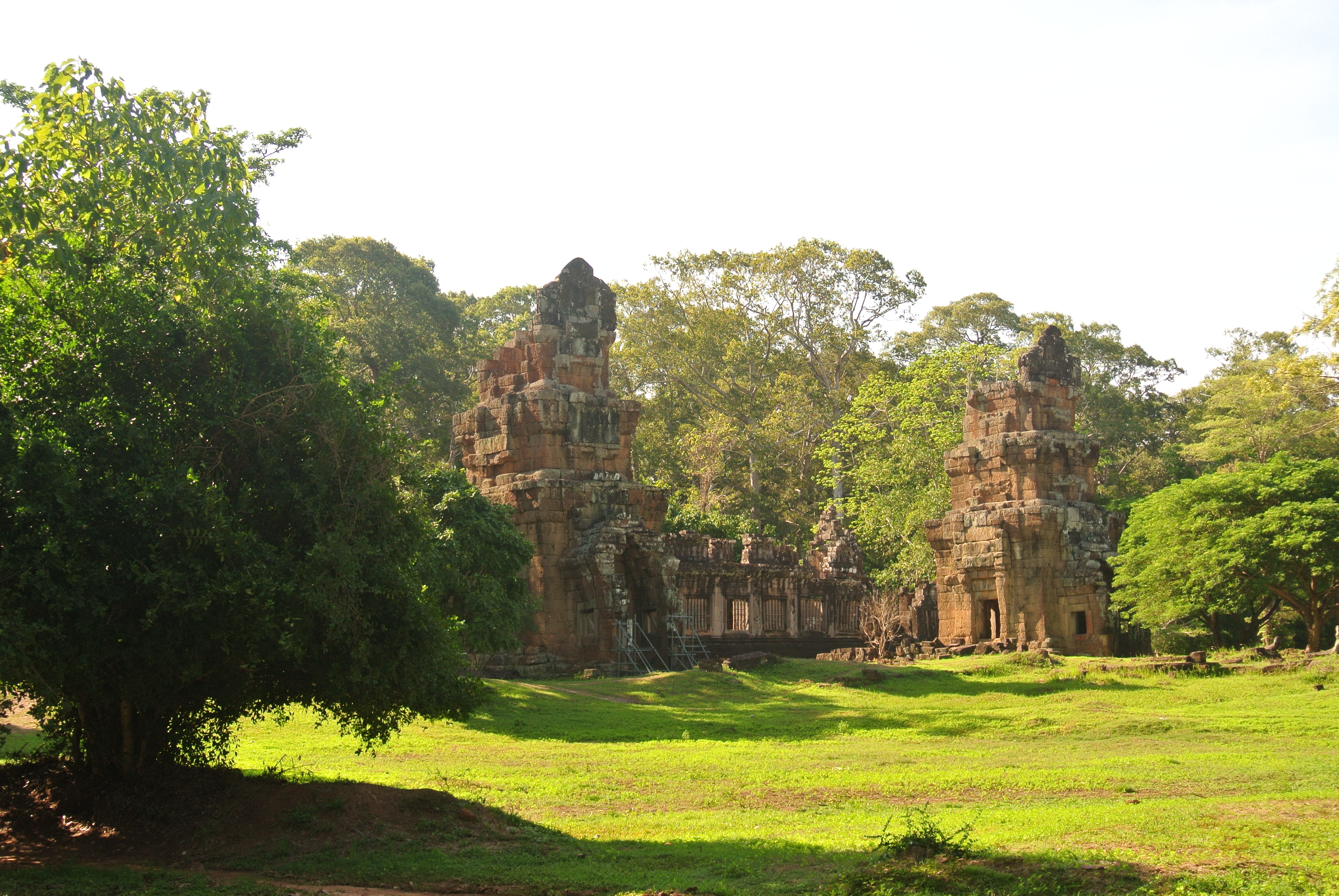 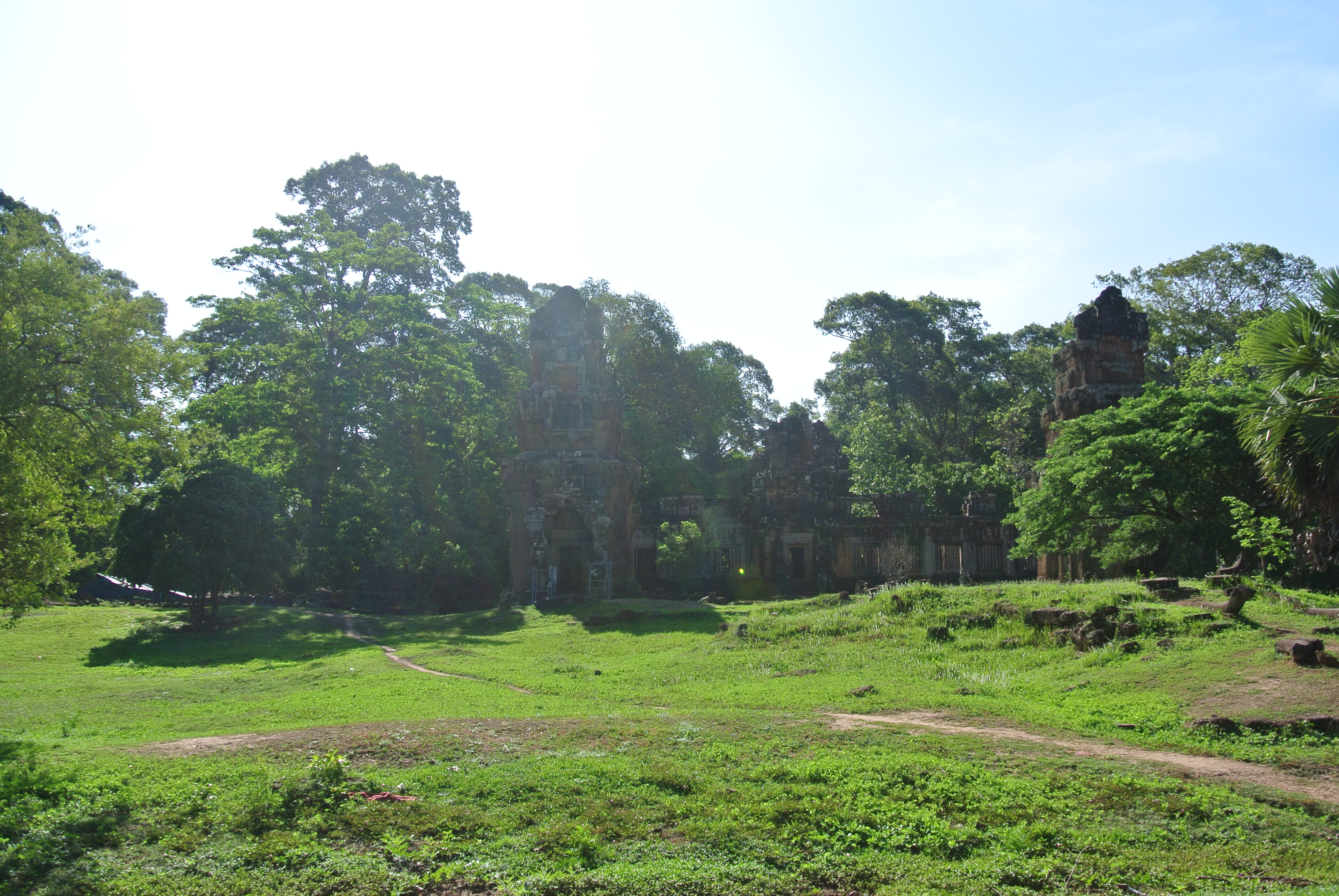 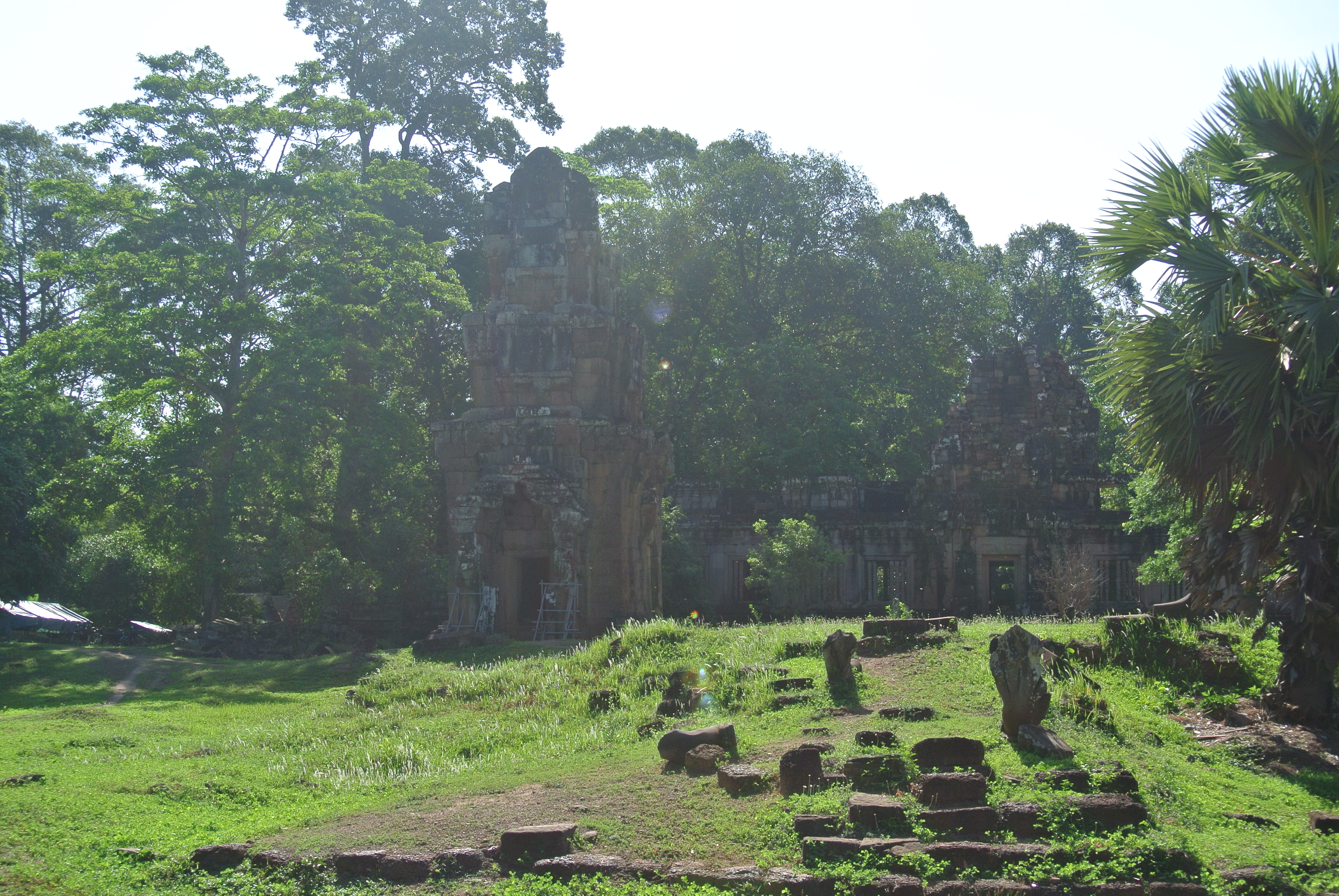 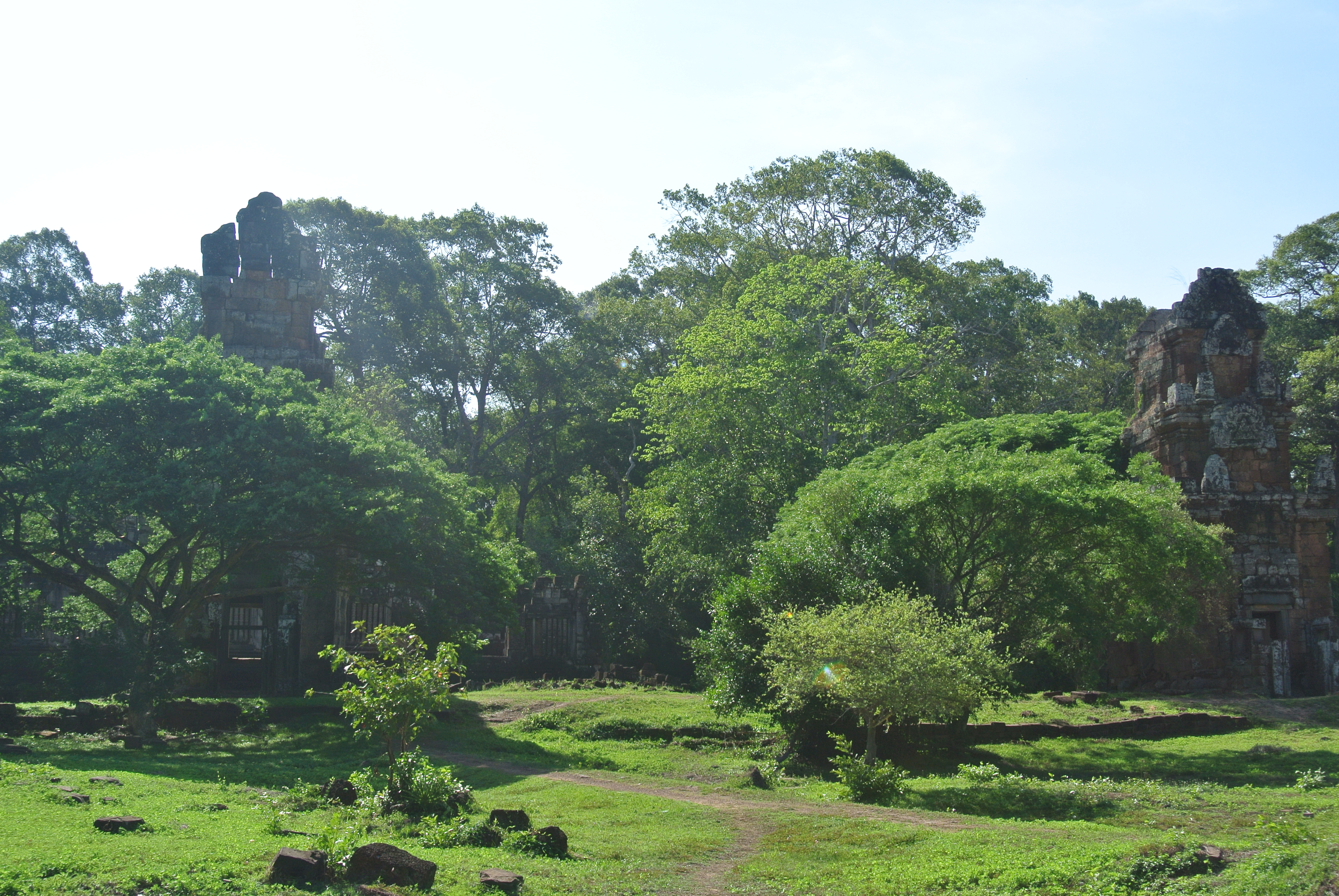 Across the ruins are a lot of peddlers, souvenir shops, and fruit shake stands. It is also where most of the tuktuks are parked. It is a pet peeve of mine to be followed by people who are trying to sell you something, but I guess it’s something inevitable in a tourist spot as popular as this – and yeah, people have got to make a
living. It’s just me being me.. 😛 So this wasn’t as exciting as the other posts, but I have more coming up this week. Woo! 🙂