I have always found the phrase “good night” as positive. It signifies a time to rest, a time for yourself, a time to dream, and well wishes for those dreams to come true once the night is over. Vietnam has been a positive experience for me, and my stay provided me the reality of the things I used to yearn to do. It was the good kind of tiring when it’s excitement and not anxiety that burns your energy. Writing my travelogue now when I’m mentally, physically and emotionally exhausted has made me want to drop everything and just leave. I’m also publishing this post without proof reading it since I’m writing this during my barely existent “free time” – let me know if I committed any errors. 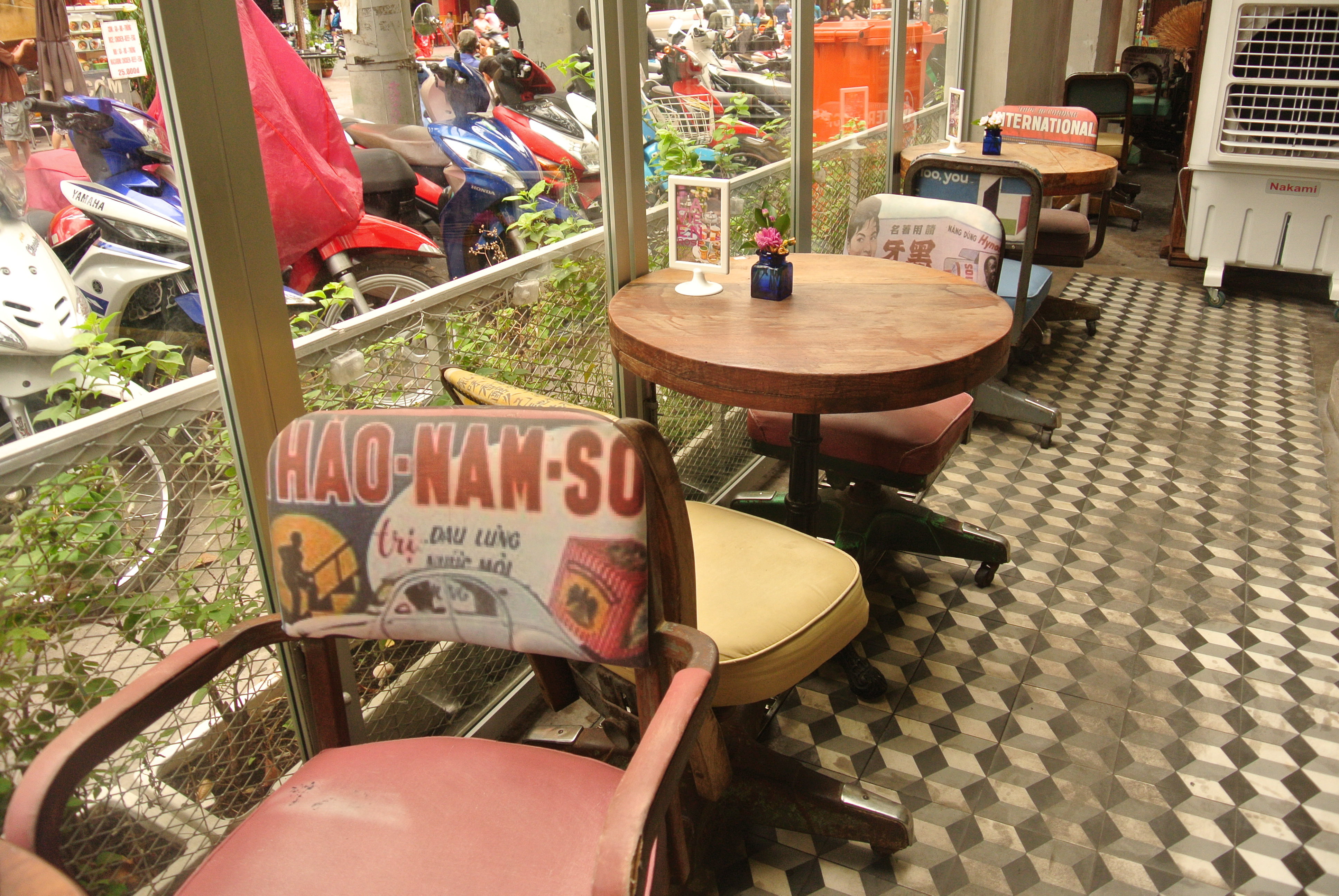 Add up Ryan Adams’ 1989 cover – and all I feel is melancholy as I recall carefree times when things were simple and my responsibilities were easy enough to carry on my shoulders. 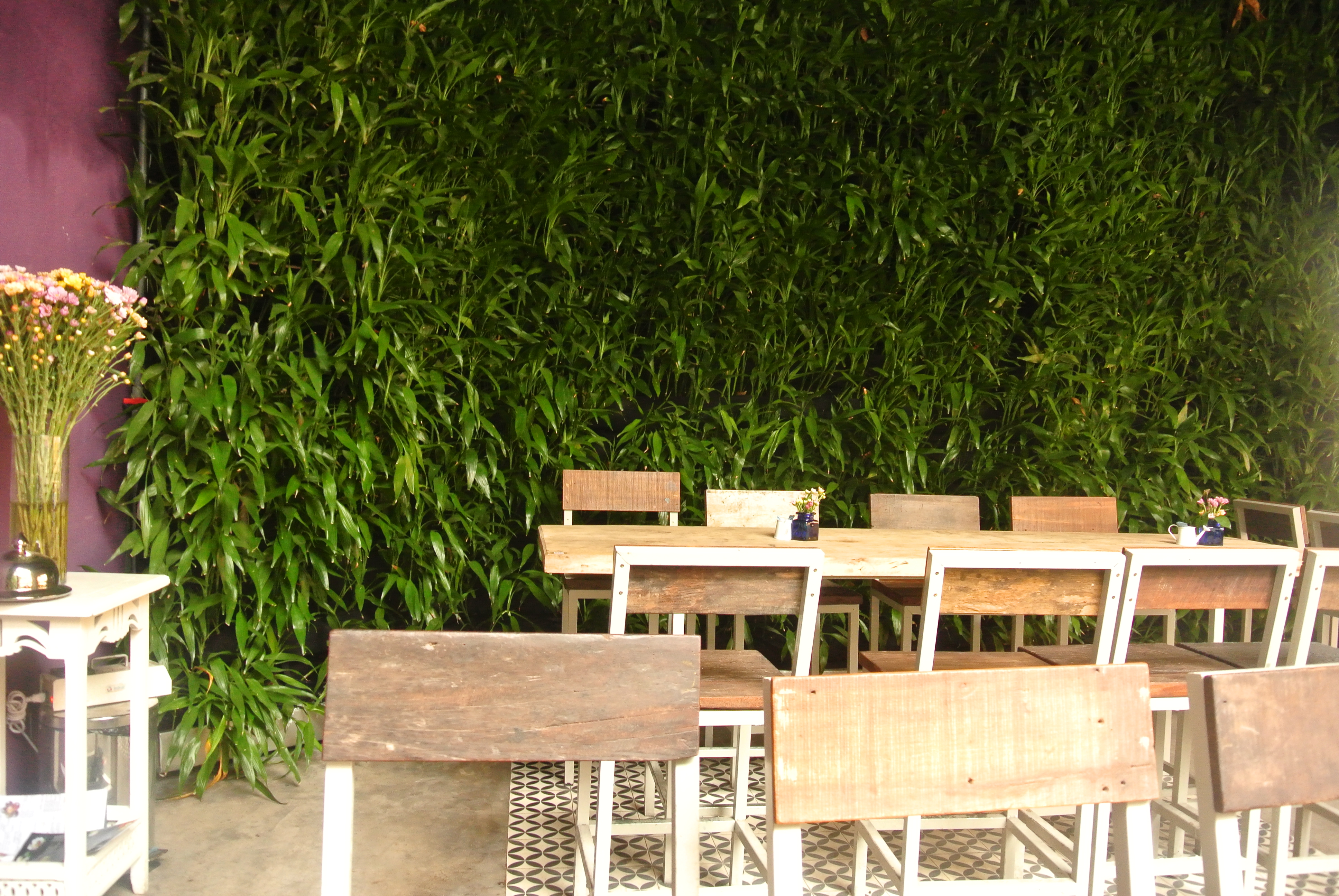 After a tiring day, such as the one I spent crawling in the Cu Chi Tunnels, I found an escape from the hustle bustle of the streets of Ho Chi Minh in Khanh Casa Garden. Although I was a bit surprised when I was paying for my order since this is the first time I had been charged with service charge the entire time I was in Vietnam. 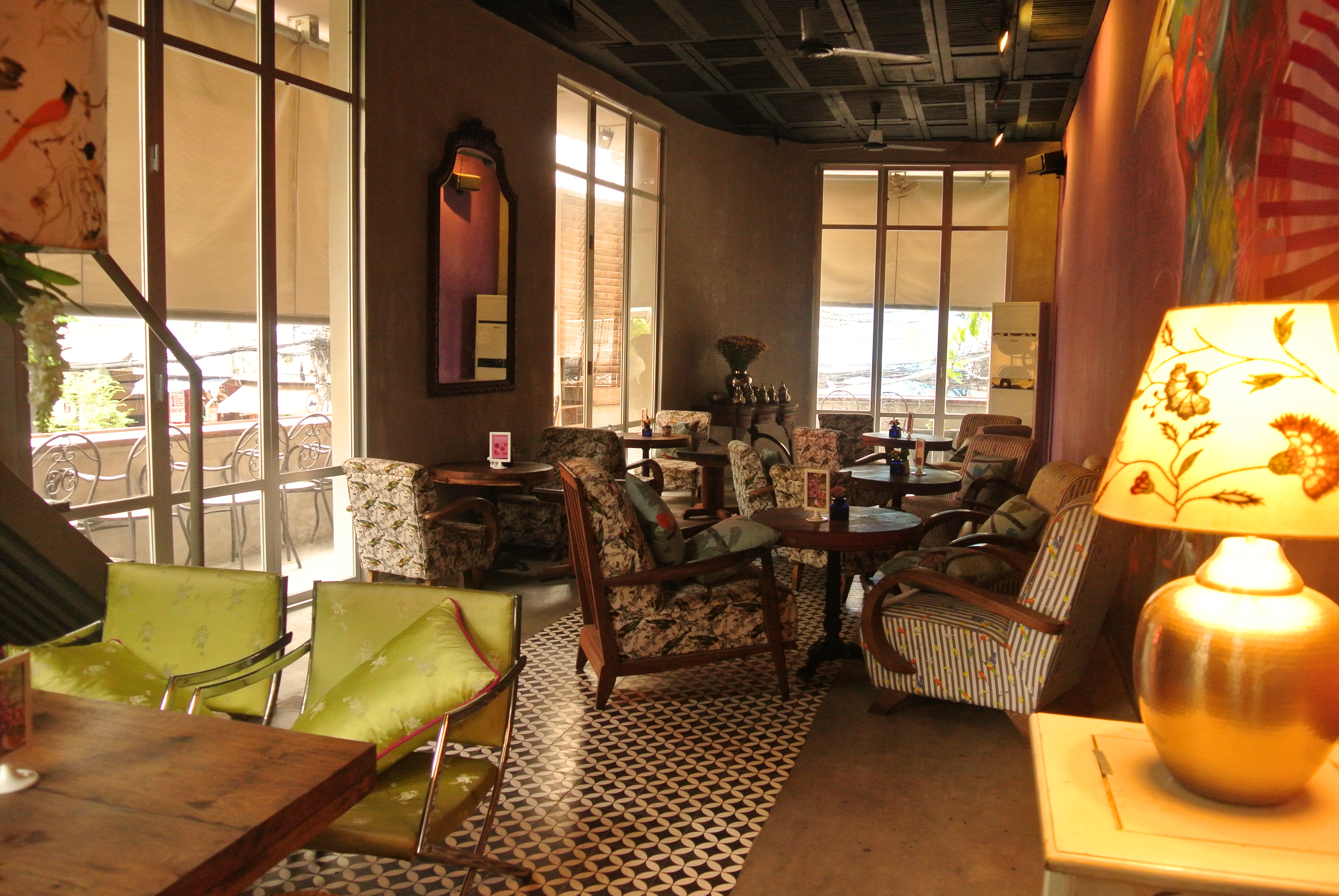 I discovered an affinity for passion fruit while I was in Ho Chi Minh and tended to favor it whenever I find it on the menu. I ordered a slice of Passion Fruit cake and a smoothie. 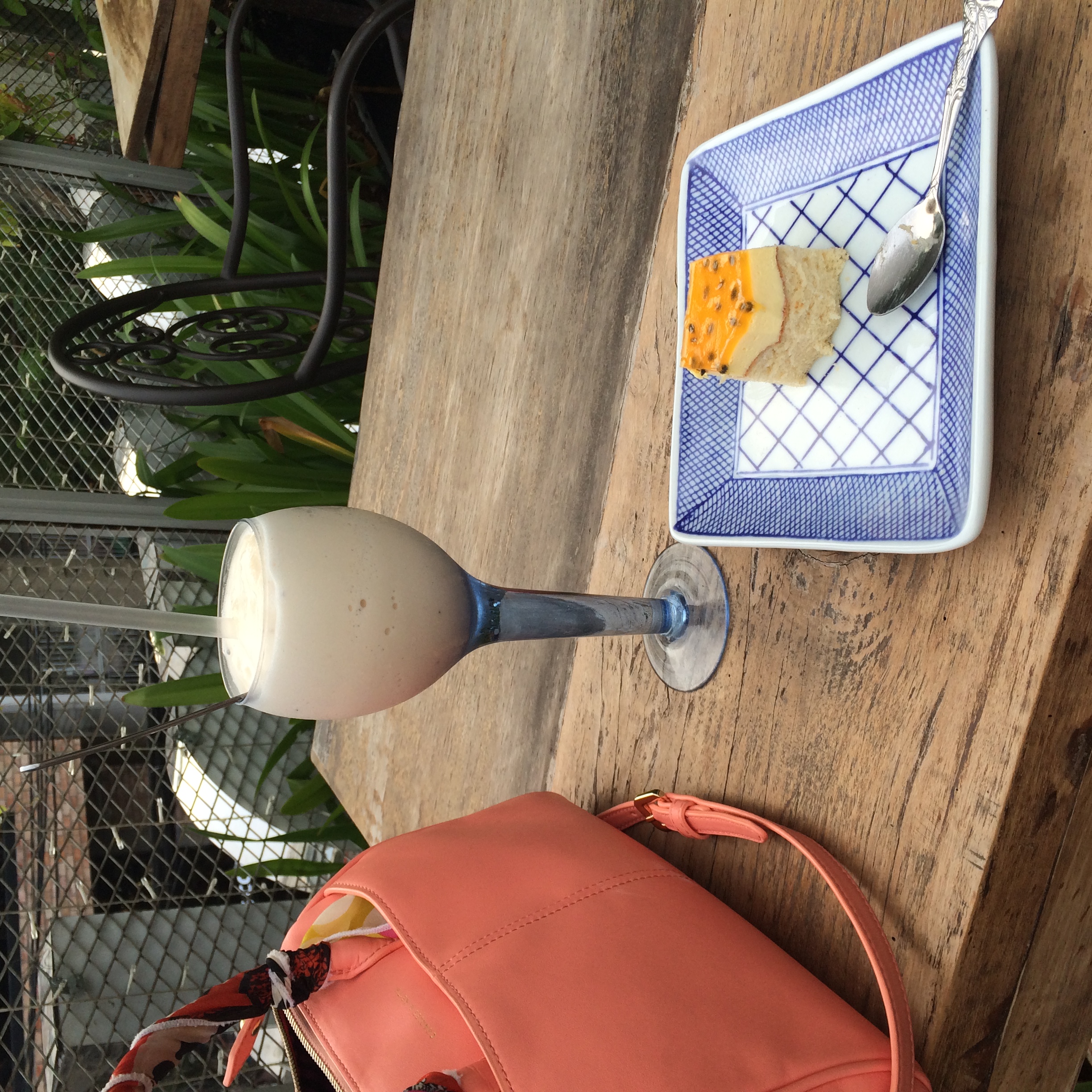 Although the three-storey building where the cafe was located had a lot of quirky areas that I would usually sit in, I ultimately decided to stay at the roof deck so I can watch the street below. The cafe is located across the street from the Starbucks building. I still wonder why a big global coffee shop is in Vietnam when they have amazing coffee peddled in the streets. I heard that the first branch of Starbucks (not the one in the photo) had really long queues during their first few months of operation. 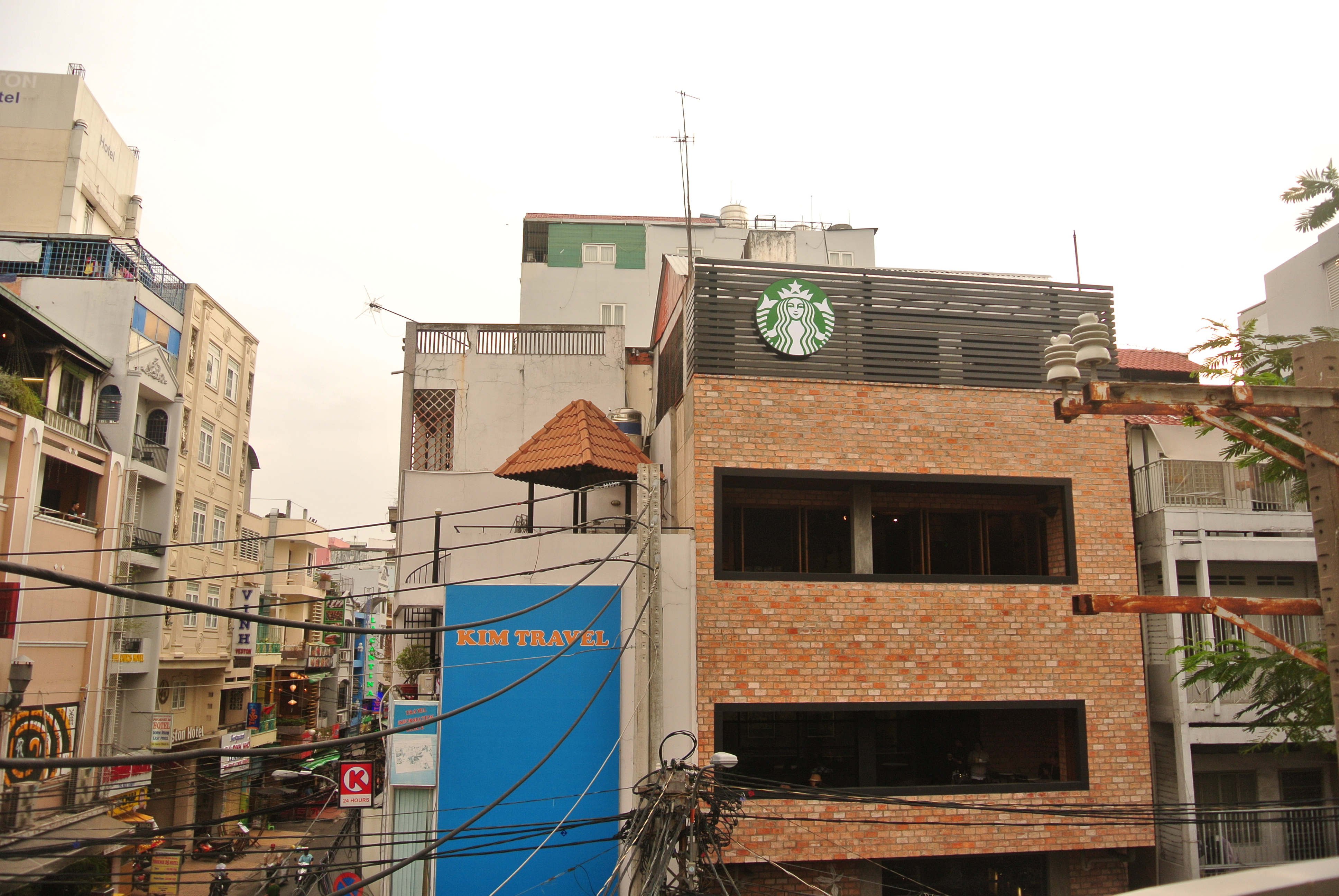 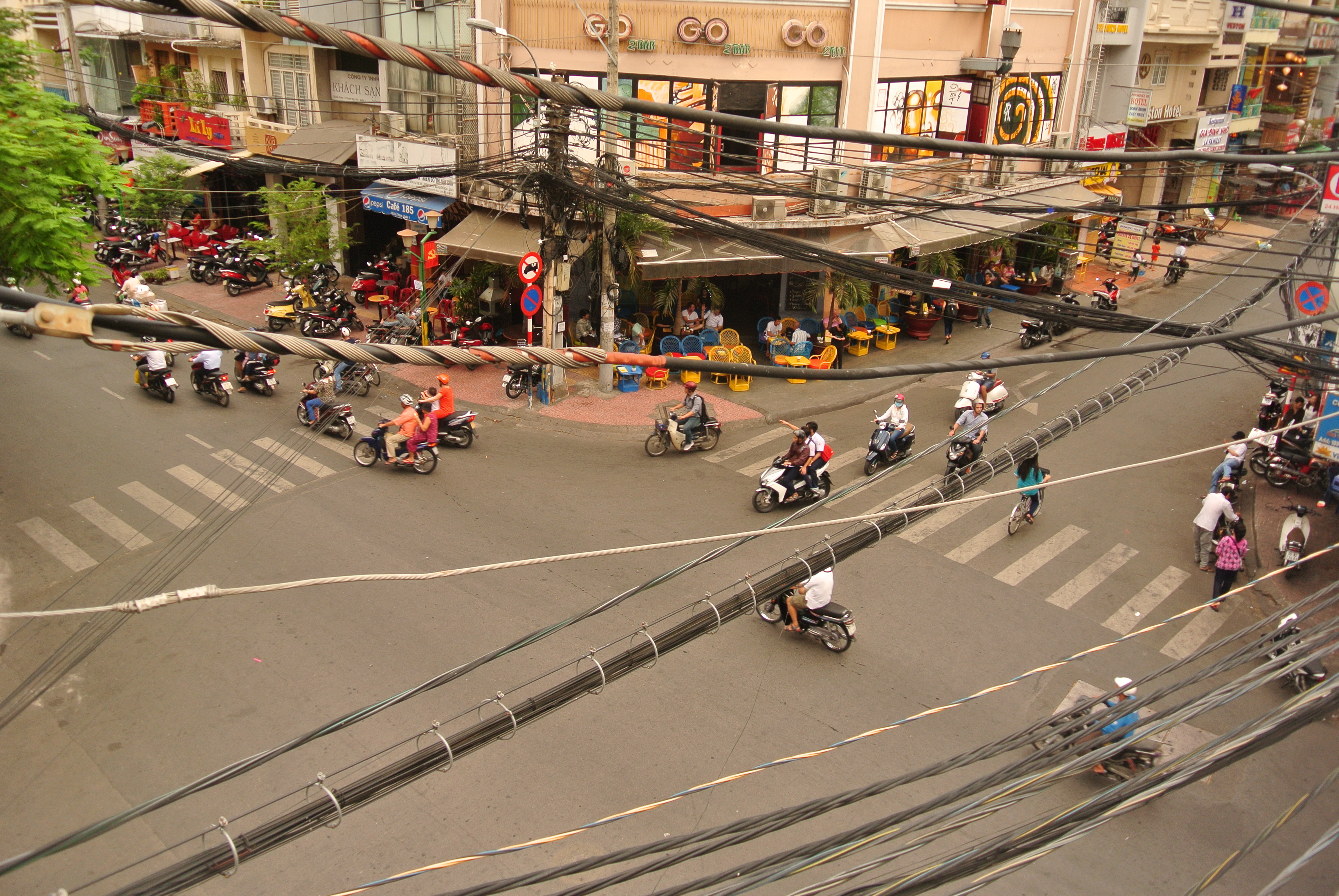 I still haven’t had lunch yet when I saw Trung Nguyen and remembered Liem telling me to buy souvenir coffee from there. The smell of coffee welcomes you the moment you open the door as if luring you to step further and stay. I swear, coffee shops can be a lotus-eater trap. 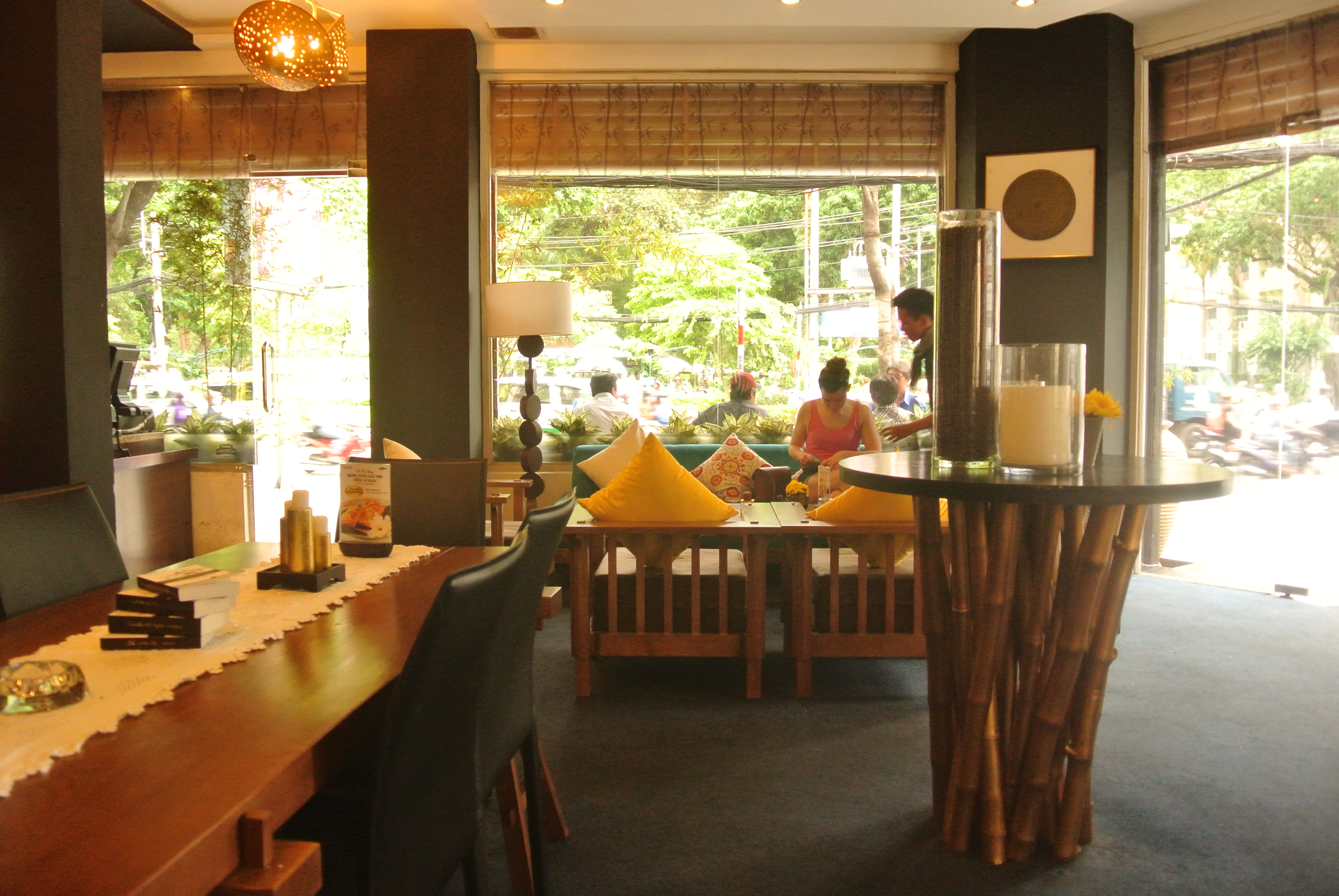 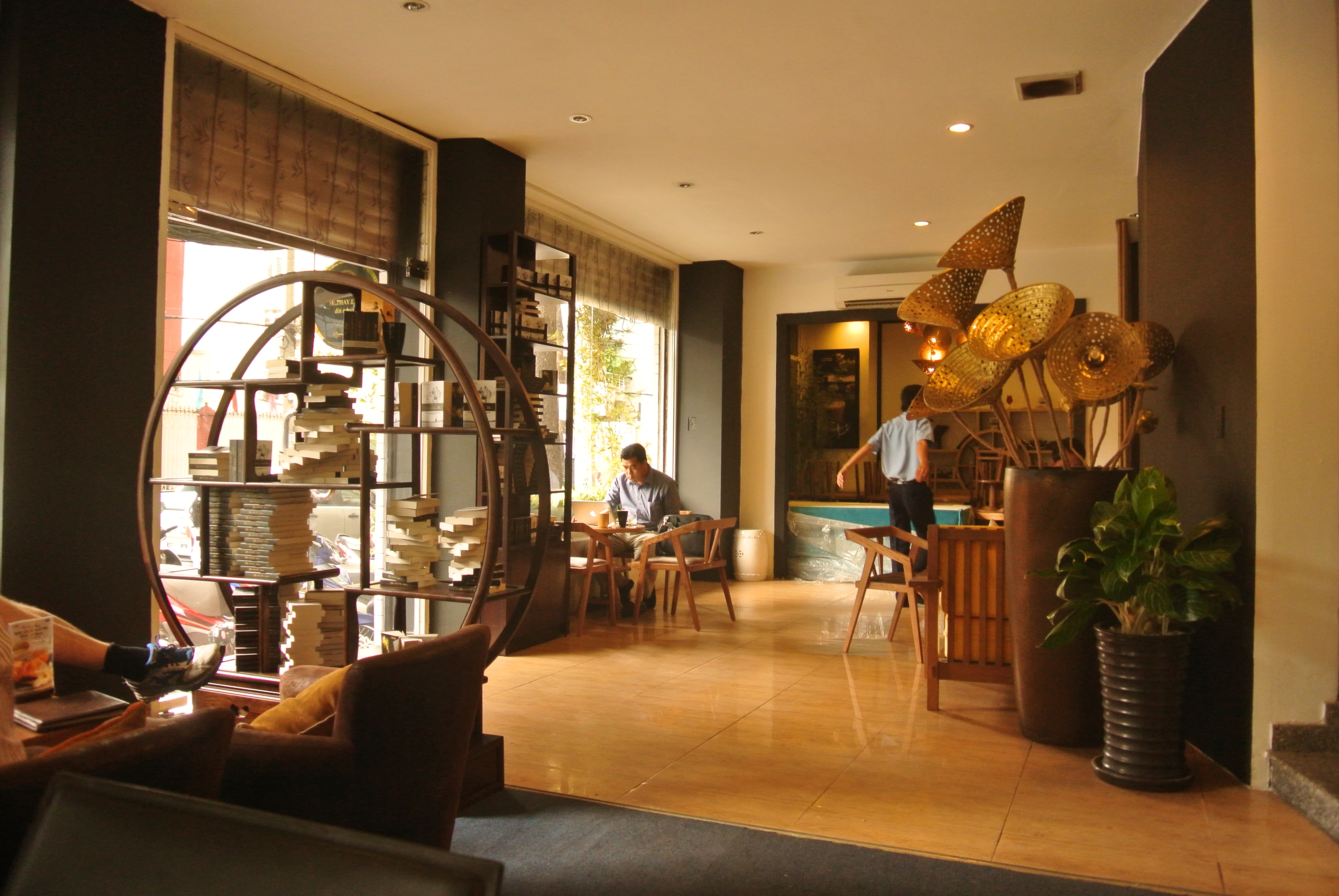 I don’t remember exactly what my order was but I had a Matcha/Coffee beverage combination along with my fried chicken and rice. 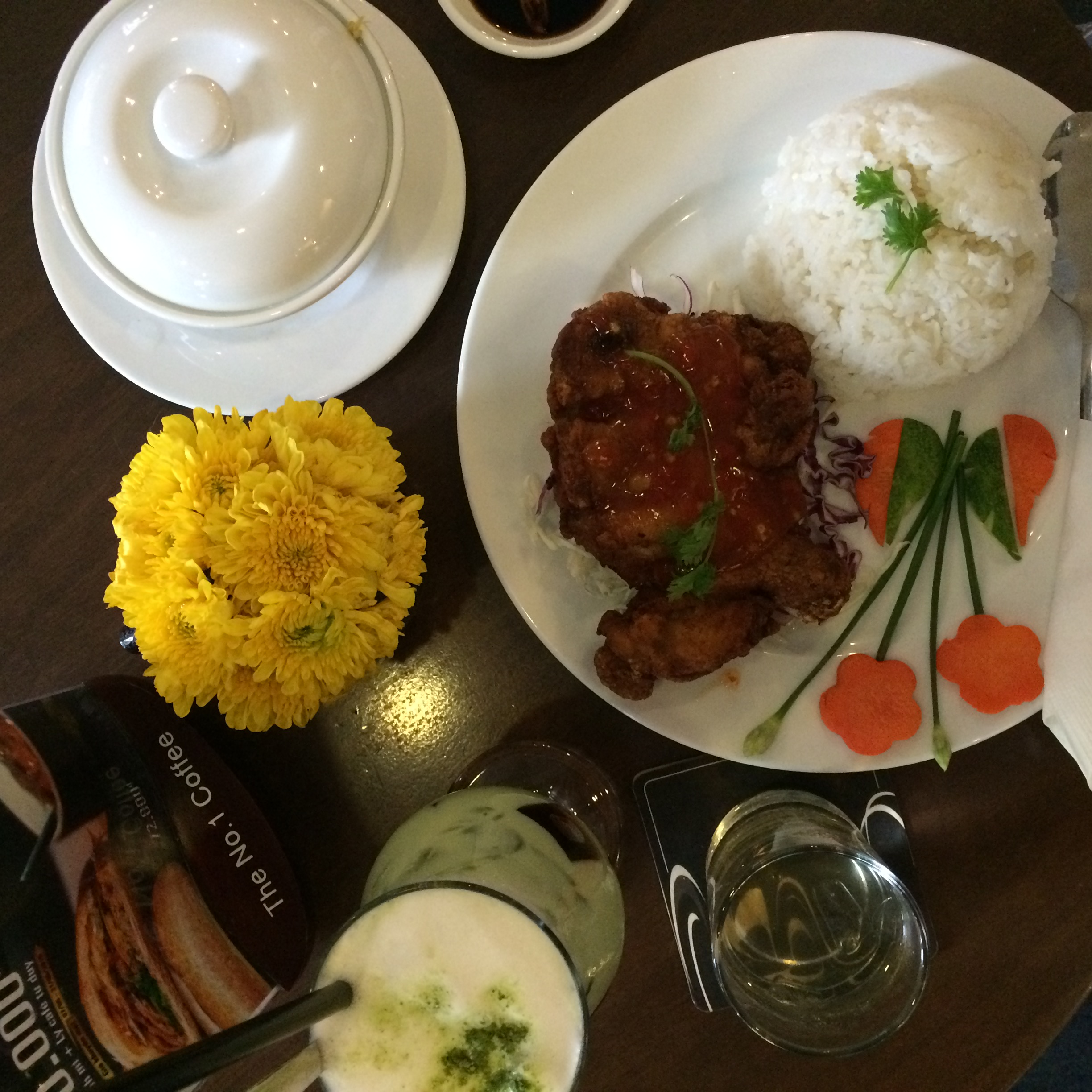 I proceeded to burn all I ate by walking around and searching for a snow globe to add to my collection. Ever since I had the opportunity to travel with my own money, I have always bought a snow globe for every time I visit a foreign country. It was because of this search that had me running late in meeting up with Van of Saigon Hotpot. We decided to meet up in the Ben Thanh bus station (the station I missed and had to walk back a kilometer to) at 6 PM and I got there by 6:15, sweaty from having to jog there. Van and I took a bus to Tra Sua Luan Map where they have the best milk tea ever!! Van and Vania helped me choose all the add-ons. How clever is it that they give you a straw connected to a spoon attached for the jellies. I had milk tea with blueberry jelly (Vania’s suggestion), cheese ball, and chocolate jelly with cheese filling (Van’s suggestion) for only VND 25,000 (Php 50). What!! I want to live in Vietnam where the food is cheap and super delicious!!! (Probably will gain 100 pounds, though) 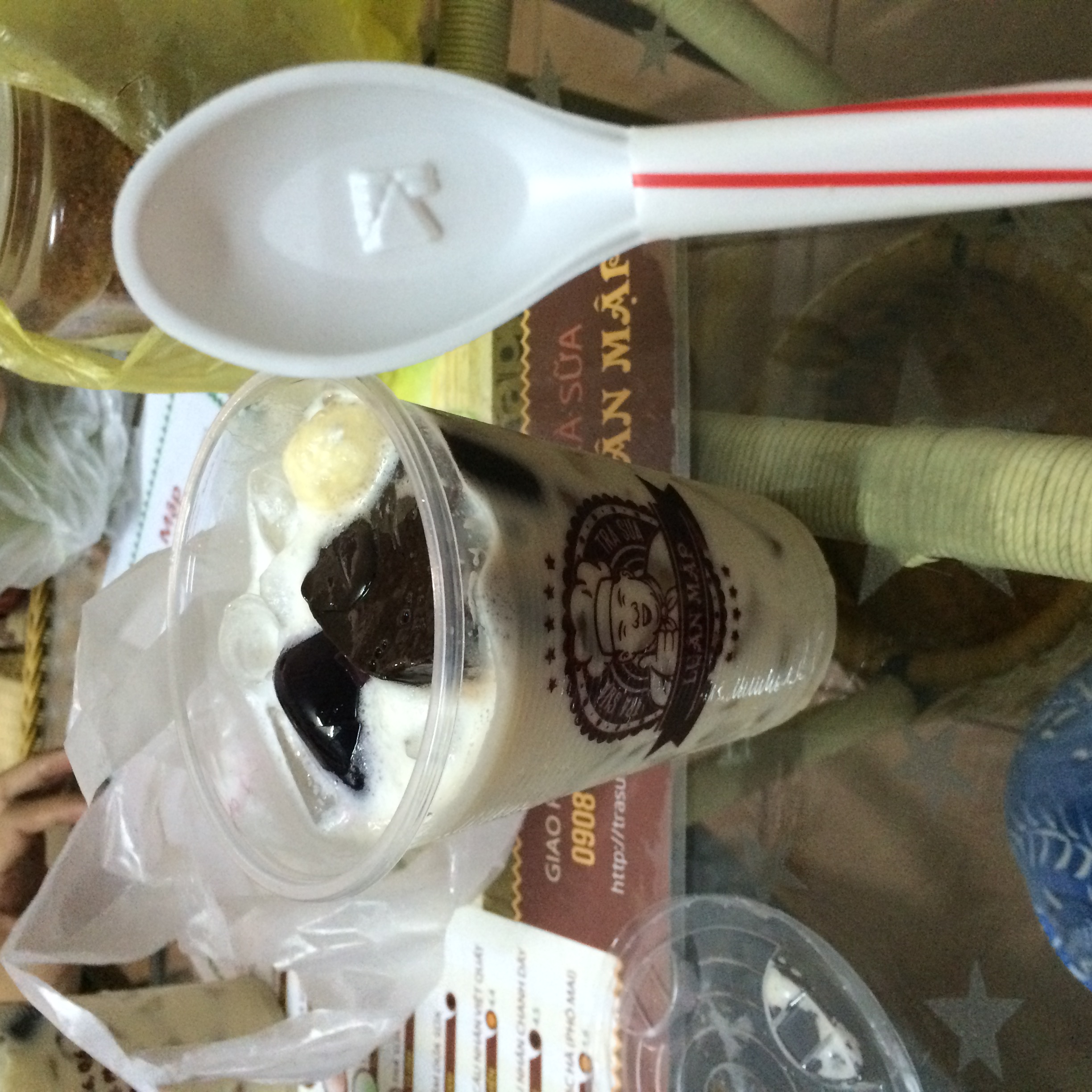 After drinking the milk tea, we got on a cab to eat grilled octopus. Van likes spicy food, and Vania learned to love it as well from hanging out with Van.. you can just imagine the shock when I had the ‘OMG chili may have just exploded in my mouth’ when I dipped the already spicy squid to the spicy green sauce. Everyone was watching me eat, being the foreigner and all, and tried to hold in their laugh when I immediately lunged for the water bottle. 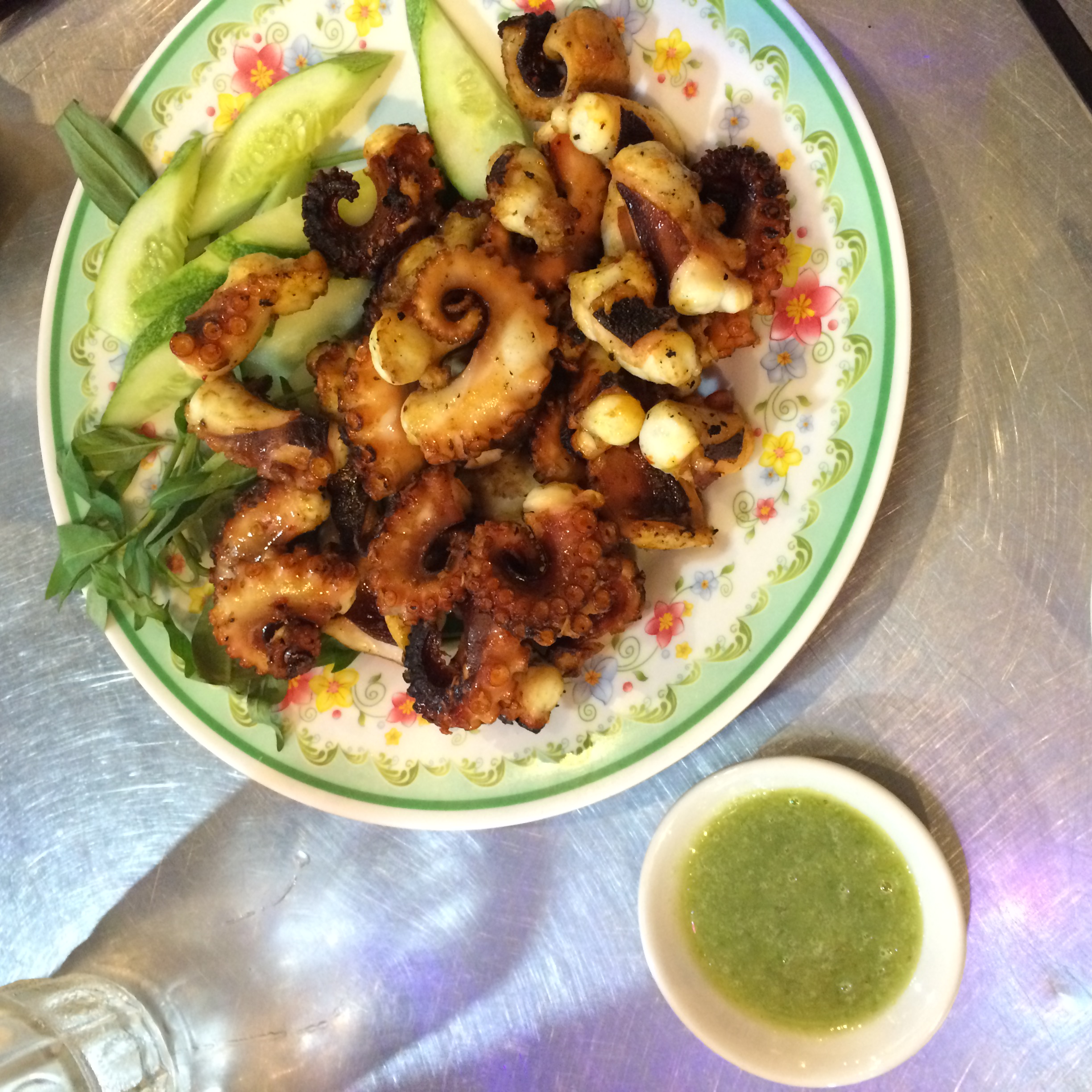 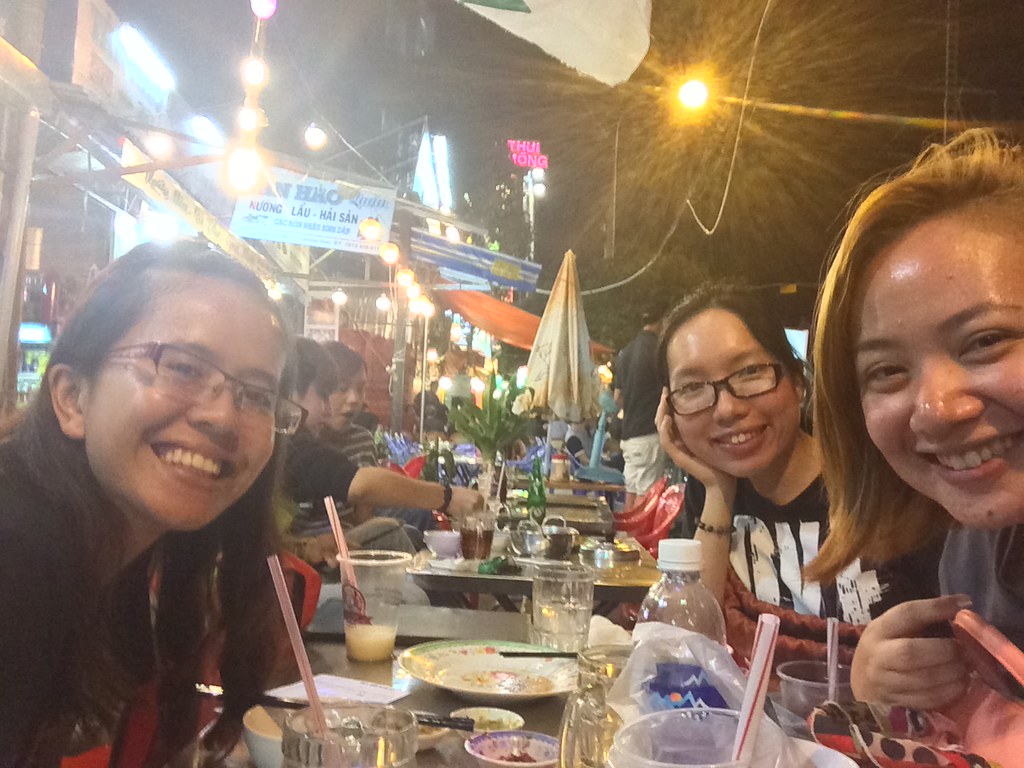 We walked around some more and saw Saigon Opera House. It looked so majestic at night. 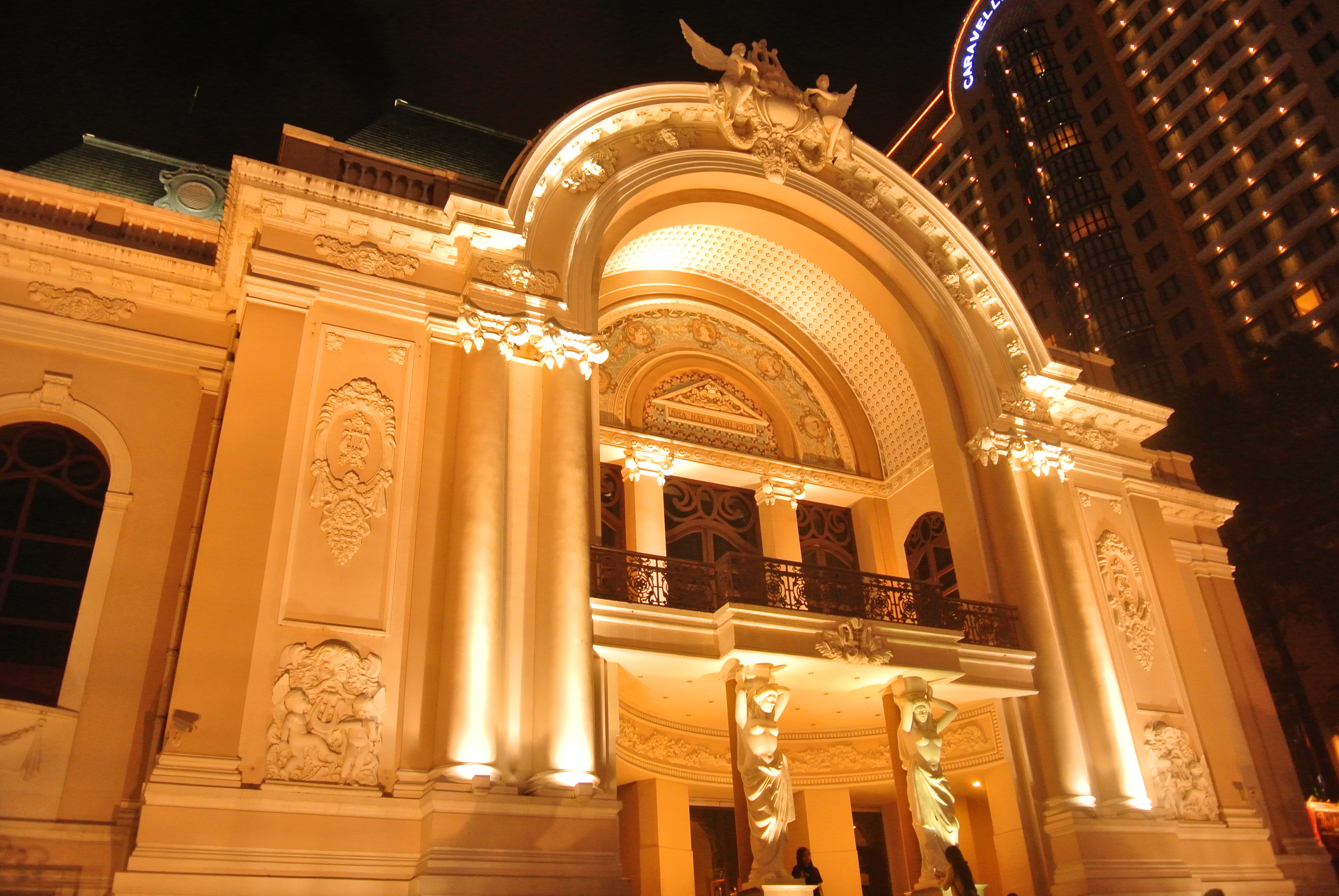 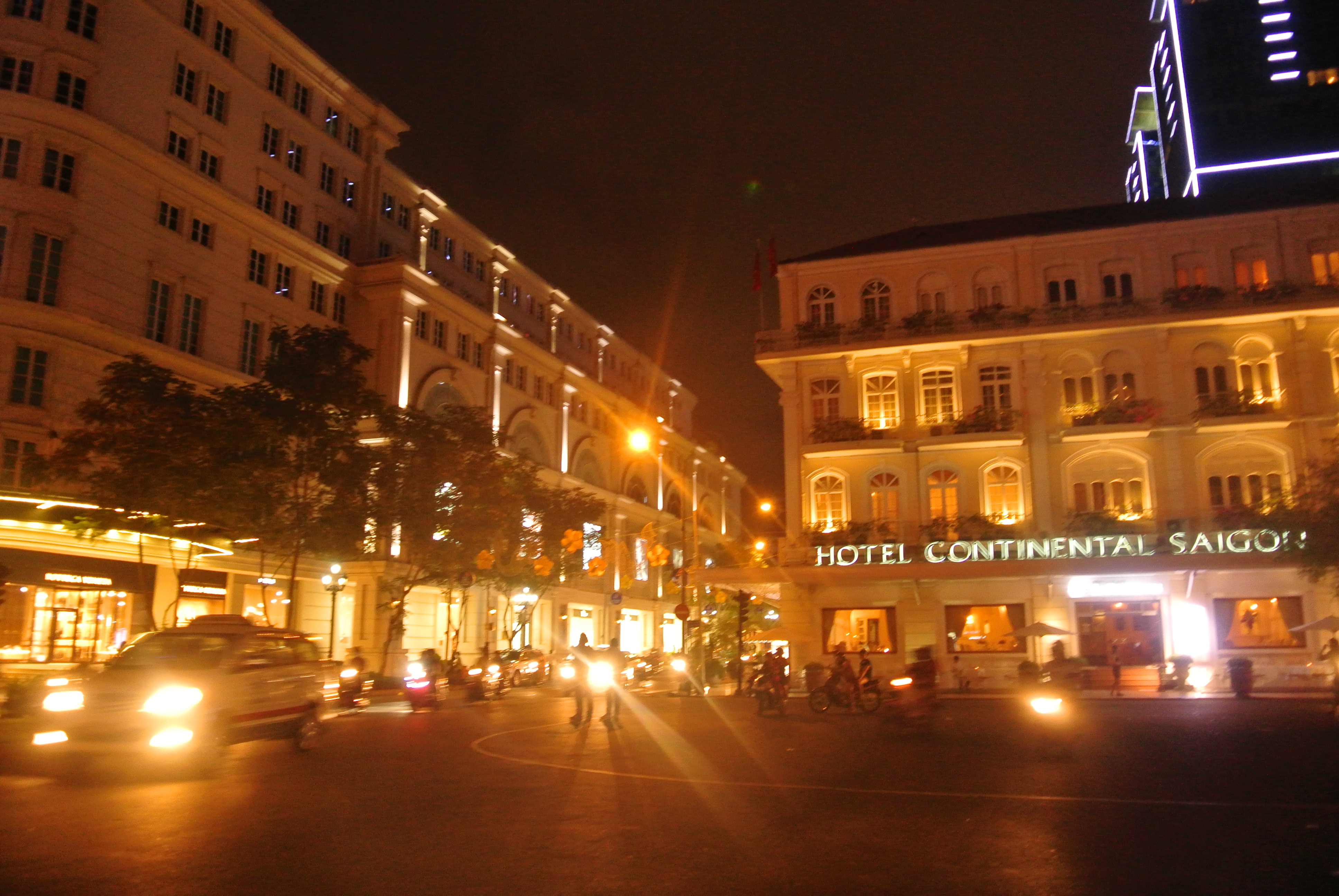 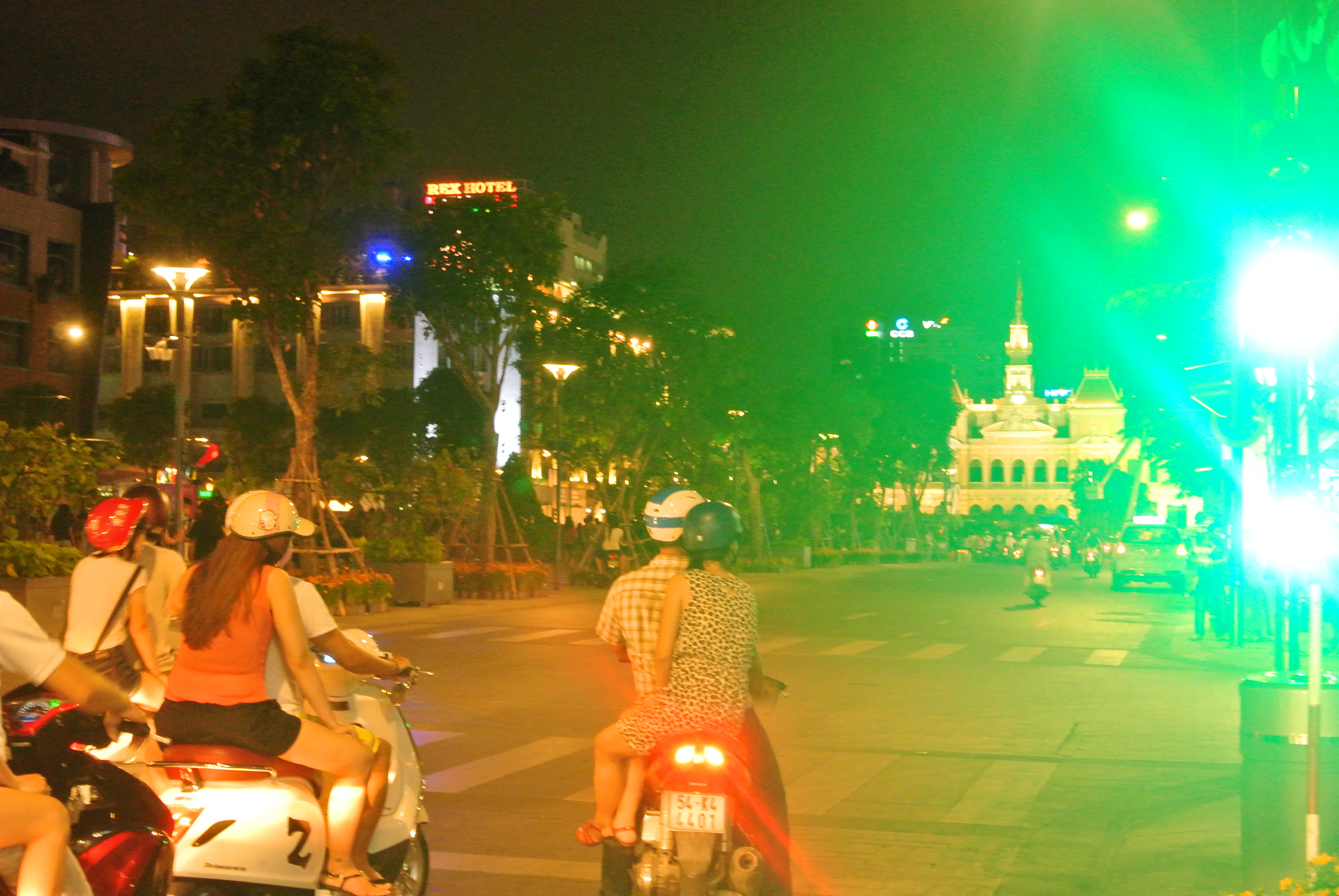 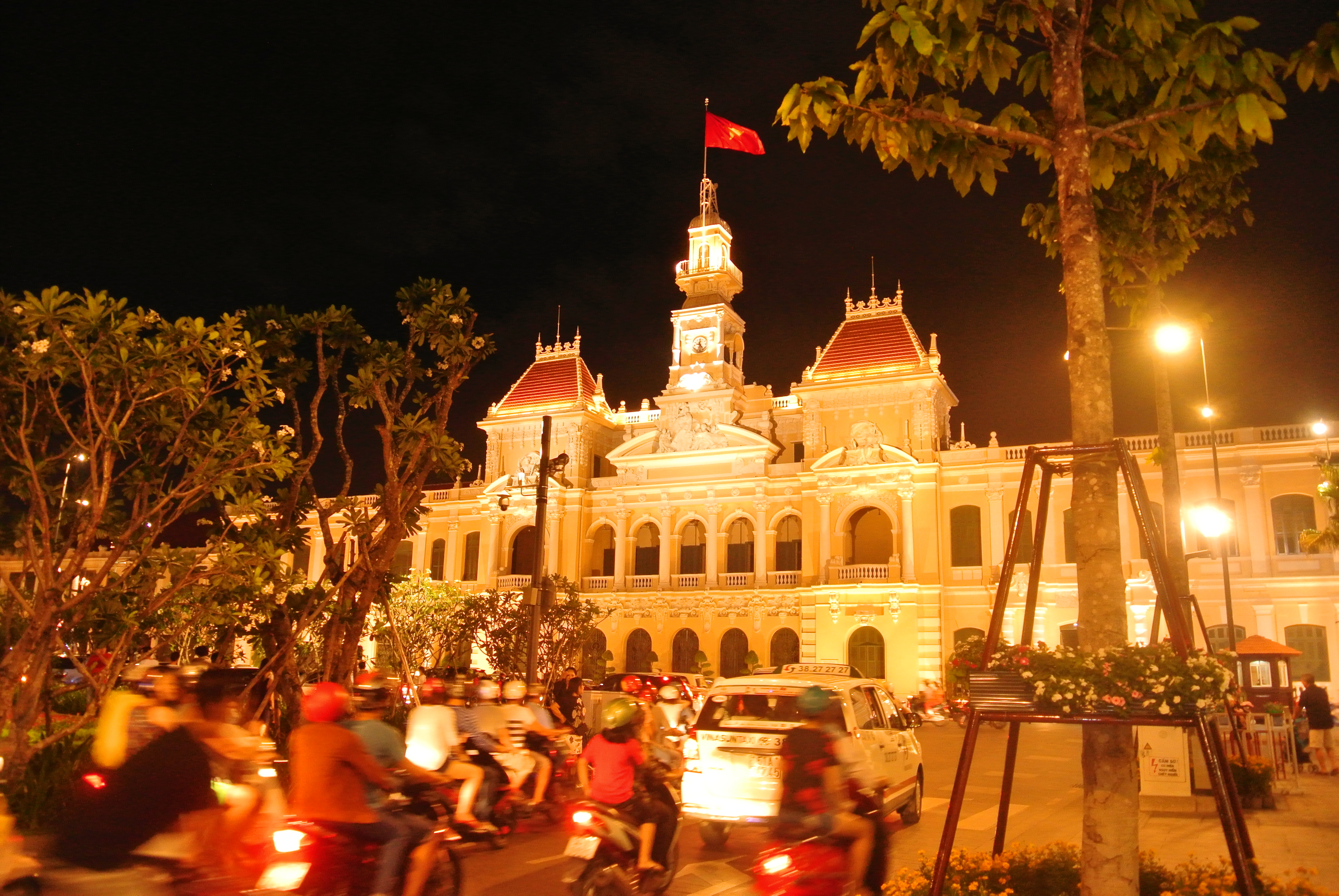 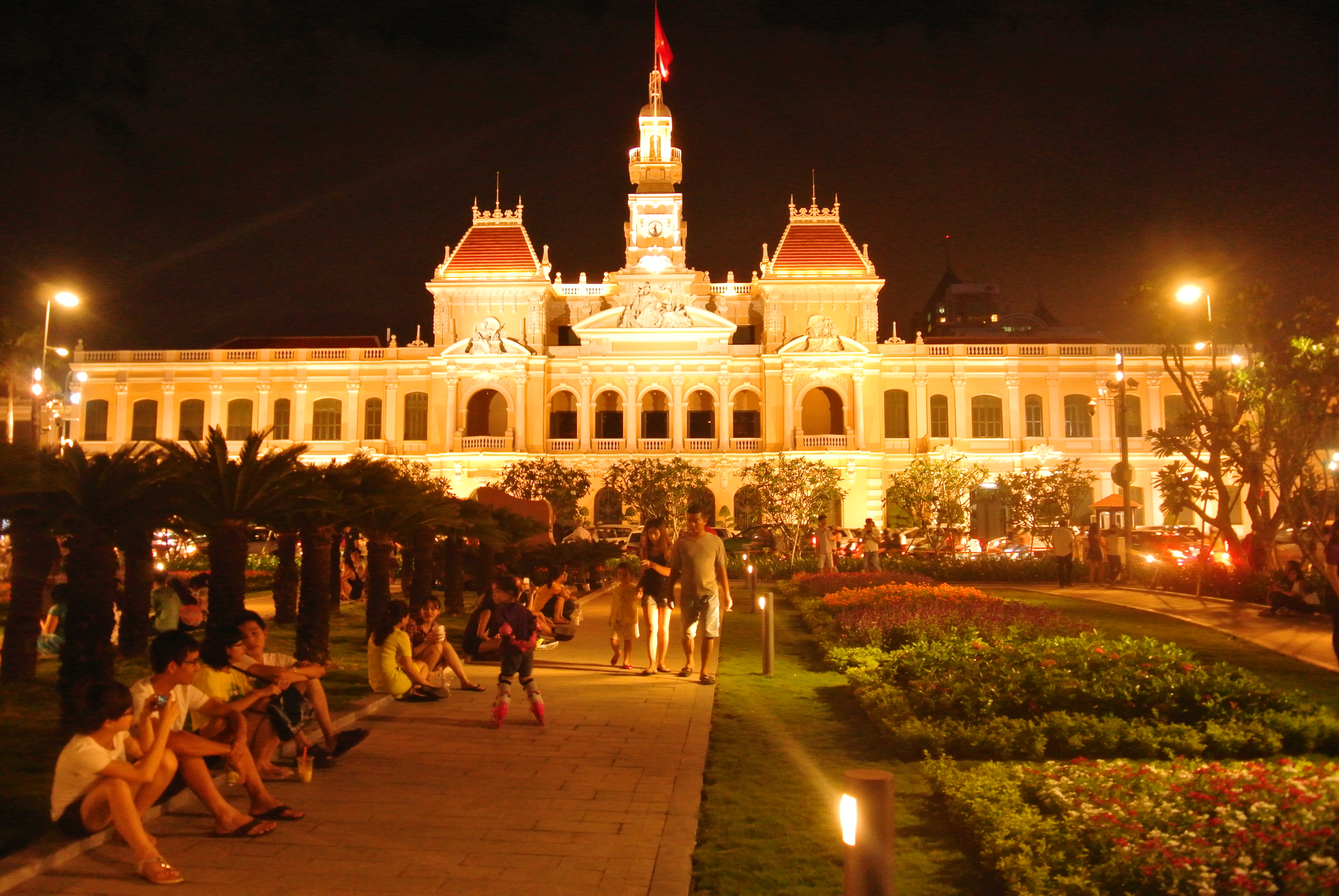 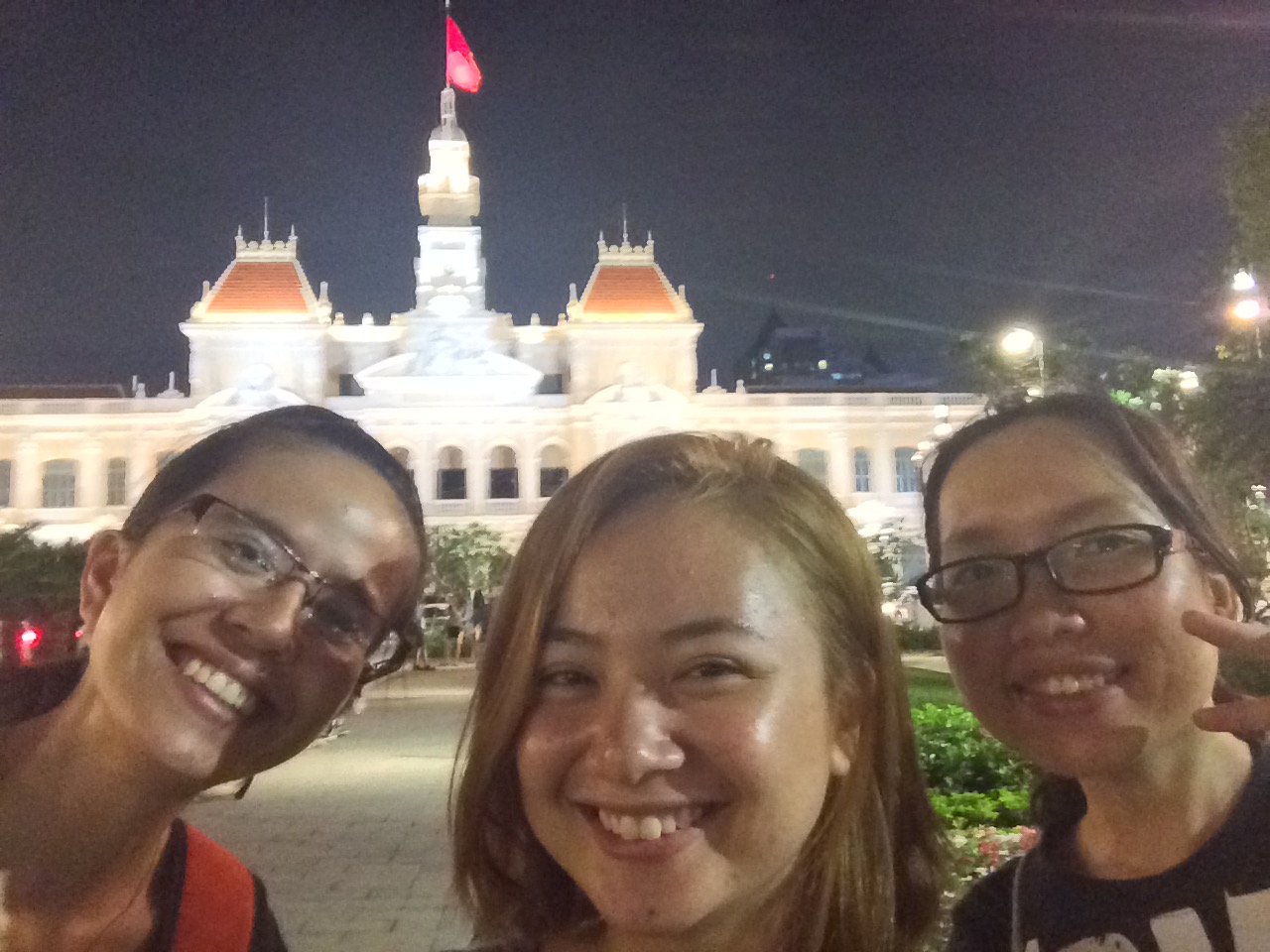 I finally found a snow globe in a bookstore near the park in front of the municipal hall. A lot of people were walking their expensive dogs at the park and so many things were happening at the same time. It was so enthralling to watch everything go by. 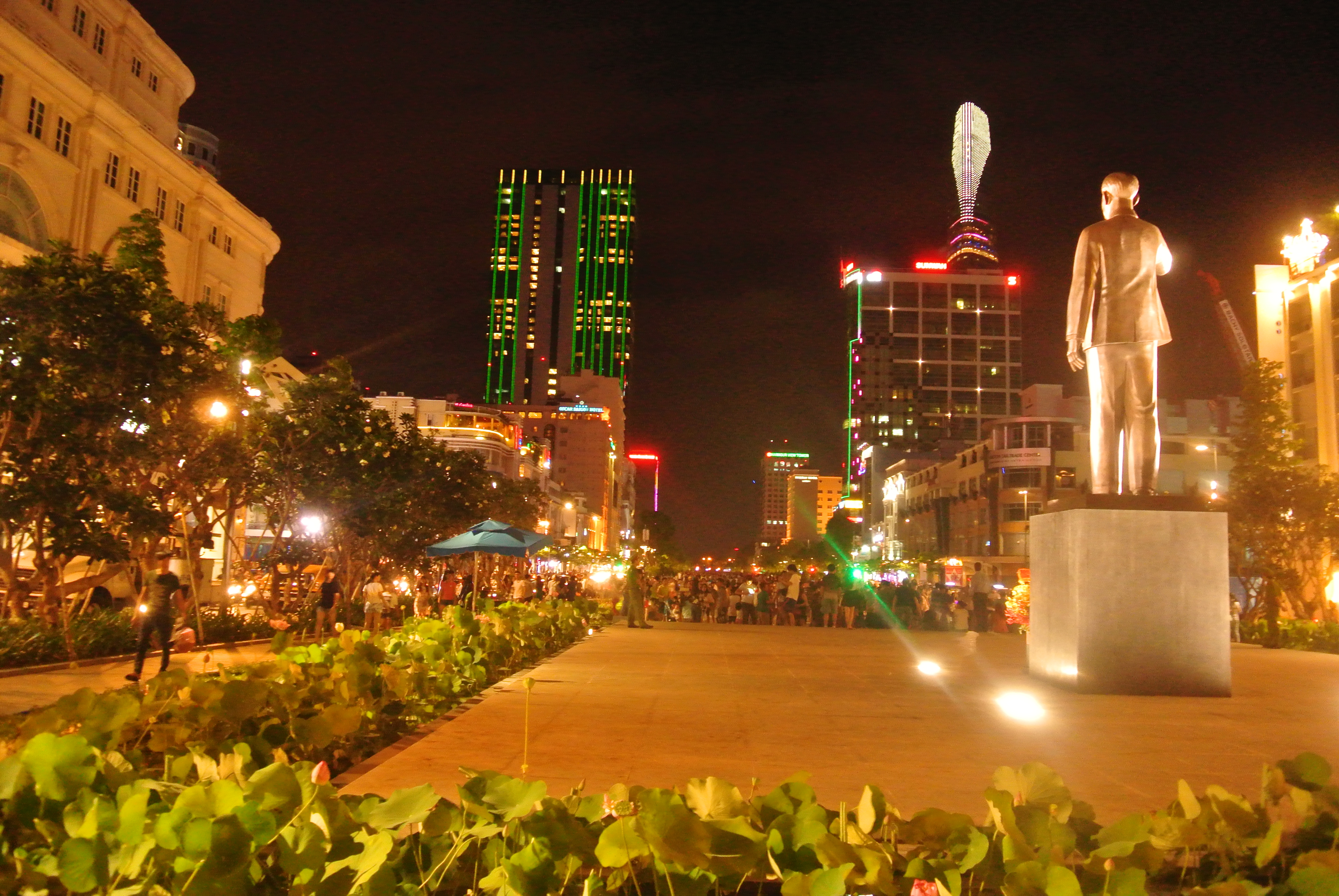 Van and I walked back to Vania’s place where she waited for us. I passed by so many things (which I wanted to try out) but settled on buying assorted jelly for the three of us. I wish I could have given these two amazing girls better souvenirs.. maybe next time then? 🙂 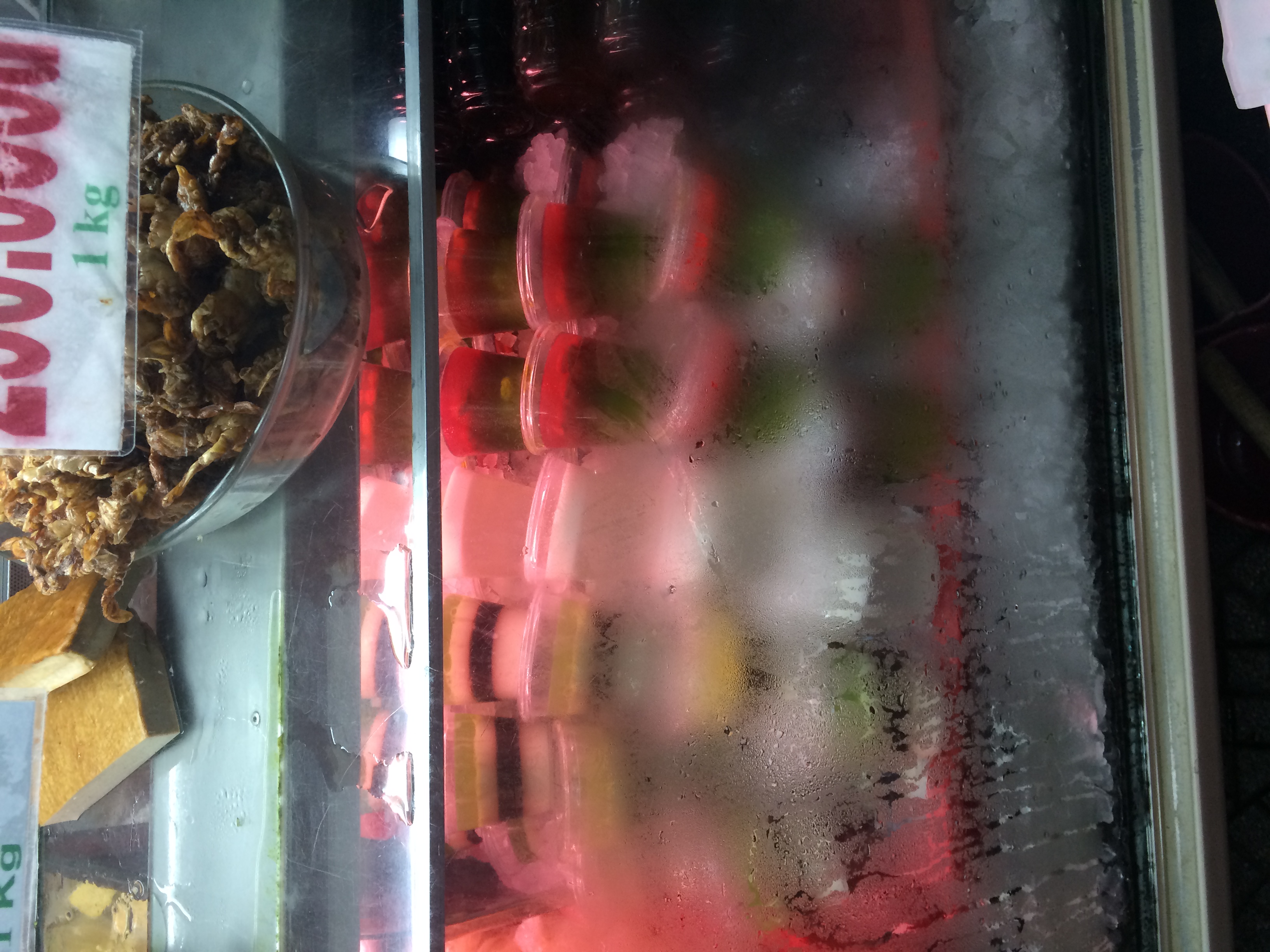 Since we finished hanging out too late, Van missed her bus and would be staying in Vania’s. Vania then gave me a ride back to the Airbnb apartment with her motorbike. I swear these two are awesome! I have met so many wonderful people in Vietnam and made countless memories I’ll keep forever. Traveling – one of the few things worth the fatigue. 🙂

So there goes my last night in Vietnam.. no goodbyes, though, only good nights and a hopeful ‘see you again’. 🙂