To be completely honest, C and I have come to a point where we’re both so busy we rarely get the time to talk. Just talk. Those dates have come few and far between, and it was time to work on getting C alone with me even if it’s just for a weekend. There was one rule for the weekend though: no work! And we committed to spending the usual amount we would spend on a weekend together (including gas expenses, food budget, etc) and decided to spend only Php 3000 all in all. We did exceed this amount by Php 800. :p 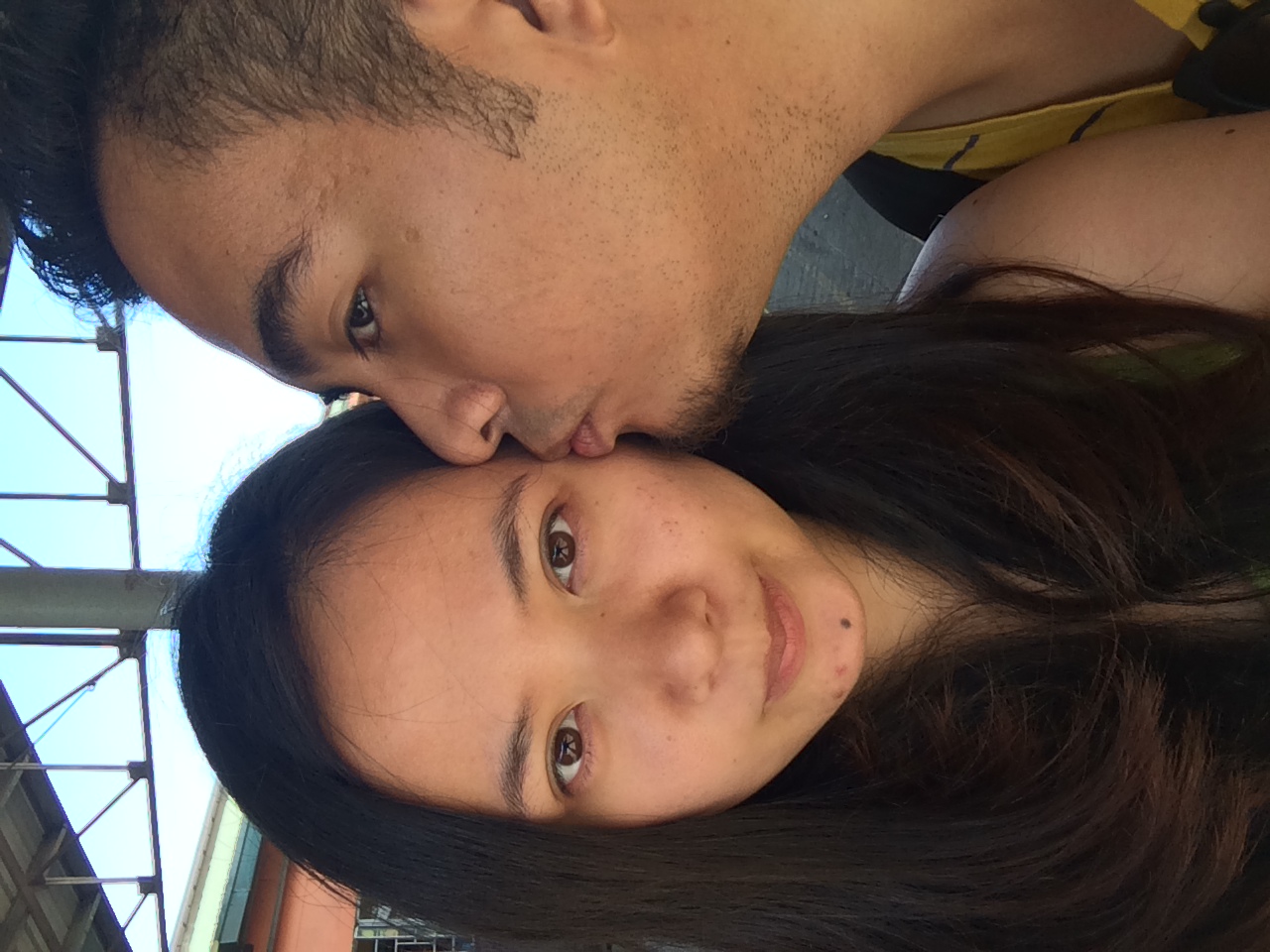 I have gathered tons of directions from the internet but nothing really prepares you for the real thing! We traveled via van from Cavite (instead of the JAC liner bus from Buendia, which seem to be the popular choice for the islands’ visitors) to Lucena which took about 2.5 hours for Php 180/person. After getting off at Lucena Grand Terminal, we took the rusty old bus to Unisan. We were told that the travel time to Padre Burgos arch would take about an hour but the bus (Php 35/person) literally filled the vehicle beyond its’ capacity. We suffered two hours of sweat (the bus was not air-conditioned) and other people’s body odors. Haha! 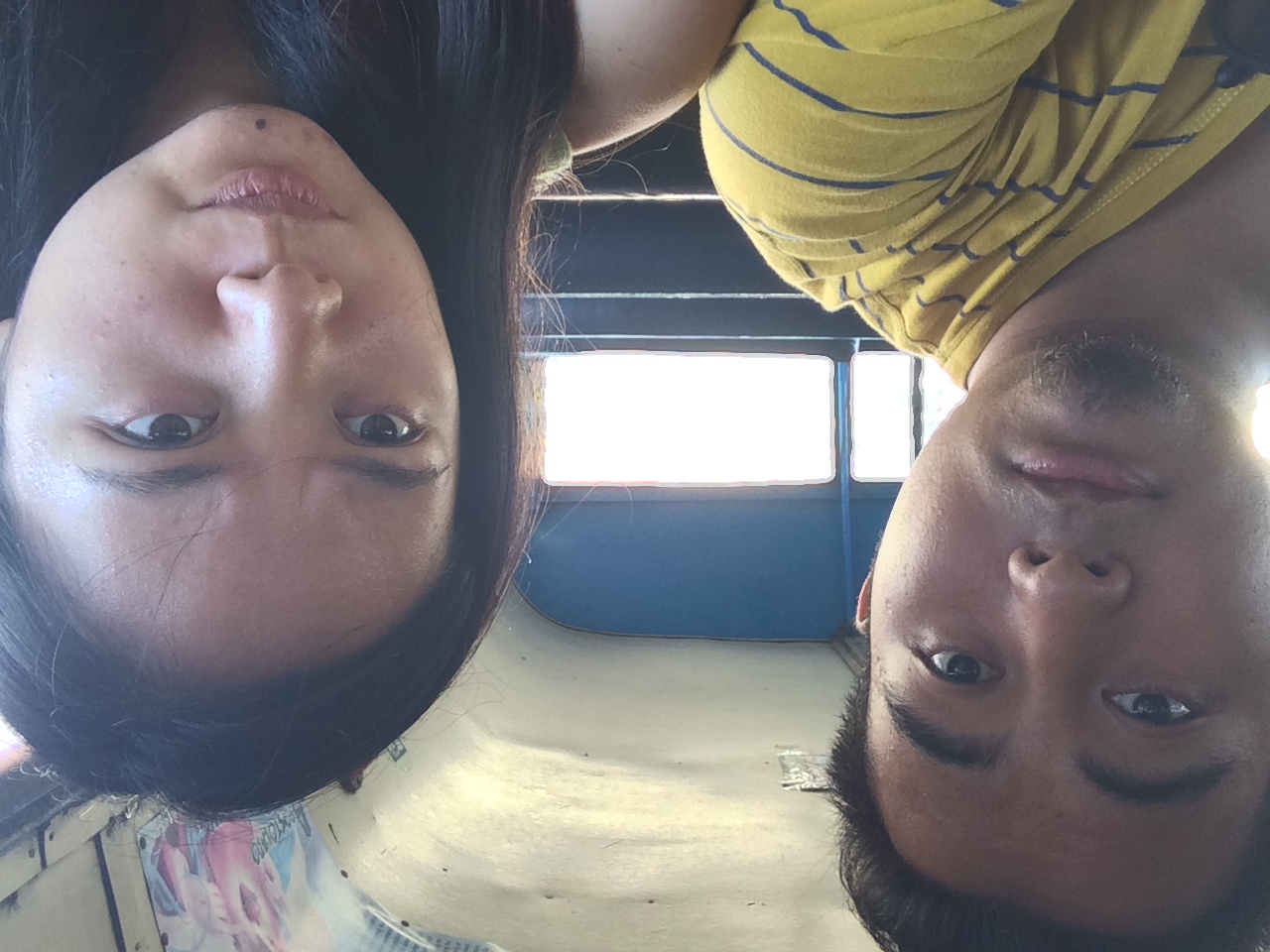 From the arch, we took a tricycle that cost Php 10/person. I specifically told the driver to bring us to the port to Puting Buhangin, but he decided to bring us to a place where we could rent boats. We arrived at a beach front home occupied by a very accommodating family. They offered to buy C and me refreshments while we were waiting to board the boat.

To get to Puting Buhangin beach (translated, the beach is named White Sand), one would have to go at the “back” of the island from this view. And yes, the beach was aptly named. The main attraction of this island, aside from the white sand, was the cave people can enter. One of the things we did not expect from coming here was the density of people on the island. Again, these islands are not yet commercialized. The photos from the internet were of clean white sand beaches – boy, it was so not the case when we were there. I wonder where the Php 80/person entrance fee goes if it’s not for the proper maintenance of the island.

The cave is called Kwebang Lampas since you can exit on the other side. The water was high at the time – and I have the feeling that it’s because there were tons of people submerged in it – that getting to the cave requires swimming or scaling the rocks in the side. C and I both tried the rocks, but damn – were those sharp! Safe to say I decided on swimming to the cave by the time my legs have obvious red streaks from hitting the rocks.

Since Puting Buhangin was so crowded, we asked Kuya Raprap to bring us to a beach where there were the least amount of people. Our boat then docked at Dampalitan beach. The fact that there were no facilities on the island meant that the store sells overpriced items, aside from the Php 60/person entrance fee and Php 300/table charge. C and I chanced upon empty duyans and immediately availed of it. This place was so serene. Someone even fell asleep on bag watching duty! Hihihi!

Just to be safe from being stung by a jellyfish (not that they are abundant), most of the people were swimming inside the netted area by the beach.  The water here is so clean and pristine, and the beach is not as rocky as Puting Buhangin. It was in this place where C and I made plans of buying a beach front house of our own. Somewhere we could go to when we want to leave all our worries behind and just relax.

If there were no beer bottles, empty cups, candy wrappers and whatnot that is littered in some areas, it would have been better. I hope everyone adheres to that “take nothing but pictures, leave nothing but footsteps” line. A little discipline will go a long way in sustaining our environment. See? That small pile in the beach are trash. Ugh. I pray the residents and the local government maintain this.

After we got our dose of dozing off (get it? Hahaha!), we headed to Borawan island. Borawan is a play on Boracay and Palawan as they tout it as a mix of both. I have been to both Boracay and Palawan, but again, if they want to make this island a match, I suggest they maintain this island better. Plastic bottles can be found everywhere and some places reek of urine. It was also crazy crowded, 10/10 would not recommend.

I had on a one-piece maillot the whole time and a maxi skirt. By this time, my legs have been bruised like crazy – partly because I tripped and fell on the rocky beach. Haha!

Nobody asked us for entrance fee so I am not aware how much it is. We did have lunch here though, but if I was ever to go back to this place, I will most definitely buy packed lunch (or make my own). Our lunch cost Php 100/person, the smallest bottle of C2 included.

After having lunch, instead of paying Php 50/gallon of water to use for showering, Kuya Raprap offered their own shower for us to use. As if it was not enough, Kuya Raprap and the siblings will not take no for an answer when they offered to hail down a bus/van that will take us to Lucena Grand Terminal. The van cost Php 60/person and took longer to get to the bus terminal, and I highly recommend taking a bus to anyone who plans this route. 🙂

My legs may still be covered with scratches and bruises (they are not that noticeable now yay!), and I had to take a leave from work to relieve myself of the body ache I had endured from 5 grueling hours of minimal leg and butt space in the van ride home.. but the weekend spent with C was well worth it. It’s also nice to note that this is technically the first time we went on a couple trip; we stayed with my dad when we went to Singapore and both trips to Boracay and Bicol were with friends.