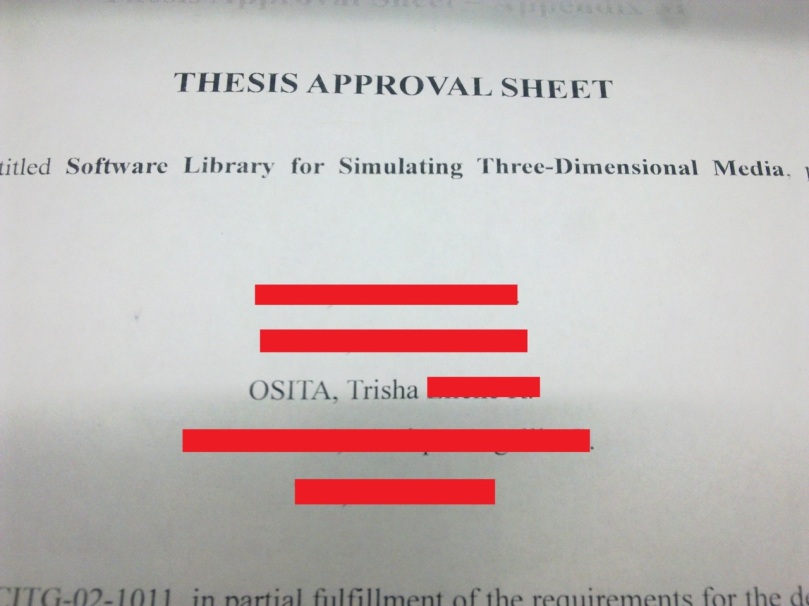 If you’ve been following me long enough, you’d know that I had to extend for two terms (six months) in college since thesis was holding me us back. I took up a four-year and one term course (thirteen terms) for five years (fifteen terms).

I know this doesn’t sound much since non-trimestral universities offer the course for the same amount of time. However, my parents pay a lot (and I’m emphasizing it for a reason, which isn’t to brag) of money so that I could attend a prestigious university. How much? Let’s just say that I realized we could afford to send around 10 students to another university and it will cost the same as my annual tuition fee.

I can’t even contain my emotions when I had to tell my mom that I would not be graduating for another term when she clearly expected for me to do so. I was so frustrated at myself for a time, not because I gave up (we dropped thesis), not only that they had to pay a hefty amount for another term (damn that miscellaneous fee!).. but I felt like I disappointed my mom. At the start of the term, she had already been telling me how proud she was of having an engineering graduate for a daughter.

However, my mom (although she nags, meddles with my life and annoys me most of the time) had been very supportive all throughout and told me she believed I’ll we’ll make it through this time around. And we did!

This may not seem like the biggest of all accomplishments, but this is it. I am finally graduating. Although I still have to fulfill a lot of other requirements, the biggest roadblock to graduation has been finally cleared!